Halloween at Low Key Hideaway and Transit to Fort Myers

Ok, time for the last blog of the travel season…I’ll still be posting over the winter but it will be from our winter home at site 101, Seminole Campground, North Fort Myers FL.

Lessee…what else happened at the Low Key Hideaway in Cedar Key…pretty much continued the pattern of nothingness. Following my last post Thursday the highlight of each day was Connie working a bit and then Happy Hour.

Saturday was…of course…Halloween…so after we ran up to Chiefland Fl about 30 miles for Mass in the late afternoon we came back to the Tiki Bar and decided to just hang out. We done the downtown Cedar Key block party too many people thing last year so since the Tiki Bar was staying open this year under the new management we figured on just staying around there.

Sure enough…out 1830 the costumes started showing up…first up was a couple with miniature cereal boxes all slit open and/or stabbed and then attached to their t-shirts. They were…obviously…cereal killers. Didn’t get a shot of them as they got away.

After that this flapper showed up.

and a shot of Neil and Connie along with Maureen the new owner of the LKH…a fun lady to be around. She claimed that she’s up early cleaning rooms in the hotel and doing laundry and such…but we only ever saw her over at the Tiki Bar celebrating. The rooms got done and laundry washed though…so mebbe she was tellin’ the truth. 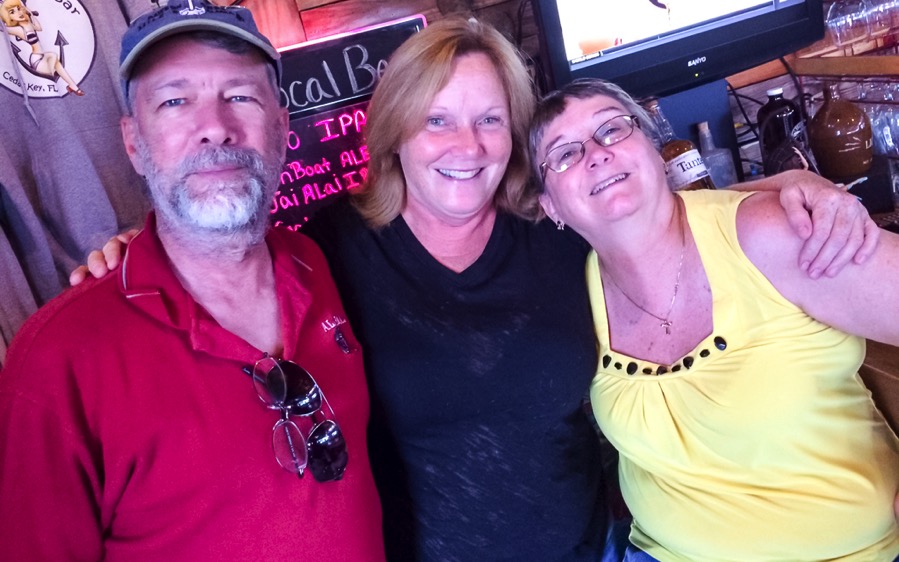 And of course what would the LKH be without sunset. 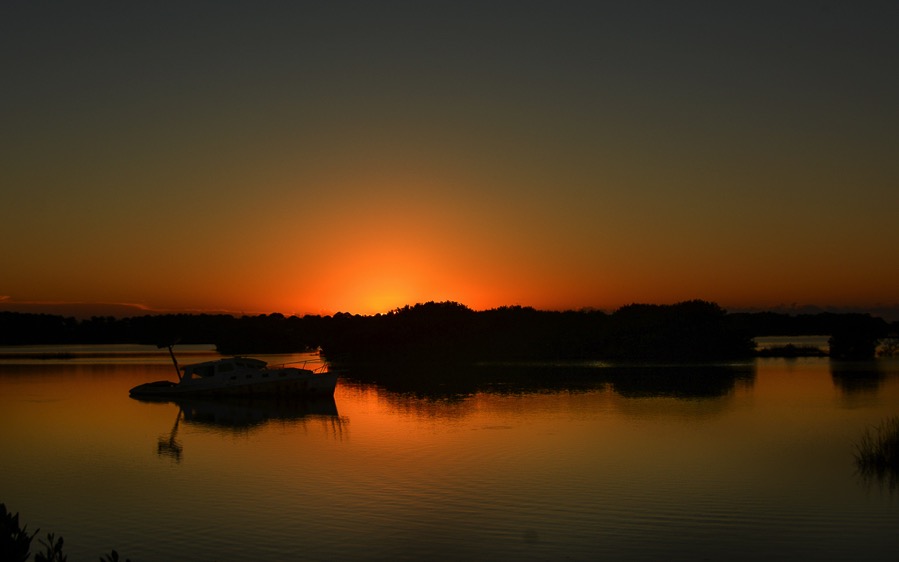 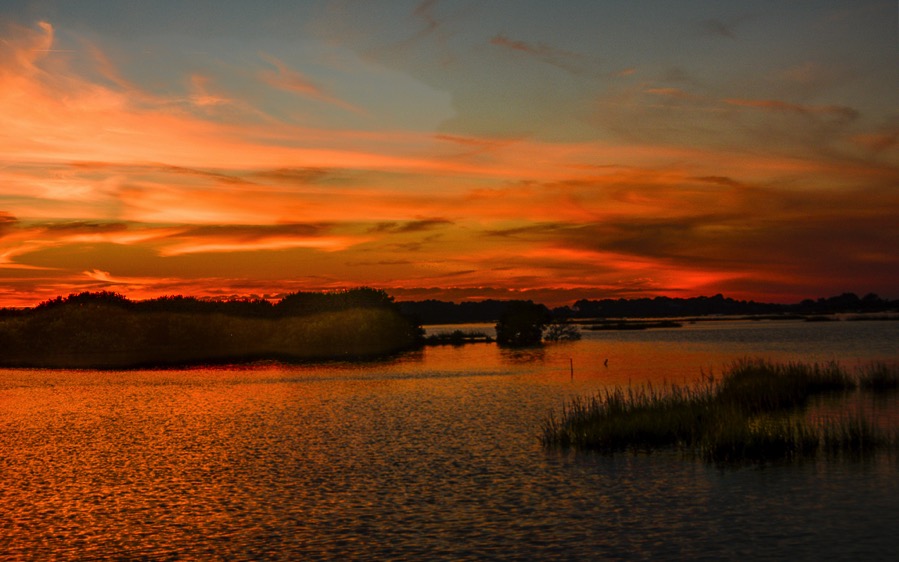 Gotta tell ya…it’s quite the nice place to decompress for a week…so good in fact that we’ll be back there the last week of October next year.

Sunday we got up early and after packing, hitching, saying our until next times to Maureen and the bunch we headed off for the final 260 miles to North Fort Myers. I gotta tell ya though…all we saw was crazy people all day…driving too fast, cutting RVs and other cars off, zipping in and out of traffic and just causing us no end of  consternation. After 100 or so miles mostly on 4 lane US-19 and US-98 we got onto I-75 and headed south. First stop after that was at a Pilot that was clearly marked as a truck stop but had no place to stop. Connie gassed up the Mazda as she was about out anyway and we headed down to the next exit hoping for a place large enough to park for lunch. We did find a McDonalds and Neil was able to find a place to park but it wasn’t easy…then the McDonalds was packed and it took awhile to get lunch. By this time Connie was frazzled, we were hot, and just plain ready to be there.

Got back on the road and did the last 150 miles or so and pulled into Seminole Campground about 1430. Nobody was at the office…but we knew where to go and got quickly backed into our usual site 101. Neil spent the next couple of hours getting some of the outside stuff setup…at least until he melted in the heat and had to give up. He got up early this morning and finished the rest of the outside stuff so we’re ready to go for the next 5 months…it was still hot but luckily he got done by 1100 or so before it got really hot.

Connie’s ready for Bingo tomorrow night and choir practice before that.