NHOG Rally and Return to Hanna

Well, nothing to really report since my last post. After our arrival in Chattanooga last Sunday we quickly got setup in site 145 at the Holiday Trav-L Park Chattanooga…which is actually in Rossville GA across the river, but I digress…then chatted with Bill and Linda for awhile before bed.

Monday was a workday…we fixed a whole passle of stuff on our rig, Bill and Linda’s rig, and Ray Danet’s rig. All were successful but it was a long hard day. After that we jumped into the rally activities which opened with a burgers and hotdogs dinner followed by introductions from all the folks attending the rally…about 32 rigs plus a couple of wannabes who don’t actually have a New Horizons yet.

Tuesday it was seminars all day then dinner in the evening. Wednesday and Friday were pretty much a repeat of Tuesday with Thursday being a free day. The highlight for us on Thursday was eating dinner out with Bill and Linda for Neil’s birthday…we had some pretty outstanding beers and a decent enough steak at Big River Grille over the state line into Tennessee.

Saturday we headed out for our return to Hanna for Connie’s scheduled eye appointment on Monday…we had to do a long day the first day…365 miles…as the NRA convention is going on in Louisville so we had to get 40 something miles past there before we could find an RV park with an open site…we ended up at a Yogi Bear campground in Scottsburg IN…quite nice for an overnight stop. Sunday we did the last 250 miles to Hanna and pulled back into our monthly site at Last Resort Campground in Hanna.

Big Red continued to do the job…pulling the rig with it is just no drama at all as the cruise control, long flat torque curve, and exhaust brake easily control speeds both up and down grades. We were never really worried even when we had BAT…but for any downgrade over about 4% we were careful to downshift early and get the speed down at the top of the descent and even then we had to periodically brake pretty hard to knock the speed down…even with the downshift we would accelerate to 70 mph then brake to 50 and repeat the process all the way down to prevent overheating. With Big Red…even on the 6% grade we ran into it was a matter of  leaving the cruise control on, let the transmission downshift then our Cummins diesel would kick the turbo boost pressure up to 40 psi or so and generate 120-150 horsepower of braking energy and the speed would just stick on whatever the cruise control was set to. No muss…no fuss.

Monday we headed up to Michigan City again for Connie’s latest followup…good news is that she’s healing nicely and was told to come back  in a month…so we’ve got another appointment scheduled for Monday June 20. In the meantime…we are going ahead over to Fairfax this Friday/Saturday to do our previously scheduled finance/dentist/Neil eye doctor appointments. After that we’ll head down to Richmond for some grand baby Alex time then we’ll come back here in 4 trips, over to SW VA and Dawson WV for a couple days each and 3 days in the Columbus OH area before arriving back here in Hanna on Friday June 17. After her next appointment…we’ll see if it’s 1 or 3 months and then make plans from there.

Neil took our 2006 Mazda 6 in for oil change and to get the dreaded check engine light repaired this week…and our service was terrible…I won’t identify the dealer (yet) as we’ve emailed the general manager to see if he is going to make it right and deserves a chance to respond before we give our review. Neil had already checked the code on the check engine light and cleared it a dozen times…keeps coming back about 5-10 miles after you clear it and it’s always code P2187 which troubleshoots to most likely a bad O2 sensor. Well…they told him there were other codes (there weren’t) and put in $541 worth of parts and said it was fixed. Drove away from the dealership…5-10 miles later it came back on. Returned to the dealership and they did more troubleshooting and decided it was a fuel pump…despite no code for low fuel pressure. Left without getting that fixed and checked the code himself again…still P2187 so at this point it looks like incompetent service techs or just over charging a passing through the area customer. Needless to say…we won’t be back.

They haven’t decided yet…but considering the fuel pump is almost $700 and the blue book value of a 10 year old 170,000 mile Mazda 6 is between $1,200 and $1,800 maximum…I doubt they’ll get it fixed. Since Connie can’t probably drive for another couple of months and we were going to have to store it anyway it’s probably time to just donate it to a worthy cause and replace it once we get back to Seminole in the fall. Not sure yet though…but for the 3 weeks we’re going to be gone this time the owner here at Last Resort Campground in Hanna offered us a corner to park it in.

Interesting things of the week.

The internet is really just the modern day version of ancient Egypt.

The most pointless bridge ever. 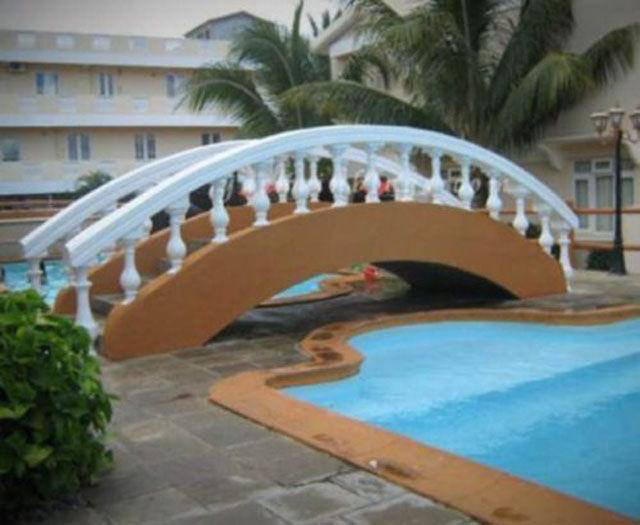 And what would have been an important safety notice if we had actually made it into Canada this summer…although I’m not really sure there are any grizzly bears in eastern Canada. 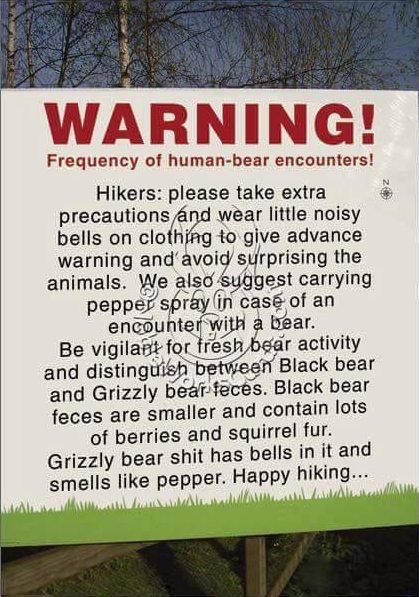 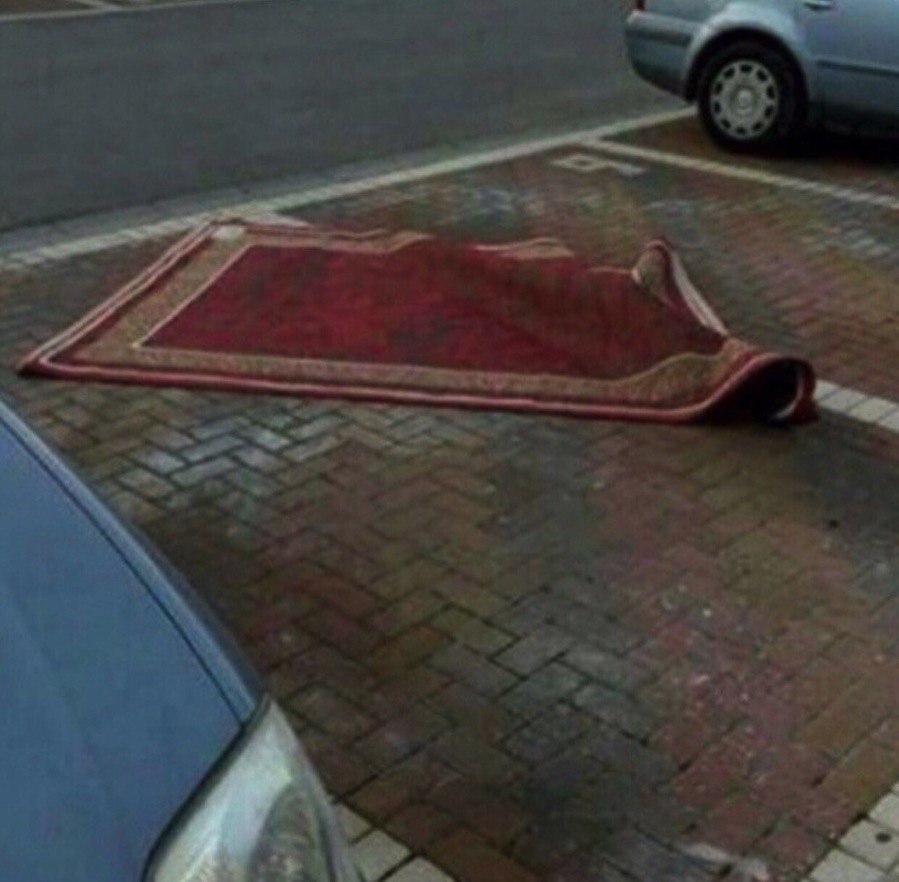 2 Responses to NHOG Rally and Return to Hanna