Well…here we are back in Junction Cit KS at Camp New Horizons…the one place we hoped never to have to come back to. However…a month or so back we got a crack in our drivers side fiberglass while leveling the rig and discovered several more smaller ones. They’re all on the driver’s side and investigation showed that New Horizons had a design issue with the way they hung the walls on the rigs. They’ve since changed their installation methods to resolve the issue but older rigs need fixing.

I’m getting ahead of myself though…early Saturday morning we pulled out of Casey IL for the trip west. Essentially we had about 580 miles straight down I-70. The KOA we were at in Casey was about  a half mile from 70, our overnight stop was likewise right at the exit, and New Horizons is right near the exit in Junction city. We pulled into RV Express in Boonville MO right on schedule about 1500…and man was it hot. Had to be in the high 90s and humidity. RV Express is well…basically a dump. It’s a gravel parking lot behind a gas station with full hookups in it. Honor pay system…fill out the form, put in your $25 and stick it in a slot. They had wifi but it was lousy. They had water but we still had enough for overnight so Neil didn’t even hook ours up. They had sewer…which was good since we didn’t dump in Casey…our site was water/electric only and the dump station was not big rig friendly…so by theme Sunday rolled around we hadn’t dumped since Wednesday afternoon when we arrived in Casey and took a detour through a full hookup site that was reserved but not filled up yet. Fifty amp power… they had…which was definitely a necessity with the hot weather, but it still took about 3-4 hours to get the rig cooled down. Dinner was a sandwich from Subway since we didn’t unhitch Big Red, then we watched TV and went to bed.

Early Sunday morning Connie made coffee, Neil walked across the street to McDonalds for breakfast, we dumped tanks, torqued the trailer lug nuts again…this will be an ongoing evolution for at least 5-6 travel days from Elkhart as they take forever to finally not lose a little torque as you travel. After that we hit the road and basically only stopped for bathroom breaks until we got to Junction City KS with a granola bar and cookies for lunch. After wending through some construction as you get off the exit onto US-77 we did the last mile over to the factory. Both sites in front of the service bay were already full…which means they didn’t get last week’s repairs done last week…which means they’re first on the list for this week before we even get started. We pulled around the south side of the building and plugged in power and fired up the A/C units…luckily it was cloudy in Junction City so the rig didn’t get as hot as it did on Saturday. We headed over to the Elks Lodge for a couple of brews while the cooling thing was happening, then ran by Walmart and picked up a $4.78 rotisserie chicken for dinner. Back at the rig…it was cool so we had chicken, some chilled pineapple from the fridge, and a glass of wine for dinner before watching TV until bedtime.

So we’re going to get our cracks fixed that we already have…they have several methods of fixing them depending on where they are, how big, and various other things I don’t know about. Some of it might require a trip to the paint booth overnight. In addition to the repairs…if there are other potential cracking spots they have some preventive measures they can take to keep additional cracks from forming…I wouldn’t be surprised if they make us pay for those but again, we’ll see.

We also discovered an issue with our living room A/C unit last night…during the thunderstorm last night…well, actually about 0400 or so this morning…Connie got water dripped on her foot. We discovered about a half cup had come out of one of the A/C vents…it’s the one closest to the hole in the roof where the A/C connects to the ductwork. Neil talked to Ken this AM to see if the seal was a typical failure item…he said it’s not but will check out a couple other possible leakage places that they know about. We’ve had this happen once before during a really heavy storm…not sure where it’s coming in but our friend Bill Napier had a similar problem down in FL last winter and they looked around for a couple of hours trying to figure it out. Hopefully it’s something easy.

Monday…it rained most of the morning, but then we weren’t going to get started anyway. Neil will see Ken early Tuesday to give him a written list of what we need done and then we’ll go from there. I’ll frankly be amazed if we’re done this week but hopefully by Tuesday or Wednesday next week we’ll be able to head out of here and start east/south.

Connie and Neil talked about our general plan once we leave here. We have a reservation in Jacksonville FL at the Pelican Roost RV Park on the Navy base the last week and a reservation near Columbia SC to visit Congaree National Park for a few days before that…and then a reservation at Seminole in North Fort Myers starting September 1. We’re due to arrive in Columbia on Aug 19 and it’s about 1,200 miles there so call it either 4 or 5 travel days depending on stops. Assuming we have enough time to stop on the way and still get to Columbia on time…we’ll stop for a few days either at Carlyle COE campground on Carlyle Lake in southern IL or Cedar Creek COE in Tennessee. Then we’ll stop by Knoxville for a night to see Neil’s sister MJ before pressing onto Columbia.

On arrival in North Fort Myers on September 1…Connie has an appointment with her regular opthamologist for a baseline post retina separation evaluation…then one on Sep 14 with the retina specialist at Bascom Palmer Eye Institute (run by the University of Miami medical school) branch in Naples. From there we’ll map out the rest of her treatment plan.

No Fun Stuff© since we left…and probably won’t be any here in Junction City as the weather is supposed to be brutal all week.

This guy has a Sikh sense of humor

Thanks for clearing that up mate. 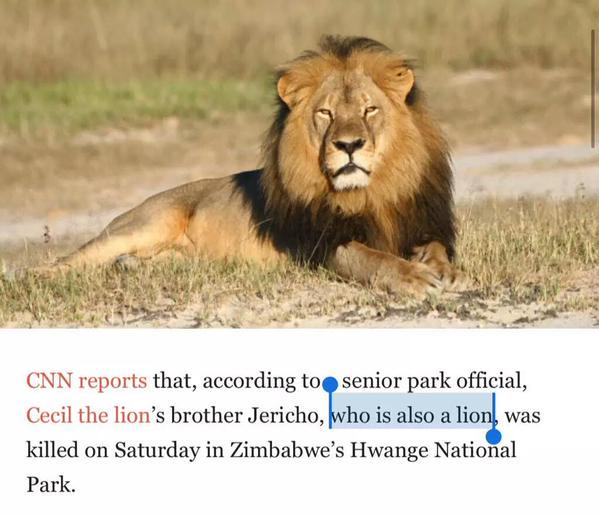 The unknown hazards of being awell-endowed woman.

I don’t think Noah was so smart after all. 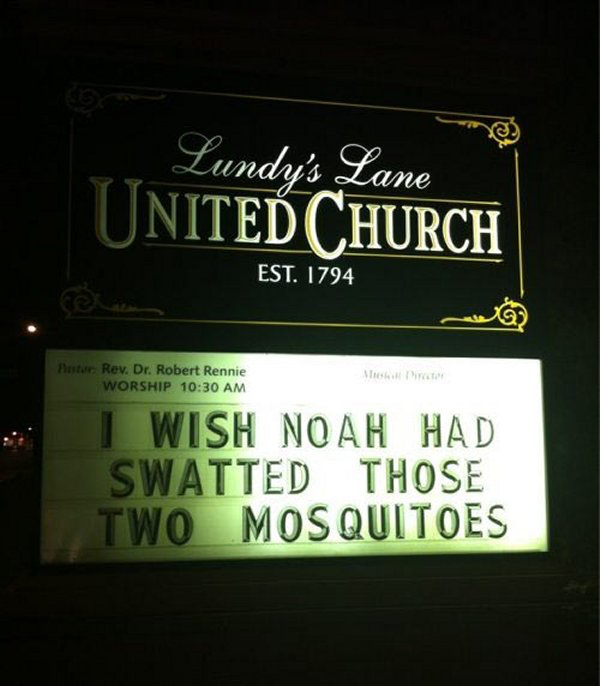