With our work in Green River done…we headed out Friday morning for the 180 mile transit to Delta UT. Although it was a relatively short day…we were still up and starting to get ready for the move by 0700. The reason is that our sole Fun Stuff© stop in Delta…the Topaz Museum (which ain’t whatcha think)…isn’t open on Sunday. Therefore…we needed to get to Delta early enough to get parked and setup and still visit the museum before it closes for the day at 1700.

Leaving Green River…we headed west on I-70/US-50 past the turnoff for UT-24 where we headed south to Capitol Reef the day before. The road then had a pretty steep grade for about 3 miles as we climbed to the top of the Waterpocket Fold that forms the western backbone of the park. Up close…the fold is a pretty impressive obstacle…but unfortunately there was no place to stop for an up close photo

We did stop at the Black Canyon viewpoint at the top for a couple of photos…then continued on west to Salina UT. Unbeknownst to us…there were another couple of summits we would also need head across…they were labeled summits at the top rather than passes…I’m not sure what the difference is as both pretty much looked like passes through the mountains to us. Once we got to Salina…US-50 diverged from the freeway and we continued west to the intersection with I-15, south a couple of exits, then back off onto 50 for the last 35 miles or so into Delta.

Black Canyon view from the top of the Waterpocket Fold.

We pulled into Antelope Valley RV Park and checked in…the lady at the desk took our money and told us to pick a spot and come back after to tell her which one we took. We got one on the back row away from the road…site 28…since it had good satellite visibility and backed up to the fields south of the campground. We grabbed a bite for lunch and did enough setup to let us start our dishwasher as it was full…then headed off to the Topaz Museum.

You’ll recall that awhile back over in Kansas…we attempted to visit the Granada Relocation Center…or Camp Amache. This was one of the 10 relocation camps where both Japanese nationals and US citizens of Japanese descent were essentially placed into concentration camps after the bombing at Pearl Harbor in December 1941. This was not one of our government’s finest moments…as a later study showed that exactly zero instances of sabotage or anything else supporting the Japanese government during WWII was performed or attempted by anyone of Japanese ancestry. The whole thing was essentially a hysteria induced detention of primarily US citizens…despite it being strongly argued against by many in the administration…including the director of the FBI Herbert Hoover. I can’t imagine that anything similar would happen today…although there are a lot of eerie parallels to the way that US citizens who originated in the Middle East or have Arabic sounding names have been treated since 9/11. Like the Japanese during WWII…a lot of US citizens have been painted with labels that they don’t deserve. Yes…I know that Saudi based terrorists were responsible for that attack…but there’s still a lot of hysteria going around about folks that look like the 9/11 plotters or have names that sound like them. Many US citizens…both naturalized and native born…have been tarred with the brush of undeserved responsibility for those attacks.

Anyway…after all the Japanese and Japanese Americans were essentially kicked out of their homes, businesses, jobs, and lives on the west coast with basically a 1 week notice…they were moved to relocation centers primarily located in the west. Two of these were Camp Amache in Kansas…which you’ll recall we tried to visit a few weeks back but were stopped by the muddy clay roads…and a town in Utah named Topaz.

Once the detainees were allowed to leave in early 1945 and return to their homes…most of the ones in Topaz were from the San Francisco Bay Area…the camp itself was dismantled and sold…almost like the government wanted to eliminate all traces of something they knew was just wrong. Luckily a couple of original buildings and many artifacts were rescued from loss, largely through the efforts of the camp staff and other local residents here in Delta.

Topaz itself was located about 5 miles north of Delta in the middle of the desert…and was the home of 7,000 or so detainees from mid 1942 to early 1945.

One local resident of Delta…came home after the war and was horrified by the treatment of his fellow citizens…and started a campaign to construct a museum dedicated to the camp. It existed in a small building for a number of years but was eventually replaced by the current building.

Shells collected locally, bleached, and assembled into jewelry and other small decorative items by the detainees for sale. 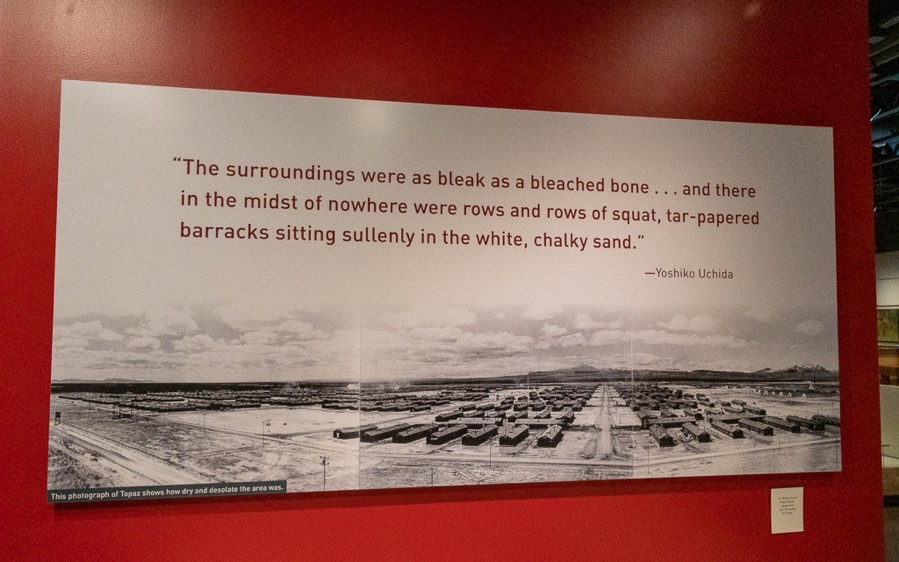 Reproduction of one of the barracks rooms…a family of 8 shared this one with the parents and two small children in this room and the four older children in an identical adjacent room. Each block in the camp had 16 barracks each with 4 rooms this size, a latrine, mess hell, and recreation room. 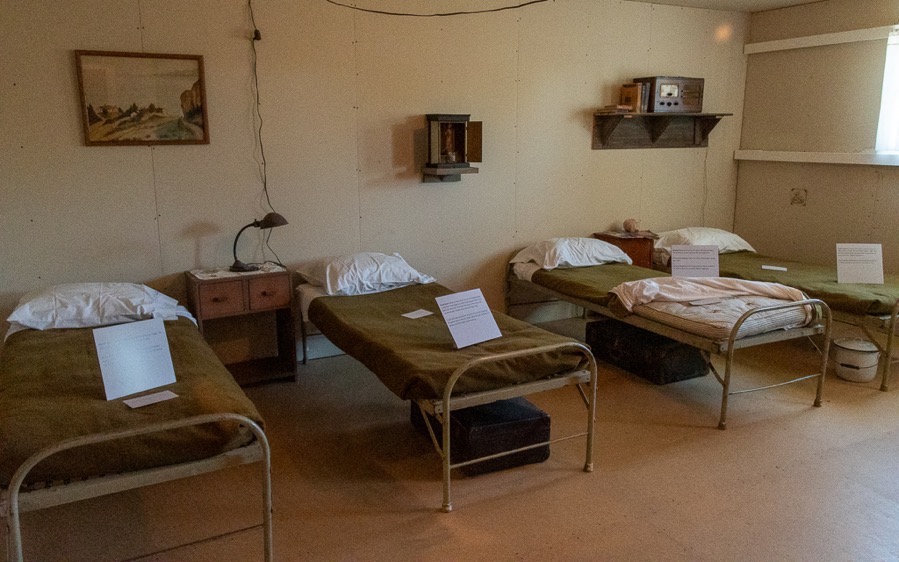 This is an actual recreation room from one of the blocks…since the entire camp was torn down and sold I presume that a local purchased the building and then donated it for reconstruction later to the museum. 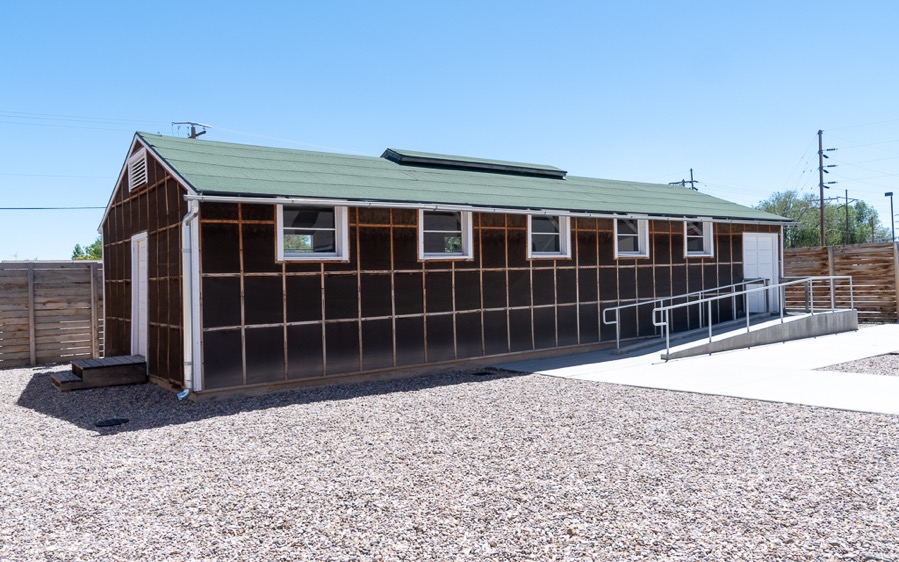 All in all…a pretty nice little museum dedicated to one of our country’s less than stellar moments in history. I can sort of understand the problem the administration faced back then…with the culture differences between Japan and the US…the government was concerned that some of the Japanese here were spies or saboteurs who had been secretly placed there by the Japanese government before the war. Not a correct assumption…but given the times…it is at least understandable if not acceptable.

That was our sole reason for stopping here in Delta…we headed home and had a steak for dinner. Sunday was church and some planning for our next few stops and Monday we’ll head another 90 miles west to Baker NV…where we’ll pick up the start of the “Loneliest Road in America”…US-50 across Nevada.