And We Are Homeowners Again

Actually…we were homeowners already…it was just that our home had wheels underneath it and a really big back yard consisting of North America…but that’s another discussion. What I’m talking about is that as of yesterday we are the owners of a normal house…what RVers call a sticks and bricks or S&B…we closed on our home in the Magnolia Landing development in North Fort Myers. The good news is that it is a really nice house in a gated community and St. Therese where we attend Mass is just across US-41 maybe a half mile from home. The…well not bad but not as good I guess is the best way to put it…is that it isn’t any closer to the Elks or Legion than we used to be…although both are pretty much a straight shot down US-41 from Magnolia Landing and driving wise it is a little quicker and with less traffic to deal with.

I am sitting here in the living room in my zero gravity recliner…the house is not furnished yet with the exception of our waterbed headboard which arrived today. The waterbed itself shows up tomorrow and Neil and Connie will be heading off this afternoon after her Ladies of Elks meeting to see about rectifying that little problem.

Our current plans are to start moving stuff from the rig over to the house and coordinate that with furniture deliveries and cable/internet installation and we’ll probably shift sleeping and main occupancy to the house sometime in mid to late February…we still need to run up to Richmond to pick up the stuff in our storage unit and the will happen in early March we think.

We also need to get with the spa company to get ours installed…get new grills…get a freezer and second fridge for the garage and various other moving in stuff…along with some new computer toys of course and the 65 inch OLED TV we picked out.

Front view with Li’l Red in the drive. The house is concrete block with stucco over it in construction and has a tile roof for maximum hurricane protection.

After entering the front door the office and second bedroom are off to the left in a separate wing and the main living area is straight ahead. This was taken from the right front corner of the dining room area looking across to the lanai door. The living room is on the right and the entertainment center will be on the wall in front of where the recliners are currently sitting with the master door between where Neil was standing for this shot and the TV which you would be looking at the right side in profile if (a) it was there yet and (b) if he had turned slightly to his right. Inside is drywall with stone tile in the living area and carpet in the bedrooms.

Turned to his left to get the kitchen…Neil is going to love cooking in here. The only problem is that because the house has 10 foot ceilings the cabinets are pretty hard to reach the top shelves…so we’ll just keep infrequently used stuff up there. The white door is the pantry.

This is the front bedroom in the left side wing…we’ll use it for our office. The third bedroom is immediately to the right of this one with the second bath in-between them.

Looking out from the corner of our lanai…the grills will be on the wall to the right and the spa in one of the two outside corners. 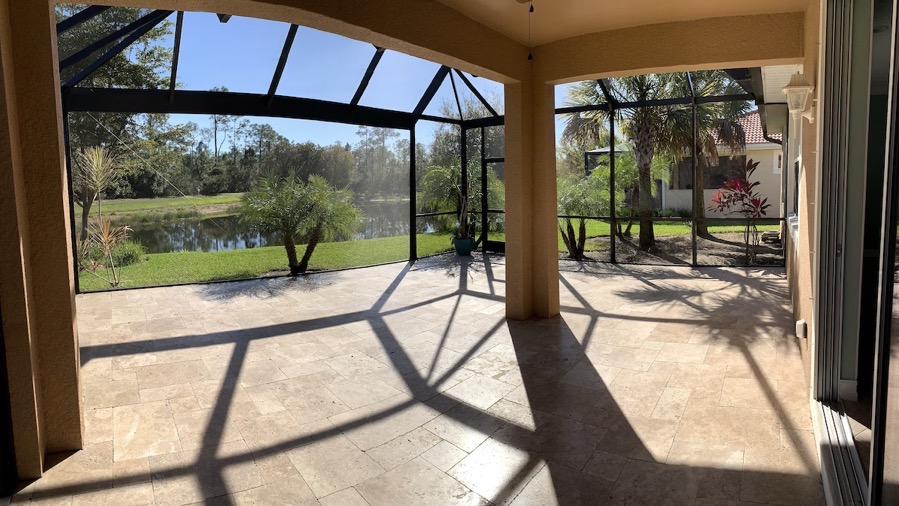 The view out to our pond from the lanai…going to be a great place to have coffee in the mornings and watch the sun come up. 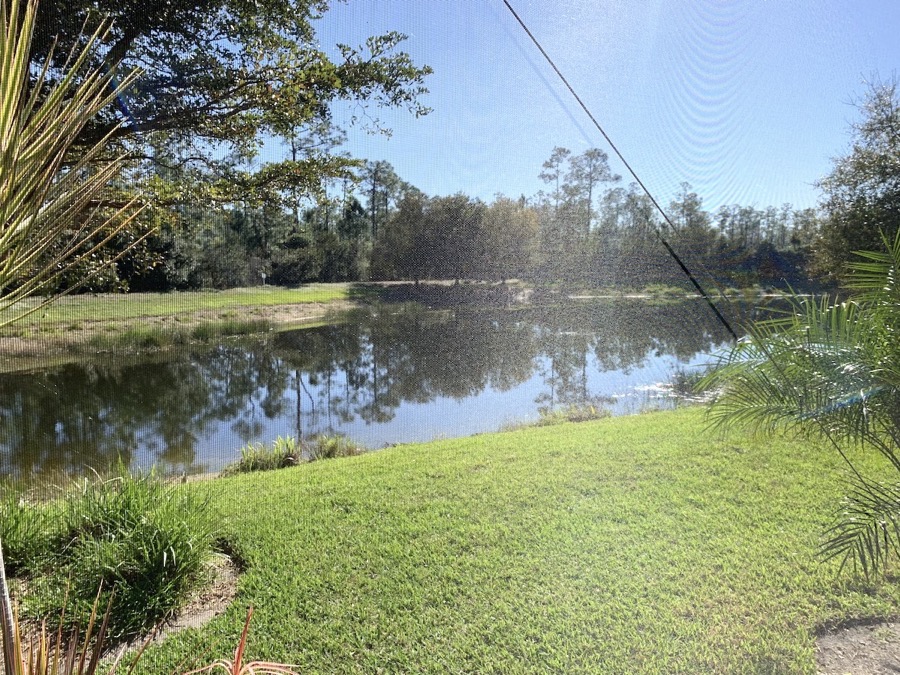 I’ll post some more shots as we get stuff delivered…I’m posting this on Saturday and we got our new soft side waterbed installed yesterday…looking forward to sleeping in it as it is far and away the most comfortable bed we’ve ever had. The Sleep Number is way better than a normal mattress but still is lacking compared to a waterbed. The nice thing is that waterbed tech has improved considerably since 1976 when we bought ours…no more hard side and just a sheet and mattress pad over the water bladder. Now they have soft side ones that sit on a metal frame above the floor like a standard bed and a pillow top covering over the water bladders…yup, two separate water bladders, heaters, and thermostats so Connie can keep hers at sauna like temperatures while Neil goes for a bit below body temperature. We still need to attach our headboard…the “standard” bracket they delivered doesn’t fit our headboard but we talked to the dealer today and he’s got extender plates for the brackets that will solve the problem. He’s up in Port Charlotte about 30 miles north of the house…but we’re headed off to Sarasota tomorrow for a symphony concert anyway and he’s open on Sunday afternoons so we’ll stop in on the way north and pick them. Neil had a plan to solve the problem but it sounds like bracket extenders will solve the problem more easily.

So far…we’ve bot the bed delivered. Thursday we get nightstands, dining table and chairs, counter height stools for our eat-at bar, and a table to go between our recliners. The TV stand won’t get delivered until mid February so we’ll also order our new 65 inch OLED TV in time to support that delivery as well as our cable and internet hookup…which will be significantly cheaper than what we’re paying in the RV. In the rig we are paying 160 a month for DirecTV and another 65 for our Verizon MiFi internet device…our Premium channel package and gigabit internet will run us just 110 a month.

We also ordered our new recliners…and can anybody tell me why the leather ones are so much more comfortable to sit in than the fabric covered ones? I’m not talking about the smoothness of the leather vs the texture of the fabric…but the chairs themselves outside of the covering are just so much more comfy in the leather ones. We found one that had motors in it to raise the footrest, recline the back, elevate the head rest, and also for the lumbar support area…Connie says it is the most comfortable chair she ever sat in. We decided that the motors were just more stuff to break and they were $2500 apiece anyway. We ended up with standard LazyBoy recliners, rocker style with manual raise and lowering of the footrest upholstered in burgundy leather…less than half the price of the super duper one. They’ll get delivered next month as will the TV stand as I mentioned above. With all of those in place…we’ll have enough furniture to live in the house so will probably move our base of operations over to the house in late February or early March.

Our new neighborhood is going to be nice…we’ve already met Tom the self declared Mayor of Long Pond Road who lives 2 doors down (he was the first owner on the road so he appointed himself)…quite a character as is Lennie who we met walking his poodle-something mixes, two females who clearly didn’t like each other. Connie has already decided we’re going to get our door modified with the leaded glass insert…there is a company in town that makes them for $1200 and then they come out, cut the door and insert the glass panel…she saw Tom’s and said “I want one”.

We spent most of Friday afternoon sitting out on the lanai waiting on the waterbed assembler to arrive…we can see that we’ll be spending a lot of time out there in the future.

I would give you an eagle update…but the baby E14 died this week of unknown causes. The folks from CROW, the local animal rescue/rehabilitation organization came and picked up the carcass with their bucket truck and will be doing a necropsy (which is just like an autopsy except on animals instead of a human) to figure out why. While the other egg never hatched, I don’t think anybody has a guess on why that happened but E14 seemed pretty healthy and was eating well but it obviously had something wrong with it. 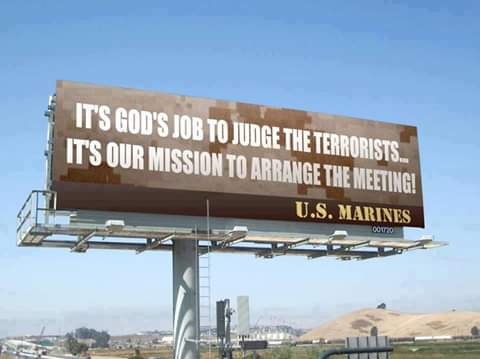 It turns out that 99 squared is a number that has some neat properties…or at least its reciprocal does. Take at look…and for single digit numbers like 0 through 9 just consider them as 2 digit numbers 00 through 09. 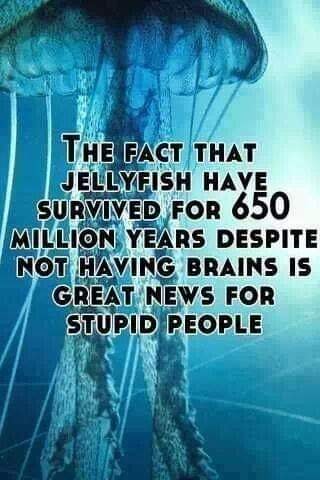