Well…it’s Christmas time…so no examples of stupidity political or otherwise today…but then there really hasn’t been any more since my last post.

So with no further ado…

While we can’t always be with all of our friends and family…there is always FaceTime…which we’ll be doing with Alex and the kids tomorrow.

First up…for younger readers of the male persuasion…it’s been well known since forever that one high priority item for them is to separate cute young ladies from their delicate underthings…and they strike out far more than they hit a home run to bring in a euphemism from an earlier time…at least Neil and most of his friend did…and today we finally know the rest of the story as Paul Harvey used to say.

You can head over to
this post at Nick Russell’s Gypsy Journal blog for all the details…and he tells the story much better than the synopsis below…but the gist of the story is that back when Nick and Miss Terry first started blogging they went to Maine where she grew up and by happenstance there was and Escapees rally just a few miles away. They attended and met lots of friends they didn’t know yet…like the RVers they would eventually be for 18 years or something like that…and it turned out that this was the Annual Chapter 3 Rally…at which the Miss Brewer Beauty Contest was conducted. Lucky male club members are selected to dress up in women’s clothing…all the way down to the aforementioned delicate underthings. Nick details how putting on a bra, pantyhose, and makeup was a whole lotta trouble…and then proceeds to give his lady readers credit as he has newfound respect for the things they go through on a daily basis…or as Neil puts it…the Price of Being Beautiful©.

Then he goes on to say “wait a minute…now I know why I was so unsuccessful at luring innocent women out of those mysterious garments…because they were so hard to get into that it wasn’t his fault he was unsuccessful…it was simply because it was to save themselves from the ritual of dressing again afterwards.

Anyways…heck over to Nick’s blog…it’s a great daily read as they navigate their now “off the road” life in New Smyrna Beach over on the east coast of Florida.

Back last Wednesday…Connie and the rest of her choir from Church headed over to a local retirement home to sing Christmas Carols for an hour or so. It was great…the audience was appreciative…well, except for the senile one who kept wandering around and picking fights with the other residents…eventually the staff got her to get her walker and politely escorted her back to her room or maybe solitary confinement for all I know. 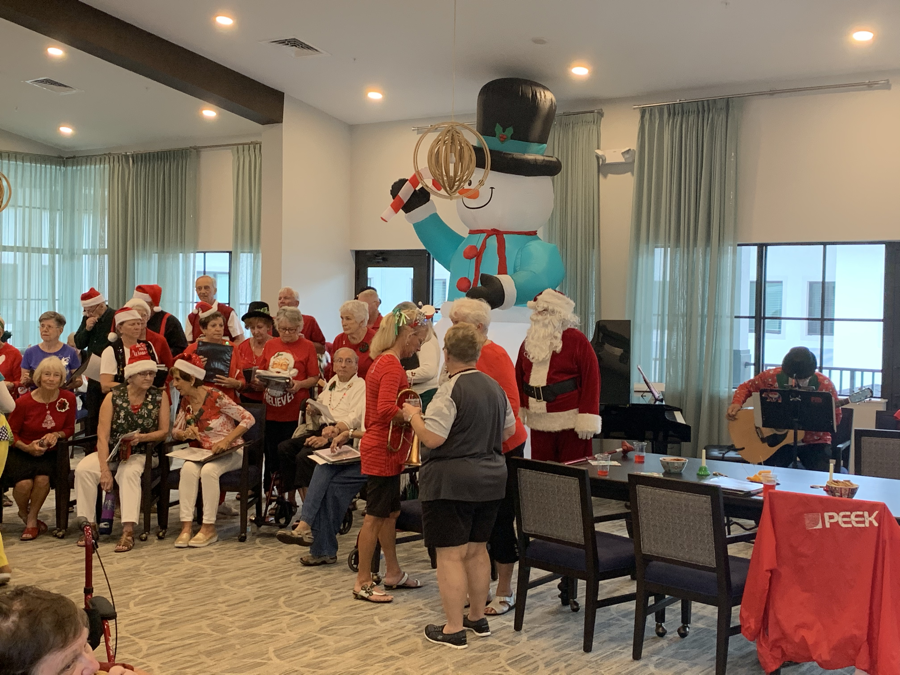 She was going to go in these ugly flat dark red velvet shoes…but Neil convinced her that she would (a) look much more lady like (hey, he is old fashioned ya know) and (b) much more festive and stylish…if she wore her bright red stilettos. She grumped about it a bit…and said her feet hurt some after standing for an hour in them…but sure enough she got 3 compliments from other ladies in the choir about how stylish and festive she was. Guess she should listen to him more often, eh?

We’re headed off to Midnight Mass in a few hours…’cept Midnight Mass is at 1600 in the afternoon down here. Father Tom talked on Sunday last about the Christmas Mass schedule and relayed a story about his first year down here. At that time a parish up in Venice had a new pastor and when he discovered that there hadn’t been a Midnight Mass in 20something years he schedule one…it had the whole multiple celebrants, 2 dozen altar boys, choir, orchestra and the whole shebang…and 48 people showed up.

Down here in Old People Country©…Midnight Mass is in the afternoon so all the blue hairs can get home before dark.

The lamb chops…well they’re marinating in tasty stuff for tomorrow’s date with them on the barbie…and the sweet taters are baked so they are ready to be turned into cinnamon caramelized sweet taters tomorrow. Neil even got some Jack Daniels to go into our post Mass eggnog along with a baguette that he will make into a French Bread Pizza for dinner…although actually it’s a Ciabatta baguette so maybe it’s an Italian Bread Pizza instead…whatevers.

He’s got double digit price per bottle red, white, and rose wines all ready to do…so we have what you would call…options…for later on and tomorrow. The forecast…well for tonight it will get down to a bone chilling 60 and up tomorrow the the mid to high 70s…it’s gonna be brutal I tellya but we’ll struggle on through somehow. I could tell you how we’ll have to walk 20 miles to Midnight Mass and back…through heavy snow…uphill both ways…like our parents used to do back in the day…but yeah…it’s definitely not going to be a white Christmas down here.

Here’s a blast from the past…this was taken at last year’s Midnight Mass…the guy lost a bet and had to dress up that way. You can’t see her feet but trust me…they were clad in bright red sparkly 5 inch heels and with the length of that dress…well, her legs went on forever it seemed like. Mebbe we’ll see her agin’.

On to a few holiday themed interesting things I found on the internet. 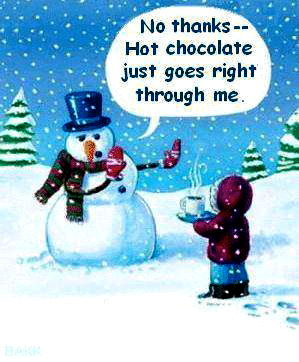 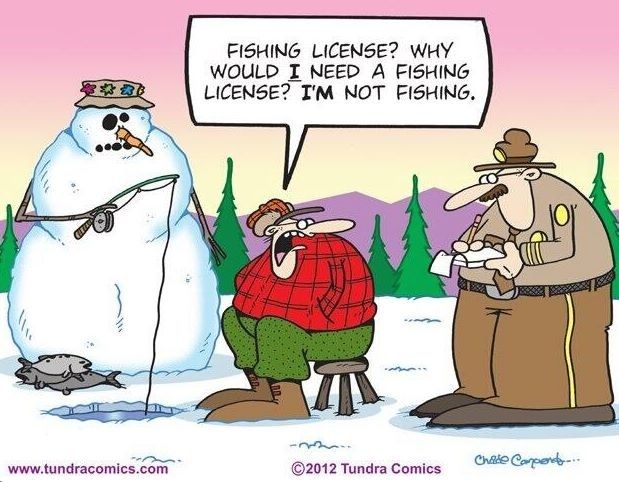 And this one…everybody knows that Santa comes from the North Pole…but just where exactly is the North Pole. It’s simple really…you can just google it…it is right there where the red pin is on the map below. We know…because we wuz there back in 2015 on our Alaska caravan…ifn ya go and check out
this link…ya’ll will learn all ‘bout it…there’s pictures and everything of his house at 110 Saint Nicholas Lane, North Pole, AK. 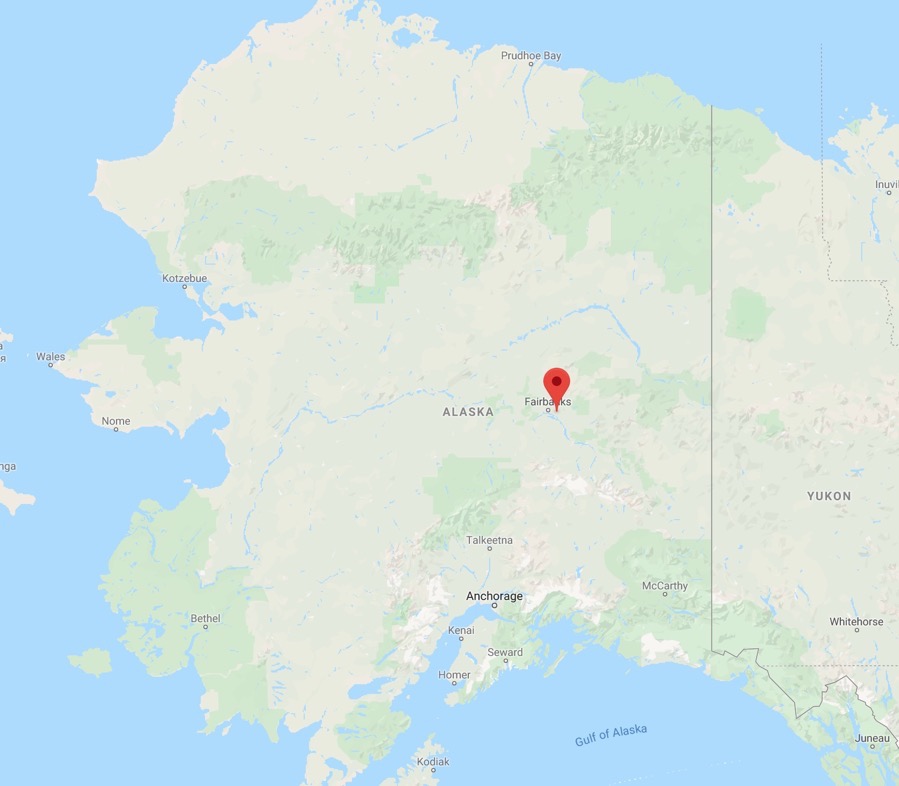 Now that we know the North Pole is located in the middle of Alaska…the obvious next question is…just how big is Alaska…so I found the below image to show you…it’s a same size projection map to give you the most accurate representation possible. If you dumped it down on the lower 48…it would go from Californiastan over to Florida east to west and from Wisconsin to Florida north to south. It’s so big that it has 60% of all the National Park Land in the entire country located within its 24 National Park Service units…just the 8 official National Parks alone comprise 33 million acres or 51,500 square miles…those parks alone would be the 25th largest state…and the largest…Wrangell-Saint Elias at 8.3 million acres is larger than 9 states all by itself.

While how far away Alaska is depends on where you live and whether you measure by “crow files” mile or “miles along the road”…it’s about 17,500 miles by road from southwest Florida there and back. 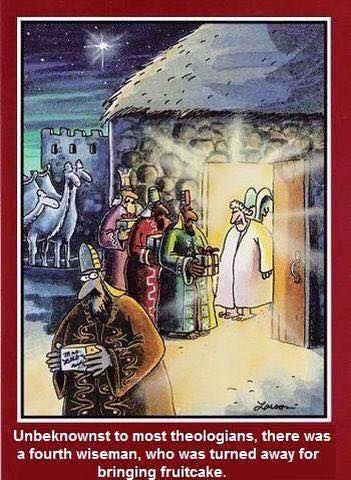