The Adults are South Dakotans

Well, the adults got back yesterday from their quickie trip up to South Dakota…and amazingly enough they got there and back with hardly any bad weather. The first two days were very nice driving; the third day they ran into about 2-3 hours of rain/snow mix with an accumulation of maybe ½ inch of slush on the road but basically were able to keep to freeway speeds. Coming back they again had nice weather; good thing they’re not going this week as Chicago, South Dakota and the rest of the midwest are all getting some heavy snow now.

Round trip was about 3500 miles or so. They got domiciled and the car registered in South Dakota in about 2 hours total on Tuesday morning; the folks at the Americas Mailbox mailing service said that the lines were long but apparently they’ve never been in Navy lines or Virginia DMV lines. The line at the drivers license place was exactly 1 person in front of them…the line at the County Courthouse to get the car title/tags was a bit longer but was still only 6 or 7 people and they had just enough time to fill out the forms before they were called.

While they were in Rapid City they drove down to look at Mount Rushmore…it was sort of cool they said but both were amazed that the carvings are actually a lot smaller than they look in most pictures. Each face is only about 50 or so feet high…most pictures make them look considerably larger.

After completing their domicile related business; they checked out of their hotel and headed east. It was only about noon so they decided to drive through Badlands National Park. They figured it would be sort of so-so but since it was on the way east figured it was worth the short side trip off the freeway. It turned out to be way cooler than they thought; the vies of the badly eroded areas were spectacular. On the drive through the park they stopped and took a lot of photos with both their camera as well as the panorama mode in their iPhones. They saw less than 10 cars total in 3 hours in the park, went on a 2 mile hike through what is called the Notch area, and saw much wildlife…buffalo, mule deer, the prairie dog town and either a coyote or a gray wolf (although it disappeared into the brush too quickly for them to get a photo for positive identification). 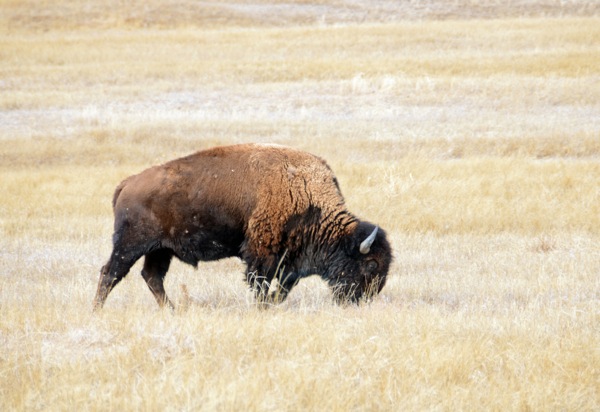 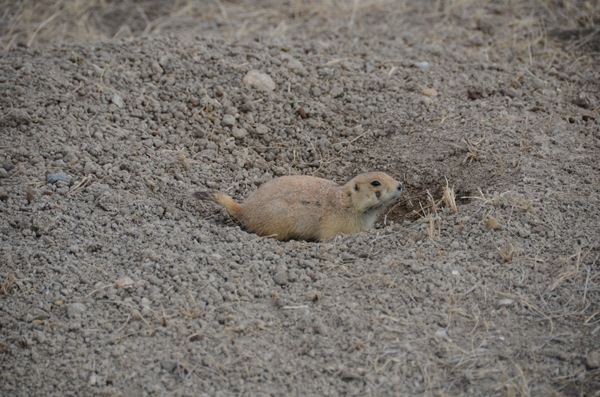 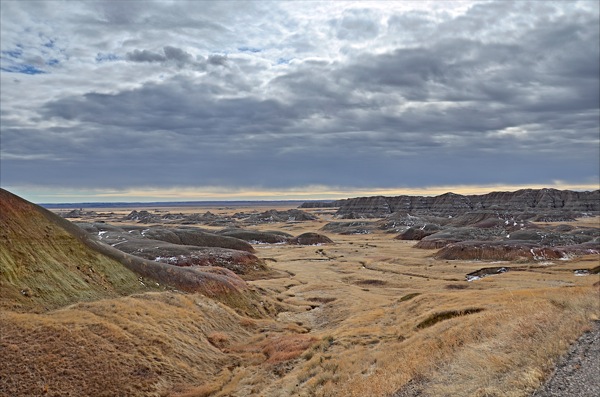 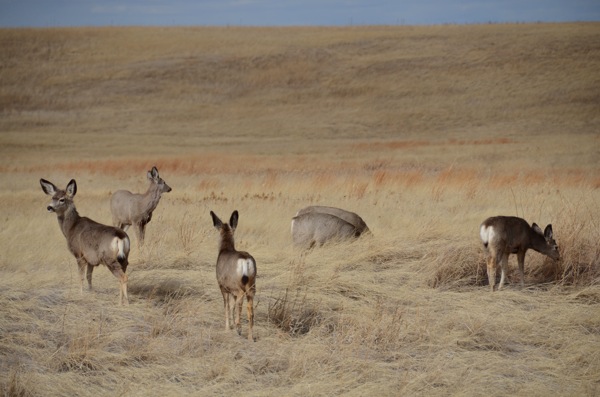 After their sojourn through the park they headed east another couple hundred miles, spent the night, and then rinse/repeat the next two days finally arriving home yesterday tired but with a successful trip in the books. They got word from New Horizons that production has started on their new home.

That’s about it…tomorrow it’s back to the grind for them getting the non-mobile house ready to go on the market…cyas.

The full time RV travels and experiences of Gunther the Bear and Kara the Dog…along with their human staff neil and Connie.
View all posts by Gunther →
This entry was posted in RV. Bookmark the permalink.