Today was a pretty good day. Beautiful weather, clear and cool. Connie started off with a couple of hours of work and then we headed off on fun stuff. First stop was the Acadia National Park visitor center to get some maps and figure out our next destination. After quickly reviewing the brochures we decided on a drive up to the top of Cadillac Mountain which is the highest peak not only on the park but on the eastern seaboard. Beautiful views of Bar Harbor, the cruise ship anchored out in the port, and vistas over Mount Desert Island (which contains the national park. We also got a nice panorama of Goat Head Lake.

Following that we headed over to Great Head which is a little peninsula looking over the Atlantic just south of Bar Harbor. Looking at the map it looked like an easy 2 mile or so hike in a loop around the headland. In actuality; the hike out was pretty nice but on the way back it turned into your basic goat path climb over the rocks for a mile back. Quite a workout and Connie really wasn’t too happy about some of the rocks she had to climb down. The lack of depth perception and her ongoing inner ear/balance problems made her pretty scairt about going down in several places. Luckily Neil was along to go down first and guide her down and eventually we got back.

Along the way we saw a lobstah field. This is an area in the ocean where there are lots of lobstah buoys which mark the location of traps…we got a close up view of the Catman harvesting some of the catch while sitting on the point. 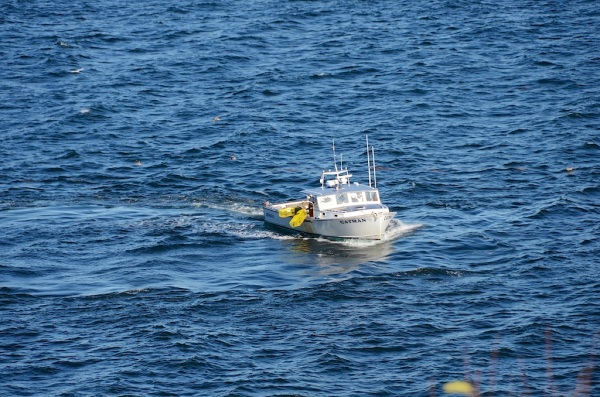 On the way back we climbed up, down, up, down, up down, up down, and so on and so forth until finally getting back to the car. On the way back we passed Sand Beach…which while it looks like a perfectly normal beach is actually the only sandy beach on the Maine coast. Here’s a shot of what the trail looked like as well…it was like this for about a mile on the way back to the car. We also saw some wild turkeys but none of those photos turned out well enough to post…we couldn’t get close enough originally and by the time we could drive a little closer a car came up behind us and scared them off. 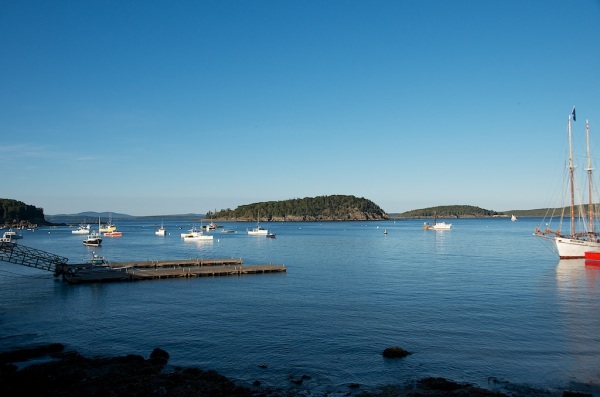 before heading back to the rig and a pork and sweet potato hash dinner along with a wine cooler. Yum. Tomorrow it’s the Park Loop Road; a 27 mile one way loop around the major highlights of the park. We’ll post some more pics of the great views later.