Today we decided to have some fun stuff after working yesterday. So; after eating breakfast and starting some short ribs in the crock pot for dinner we headed off about 20 miles for a hike in the Okaloacoochee Slough State Forest; specifically on the Tram Loop Trail. This was a nice 4.5 mile hike out and back on a road into the slough area of the forest. A slough is sort of a cross between a prairie and a wetland…it’s too dry to really be considered a swamp but too wet to be considered grassland. Lots of little ponds and wet areas interspersed between large areas of grass. Here is a picture of what one looks like. 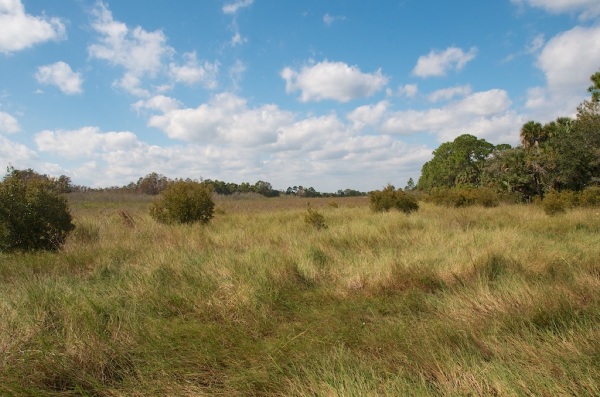 As you can see; it looks pretty dry but looks are deceiving. After about a mile we had a choice to continue on the road or take a side loop onto an unimproved portion of the trail. We tried to side trail but after 50 yards or so gave it up since nobody brought along their hip waders and it would have gotten pretty messy if we continued. So; back to the road to continue our hike. Connie found a nice butterfly 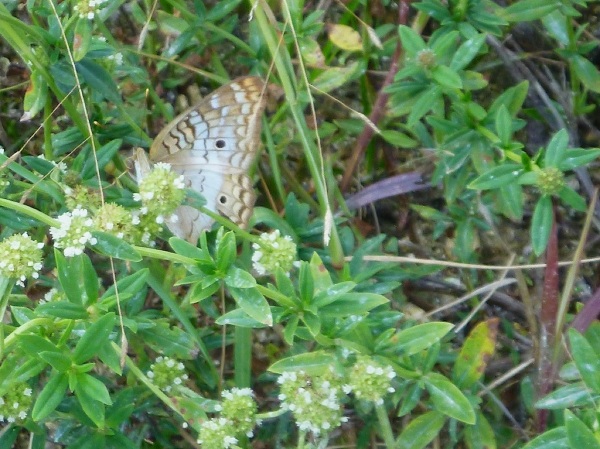 while she was on her safari 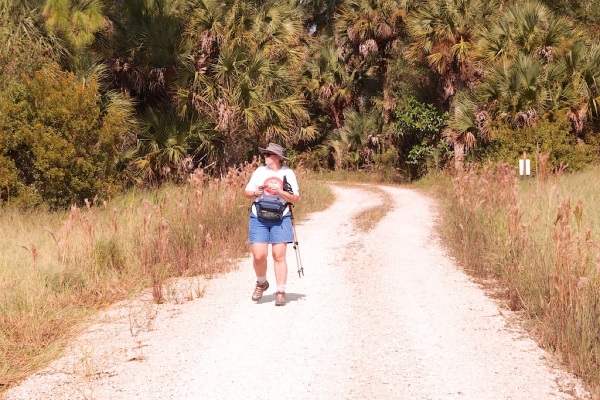 We ran into this really huge flock of some sort of small birds; Connie thought she had been transplanted into a Hitchcock movie 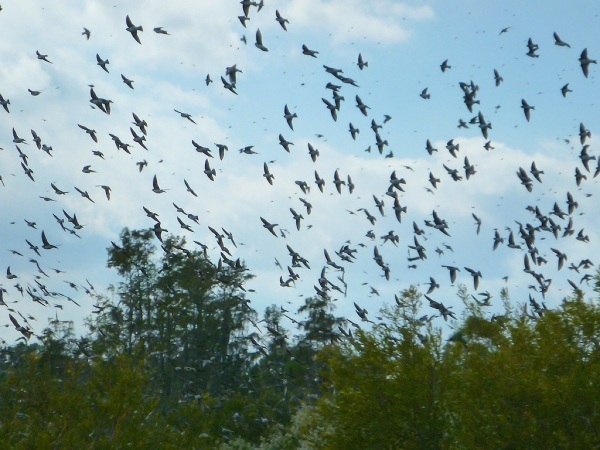 We also saw this baby snake; we think it was a Black Racer but since it was a snake decided not to muck with it to make sure. 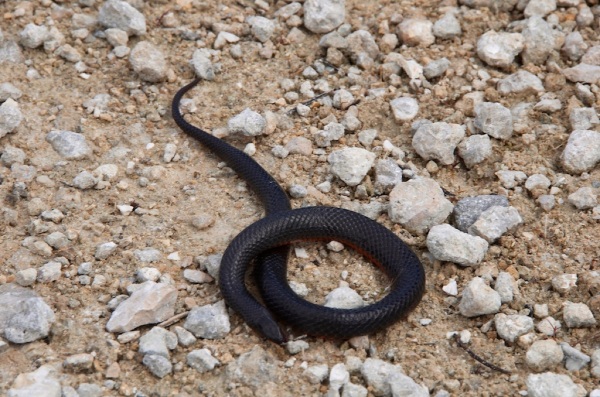 Along the way we also saw a Red Shouldered Hawk, a Great White Heron, and a Bald Eagle. We should be seeing plenty more of all of those the next  3 months as we head out into the Everglades. 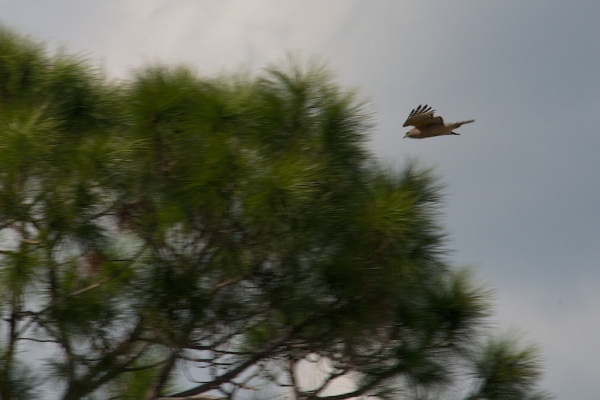 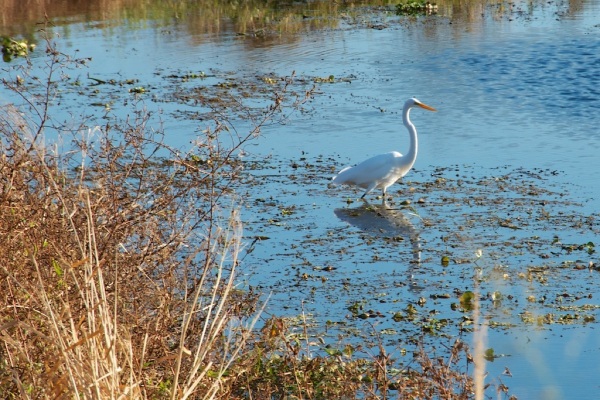 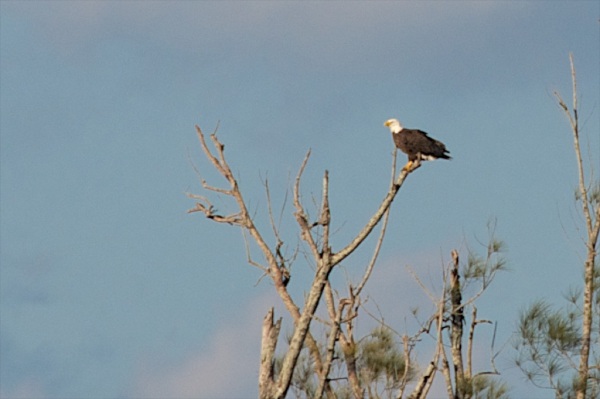 The eagle kind of lost a lot of detail because it was really far out there and Neil had to crop the shot way down with Photoshop so it was more than just a black dot. I was hoping he would take off and fly but no luck with this one.

After the main part of the hike we stopped by the boardwalk area that extends out into the marsh. It was the middle of the afternoon so we didn’t see any wildlife but we did have a nice nap in the sun for 10 minutes or so. After that we headed home for a shower then a beer outside the rig watching the Blue Herons and Anhingas in the river behind our site until it was time for dinner.

Dinner was the previously mentioned Beef Short Ribs…Neil cooked them in the crock pot with some onions, garlic, carrots and a spare beer. The final sauce was thickened with a bit of red wine and some chocolate which made it really yummy. Served over some scratch made biscuits with a bit more of the red wine. Dessert will be some ice cream in a bit then we’ll watch TV until bedtime.

Tomorrow, who knows…Connie hasn’t told us the plans yet.

1 Response to Hike at the Okaloacoochee Slough State Forest