Not much doing since we got back from Key West; Connie has been catching up on work from the 3 days she was off, Neil did some maintenance items around the house and ran/biked, we went up to the pool to cool off a bit; and we made some pretty decent dinners.

Friday night was a pot luck at the park; Neil made Nestles Quik brownies and they disappeared pretty quickly. We sampled a dozen or so other really good dishes as well along with some wine coolers we carried up from the house.

Connie went and got her nails done and the stylist was really, really, really slow…took her almost 3 hours to finish. She’s been to this salon before but the nail person left so one of the hair stylists was doing nails. Not too bad of a job…just slow since she doesn’t do them much.

Tonight Neil has some chicken out for dinner; he’s still thinking about what to do with it. He’s thinking mexican style with black beans and rice but it’s still under dynamic observation as they say.

Tomorrow we’re going off on a kayak trip; we’re going to go down to the nearby launch point on the Caloosahatchee River and paddle about 3 miles upstream to the Manatee Park and back…although we’re thinking about using two cars and making it a one way paddle, he’s gotta talk some more with Connie about it.

Here are a couple more shots of the sunset we watched in Key West…just to put something nice to look at in the blog. 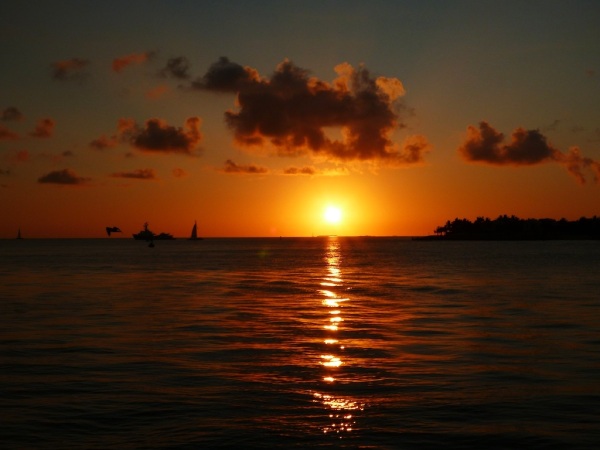 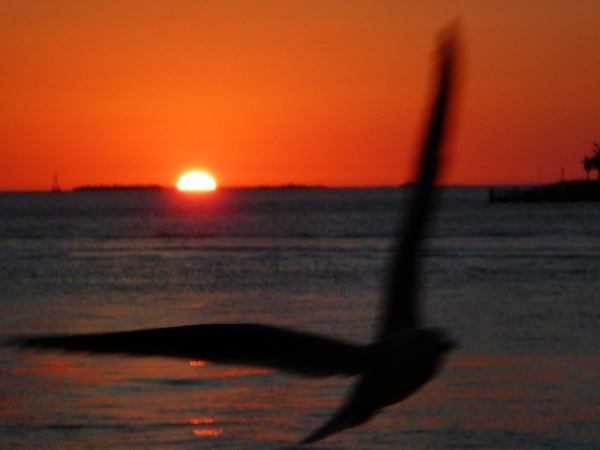 I kinda like the  gull one with the motion blur. This was actually an accident; the gull flew into the frame, Neil didn’t even know it was there.