Monday we just stayed around the rig and worked…the only thing that really happened was we saw this Hermit Thrush outside the rig…Neil grabbed a shot through the window before he flew away.

Dinner last night was at Wentzels…we only ate cooked oysters but one of them must have been going bad as Connie was awake a lot last night with tummy issues. Neil woke up with them so he was running about 6 hours behind her symptoms. The good news is that he knew he would get better; the bad news was that he had to suck it up for the morning while we headed out on our travels.

First stop was the Catholic Cemetery over in Mobile to visit Neil’s parents grave site and install some flowers (well, it was actually our second stop…the first one was at a Krispy Kreme for some still hot from the fryer Original Glazed Donuts for breakfast. Quite yummy!!).The ones on the right side are the ones we added; the left must have been left by one of Neil’s brothers who still live in Mobile. 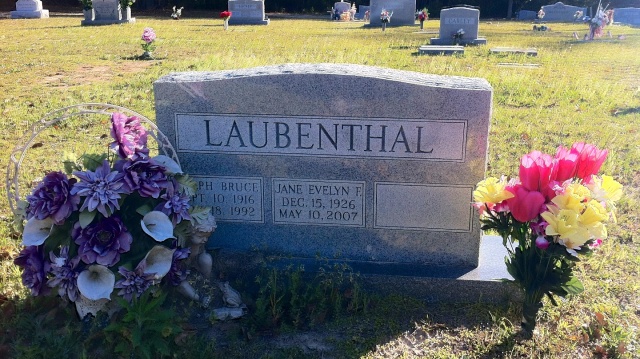 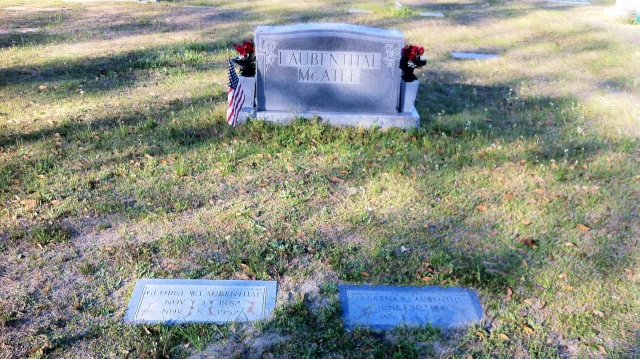 and while we looked around and found a lot of other Laubenthal plots we did not find his great grandparents site. After that we ran over to his cousin Greg’s law office; Greg is the lawyer for the Laubenthal Land and Timber Company. We needed to handle some signatures/witnessing to transfer the stock into joint survivorship…and had a nice visit with Greg while we were handling the paperwork. Following that we headed off to Bellingrath Gardens south of Mobile down towards Dauphin Island. This estate was originally a fishing camp that was purchased as a home by Walter Bellingrath who owned the original Coca Cola bottling franchise in Mobile in 1917. He and his wife built quite opulent gardens and opened them to the public in the mid 1930’s or so. Construction of the gardens continued until he died in 1955…the estate was then left in trust for future generations to enjoy. We got mostly flower pictures, I won’t try to identify the individual types since there are over 500 different types of flowering plants on the grounds. 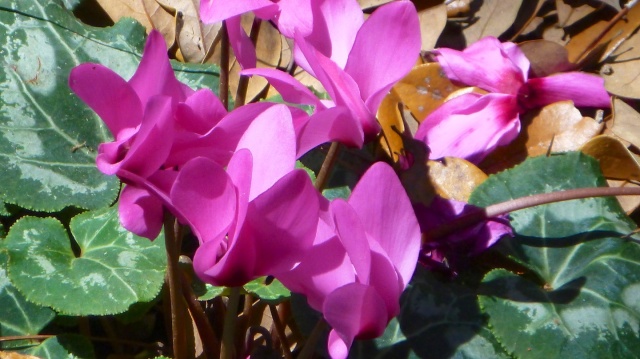 It was really hard to pick just a few to publish…but the good news is I have plenty left to use for future posts that don’t have anything to illustrate them.

We also found a neat fountain 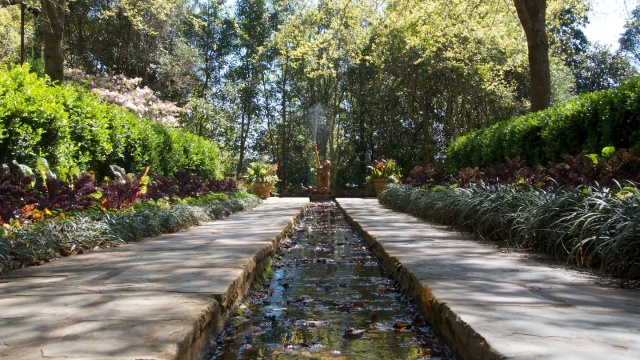 There is this really nice little chapel adjoining one of the original guest houses on the property that now houses a collection of Boehm porcelain sculptures (mostly birds, we have a few reproductions of them ourselves although we left them in storage since they are fragile). 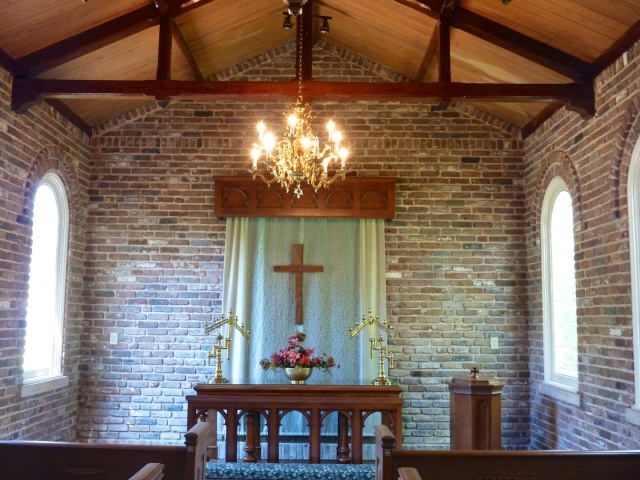 And Neil decided he needed to look like a bull rider with this bronze lion we stumbled across.

Then, on a walk on the boardwalk through the estuary we spotted a Northern River Otter

and finally got a nice overview of the Mirror Lake which separates the house (which we didn’t tour) from the main garden section on the property.

along with a number of walkways, small waterfalls, and contemplation areas (we made plentiful use of these for resting as we were getting sort of tired by this time.

As a Coke bottler Mr. Bellingrath would have loved this touch.

Finally, as we departed the Asian garden we spotted this Red Headed Woodpecker overhead 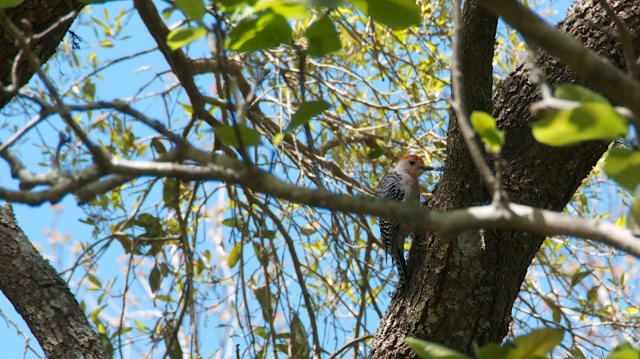 and with that our tour ended. By this time it was after 1330 and we were getting pretty hungry. Connie had some meatloaf and Neil was finally feeling better enough to eat something so had some homemade chicken noodle soup. After that we headed home…stopping on the way at Winn Dixie to pick up some Italian Ice for dessert and than we spotted a Wendy’s across the street so we had a couple of small vanilla Frosty’s for afternoon snack; those really hit the spot. We got back to the rig about 1600 and after spending a few minutes while Connie tried again to solve a crisis for one of her students (it got solved but wasn’t optimum) we had a nap until it was time for dinner. Our original plan was to eat at Lulu’s…but given our tummy issues last night decided to just have a wine cooler and a couple of Chicken Pot Pies (Marie Callendar’s; the best we’ve found).

Tomorrow is another work day; Connie has a lot of irons in the fire right now so Neil will probably grab the “offsite” backup disks from BAT and the car and update our backups that we keep not in the house in case the worst happens.