Today turned out to be a pretty good day. We woke up to a partly cloudy sky but by 1000 or so it had cleared up and looked pretty nice; so after breakfast and coffee we headed out to our Fun Stuff for the day (well, actually we would have headed out even if it hadn’t been beautiful, but I digress) at Fort Edmonton.

Fort Edmonton is the preserved original Hudson Bay Company fort that was the central trading post for this region back in the mid 1800’s. Along with it are a couple of streets of the original settlement of Edmonton including a bunch of relocated buildings from back in the 1800s and early 1900s.

After a 15 or so mile drive we parked and headed into the Fort itself. Our first stop was the steam powered train that took us from the visitor center at the front back to the Fort itself at the rear of the park; this is one of the few steam locomotives still operating in Canada. 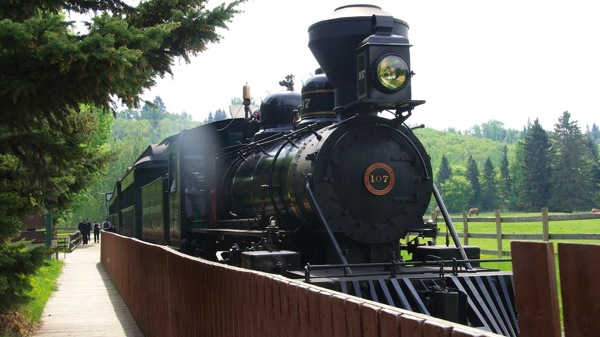 We had a seat on the second dar you can see for the mile or so ride back to the fort which borders the North Saskatchewan River. Once off the train we got some views of the outside of the fort itself 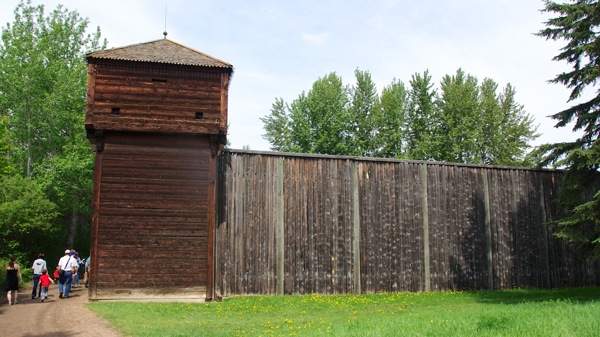 and then headed inside. Right near the entrance we spotted the official Fort Privy; we’re sure glad our house has indoor plumbing and we don’t’ have to put up with this. 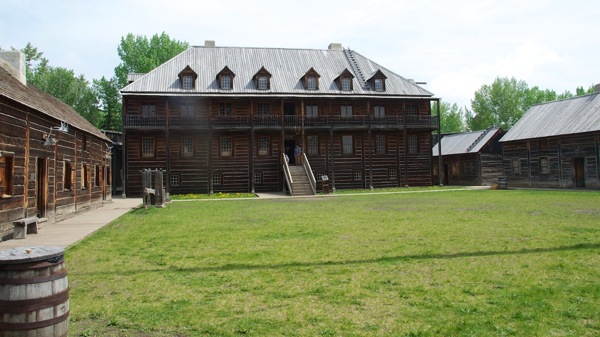 and then we spotted the oven that they baked their bread in. Our Breville 800 do it all Toaster Oven is so much more convenient than this; we’re sure glad we have it.

and then got to the real reason the Fort even existed; the fur trade. Here’s a picture of a Beaver pelt 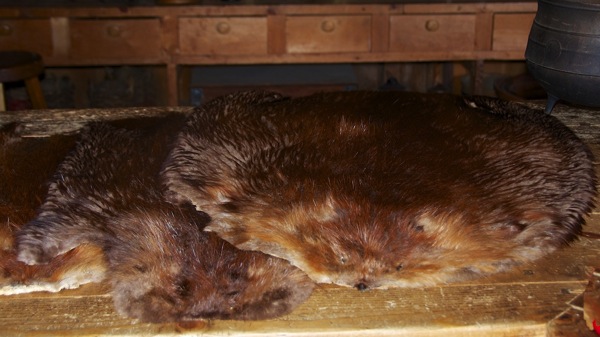 While in this trading post area of the Fort we talked to a reenactors who was manning the trading post and found a bunch of facts we didn’t know about before. For instance; no money was used up here; the unit of monetary exchange was the Beaver. All other pelts were valued in terms of how many Beavers they were worth and goods were priced in Beavers. One guy asked why they used Beavers and the reenactor said it was similar to the trade down in the US where the unit of exchange was a deer (or buck) skin…this is (according to him, don’t know if this is true or not) why the US dollar is known as a buck.

The other really interesting thing we learned was that in Canada they shave their Beavers!! Really. Looking at the  pelt above; the brownish outer fur bristles you see are known as Guard Quills and they were pulled out and packaged for sending to furniture makers for use as stuffing in cushions. Underneath the beaver has fine interlocking black fur; this was shaved off and made into felt for use in hats; a typical top hat in London cost 50 pounds which was about a year’s wages for an average laborer. We always thought they made beaver hats out of the fur itself…and had no idea that they actually shaved their beavers before making the hats. Once the fur was all removed from the pelt the leather was sold to glove makers and used to make primarily ladies gloves since it’s a really soft leather.

Connie got a close up of the Fort Managers house…which also served as the administration building.

Moving along outside of the Fort we visited the Cree Indian encampment; these were the local Indians back in the 1800’s. We sampled their fried bread known as bannock…it has raisins in it and was pretty good.

and then passed through into the early 1900s section of town where we visited the Firehouse with a couple of old time fire engines; the hook and ladder is on the right. 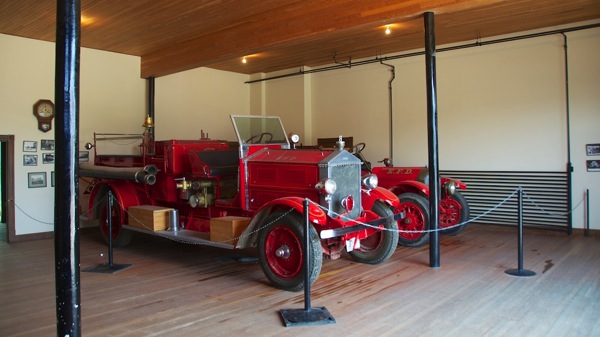 We also spotted these guys driving around in an early model Chevy pickup truck…looks like BAT’s ancestor!! 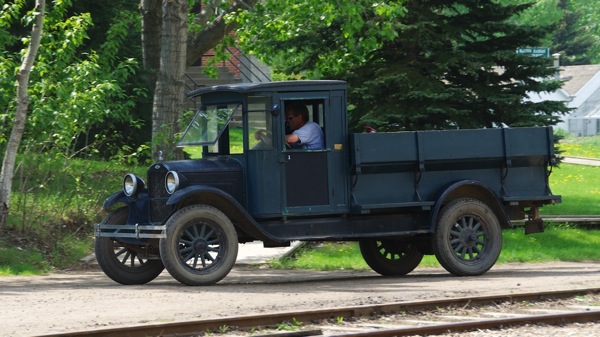 We visited the local Catholic Church

and spotted the mosque across the street…we had no idea that there were Muslims here back in the 1800s. 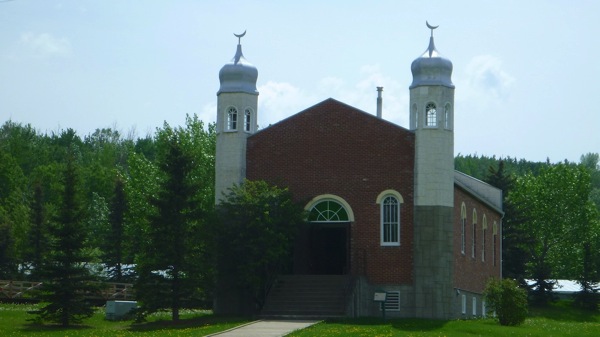 After this we wandered by the airfield and the Midway with carnival rides…but by that time we were getting tired so we headed back to the car and for home. On the way we spotted a Costco…which meant we could go in and get more chocolate covered raisins…these are one of Neil’s favorite snacks and the ones from Costco taste so much better than just about any other brand.

Getting home we had a nap and a shower and plotted out the rest of our weekend here in Edmonton. Tomorrow we’re going to a bird sanctuary for a hike and then we have the Saint Saëns concert tomorrow night. Sunday it’s supposed to rain so we’re just going to visit Spruce Grove and watch the Star Trek movie that came out a couple of weeks ago. Monday we’re off to Jasper and then Banff for a couple weeks before heading west and then south back into the US.

Dinner was some Roasted Garlic Quinoa with chicken and onions and some baked Winter Squash which Neil doctored up with brown sugar, cinnamon, toasted pecans, and butter. It was really tasty and we had a wine cooler with it. We’re almost out of wine so getting more wine and some groceries is on our list for tomorrow or Sunday.