I know that none of ya’ll want to hear about this…what with that snow, ice, and single digit temperatures ya’ been sufferin through…but it was 87 yesterday and 83 today. Really warm, lots of humidity in the mornings and not too much breeze. Neil like to melted on his bike ride.

Connie recovered pretty quickly from her procedure on Monday and by yesterday afternoon was feeling pretty much back to normal. We ate some leftover chicken and stuffing for dinner and then went on down to Bingo. She didn’t win…but kept having multiple places on a single card where she only needed one number to win…but naturally they didn’t call any of the 4 or 5 numbers that would have won her the pot. Drats.

Today she had another preventive maintenance appointment with the OB/GYN (well, only the GYN part I guess) doctor she sees down here. All checked out OK and she’s got her booby smashing appointment set for 3 weeks although the exam by the doctor says that they’re OK.

Neil replaced the motor in our broken fan…which didn’t solve the problem so he talked to the tech guys again and they’re sending him a replacement circuit board; hopefully that will fix the problem.

Our TV part came in…got installed…Connie picked up the TV today and we reinstalled it on the mount. Doesn’t our TV lift look much better with an actual TV installed on it. Connie was worried that it might not b back before the ‘lympics starts tomorrow night…that’s her favorite TV show of all time. 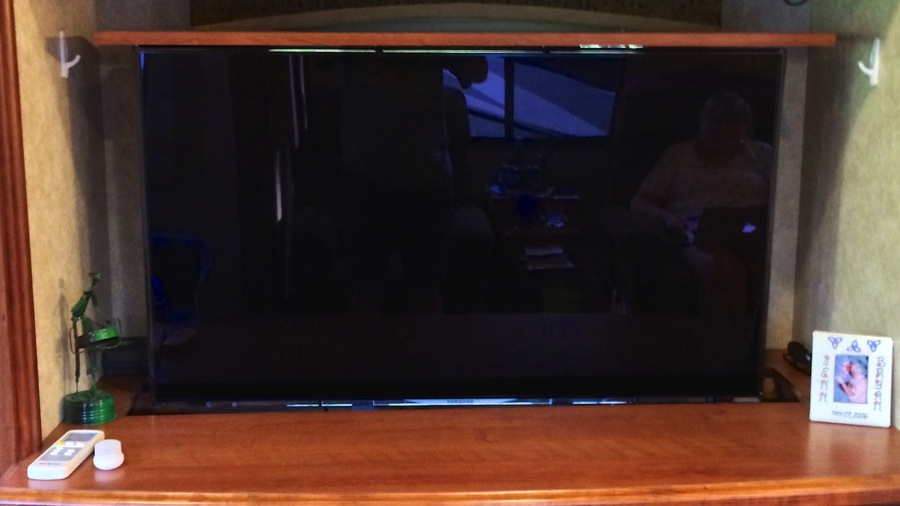 We’ve been stuck with a single channel (CNN on our iPads) for the past 3 weeks and are really glad to have it back and working again.

Neil forgot to give me this picture to post of a wood stork that he got the other day down by the eagles nest…so I made him hand it over. 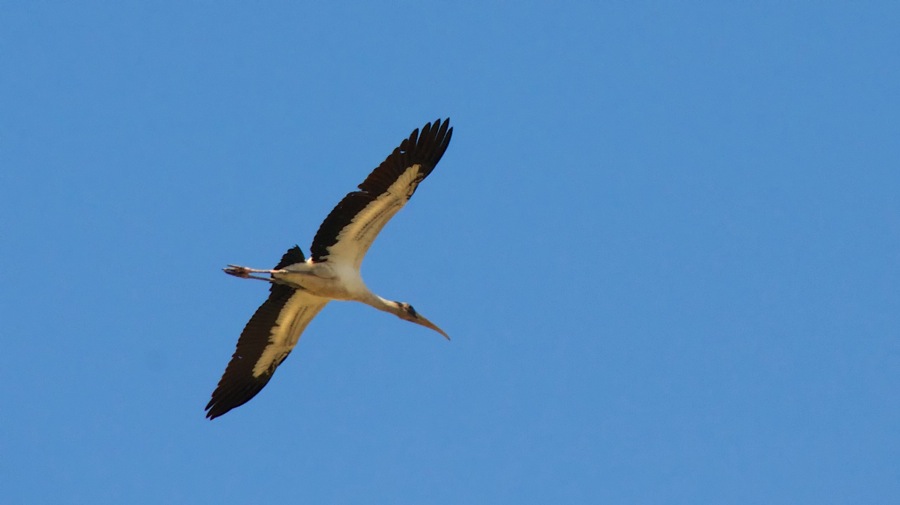 Tonight is Italian Sausage sammy’s…we got a loaf of french bread for a buck at the Elks…they get all of the leftovers from the Publix to support the lodge. Fry up a couple of sausages, add some pizza sauce and Parmesan cheese and toss on a toasted baguette and it will taste mighty fine. After that it’s the park wine tasting…we got a bottle of white to drag down and we’ll see what else is worth drinking while we’re down there…who knows, we might find one that’s really good to add to our usual Two Buck Chuck.

Not much else doing; so I’ll head off now and cook.