Today we had another pretty good day…albeit we ended up getting home a little earlier than usual; by 1623 we were having a siesta with a cup of tea. We went ahead and pre-ordered our breakfast selections for tomorrow as Bernadette is heading off to the Dublin Flower Festival and she wanted to get things as ready or her family to handle as she could and the B&B is full tonight.

Before we headed out after breakfast…we got a shot of the view from our B&B looking down across the field as well as the stallion in the pasture right below the parking area. 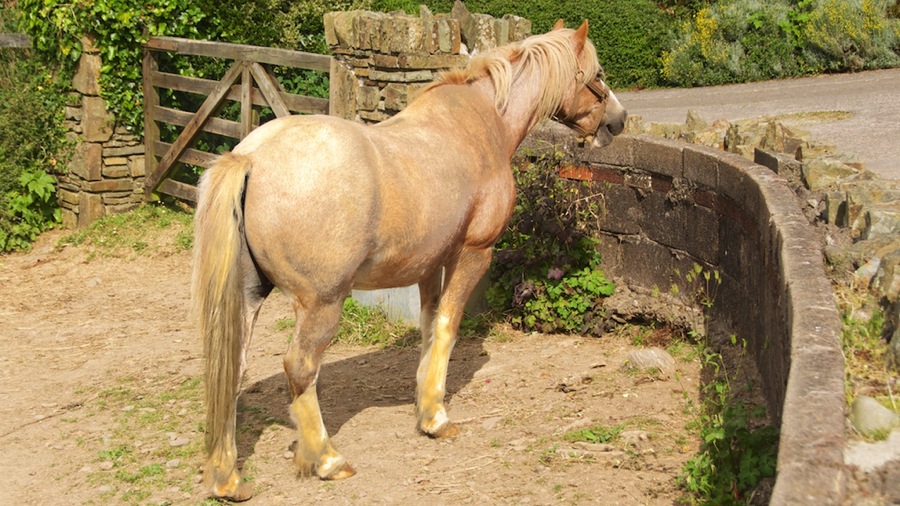 Our first stop was at what turned out to be the Jameson Experience in Midleton right outside of Cork. Originally this was supposed to be a tasting and tour at the Midleton Distillery so we could sample some other brands of Irish Whiskey. Unfortunately…turns out that Jameson has bought a good number of the smaller Irish whiskey distillers…that whole economy of scale thing ya know…and there aren’t that many independent ones left…although we did get a few recommendations from our lunchtime pub man to try later on. A couple shots from the facility…and old train and a retired pot still.

After that stop we got back in the tour and stopped briefly in downtown Cork to see the Holy Trinity Cathedral, the Church of Saint Finbarrs, and the Red Abbey…the abbey was pretty much a bust as only one tower of it is left. 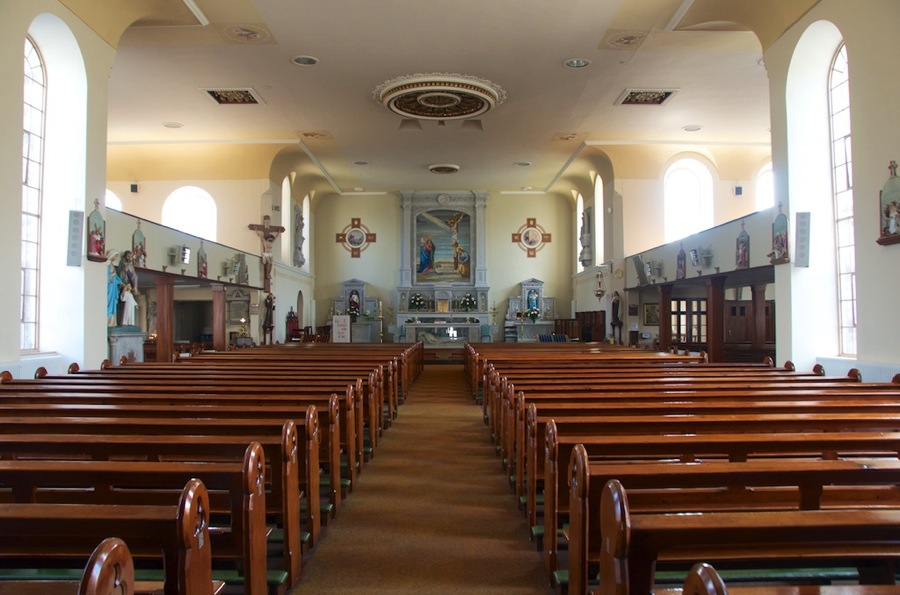 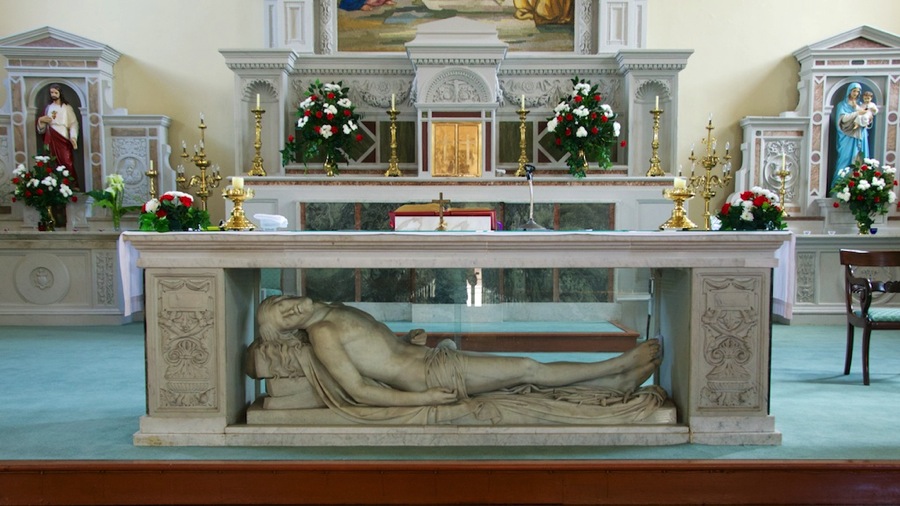 After that we headed on down to the Kinsale area which is down on the coast south of here about 20 miles. The Kinsale River was an important port and stronghold back in the day…and was the location of several serious battles back in the 1500s and 1600s. Our destination was the Charles Fort on the east side of the river and then we planned to hit the James Fort on the west side before heading back.

The Charles Fort is a star shaped fort with 5 bastions of which 3 overlook the river for protecting it against invasion and the remaining looking landward for defense of the fort. It’s a pretty strange fort in that it isn’t built on flat ground at all but on the side of a stone mound next to the river…with the walls and interior structures of the fort following the lines of the hillside. It was built in 1678 by the British after the pacification of Ireland which happened in 1601. Along with it’s companion James Fort across the river…it was built in 1602 and is pretty much fallen into ruins so there isn’t as much to see…they protected the river and town of Kinsale from invaders. The first shot is looking northwest across the river towards the town of Kinsale…the fort ruins are at the far left side of the picture and the river curves around behind the hill where the yachts are moored and then back to the right behind that hill. The lighthouse in the second picture was added to the fort later in the 1800s…and is different from most lighthouses in that it faces upriver and is designed to help river traffic stay out of the shoal areas in the river rather than being designed to guide ships at sea in…there are other lighthouses further south on the coast for that (Kinsale is 5 miles or so upriver from the coast). The lighthouse showed a light that was red or white or green depending on the bearing to the lighthouse…white meant you were in the center of the river while red indicated you were too far to port (the left coming down) and green too far to starboard (right). So by looking at the color changes in the light you could keep your vessel in the deeper water in the navigable channel of the river. The pano shot gives you a great view of the interior courtyard portion of the fort so you can see how it follows the contours of the landscape. A pretty neat design considering the land where it had to be built. 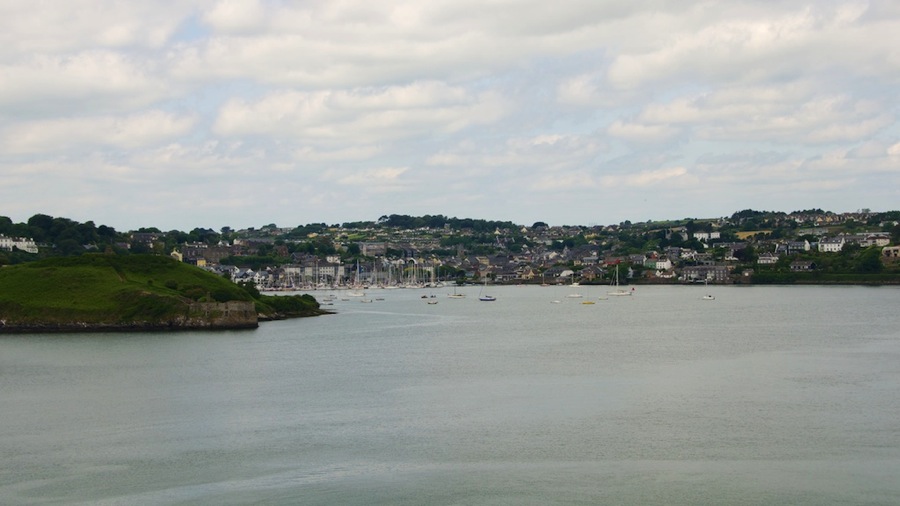 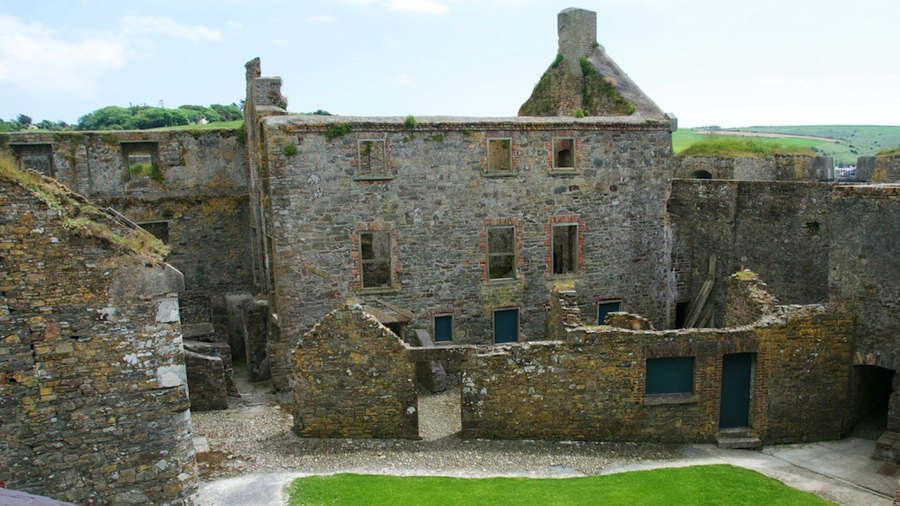 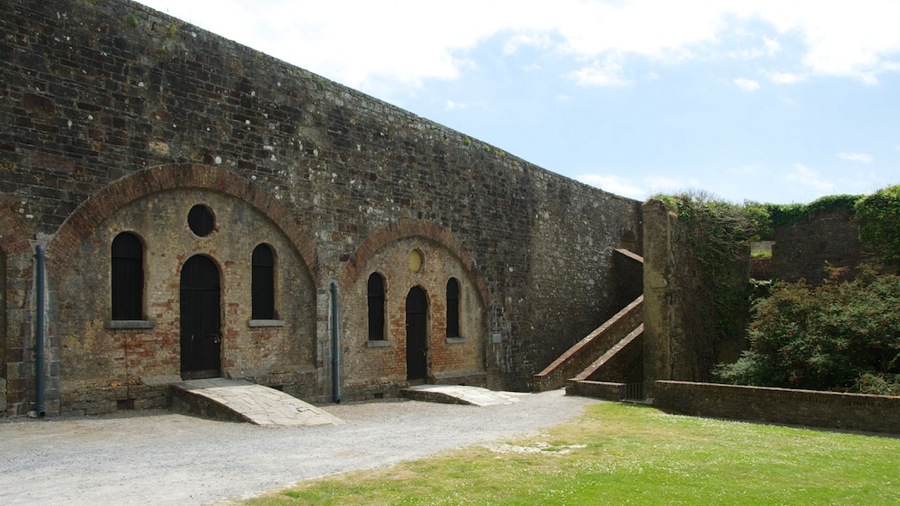 After that we were hungry so we wandered back down into the outskirts of Kinsale and stopped at The Bulman Pub right on the waterfront. We found that they had Murphy’s Red Ale on tap and since we hadn’t tried it we ordered a couple of pints and again…as has been the majority occurrence here in the Emerald Isle…the beer was mighty darn good. Lunch was a Scallop Salad for Connie and some Lobster Risotto for Neil with all of the seafood coming right out of the bay within a couple miles of the pub…so it was mighty fresh and mighty good. In fact; our dinner last night was pretty good too and although the bread pudding at Mike the Miller’s was still the best individual dish both last night’s dinner and today’s lunch equaled it…so suffice to say we’re pretty happy with the food so far. Still another couple weeks to go though so we’ll have to continue our countrywide sampling and give you a final Thumbs Up or Thumbs Down on Irish food once we complete our survey.

After lunch we decided to drive over and at least take a look at the James Fort on the other side of the river…but apparently on the way out of the parking lot Connie pushed the “Only take us down alleyways” button on the GPS because we ended up on the narrowest roads we’ve ever driven on. Neil thought some of the ones earlier in the week were goat paths but the ones in Kinsale are even worse. They’re just alleyways between buildings with bricks, trash receptacles, and the like sticking out. At one point we had to drive for 30 yards between two sheer brick walls and there weren’t more than 4 inches of clearance on each side between the mirrors and the bricks. And…this was a two way road…luckily we didn’t meet anybody on the narrower portions but on several pieces of our route we encountered another car and discovered that the rule is that whoever has he easiest path to back up until he can get out of the way does so…basically with a wave and no hard feelings on either end…the roads are just so narrow that’s all you can do. I think the local drivers learn to recognize rental cars and tend to give us a break…but we did back up or pull over into a driveway, dumpster access or the like several times.

To top it off…once we finally got to the area of James Fort…it turns out that you can’t get there from here…you have to park and walk up the hill. We decided that for ruins when we had just seen a relatively well preserved companion fort it just wasn’t worth it so we headed back.

Arrived back at the B&B…had a cup of tea…and we’ll go find something to eat later.

For reader Ron who wondered if the white statue was of Coach Saban…nah…I told ya…it’s First Down Jesus…sort of like the Touchdown Jesus that was up on the freeway in Indiana before it burned down. I don’t think they’ve got either KFC or Waffle House over here…although we have seen a Mickey D’s and a Pizza Hut. I would be happy to hire you for perimeter security for the castle…but then I can’t afford one so I guess you’ll have to just wait until the Publisher’s Clearing House van pulls up with the big check on that one.

Let me toss in a funny pic here…I been finding them in the interwebs and have a folder of them…so thought I would add one to my posts just to bring a little humor into your day.