Well; it’s been an uneventful but fairly busy week.

Connie worked of course and Neil did a bunch of work on campgrounds for our summer travels. She was pretty busy so rather than the usual Connie picks out the campsite contenders, they discuss them while looking at reviews and satellite photos, and Neil makes the reservations…he did the first part for the next series we are working on. He called and got reservations at Camp Lejeune NC and Dam Neck VA for our travel up to Fairfax VA and has to call March 1 for the one at Parris Island SC as they only take them 30 days out.

After that he got reservations in Madison WI and Minneapolis MN for our stops there as well as one in Saskatoon SA and Acheson (near Edmonton) AB for the Canadian portion of our pre-Alaska trip. He also got them for our stop to see his sister in Knoxville at Heiskell TN and scored a weekend reservation at the Elks Lodge in Tuscaloosa AL for the weekend when the Tide is playing Arkansas…and the folks at the Elks Lodge there are hunting for tickets for him. After that he got a week at the Elks Lodge in Foley AL near Gulf Shores for a visit to the Mobile area…we’ll stop over and visit the cemetery where his parents are buried and probably meet his brother Ron for dinner or something.

We’re all caught up now on reservations until Connie picks some more campgrounds…she still needs to get one in Indianapolis, Smokey Mountains National Park, and Coffeeville AL…the Laubenthal Land and Timber Company land is at Sunflower nearby Coffeeville and she’s never been there so that’s a nice stop between Tuscaloosa and Foley as we’ll have the Mazda back by then and while we could make that trip in 1 day easily we’re not in any rush at that point so a stop to see some stuff in south central AL will be nice.

In between all of that…we spent a bunch-o-money at Amazon…mostly spares for the house and BAT for the trip to Alaska and some other stuff we wanted to get.

Yesterday we had it on our list to run down to the CVS and get Shingles vaccinations since we’re not both over 60 and hence Tricare will pay for them…Shingles is caused by the Chicken Pox virus and the shot is basically a booster to make sure you don’t get them again…Shingles are way worse than Chicken Pox. Anyway…they were out of the vaccine so we rescheduled that for tomorrow morning and headed home. On the way it was a nice sunny afternoon so we stopped by for about 30 minutes at the home of Ozzie and Harriet to check in on them and the eaglet…one of the two that hatched died so they are only feeding a single one now.

Harriet was sitting above the nest while Ozzie was out hunting. 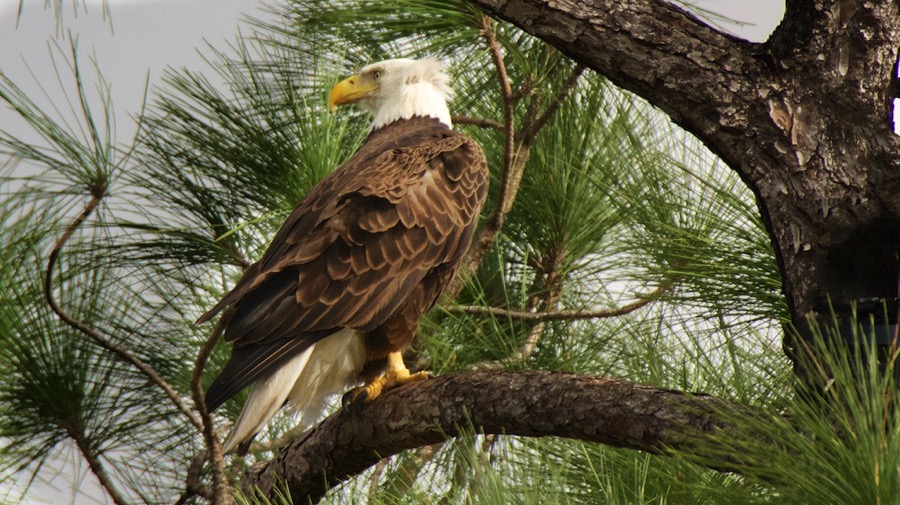 I don’t think I ever posted a shot of how close the nest tree is to the road…here’s a shot of the tree and the 4 lane Bayshore Road/Pine Island Road in the background. Seminole is about 3 miles east (to the left) on Bayshore.

He got this shot of one of the horses in the field during this time as well…then got a couple of pictures of Ozzie returning to the nest from the northeast with some sort of edible…although we can’t decide what it is from the photo…definitely not a fish but beyond that we aren’t sure. 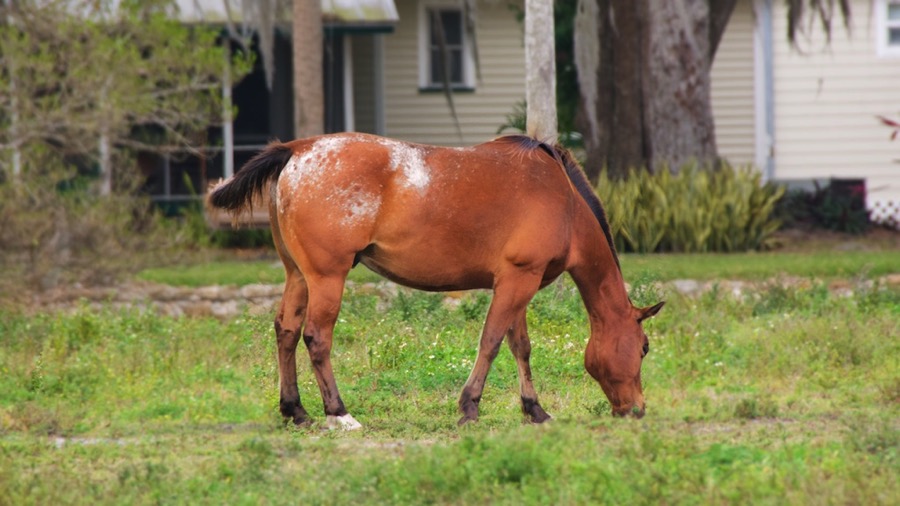 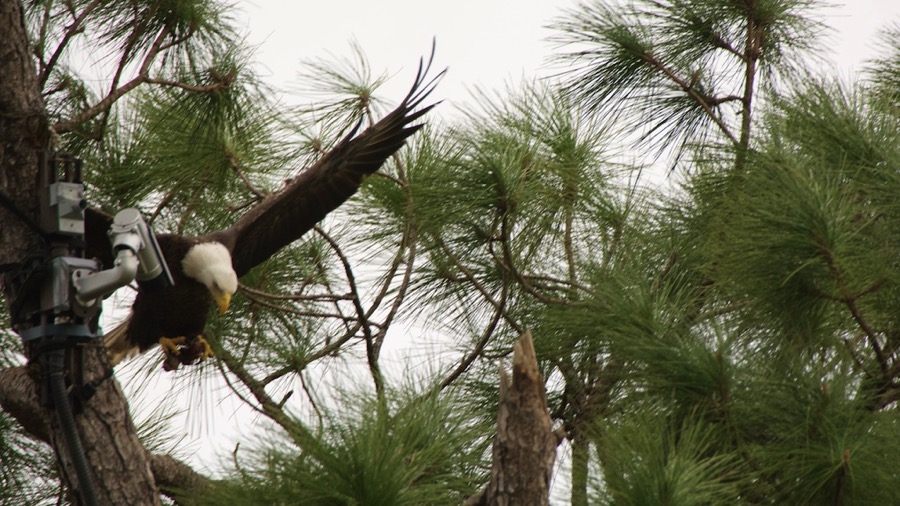 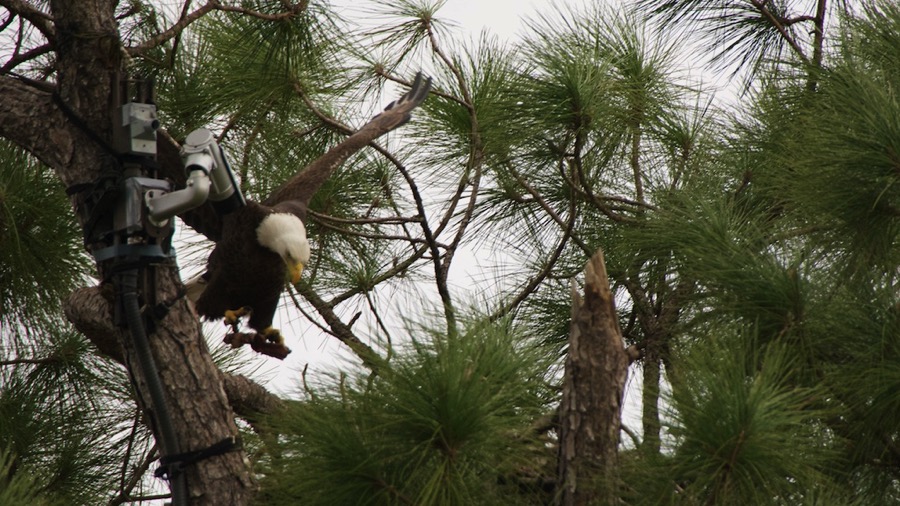 Harriet left shortly thereafter…first to the nearby dead tree…then over to the pond for a drink…then heading off northwest; there are some open farming/ranching areas out that way so she’s probably hunting something to eat for herself.

At the pond which is about 250 years north of the nesting tree almost in the back yard of the office of Dick Pritchett Realty who owns the property that the nest is located on. 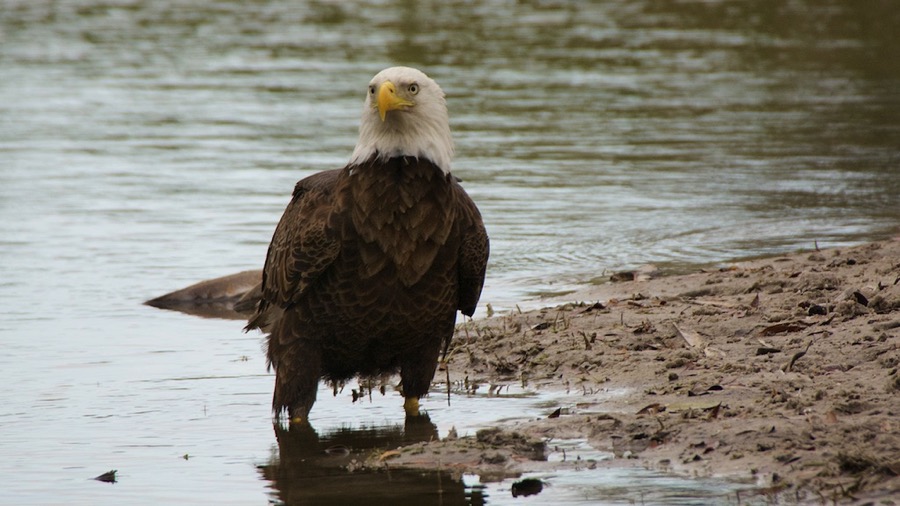 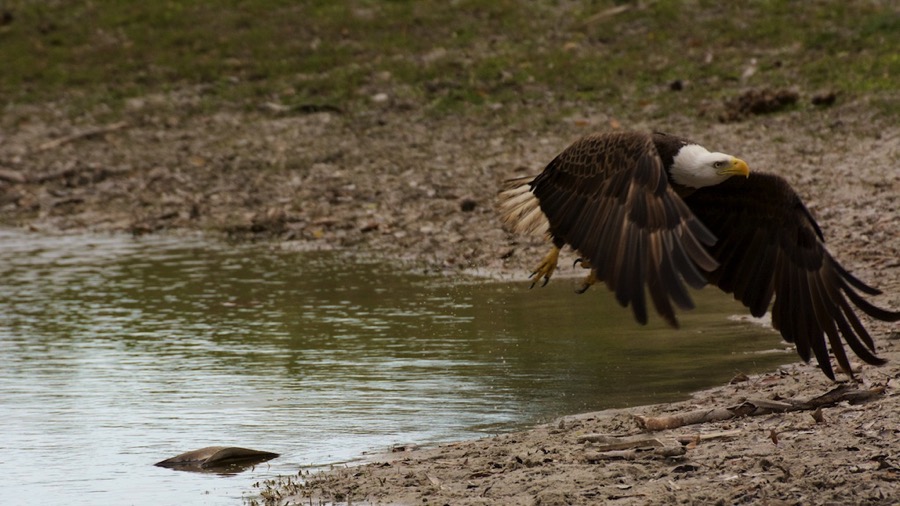 Ozzie was left on nest duty…he was tearing whatever he brought back apart and alternately feeding the eaglet (well, giving him pieces rather than directly feeding it, but that was not visible from the west/northwest side of the nest). 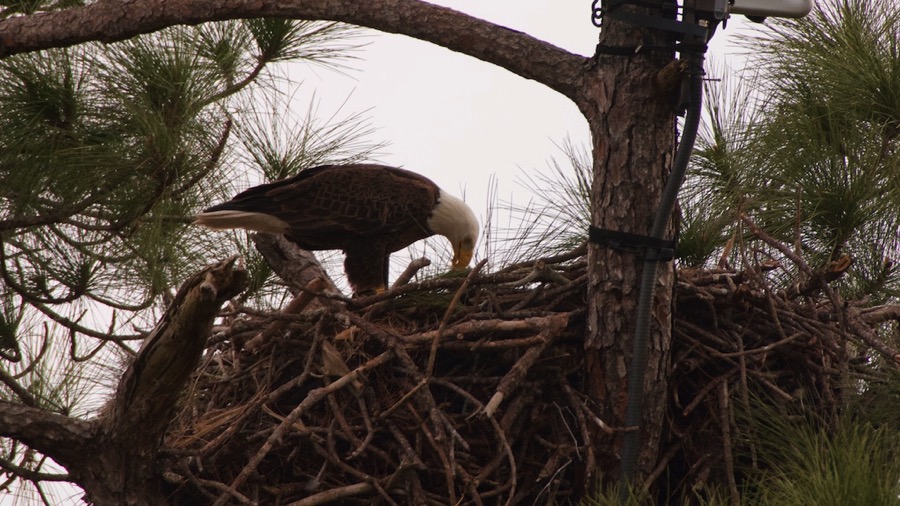 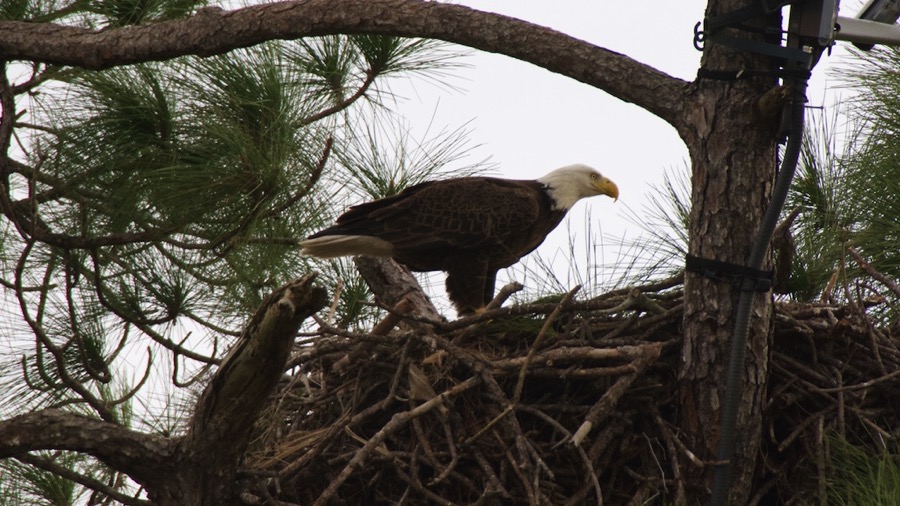 With that we headed home as Harriet would be gone for at least an hour before returning and it would have been dark (and likely raining as a storm was coming in from the ocean to the west) by then.

We’ve also gotten some more pics and news of Alex this week…he was baptized this last weekend and we got a great shot of him yawning with his dad as well as smiling up at his mom. There’s also one with his mom, grandma, and great grandma from the Jen’s side of the family.

Connie likes this one the best. 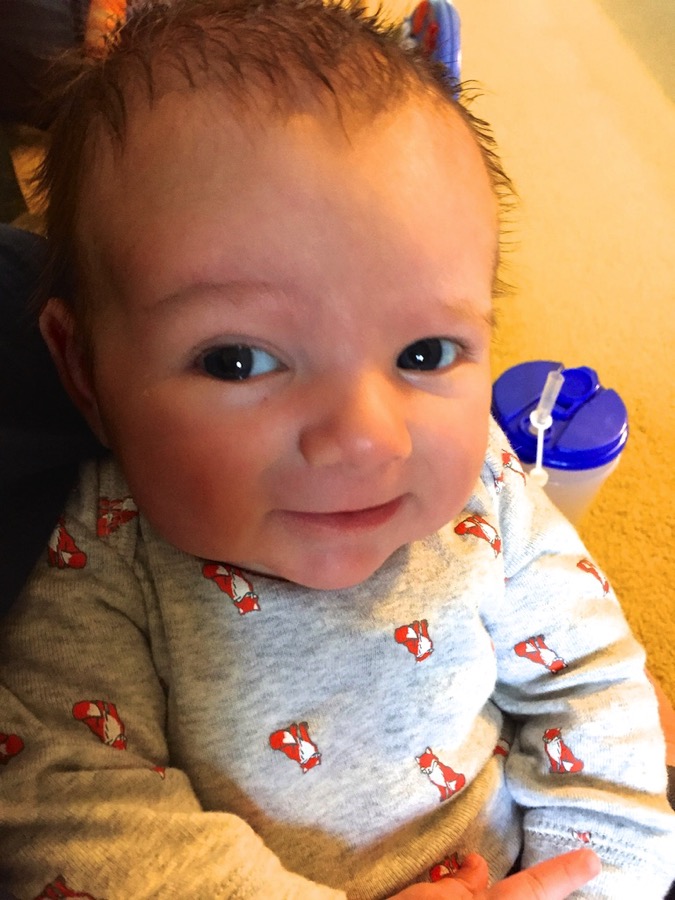 That’s about it. It’s Tuesday…so that means choir practice for Connie and Computer Club for Neil this afternoon followed by Beer and Bingo at the Elks. The rest of the week we’ll do groceries, continue working on campsites for the summer (although we’re into fall places now), do the laundry then on Friday and/or Saturday we’ll get packed up for our trip about 50 miles north. We’re going to a boon docking rally put on by our friends Howard and Linda Payne of RV-Dreams…sort of a training wheels scenario for them to teach the rest of us how to manage power, water, and tanks while parking without hookups. We’ll be in Arcadia for the week…and we’ll leave the Mazda and some of our outside stuff here at Seminole since we won’t need it…that way nobody can park in our site:-). Our friends Lynn and Ed will be there as well as a bunch of our other RV-Dreams friends who we’ll recognize by sight but a lot of them we still have trouble matching names and faces.

We head out on Sunday and will be back on Saturday afternoon.

We had a nice visit with our friends Bill Joyce and Diane Melde the night before they left…they’r also RV-Dreamers. We headed out to the Ragged Ass Saloon one night last week with them and saw them last Saturday before they left on Sunday with another “see ya down the road somewhere”. We’ll say the same to Connie’s friend Jeff who is in the park with us before we head out to the boon docking rally as he’s headed for his next stop before our return. He’s about decided to spend the whole winter next year here at Seminole as he likes the people here…but said he’s towing his car down with him next year as depending on the bike and rides from friends is too hard for months at a time.