Well, it’s been a little more interesting the past week or so. Neil won the  drink of the day at the Elks 2 times last week and then we served as cashier and doorman for the Friday Night Fish Fry at the lodge as well. Sold another 112 meals putting about 1,000 bucks into the coffers of the lodge and maybe 600-700 after paying expenses…with another 40something bucks into the Tip basket which goes for the Volunteer Appreciation Meal later on in the spring…hopefully before we leave on April 15.

Connie’s really been putting in the hours at her job for NVCC both this pay period and last…it’s the busy time of the year with her trying to get clinical sites arranged for 3 classes for the spring and summer. She’s actually going to run out of hours this pay period before the end of the period…no telling whether she’ll actually stop working or not.

Neil heard back from Ann and Roy Brody who are running the NHOG (New Horizons Owners Group) rally in Chattanooga in mid May…he had offered to do a presentation on “how to fix your broken slide bolts when they break” and will be adding a few other relatively common maintenance items that can be easily accomplished if one has even average mechanical skills and save yourself some money. Beyond that…Connie’s been working hard on finding campsites for our upcoming travel season…Neil got the route all laid out and she’s picking campsites and verifying that we’re in each place long enough to see stuff but not so long we run out of things we want to do.

Other than that…pretty much nuttin’ goin’ on. Neil continues to whittle down his winter maintenance list…all the big stuff is done except he has a box of photos that he needs to scan…these are all from the pre-digital camera days so it’s a matter of just repetitively scanning the prints into jpeg files for use online or otherwise.

He also had to buy himself a new Macbook Pro laptop…the old one died on him. It’s been periodically failing to wake from sleep ever since it was new…he always thought it had crashed and just rebooted and didn’t worry about it. Turns out that it’s actually a video problem for which there’s an extended repair program even though it’s out of warranty. He found out by accident last week that it was just the screen not coming up but the computer itself was still running so he could remote control it from his iPad. A little research on google revealed the existence of the repair extension program…so he ordered the shipping box to send it in for repair. However…it takes like 2 weeks and he didn’t want to be out of a computer that long. So taking that into account…along with the old one being 4 years old and having all the letters worn off the key…he just bought himself a new one from the local Apple store. Shipped the old one off today and assuming they fix it he’ll just put it on Craigs List and sell it for whatever a 4 year old MBP is worth and use the money to defray the cost of the new one a little.

We went over to Gail and Frank’s house (friends from the Elks Lodge) last Saturday…for a Just for the heck of it party. Gail made way too much food…Frank dragged out way too many different kinds of liquor and a good time was had by all. We were almost the last ones that left and headed out at the late hour of 2030…us retired people don’t stay out too late any more I guess.

A couple cute photos we found on the web this week. 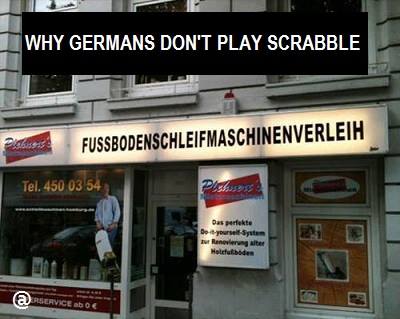 Ya woulda thunk that the prophet would know about these things.

And for our friends up in the north land…be glad ya ain’t here. I know there’s a train track under there on the North Dakota plains somewhere.

Gotta tell ya…grand baby Alex is getting pretty smart. The other day while his granny who watches him during the day was in the kitchen…he grabbed her phone and called his grand dad…he knew who he wanted to talk to.