Since my last post on the 17th…we went to Bingo twice and Connie still didn’t win. Everybody at the bar won last week except her…with one person winning 3x and her daughter winning 2x…she’s the Lodge secretary so we’re thinking that since they won 5 of 11 games the fix mighta been in. Maybe not though. Neil got roped into calling the week before…the normal caller quit since he got tired of all the harassment he was getting so one of the ladies who normally plays was calling. Neil volunteered to call so she could play…and it wasn’t a whole game before he got bitched at and by the en of the night he had gotten bitched out by 3 of long time member ladies. He won’t make that mistake again…everybody is allowed to have fun at Bingo except him I guess so he’ll just sit at the bar and drink beer instead. Nuts as the guy at Bastogne said.

We went to the Nauti Parrot for dinner one night…we got some work done on the rig…and got some of the work redone as the LR A/C unit was making a rubbing noise after replacing the fan motor, turned out the squirrel cage fan needed a little adjustment on it’s shaft to stop the rubbing. We got our 2 leaky windows fixed as well as our duct issue in the BR…but still have a leak from the LR A/C unit and have a new one from the BR one after last night’s storm. Neil’s got an email in to Gordon to come and try again on fixing the leak.

We’re keeping an eye out on Hurricane Matthew…it’s currently down off the coast of Columbia heading west but is forecast to turn north this afternoon and tomorrow passing over the east end of Jamaica Monday and eastern Cuba Tuesday. The current track has it staying east of Florida tracking through the Bahamas on Wednesday and Thursday before heading up the coast. The far western edge of the tracking cone comes about to the east coast of Florida…so at worst we should just get some rain and medium winds here late next week. If it turns and heads either across to the western part of Florida or into the gulf we’ll reevaluate…but we’re currently planning on staying put. If it gets threatening we’ll either close up the house and pull the slides in before evacuating with Big Red or take the house with us if it looks to be really bad here…but at this point we’re not worried about it at all. Whether we evacuate north towards Atlanta/east coast or west toward Mobile would depend on the storm’s projected track when we leave.

Connie had another (2nd) eye surgery followup on Friday and she’s seeing most of the 20/70 line and all of the 20/90 line. The tech said she should have 3 more lines by her next visit which would put her near 20/40 or 20/50 and that’s before she gets her glasses prescription adjusted for the new normal. The doc said she’s doing exactly as expected and expects to see continued acuity improvement over the next month before it mostly settles out…although he said it wasn’t abnormal to see improvement for up to a year after surgery. She’s already doing better than she expected it to be…so at this point we’re pretty happy with the outcome and should be even happier later. We go back in another month…which means we’ll have to cancel our current reservations up at Cedar Key’s Low Key Hideaway from Oct 20-31…that’s the one reservation we didn’t already cancel…but we’ll just reschedule those already paid for nights to the same 10 days next fall instead. We were waiting until the appointment to make a decision on whether the 300 mile trek up there and back was worth it or worked into the schedule.

Neil saw on the news this week that 3 of the brand new Littoral Combat Ships (LCS)…these are the low cost, barely armed warships the Navy is buying today…had propulsion casualties in the last couple of months…one of them appears to have been operator error but the other two appeared to be bad design. Not to be outdone…the brand new Zumwalt class destroyer…that’s the stealthy looking one at multiple billions each…well, it had a propulsion casualty as well. It also turns out that the high tech stealthily shaped hull form (a) isn’t quite as stealthy as claimed and it’s almost obsolete before it’s commissioned as the originally planned buy of 30 has been scaled back to 3 due to cost…but the tumblehome hull profile (that’s the technical term for the shape of the hull) is inherently less stable than a standard hull form and if it’s at the right speed with a following sea (i.e., it’s moving the same direction as the waves…then it’s technically possible for it to capsize if the wave hits it at the right angle at the wrong time. Now I’m no naval expert…but building a warship (or any ship for that matter) that might not be able to handle rough weather seems…dumb. Like the F-35 Joint Strike Fighter that keeps catching on fire and can’t shoot missiles or guns…both  of these ship classes seem to be gold plated and more designed to keep the right share of Defense dollars coming into the service buying them than for actually fighting and winning a war. Seems counter productive to me…but as I said I’m no expert.

That’s about all that happened…so let’s move on to interesting things this week. 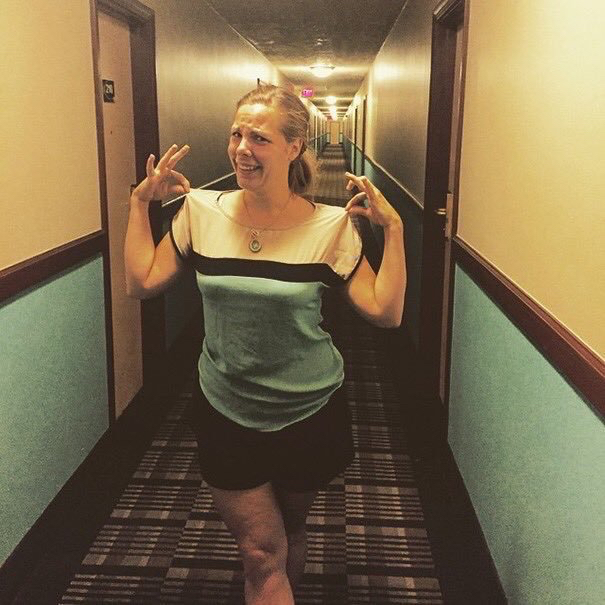 Teach your kids about taxes.

Parking signs at a Laser Eye Center here in Florida.

Must be a tough school.

And you think your day at work is bad.

We seem to have hit a fork in the road.

And as anybody with kids knows…here’s a shark stepping on a Lego. 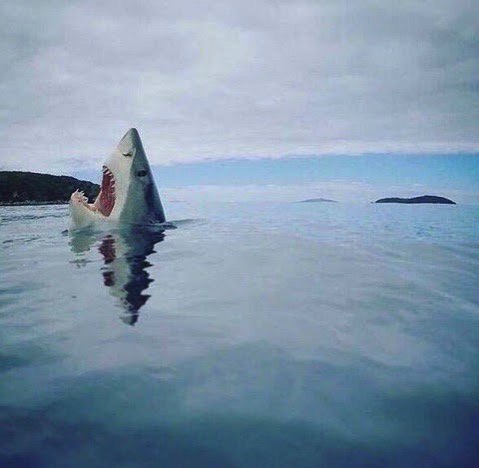