What’s Up With the Idiots in Washington

Now I’m only talking about the Navy and Air Force here…but the Army has their share of stupid stuff as well…it just didn’t make the news in the past couple of weeks.

Back in the day…we used to remember that warships…and warplanes… were designed to do their job which is to kill people and break things belonging to the enemy…and be survivable enough to get back home. Here are a couple of examples…first up is a B-17 back in WWII that successfully delivered it’s bomb load onto some German target and after getting the crap shot out of it managed to make it back to England so the crew lived to fly and fight another day…although it’s not clear whether the airplane did.

Here’s a shot of the USS San Francisco…a Los Angeles class SSN built in the late 80s or early 90s. In 2005 it ran into a sea mount south of Pearl Harbor HI that was either uncharted or incorrectly charted…can’t remember which…anyway it was doing 24 knots (about 27 mph) when it ran into a cliff face. Emergency blow to the surface and it was able to return to port. Repaired and is still in service today.

Here’s the USS Cole…again built in the early 90s and damaged by the suicide boat bomb attack in Yemen. It settled on the bottom of the harbor but was brought back to the US, repaired, and returned to the fleet and is in service today.

Then there’s this cheaply build but expensive piece of junk the Navy is buying today…the Littoral Combat Ship or LCS.

It’s made of aluminum…is barely armed and would probably be outgunned by 3 rednecks hunting ducks. It was a good idea…at least in theory…build a cheap, minimally crewed ship so they could be built in usable numbers and have multiple mission modules so the same ship could do anti air warfare, anti submarine warfare, mine clearing and several other missions. Unfortunately…they don’t work. So far the Navvy has commissioned 3 or 4 of them and at least 3 suffered sever engineering casualties…some of these were caused by design flaws and some by crew incompetence. The latest issue with one of them was the LCS Montgomery…which after commissioning up on the east coast was headed towards the Panama Canal on the way to it’s west coast homeport. It suffered one of those engineering casualties and was towed into Jacksonville for repair. Unfortunately the repairs weren’t completed by the time Hurricane Matthew was on the way up the coast last week…so it was ordered to get underway to ride out the storm. The high speed engines weren’t repaired yet but the more fuel efficient cruising engines were and it was deemed safe enough to go to sea to evade the storm. Unfortunately when the tugs came alongside it to assist it away from the pier there were some waves in the Navy basin at Jacksonville and the tug bumped into the side of the ship. This resulted in cracking one of the hull welds and they had a hole in the side of the ship just above the waterline…as well as severally damaged internal hull framing.

Now one wonders if a tug banging into the side of the ship poked a hole in it…what would happen if somebody say…shot at it? Ya gotta wonder…but this is the ship of the future.

Then there’s the new Zumwalt class destroyer…ya know…that’s the one with the supercool stealth hull. Now it might look cool…but again it’s fairly unarmed for it’s size and the $3+ billion dollars it cost…but it turns out that it just might roll over and sink in a storm. I’ll grant you that it requires a specific set of circumstances where the ship is going down-sea but slower than the wave speed and has to have the seas off the quarter…but ya gotta wonder just why one would build a ship that is dynamically unstable in certain sea conditions…particularly as the super-duper stealthy design turns out to be not so stealthy after all. The original plan was to build 30something of these things…but that’s now been chopped to 3 as it’s mission is largely gone now that the Cold War is over. 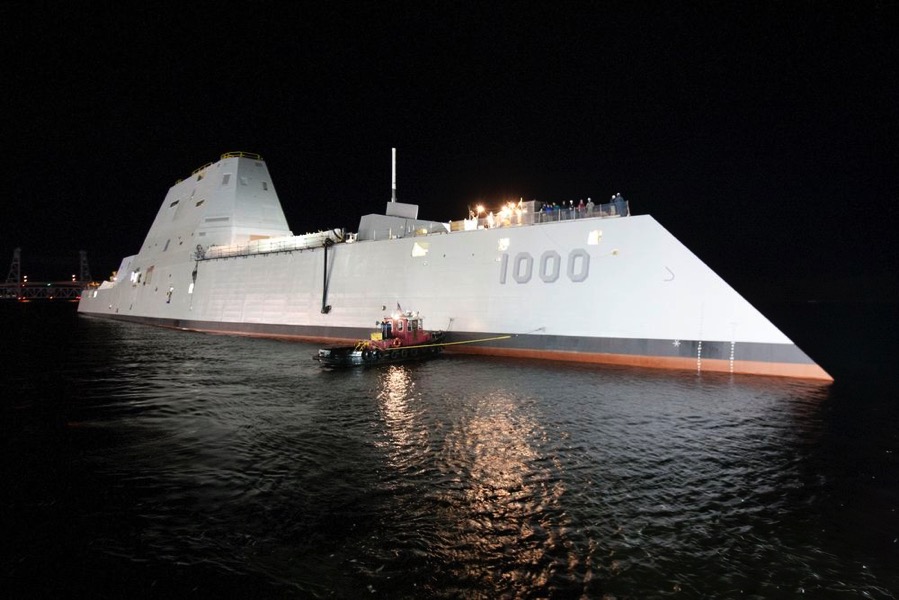 Then there’s the F-35 or Joint Strike Fighter…this again looked 20 years ago (that’s how old the program design and requirements are)…let’s build a single plane to fit all the needs of the Navy, Marines, and Air Force and then just slightly modify it to meet individual services needs. So they tried to build a plane with minimal radar cross section that would serve as a supersonic air superiority fighter, low and slow close air support for engaged troops on the ground, V/STOL with unimproved airstrip capability for the marines and sufficiently strong landing gear and dual engines for carrier use by the Navy. Let’s see how that worked out…and remember that the Air Force has declared this plane to be operational.

This thing is even a bigger boondoggle than the LCS is…the ship has problems but not to the extent this plane is. All of the above deficiencies are just for the Air Force version…the Navy and Marine versions are even further behind it in the schedule.

I guess the old lesson about trying to do everything means you end up not doing anything well has been forgotten by both services.

I guess the old adage that better is the enemy of good enough has also been forgotten. I’m all for reducing casualties in warfare…especially since Neil was in that business…but one of the drawbacks of using the military is that people are going to get killed. DoD and the public just need to accept that fact and not try to gold plate and have every possible feature they can possibly think of added to a weapon system whether it makes sense or not.

Ok, enough of that…I didn’t mean to rant but when our candidates are talking about raising taxes…and then spending the increase 3 or 4 times over…one’s gotta wonder why the services insist on overspending. Maybe it’s just a rice bowl issue…I dunno. Military folks always want new ways to break things and kill people…and I can see why that’s a good thing but this is getting ridiculous me thinks.

On to interesting things of the week.

Can anybody tell me what Chinese sexual orientation is? Enquiring minds wanna know.

This is how you repair an airplane. 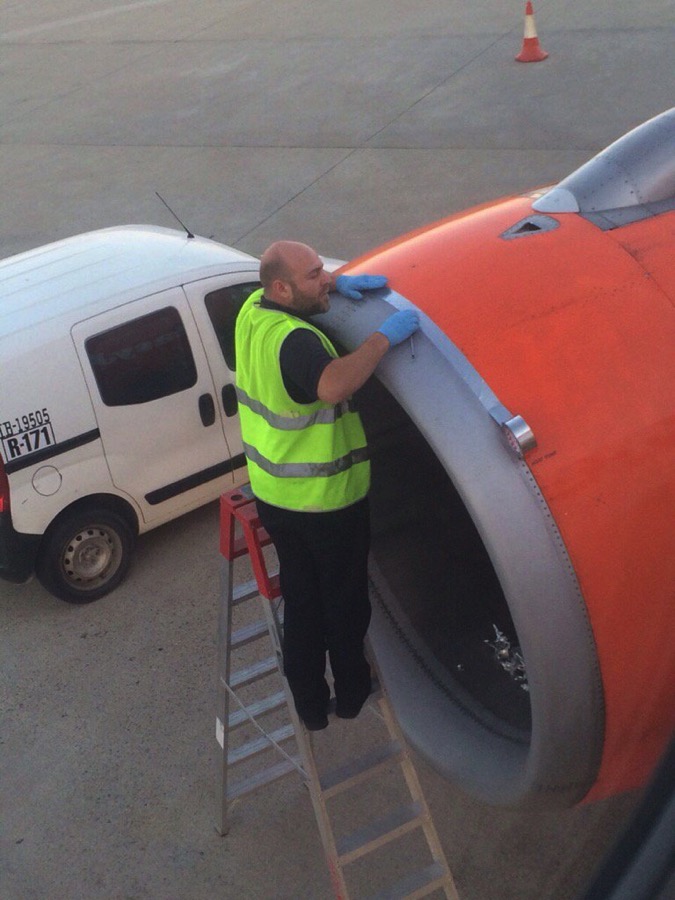 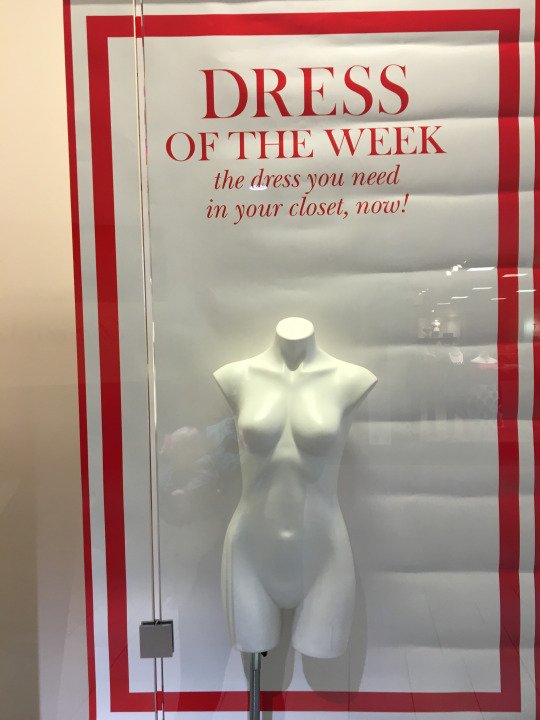 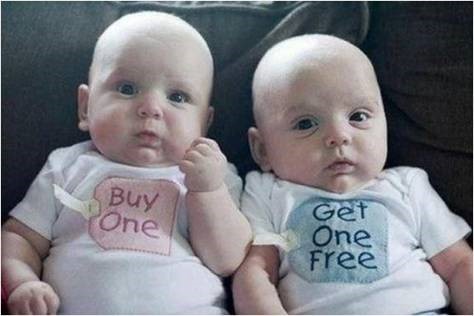