And I must say it’s gotta be better than 2016 was…at least according to Connie…who declared that 2016 was the worst year evah. What with her eye and all…I can see how she might think it was not so good…but worst evah…I dunno.

Anyway…the new year started off really great for us. We headed down to the Elks Lodge at 1400 for the New Years Party but could only stay an hour. We hadda couple of brews, some eggnog which Neil spiked with some bourbon and found it was a already spiked so I guess it was double spiked…didn’t eat much as it was pot luck and we didn’t take anything as we weren’t staying long but did try the Jalapeño pepper stuffed with cream cheese and cheddar cheese then wrapped in bacon and baked that our friend Art made…they were pretty outstanding. Just a little heat as all the seeds and membranes were removed and they contain most of the capsaicin in any pepper but quite tasty nonetheless.

Afterwards we headed home for the College Football Playoff semi final between Alabama and Washington. Neil wasn’t concerned much after the first quarter as we could run the ball, they couldn’t, and although they got some passing yards early our D had figgered it out by the end of the quarter. We ended up with 2 TD runs by Bo Scarborough…the first was what the guy on TV called a “real man run” as he ran through and over 5 attempted tacklers on the way to the end zone. The second one came in early in the 4th after Washington finally got the Tide in some bad field position via a quick kick punt by the quarter back that rolled out of bounds at our 2 yard line. A couple of quick Bo runs and a pass got us just out past the 30…then it was time for another Bo run…he broke one tackle in the backfield and another right at the line of scrimmage then was off to the races. About 30 yards down the field there were a couple of secondary guys that might have tackled him but a great cut to his right put our wideouts between him and the defenders and they got in the way enough for the 68 yard scoring run. Bo is a lot like Derek Henry who won the Heisman Trophy last year for the Tide…big strong buy who mostly runs over people but once he’s in the open he’s a lot faster than he looks and just runs away from defenders.

We added in another defensive score…22 yard return of an interception…in the second for the final score of 24-7 in a game that really wasn’t as close as the score. In the late game…Clemson blew out Ohio State 31 zip so they’re scheduled for a rematch in the championship game next week. Really looking forward to it.

After the game was over we headed down to the party at the campground…got there right about 2000 and stayed a couple of hours drinking wine, snacking and shooting the breeze around the campfire. Came home and went to sleep in the recliners until 0130 before getting up and drifting into bed.

Today our friend Jeff is bringing down the traditional Tennessee New Years dinner…hog jowls, taters, and black eyed peas. Neil’s passing on the peas of course and baking some sweet taters to go along with the feast…and we’ve got just enough caramel pie left for 3 small servings…which is all you want anyway as it’s really, really rich. Nobody at our house has ever had a hog jowl…he tweeted a pic of him cooking it and it looks like bacon to me except it’s the pig’s face. Hey…it’s pork fat so it’s gotta be good…right?

Ok…what’s interesting on the net this week. 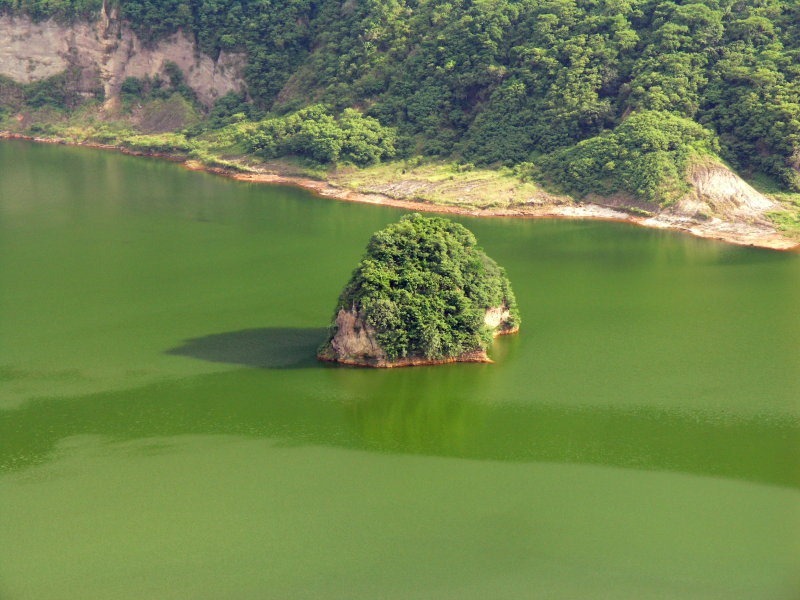 Here’s a larger shot of the whole shebang…the water at the bottom is the Philippine Sea which is part of the Pacific.

Turns out this is one of only two known instances of this happening in the whole world. Up in Canuckistan there’s an unnamed island on an unnamed lake on an unnamed island in a finger lake in the island of Victoria Island. This second instance was discovered after hours of searching google images by a guy you might have heard of…Ken Jennings of 74 game winning streak on Jeopardy fame. I was gonna put in a picture…but the only one I could find was on Google Maps…and it’s pretty lousy…Google didn’t bother paying for decent resolution satellite photos up there since there’s absolutely nothing up there.

Ken admits there might be more of them…after all Canuckistan has over 3 million lakes…many of which have islands in them…so if you’re interested in becoming internet famous…go ahead and start searching.

Baby Jesus is getting an early start on his New Year’s resolutions I guess.

I never thought of the Second Coming like this…

What could go wrong? 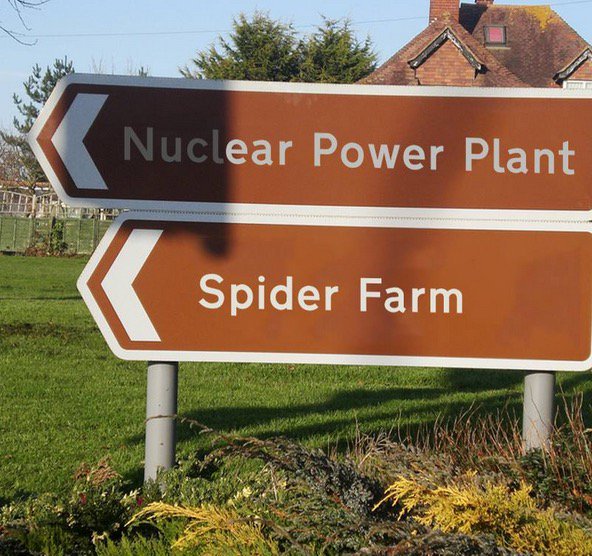 If the light stays on more than 4 hours…call an electrician I guess. 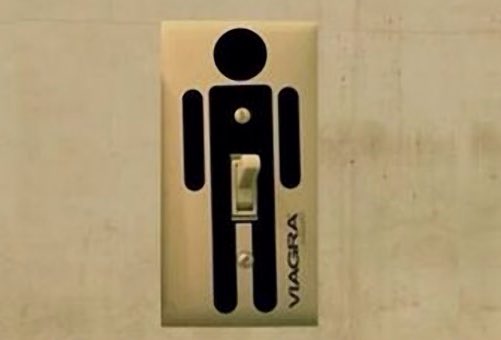 And that’s all I got for today. Ya’ll stay safe and productive in the New Year…Ima still working on the end of the year post…well, it’s all done except for the blog stats and such but WordPress hasn’t sent those out yet.