As advertised in my last post…early in the morning of Oct 11 we left Albuquerque, the Balloon Fiesta, and Bill and Linda (actually…they left us rather than the other way around as they had to pull out first in our close quarters parking spot at the Fiesta) and headed east. South on I-25 for 10 miles or so then on to I-40 east…where we stayed for almost 3 full days.

Overnight stops in Amarillo TX at Amarillo Ranch RV, Choctaw OK at Oklahoma East KOA, North Little Rock AR at Little Rock North KOA, and then Canton MS with 2 nights at Movietown RV. We stopped to (a) rest a day and (b) visit the battlefield at Vicksburg MS where one of the last major battles in the western Confederacy was fought in 1862. Unfortunately…Neil had come down with a cold…not Connie’s as it was too long after hers but something he picked up somewhere along the way…and feeling poorly we just did about half of the driving tour after Mass on Sunday before he faded and we went home. We didn’t even unhitch Big Red any of the first 3 transit days…and only hooked up water the first night so Connie could wash her hair and he could dump the tanks after our boondocking in Albuquerque. After that…we just put the front jacks down, hooked up power, put the slides out, and used the remaining water in our fresh water tank…good thing as with his cold he wasn’t up to much else.

Monday Oct 16 we pushed on another 250 miles and arrived at Foley AL and stopped at Anchors Aweigh RV about 3 blocks from the Elks Lodge here for a 5 night stay. By the time we got here he is starting to improve so we ate dinner at a local wing place before heading back to the rig. We don’t have much planned for this week…gotta run over to Pensacola Naval Air Station to go to the commissary and such but other than that we just have a couple places we want to eat and we’ll catch up on some homebody stuff…between visiting with Bill and Linda, the Balloon Fiesta, and traveling we need some down time to catch up on rest and such.

On to the photos…these are from Vicksburg as he hasn’t gotten around to working on the balloon ones yet.

Vicksburg was a vitally important outpost for both sides during the Civil War…it’s fortifications tower 300 feet over the Mississippi and essentially denied Union forces free passage of the river. Once it was taken…the Union controlled the entire length of the river and essentially split the Confederacy into two pieces that could be separately engaged.

General Grant tried numerous times to take the city by force…all failed miserably with lopsided losses on the Union side…so he shifted to a siege of the city with daily artillery bombardment…the city’ garrison was low on food so they surrendered the city and were paroled.

The White House as it’s known…owned by a Union sympathizer that owned slaves…go figger on that one…that was located right in the middle of the siege line and the defensive line on the north side of the city. 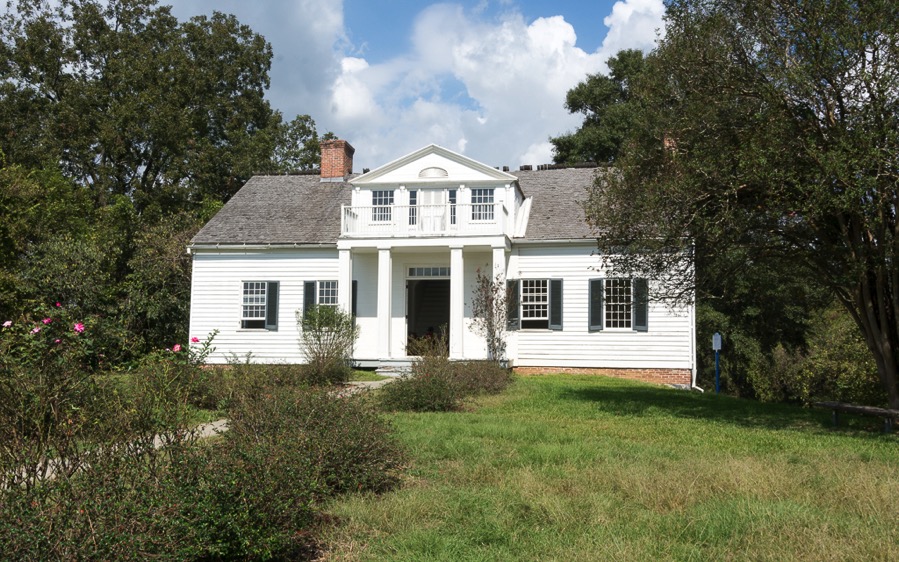 Looking the other direction from in front of the White House…the Union siege lines are on the left and the defensive lines are to the right…despite numerous attempts to storm these lines before and during the siege all of them held until the city was surrendered due to lack of supplies.

A couple of shots of the Union ironclad USS Cairo…it was sunk by a torpedo as they called mines back in those days early in the campaign and laid untouched on the bottom for a hundred years before it was salvaged and put on display. It actually sunk twice before that but was raised, salvaged and put back into service the first two times. It carried 13 guns. As you can see…the timbers didn’t fare well in the river mud and a lot of the upper structure has been reconstructed over the original parts of the hull. 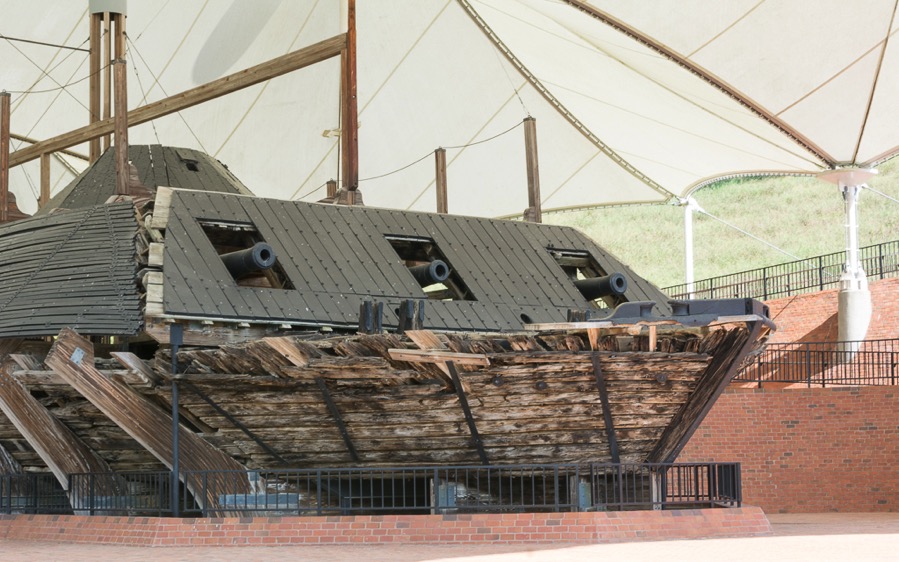 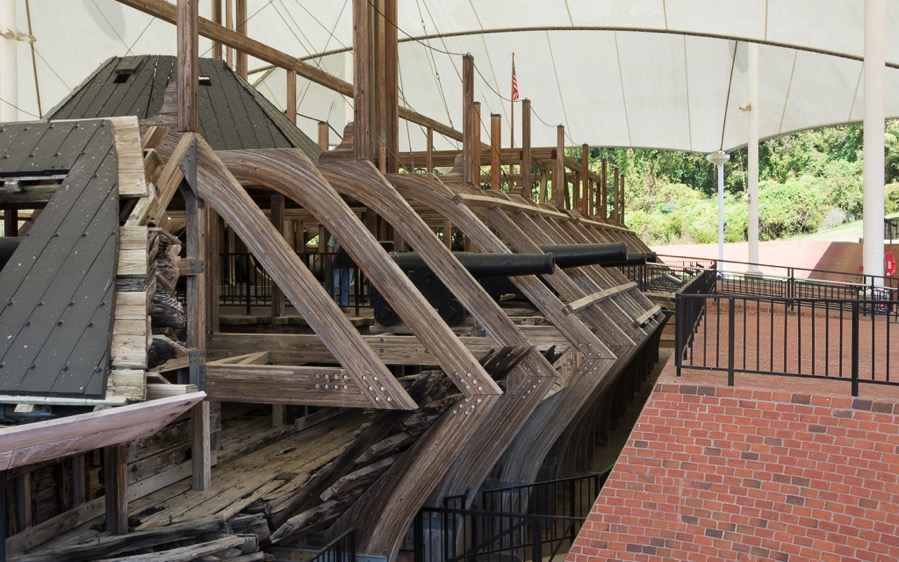 Looking westward to the Mississippi from the overlook that controlled river traffic. Downstream is to the left and upstream to the right…the river forms an oxbow bend right under these bluffs. The course of the river that you can see today is not what it was during the war…the original channel was just in front of the road that is visible at the bottom of the bluff…during a river flood in 1873 the river cut a new channel further to the west where it is located now. The old channel was known as the Yazoo River but it was eventually filled in after it silted up for construction of the road you see now. From this point…guns on the bluff completely controlled traffic on the river. 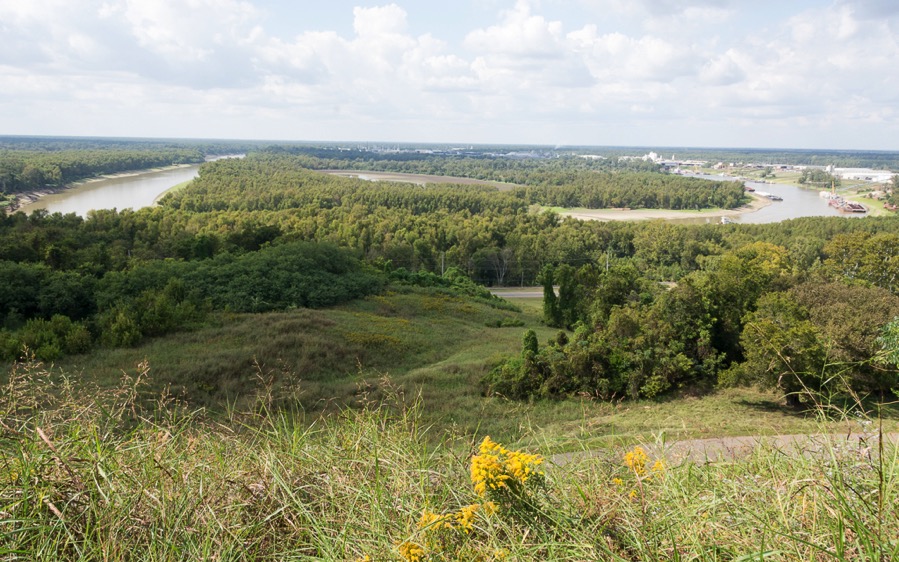 Flu shots…I get a couple every year. 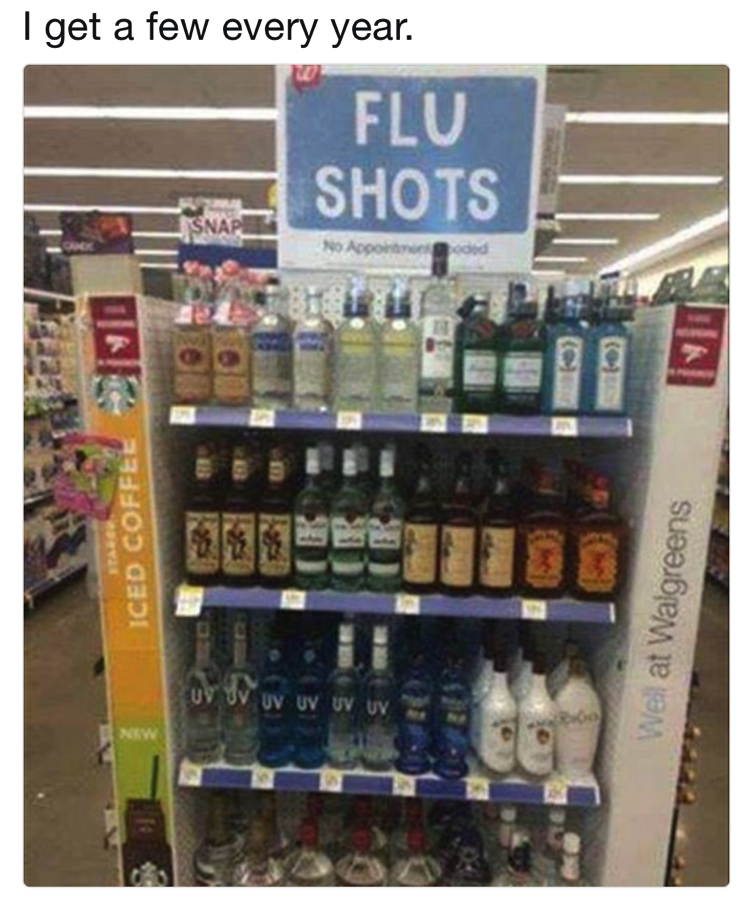 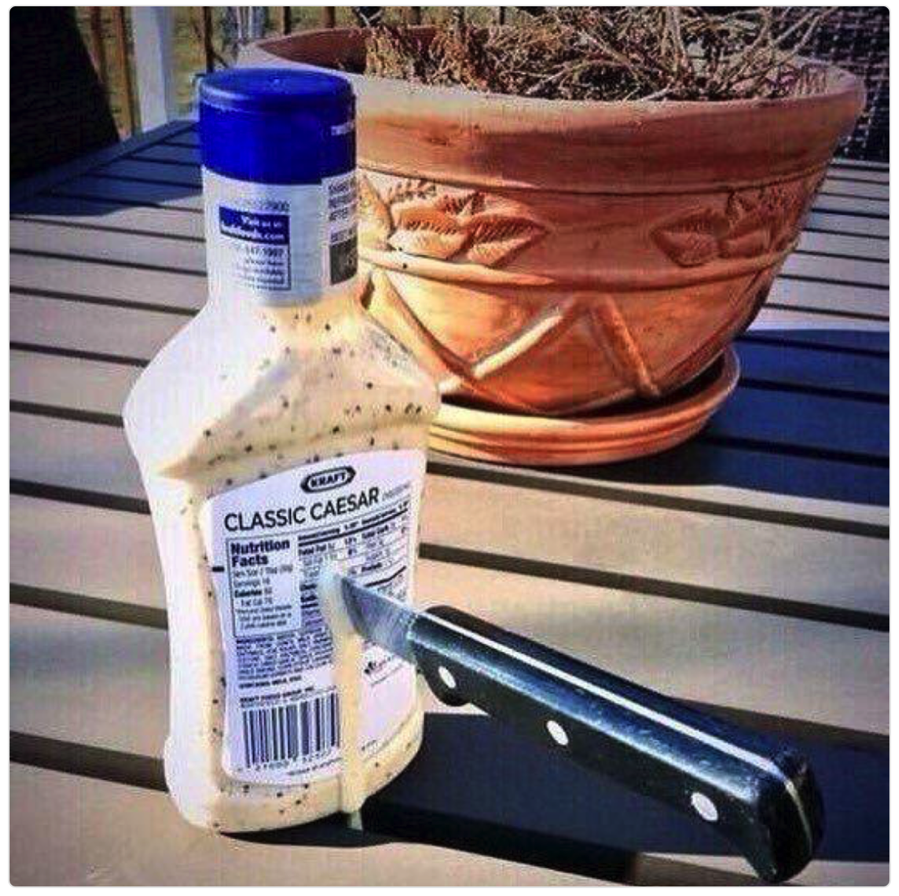 There’s a glitch in the matrix. 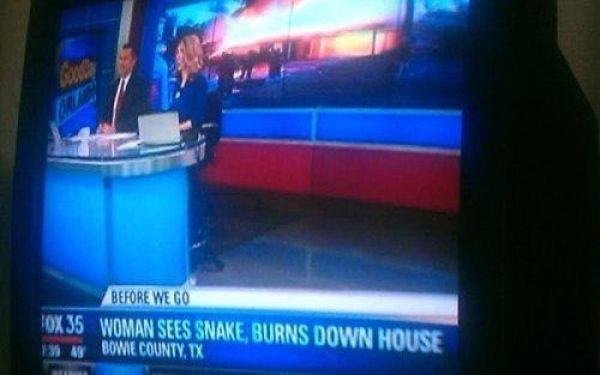