Well…as Connie would say…the week from “H E double toothpicks” for the choir is almost over. We went to Mass on Sunday…which also happened to be Christmas Eve…so the choir could sing at the 0900 Mass. Then we were back at 1445 for Midnight Mass…hey, I know it ain’t midnight by normal people time but (a) it’s midnight somewhere and (b) 1600 is midnight by OPT (Old People Time). Then today on Christmas morning Connie’s off again for the 1000 Mass…Neil stayed home today as (a) he’s already been to Christmas Mass, (b) he heard the concert yesterday before Mass, (c) he’s got a cold and doesn’t feel that well, and finally (d) he’s gotta cook Blackberry Crisp for dessert later on after our duck breast dinner.

Otherwise…we’re having a pretty good week I guess…Neil’s been down with a cold the last few days and not feeling very chipper or Christmas-like…but he’s boring on nonetheless and just taking a lot of breaks between tasks as this cold is mostly one of the “I’m exhausted” variety rather than being mostly sinus and lung symptoms.

Or in a more traditional way…this one shamelessly borrowed from my buddy Greg White’s website.

We got a couple of videos this morning from the human kids…this is Alex’s 3 year old Christmas and it’s the first one that he’ll likely really remember as he grows up…and in any event it’s the first one where he’s holding conversations and making sense. Take a look…he’s not really buying that whole “Santa came down the chimney” thing.

Other than that…the rest of this post is just some Christmas Funnies along with the obligatory Interesting Things from the net this week…I just mixed them all together.

The reason for the season…jus sayin’.

First up is the launch earlier this week of a SpaceX Falcon 9 from Vandenberg AFB in southern CA…it was launching a bunch of satellites for the Iridium satellite phone constellation. Usually there’s a launch window for a satellite launch…this is based on getting it’s payload to orbit in the correct places in the constellation based on the motion of the existing satellites in the same constellation…basically you figure out how long it will take the booster to get the payload to the right orbit then back up the launch time so the empty slot in the constellation matches up with the payload deployment point. Anyways…this particular launch had a 1 second long launch window instead of the more normal minutes to hours long launch window. It launched from Vandenberg heading directly south as the Iridium satellites are in a polar orbit…and although it was after sunset on the ground it was still daylight up at 100 miles high or so…so the launch was backlit by the setting sun. This shot was taken looking westward (well, actually slight north of west) from Orange County CA. The left end is the exhaust fro the second stage…you can see how the plume changes shape over time as the vehicle gets higher and starts to exit the atmosphere. Further behind that is the first stage plume and the interstage section where the first stage shuts down and separates. 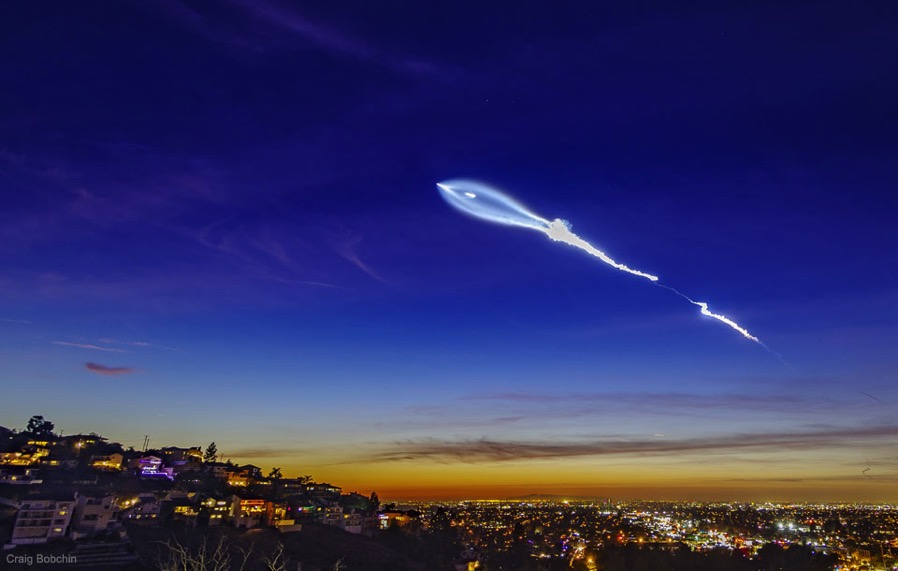 Here’s a shot of M15 (Harriet the eagle’s mate) sitting on the nest this morning incubating their two eggs. The first egg is going on 2 days past expected hatch time and the second one still has almost two days left…eagle incubation period is 34-36 days but something like 90% of the time it’s right on 35 days…so at coming up on 2 days overdue it looks like the first egg might not be viable. Harriet is about 15 years old with an average lifetime of 20 years in the wild…so maybe her egg making capability is starting to have eagle menopause as this will be the second year in a row for a non viable egg if that turns out to be the case.

You can follow along with the progress here if you’re of a mind to.

You know how there’s always an angel on top of the Christmas tree? Ever wonder why? Well, here’s the story. 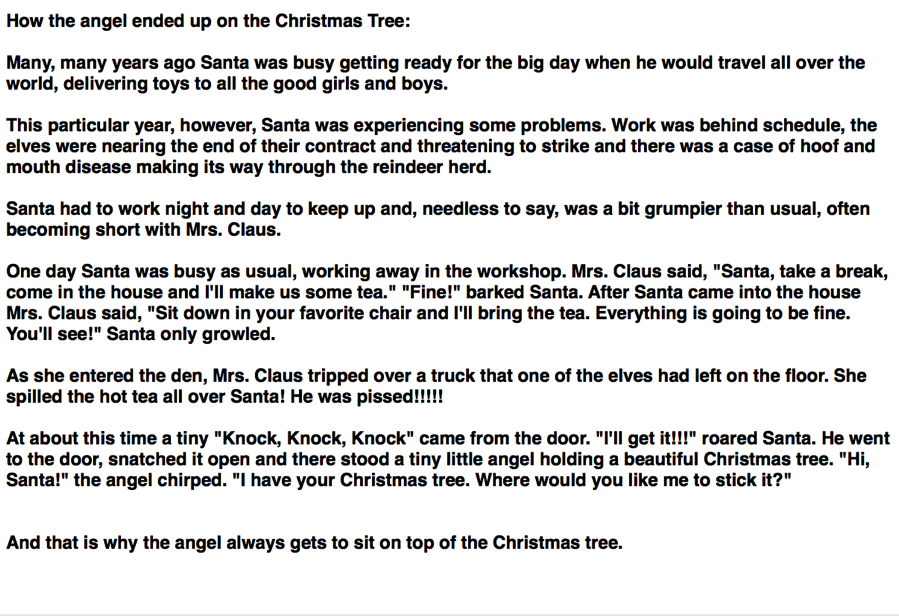 Some Christmas one liners. 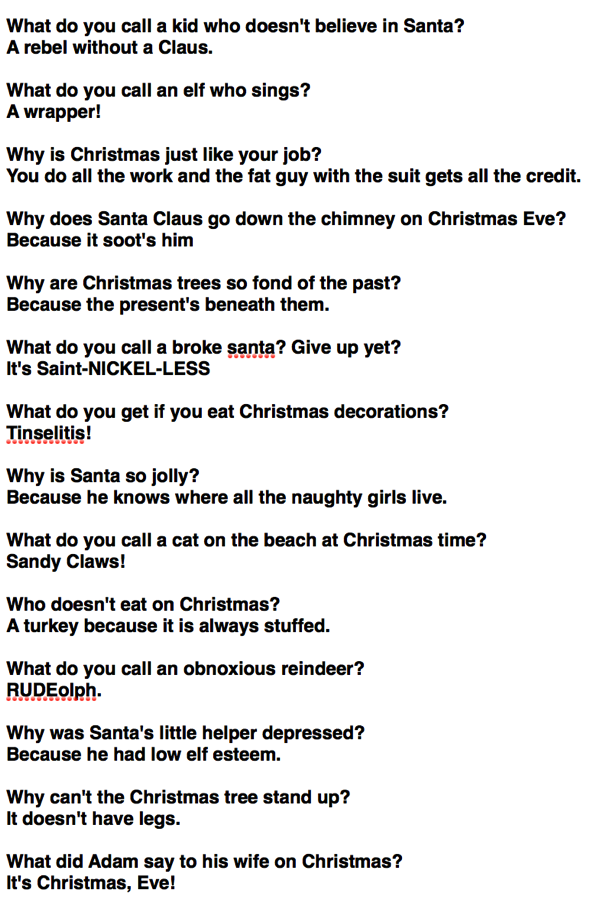 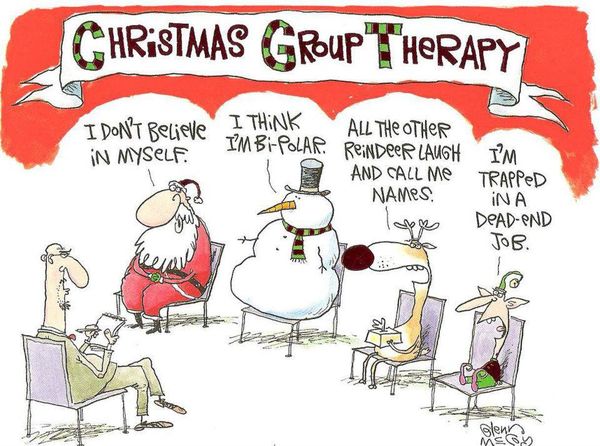 Bad Ass of the Week. Finally…a quiz for ya.

Everybody knows that after Jesus was born that an “angel appeared to the shepherds who where watching their flocks by night” and what the angel and a multitude of the heavenly host said to the shepherds.

However…and here’s the quiz part…what was the name of the first angel that appeared. I’ll wait while you go get out your bible and look it up in scripture.

Buzzzzt…sorry…your time is up…and you didn’t phrase it in the form of a question anyway…the Jeopardy theme shoulda given you a giant rap with the clue stick.

The correct answer is “Lo”.

It’s right there in Luke’s Gospel…chapter 2 verse 9…here it is from the King James version.

“And, Lo, the angel of the Lord came upon them, and the glory of the Lord shone round about them: and they were sore afraid.” In some versions the angel’s name is Behold…but Ima taking the fleet average here.