Ok…it’s about time to report on some Fun Stuff©…which is the whole reason for this RV lifestyle and “move about the country” as the Alamo Car Rental Agency’s ads say…so let’s get to it.

We’re here in the Boston area over the Memorial Day weekend…arriving Wednesday and leaving Tuesday after the holiday. We planned for some activities in the Fun Stuff© category Thursday, Friday, and Saturday…and then we’ll spend Sunday and Memorial Day hunkered down at the campground doing laundry and having our old college friend Pat Balzarini over for a bbq on Monday…that way she gets to drive in the traffic and not us…as it turned out by 1400 on Friday afternoon the highways were already jammed as we discovered on our way home from Salem…but Ima getting a bit ahead of myself so let’s rewind slightly to the beginning.

Thursday we had dinner planned at Rabia’s downtown but before that we decided to head in to the city and tour the Sam Adams Brewery…it’s the local brand up here and although it’s a major player and provider of beer around the country now it started back in the 80s as a craft brewery. We drove up there and scored a primo parking place right by the door…we got lucky as parking in Boston is hard to come by. Our tour was run by Andrew and Jack…who were actually pretty funny guys to listen to…they didn’t waste a whole lot of time on describing the brewing process…about 10 minutes talking ingredients and then a quick explanation for another 10 minutes or so in the research brewery attached to the main offices of the company…after that we spent another half hour or so sampling the brews. First up was their most popular one…Sam Adams Boston Lager…we just got a small sample of that as it’s pretty hoppy and we don’t really care for hoppy beers much. After that we sampled their 76 which was outstanding and also the 26.2…which was brewed in honor of the Boston Marathon…ya know that foot race that takes place every April up here…anyways a marathon is 26.2 miles long (actually 26 miles, 285 yards…but who’s really going to nitpick)…the 26.2 is almost a light beer with a lower alcohol content than most so it’s just the ticket after finishing the race.

Speaking of a marathon…any idea why it’s that distance. Well…everybody knows that the Marathon is named after the famous runner (they didn’t have radios back during the Athenian and Spartan days ya know) who…according to the legend anyway…ran home to Athens from Marathon…which is a pass through the mountains…and gasped out that the Athenians had defeated the enemy at Marathon with his dying breath. Well…that’s the story…and as far as it goes it’s basically true but is sort of short on details. What actually happened when you look into it is that the Athenians went out to Marathon in 490BC during the first Persian attempt to conquer Greece. The Athenian army got out to the pass and discovered they were outnumbered…so decided to send for reinforcements. The Greek General called for a runner…Pheidippides…to go to Sparta and get help. This he did…running some 140 miles there to ask for reinforcements. The Spartans basically told him that there was a festival going on and they couldn’t come…so naturally he did what runners did and ran the 140 miles back to tell the General that we were on our own. Since the General needed every soldier…poor Pheidippides grabbed his shield and spear and fought all day with the Greeks routing the Persians. Then the General needed to send word some 25 miles back to Athens…and naturally again called on Pheidippides who ran home, told the city leaders that the Greeks had won, and then died. Now you know the rest of the story as Paul Harvey would say.

When the ancient Greek Olympics tradition was reconstituted in 1896 the organizers instituted the marathon race…which was originally just a long foot race. By the time of the 1908 Olympics the race was standardized at “about 25 miles” and then a course was laid out which turned out to be almost 26 miles in length plus the single lap around the track in the stadium for the current distance of 26.2 miles.

There is a legend that it was originally 26 miles but that the finished was moved to be in front of the Queen Mother’s bedroom…but since that’s in Buckingham Palace and the race ended in White City Stadium in front of the Royal Box…as far as I can figure out that’s just a legend.

Anyways…Sam Adams now has a beer in honor of the race which was the first famous marathon and until the 50s or 60s there just weren’t very many marathon races outside of the Olympics.

Here are Andrew and Jack (he’s the one behind the bar) at our tasting. 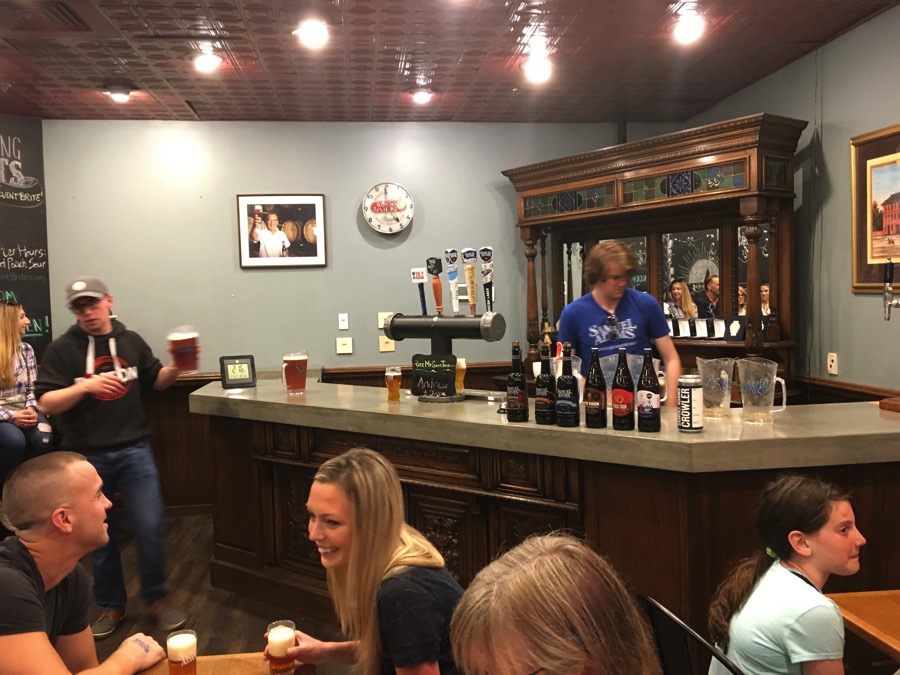 From the brewery we drove over to the nearby T station (that’s the subway in Boston) with the intent of parking Little Red and taking the train downtown…but the parking lot we were planning on using was gone and there’s some sort of construction going on. After a few minutes we decided to drive up to the Ruggles station since it had a parking garage…which it did…and it cost us $28 to park for about 4 hours. Another $5.55 each for round trip T tickets and we were quickly off 6 stops north to the old part of town…and we had about 2 hours to kill before dinner.

First on our agenda was picking up some cannoli’s for later…we knew about Mikes Pastry Stop and were going there but at the Elks Lodge down in Florida a visiting member from Boston told us we should also try Modern Pastry which is about 2 blocks away. Naturally…we decided to get some from both places and have a Taste-Off later on.

After grabbing our 6 test samples…we decided that it was 5 o’clock in Tel Aviv as one of our RVing buddies would say…and looked for a drinking establishment. We could only find a couple down near the pastry shops…and both of them were about as lively as a funeral parlor so we passed them up and headed up towards the restaurant. We also chose to skip the Wine and Cigar Emporium that we passed but luckily right across from the restaurant we spotted Vito’s Tavern so we stopped in there and sampled a couple of pints of Sam Adams Brick Red…they were mighty good. 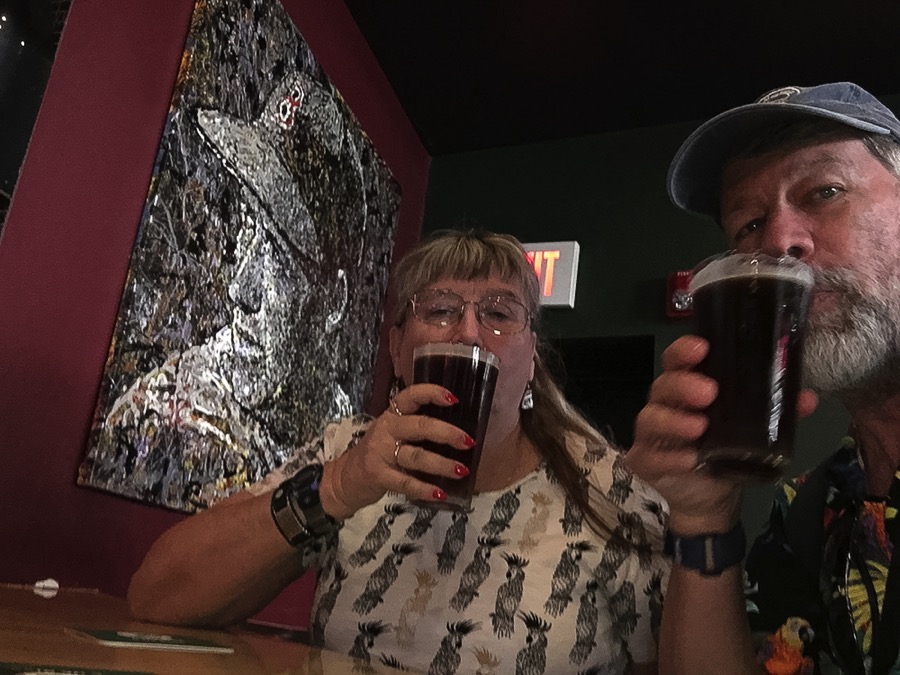 From there we moved across the street for our dinner at Rabia’s…the real reason we included Boston in this year’s travels…we were going by anyway and it’s almost the best Italian place we’ve eaten at. We quickly got settled into our requested table right by the front window and ordered a couple glasses of vino. 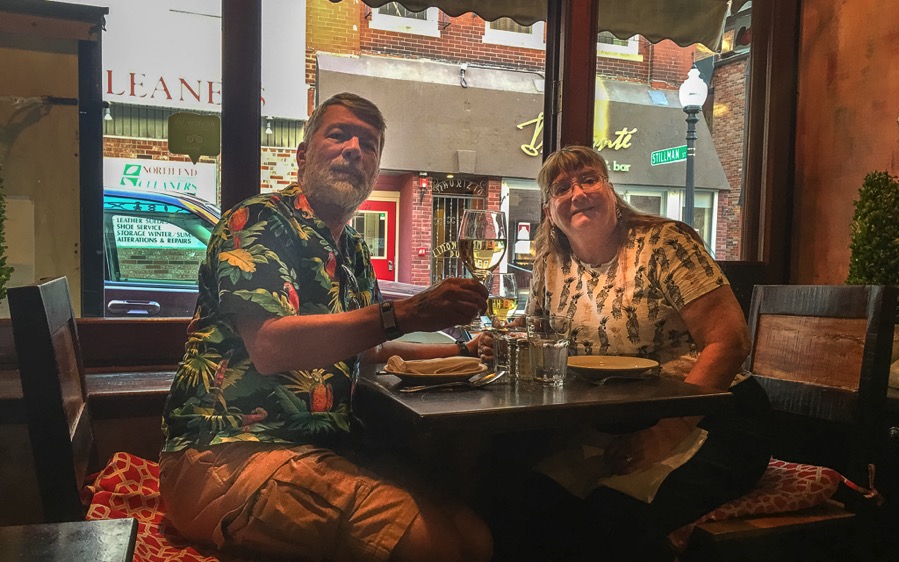 We had some really outstanding bread…very chewy crust, soft interior…and then ordered dinner…the Lobster Risotto for Connie and Lobster Ravioli for Neil. The risotto was basically mushroom risotto with several types of mushrooms toped with the meat from a 1.25 pound lobster…expensive but worth it. The ravioli came in a serving of 5 about 3 inches square stuffed with lobster, basil, and cheese and covered with a sauce made with more lobster, lobster roe to give it the nice coral color, and champagne instead of wine. Both were really outstanding…well worth the trip into town and the $28 parking fee at the garage…and Connie brought home enough for dinner leftovers the next night. Several passers by looked longingly at our dinners but Neil had his fork ready to defend them from any marauders.

After dinner we headed home and after out tummies being stuffed eased a bit sampled 1 each of Mike’s and Modern’s pastry…we split a caramel pecan one from Mikes and a ricotta pistachio one from Modern. The verdict…Mikes by a landslide. They’re larger and tastier. We’ll try again tonight…the second one we brought from Modern we got filled with vanilla custard instead of the usual ricotta cheese mixture…we’ll see if that makes a difference.

Friday we headed north to Salem…home of the famous witch trials back in 1693 to visit the house owned by Judge Jonathan Corwin who was the judge in charge of the trials. We skipped the Disney like creations since that sort of thing just isn’t our thing. What actually happened was that the young daughter and niece if Reverend Samuel Parris came down with what the record describes as “fits beyond the power of natural disease” and someone claimed that there were 3 women who had bewitched them…Sarah Good, Sarah Osborne, and and a black Caribbean slave woman named Tituba. Eventually 25 People were tried and executed for witchcraft…it’s thought today that some sort of inter family feud was likely behind the original accusations. A total of 150 people were originally arrested and the trials only stopped when the governor’s wife was accused and he put a stop to it.

The Witch House as it is known today was built between 1620 and 1642 and was a virtual mansion for the time…about 3500 square feet over 3 floors plus an attic. It’s the only still existing structure in Salem that has direct ties to the trials. We looked at it more as a historical reference into how they lived back in the late 1600s in Salem and really didn’t concentrate much on the trials part.

One thing we did find out was the human fat was frequently used back then as a base for applying ointments and such…and that fat from executed criminals was considered to be the finest sort of human fat to use for this…it was usually sold afterwards by the executioners of the time. There were numerous exhibits of 1600s medicine and an amazing number of them involved parts of human beings.

Front view of the house…we entered through the gift shop in the rear…the doors are only about 5.5 feet tall…Neil had to duck to enter. 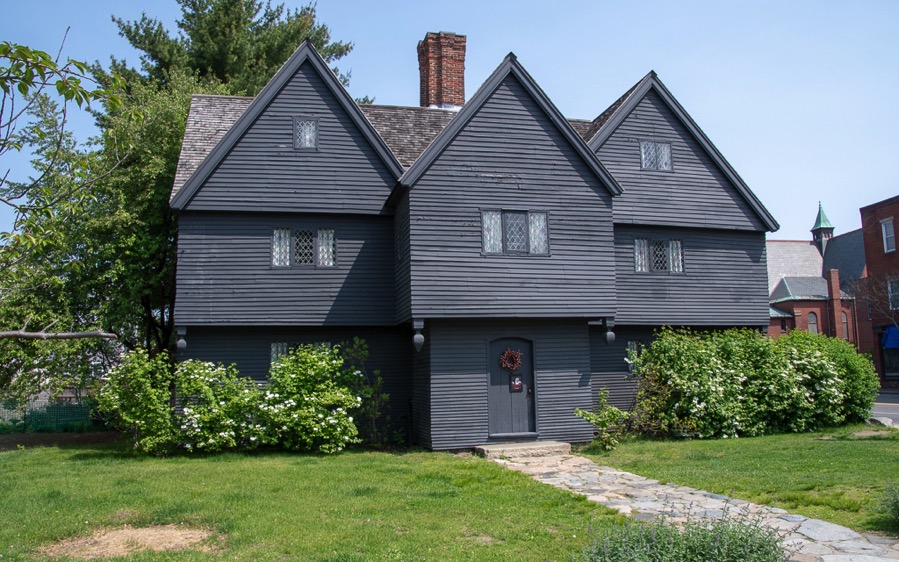 Main dining table in the kitchen with the stove/fireplace/oven in the left rear. 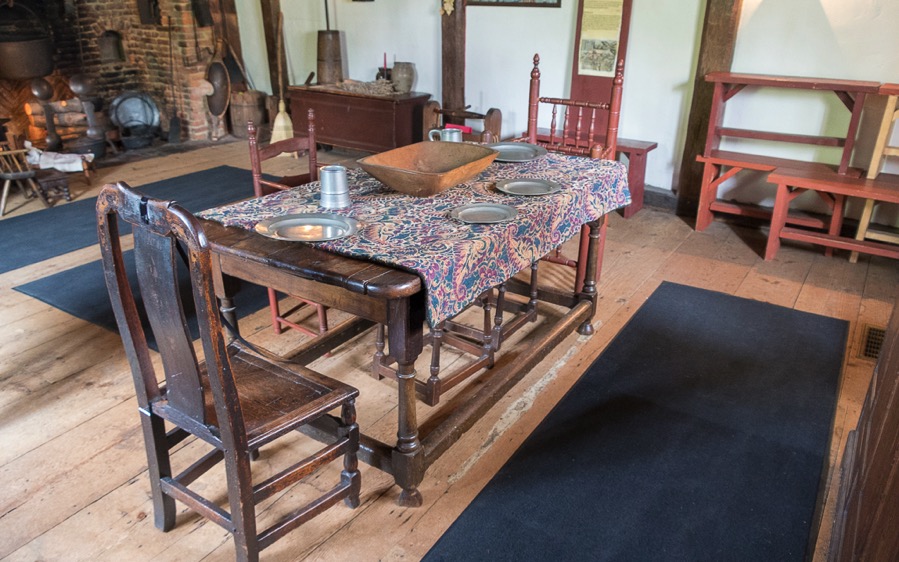 One of the medical exhibits…apparently if you had epilepsy you could cure it by taking the brains as well as various other body parts of a young man who died a violent death…pureeing it, mixing it with wine, and drinking it. Who knew? 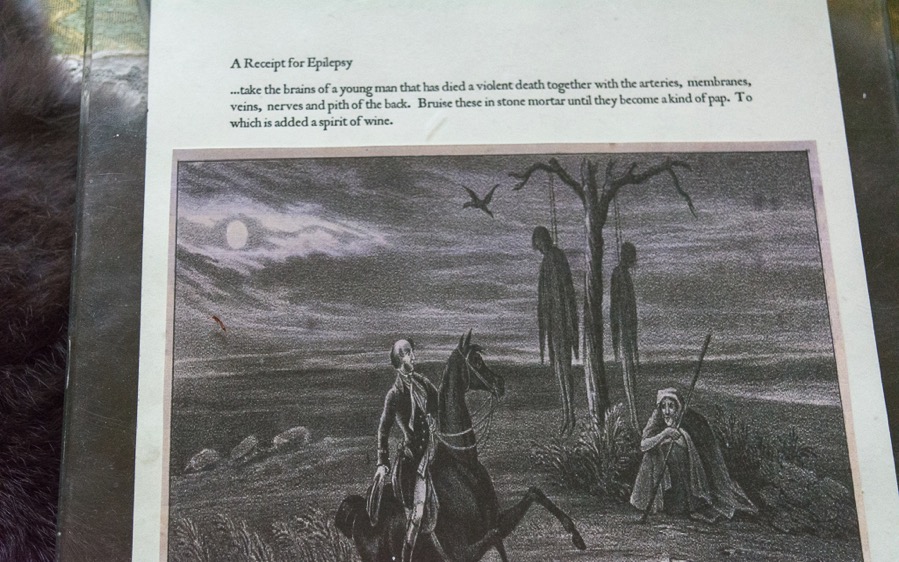 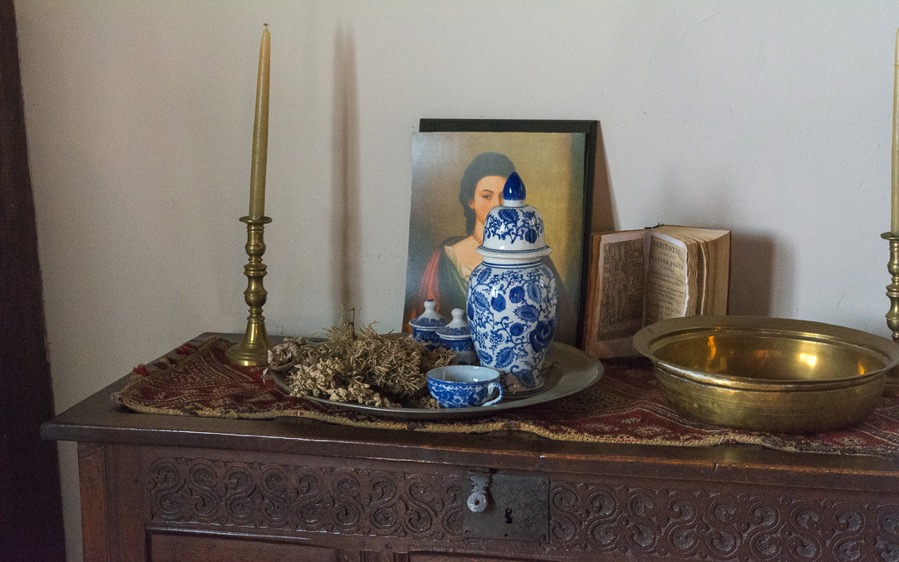 Loom in the second story of the house. 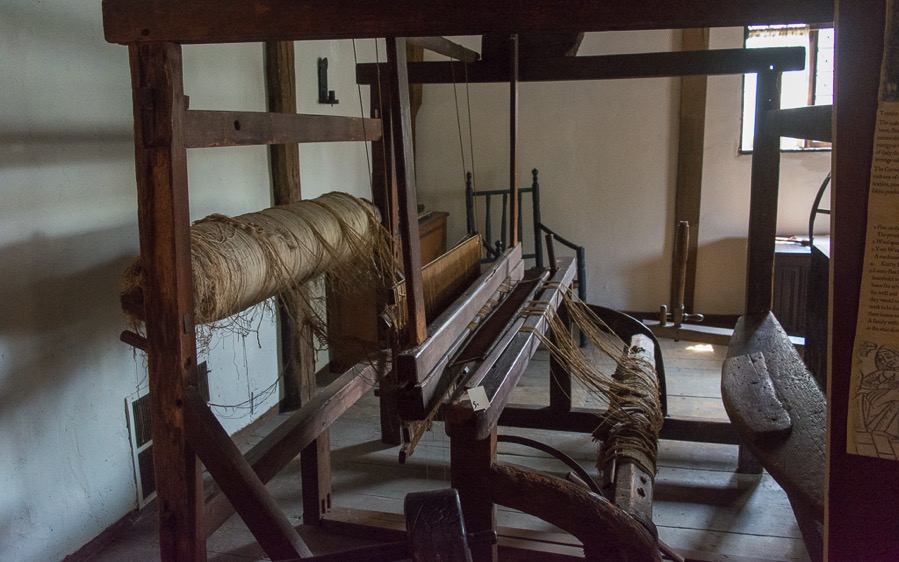 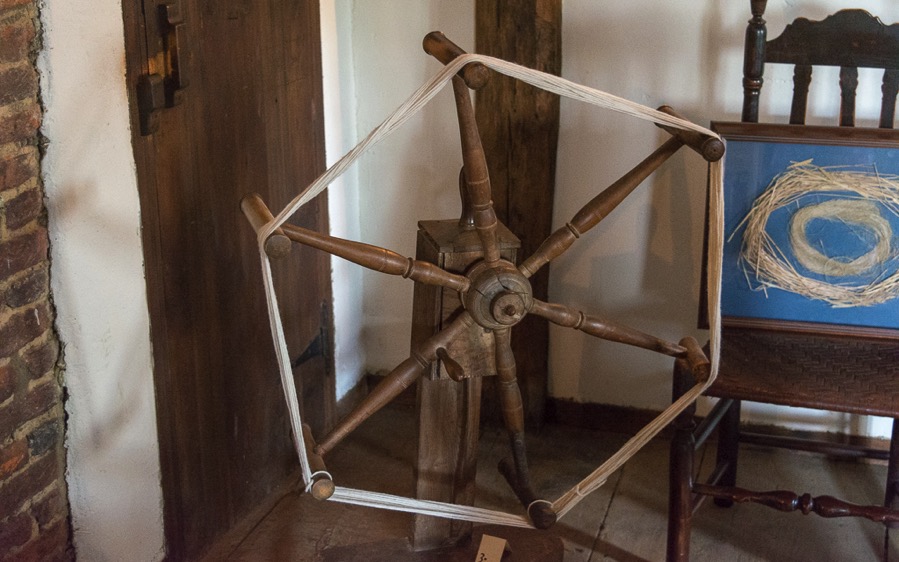 The upscale bed they slept on…a rope hammock in a frame with a mattress stuffed with straw…or likely feathers for a rich man like Judge Corwin. 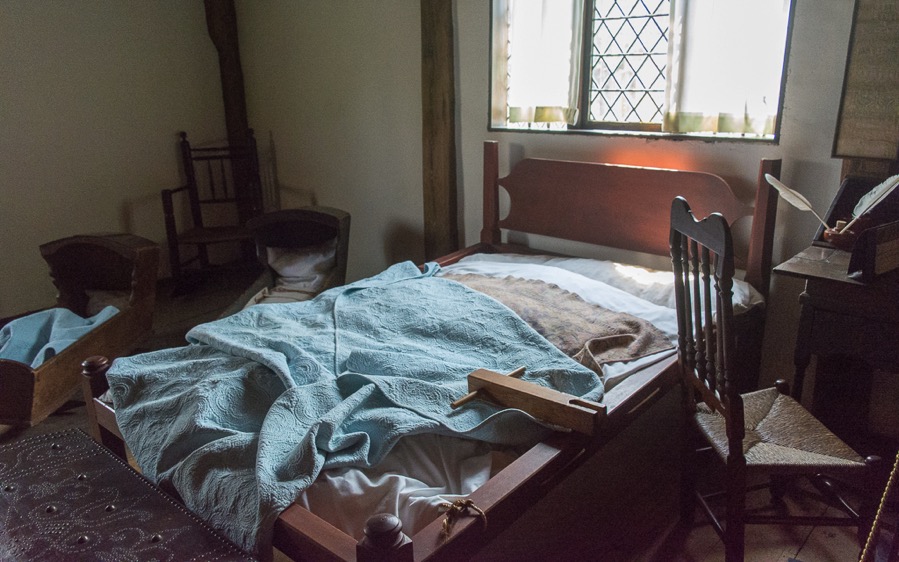 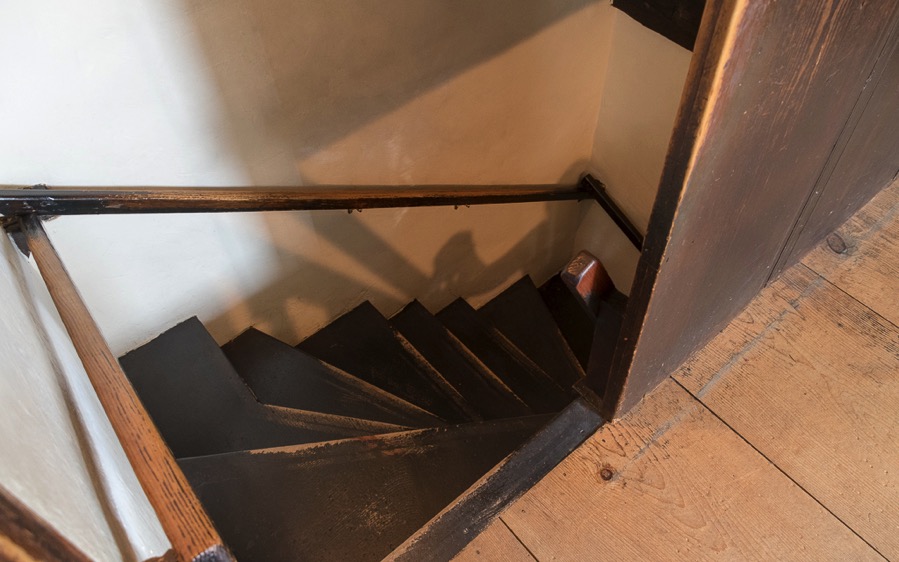 After lunch we gave up on any more stops where we needed to park…because we were out of quarters. We did drive by the old Custom House that Nathanial Hawthorne used when he was the Custom Agent…before he went on to write “The Scarlet Letter”. 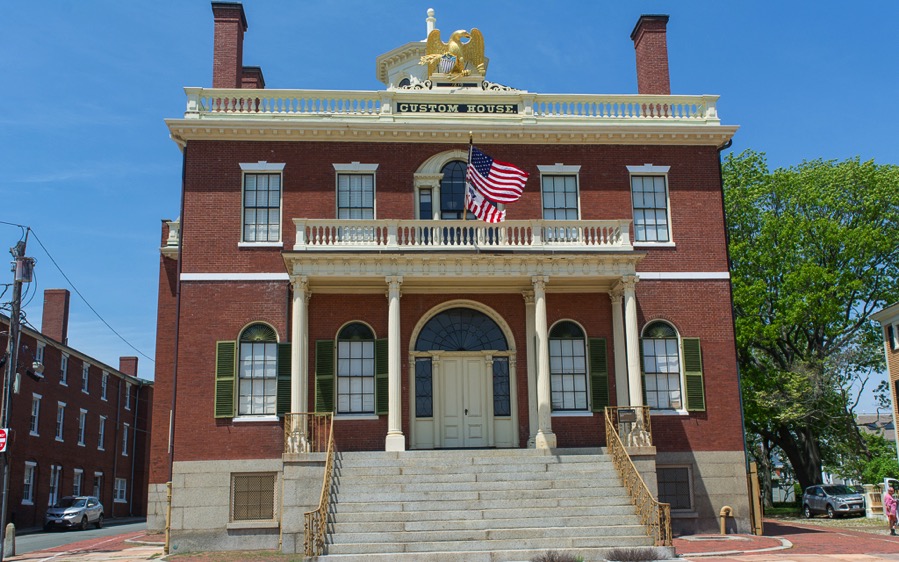 Across from the Custom House you can see the tall ship Friendship of Salem…or at least you could if it wasn’t off getting rebuilt. It’s actually not an old ship but a replica. The original Friendship was built in 1797 and served as an East Indiamen trading vessel until it was seized by the British during the War of 1812. A second Friendship was built by the original owners in the 1815 and served in the pepper trade until it was seized by Malay pirates in 1831. A full rigged scale model was built in 1804 by the original ship’s carpenter on a voyage to China and presented to the owners…this model was used to built a 171 foot replica in 2000. It stays stationary most of the year but sails occasionally. 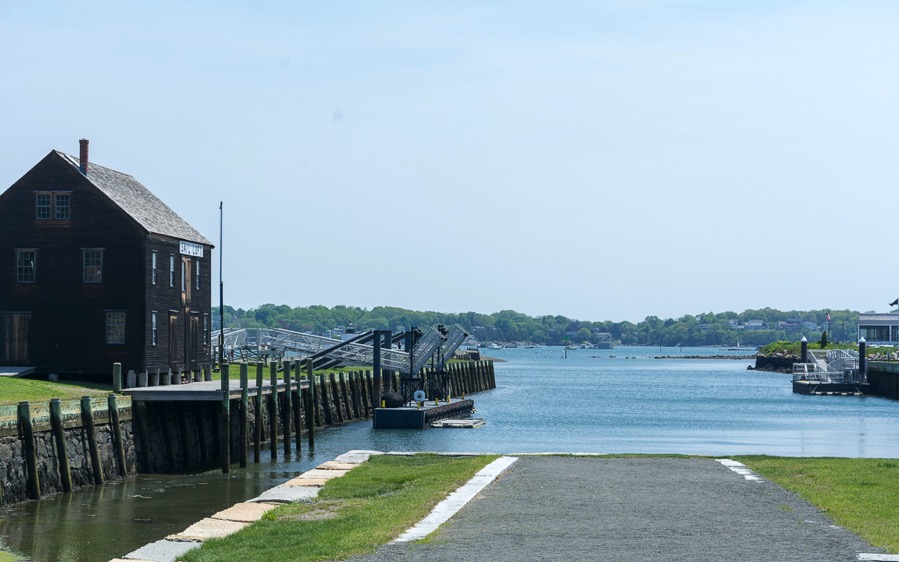 An photo of the wharf used by the Historical Site from the late 1800s…both Friendships were gone by then but this is a very similar 3 masted square rigged vessel. 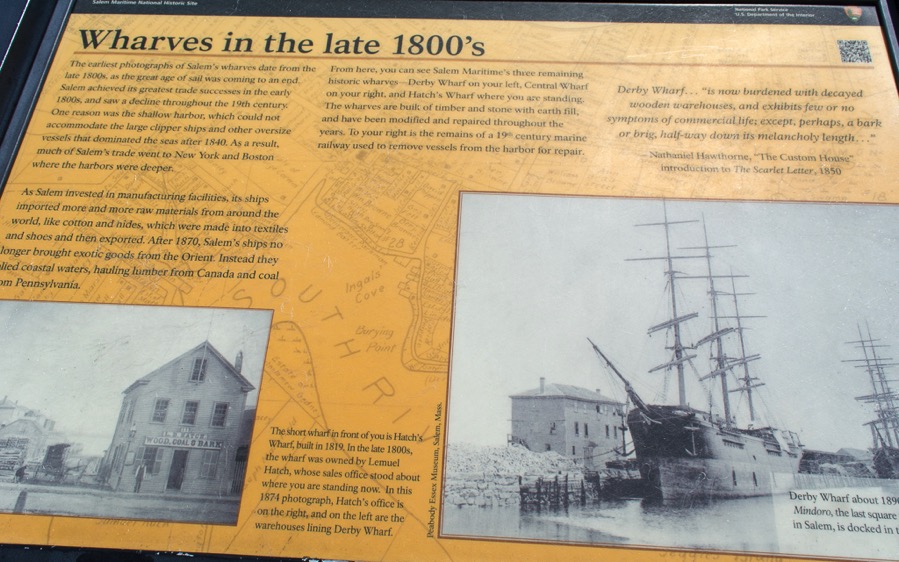 On to interesting things found on the net. 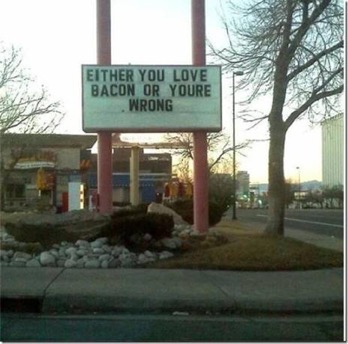 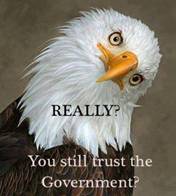