Before I get into today’s post…let’s talk about Newfoundland a bit…what it’s like. Seems like a good idea to me as it’s a place not many folks visit. First up…a couple statistics. It’s about 42,000 square miles with a population of just under a half million. It’s about 320 miles by 310 miles and is mostly a square with a piece sticking up to the north from the northwest corner and another smaller chunk hanging off of the southeast corner. Most of the population lives either along the coastline or along the Trans Canada Highway as it bisects the island east to west. There are two major cities…Channel Port aux Basques on the southwest tip and St. John’s on the southeast tip. It’s got over 7,000 islands and about 15,500 miles of coastline.

Basically…Newfoundland resulted when Ireland and Alaska had a baby. Topographically…it’s a lot of rock with bits of dirt in between…a lot of the “dirt” is actually what would be called muskeg up in Alaska or peat over in Island. Lots of water…thousands upon thousands of lakes, ponds, streams, brooks, rivers, wetlands. Lots of hills and low mountains…not real tall as the highest elevation is only about 2,700 feet but what hills there are result in a lot of short, steep grades on the roads…which meander around the valleys and ridges with a lot of curves…no real freeways as we would have down in the USA. In fact…the mountains in the southwest part of the island…known as the Table Mountains…are actually part of the Appalachian Mountains…way back when all the land on the earth was gathered into the super-continent Pangea the Appalachian Mountains existed but not the Rockies…they’re much younger. When the land separated into the continents we have today…part of the Appalachians went with what eventually became Newfoundland.

People…they’re among the most friendly folks we’ve ever been around…even friendlier than most of the rest of Canuckistan…well, friendly except for the border guards. Can’t really say anything bad about them.

Infrastructure wise…well…that’s the part that the Alaskan parentage provided…the standard of living here is a lot rougher than it is in most places down in the USA. It’s not lower…don’t want to give you the wrong impression…but it’s just a lot more rough and ready than say the I-95 corridor in the eastern USA. Stores…groceries, gas stations, hardware and the like are all fewer and farther between than most Americans are used to…and the selection in stores is also less than what we would be used to. Nothing wrong with that…but it’s definitely something you notice as you travel around.

Road-wise…well…there it’s almost exactly like Alaska. There are two seasons up here…winter and road construction…but mostly the road construction folks do a good job and even with lane blockages and flagmen they tend to get you going as quickly as possible. They’ve also just accepted a lower standard of smoothness for roads…with the weather up here and snowplows busting up the pavement every winter…they just patch the potholes and don’t do complete repaving jobs nearly as much as we’re used to down in the USA. They also have a lot of gravel and unpaved roads…just like Alaska…the main roads are paved but a good percentage of the secondary roads are gravel…well maintained gravel so it’s not usually too bad to drive down them…but gravel nonetheless.

Weather-wise…I dunno what to tellya…I don’t think they have summer up here. As I type this missive up here in Cow Head which is about halfway up the west coast of the island…it’s 50 degrees coming down from a high today of 52 and headed for a low tonight of low 40s…with 20-25 knots of wind blowing. Granted…we’re only about 30 feet from the coast of the Gulf of Saint Lawrence…but it’s cold and windy…and it’s been that way ever since we arrived…and it also rains a lot.

Ok, enough of that…let’s get to the meat of today’s post…

We got saddled up and on the road this morning about 1000 for our 213 mile transit from Doyles up to Cow Head…which is located in the northern portion of Gros Morne National Park…we’ll be visiting that the next 4 days so I’ll leave descriptions and photos from the park until a later post.

For only a 200 mile day…it was pretty brutal…it was in the high 40s when we started getting ready to leave and drizzling. Rained most of the first 100 miles and some wind as we passed over small passes and through valleys…nothing dangerous but the combination of rain, lowered traction, wind, and curvy roads…not to mention the roadside ditches and cliffs…meant that Neil had to pay closer attention to things than would be normal on a US freeway. After lunch…the weather got better but then we were driving through Gros Morne National Park…with lots of lookie-loos on the road and even worse curves and hills.

We did get stopped briefly at one construction zone where there was a single lane open for traffic for about 3/4 of a mile or so…ended up sitting there waiting on our turn for 10-15 minutes. While we were sitting there stopped on the two lane road…Neil looks to his left and lo and behold this is what he found. 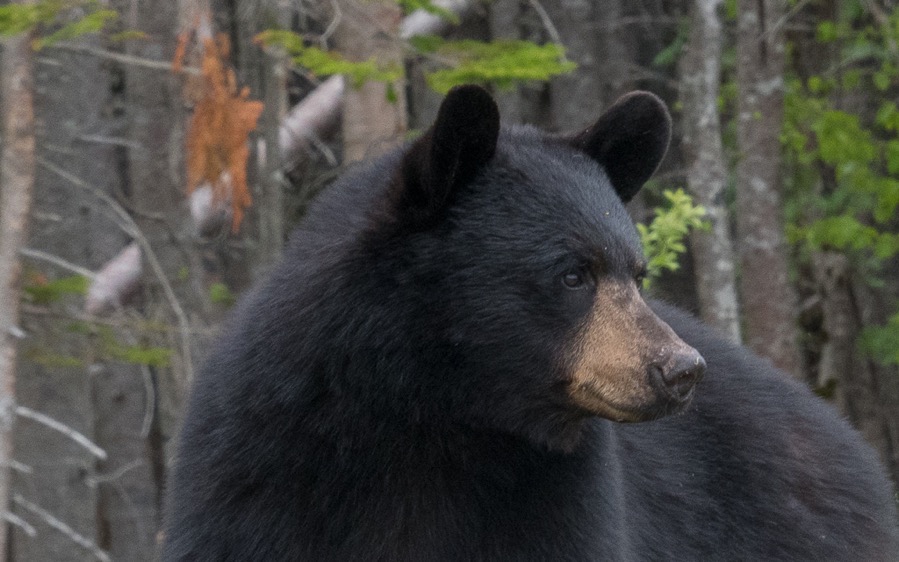 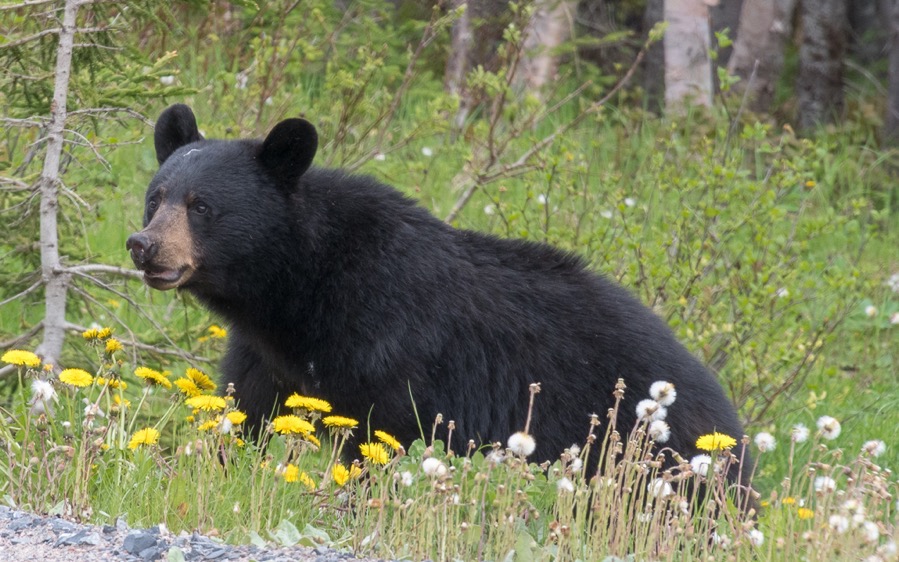 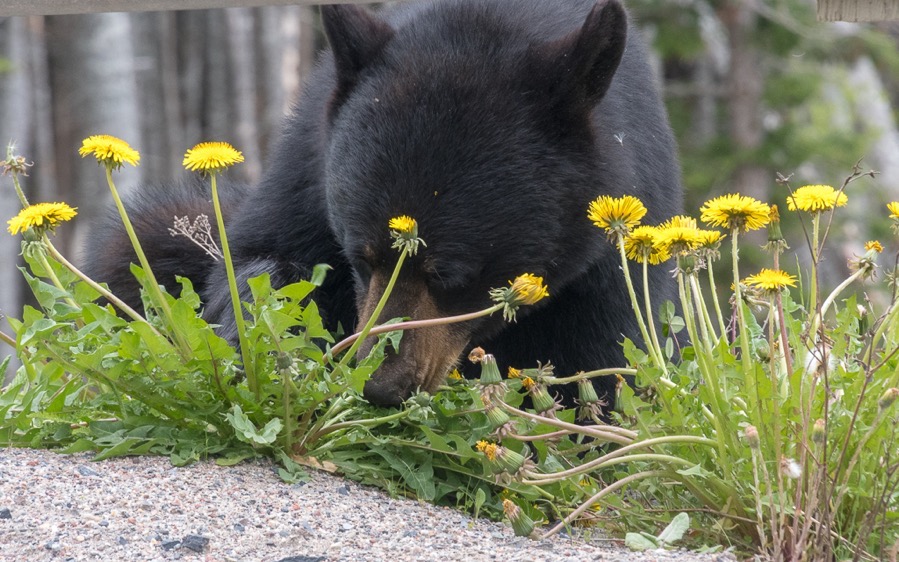 Yup…a little black bear…probably 150 or 200 pounds…sitting right next to the edge of the road eating flowers and completely ignoring the line of cars stopped 12 feet away. He actually stood up on his…or maybe hers…dunno which…hind legs and watched the proceedings but Neil couldn’t get the camera off of the passenger seat quick enough to get that shot. Quite a good series of shots for something we just basically lucked into and shot photos out the opened window on Big Red…the li’l guy (or gal)…couldn’t have cared less about the cars. Cars actually make pretty good blinds for taking wildlife photos because the animals don’t realize there are people inside the vehicles.

Bet it’s fun to sing the Happy Birthday song to this lady. 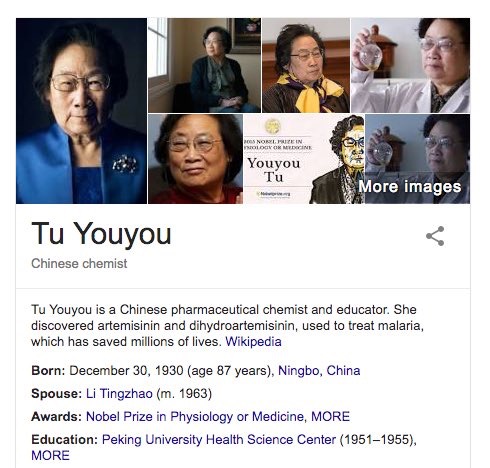 Haters will decry this one as Fake News. 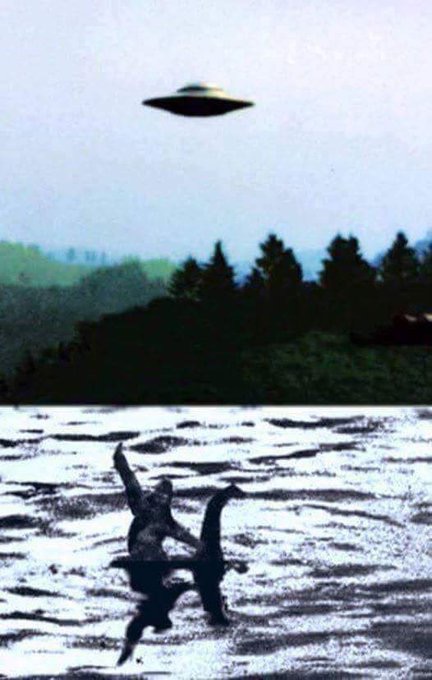 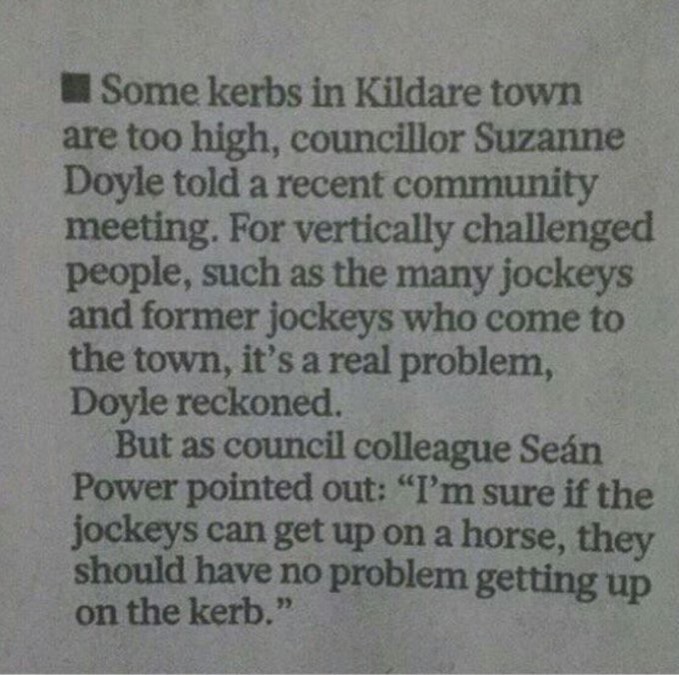 I just can’t see her finishing though. 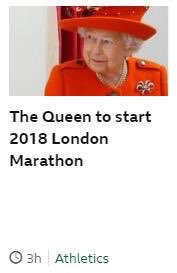 How Hells Angels in Canuckistan terrorize their victims.