Assorted Ramblings of the Third Kind

Yeah…that’s what I said…the third kind. According to the Urban Dictionary…”third kind” means “an experience with a human that is so bizarre one might as well be dealing with an alien.” And that’s what we’re dealing with here.

Connie’s off to Bingo at the park tonight…and I’m bored…so on to the rambling.

First up…the cold weather up north. Yeah…I realize it’s cold up there…and it might even be colder than average…and the river in Chicago might have frozen over…but its winter in the North for goodness sake…you think it’s going to be tropical?

There’s a student in the upper Midwest somewhere’s…he froze to death in his dorm room apparently…and while that might be a tragedy for his family…and whoever was managing the heating in his dorm room might be…emphasis on might be…responsible…it’s winter…what did you expect?

If you don’t like cold weather…don’t live in the north. I’m getting sick and tired of the mainstream media naming winter storms and telling us how many millions of people…mostly those live in NY or other bastions of dense urbanism…are “under the gun of the polar vortex” and need to be protected.

Even the US Postal Service has surrendered. Remember the old days…when the USPS creed…”Neither snow nor rain nor heat nor gloom of night stays these couriers from the swift completion of their appointed rounds” meant that…no matter what…the postman would deliver your mail to your mailbox. I remember back when I was just a cub…the postman came in AL even during a hurricane. Not so much now though…7 states had cancelled mail delivery today. Give me an elfin’ break I say.

Harden the f*** up and deal with it as the Australian bike racers say.

Moving on to Venezuela…we’ve been hearing for 2 years now how the Republicans aided the Russians with “hacking the election” in 2016 and participating in “collusion”…whatever that means. Now I understand that the Democrats didn’t like the outcome of the election…and frankly we’re not real fans of the President ‘round these parts either…but elections have consequences…and like former President Obama said…the losing side just needs to deal with it. Instead…we’ve seen 2 years of what Connie calls TDS for Trump Derangement syndrome…attempting to overcome the vote of the people. I don’t want to hear about how the Electoral College is bad…it’s the law of the land. I don’ want to hear about “collusion” or “hacking the election” unless you’ve got some actual evidence that either of those things happened. Just because Mr. Trump won the election…under the rules if I might add…doesn’t give the other side the right to claim it’s an illegitimate result.

I only got onto that tangent about the 2016 election in the US because of the current flap over the presidential election in Venezuela. While Mr. Maduro is s worthless scumbag communist in my opinion…the fact remains that…according to the courts in his country who have ruled on it…the official winner of the presidential election there. Despite this…the media in the US…aided and abetted any most of the foreign policy folks and various other talking heads on our media…insist on recognizing the opposition leader who has declared himself the actual president of Venezuela.

Now I don’t really give a damn about who the president of Venezuela is…no matter who it is the government there is corrupt and mostly interested in lining their own pockets…very similar to most of the politicians in the US. However…I do find it somewhat hypocritical that the same mainstream media that condemns our President for “hacking” and “collusion” doesn’t see any problem with advocating what is…essentially…the overthrow of an elected government in a foreign country.

I agree that the election in Venezuela was probably rigged…and that Mr. Maduro is a scumbag dictator…but the fact remains that…according to the courts in his country…which may be rigged as well…he won. How is bitching about Mr. Trump’s alleged crimes while simultaneously trumpeting how Mr. Maduro is a bad guy anything but hypocritical?

Speaking of hypocritical…and dishonest…let’s move on to the curious case of Jussie Smollett.

I have to agree with you…I had no idea who he was either…so here’s the Cliff Notes version.

Mr. Smollett is a gay black actor…which we have nothing against. He’s the “star”…for lack of a better term…of a series on Fox named Empire…where naturally enough he plays the part of a gay black musician. ‘Round these parts…we don’t have anything against the man…or against black or gay or liberals…well, maybe liberals we do just a little…but that’s just who he is.

OK…last weekend…the aforementioned Jussie Smollett…who lives in downtown Chicago in the area known as the Loop…came home from wherever he was working that night…and then decided he was hungry. So…he headed out…at 0200…that’s 2AM for folks not familiar with military time…for breakfast…at of all places…a local Subway. Now remember that nothing good happens after midnight…but anyways…supposedly he was attacked on the way to the Subway.

According to Mr. Smollett…he was attacked by two white guys in MAGA hats…who said they recognized him as the N-word guy from Empire…and they beat him up, dragged him around by a rope around his neck and then ran off.

Mr. Smollett…well, he went home…with the rope supposedly still around his neck…and 40 minutes later his agent…who just happened to be at his home at the time…called the cops.

Immediately the media jumped on the “hate crime” bandwagon and further condemned anybody who has the unmitigated gall to wear a MAGA hat.

The police have been investigating ever since…and while if this story is true the low lifes who did it should be executed…it is starting to look more like a hoax than an actual fact. Here’s what has been in the news the past couple of days.

-In the second video…he’s seen wearing the rope “like a neck tie” according to the statement by the police…and he’s not in any manner appearing to be “fleeing” from his alleged attackers.

-He claims…backed up by his agent…who just happened to be at his house…that he was talking on the phone to his agent at the time of the attack. His agent claims that he heard the racial and homophobic remarks by the attackers…despite the fact the cell phones don’t pick up background noises that well. Both he and his agent…strangely enough…have refused to provide either their phones to the police for analysis or their phone records to document the existence of the conversation they were supposedly having.

While I have no evidence either way this claim is true or not…and if true it’s a crime and the perpetrators should be prosecuted…there’s a lot of things that just don’t add up here.

Despite all of that…the media is still talking about the “race and homophobic related” attack…the MAGA wearing white guys that allegedly attacked him…the the “hate crime” nature of it.

I wonder…if in days to come that it turns out this was some sort of PR hoax…if the media will be so quick to declare the white guys in MAGA hats innocent.

Given that he claimed that the white guys in MAGA hats recognized him as the guy from Empire…and given the most likely low number of conservatives that watch a black and gay oriented TV show on Fox…I’m still waiting on some actual evidence from either him, his agent, or the police. Call me crazy…but Ima not buying it yet.

Days later…still no evidence of anything happening.

Moving on to politically related things…the latest salvo from the liberal side is that from Senator Warren of MA…she’s proposed a 2% (or 3% depending on how wealthy your are) wealth tax on the net worth of “rich people”.

There are several problems with this…starting with its probably unconstitutional to tax net worth in the first place. After that…there’s the whole problem of determining…each and every year…what each “rich person” is worth…and that’s fraught with difficulty since things like privately held companies are inherently difficult to evaluate. But she’s not really interested in legality…or the amount of revenue that might be raised…she’s interested in scoring points with people who think that “rich people” need to pay their “fair share”.

Let’s ignore for the minute that “rich people” already pay far more of the overall federal income tax revenue than is their share…no matter how you cut the numbers when you’re talking about numbers like the US government’s annual revenue it’s not coming from poor people…it’s coming from people with higher salaries.

Connie saw an estimate today on the cost of “Medicare for all” that a lot of the liberal folks are touting as the solution to the health care issues in the US. This estimate…which was done by a business guy from George Washington University…and which used assumptions which he freely admitted underestimated the actual cost…came up with a cost of “Medicare for all” at about $6 Trillion dollars a year. Given that the current entire US budget is only about $4 Trillion per year…”Medicare for all” would raise the federal annual expenditure to about $10 Trillion a year…or an increase of 250%.

Folks…there’s just not enough money in either income or wealth owned by “rich people” to cover that.

OK…enough rambling…let’s see what interesting things we found the net this week. 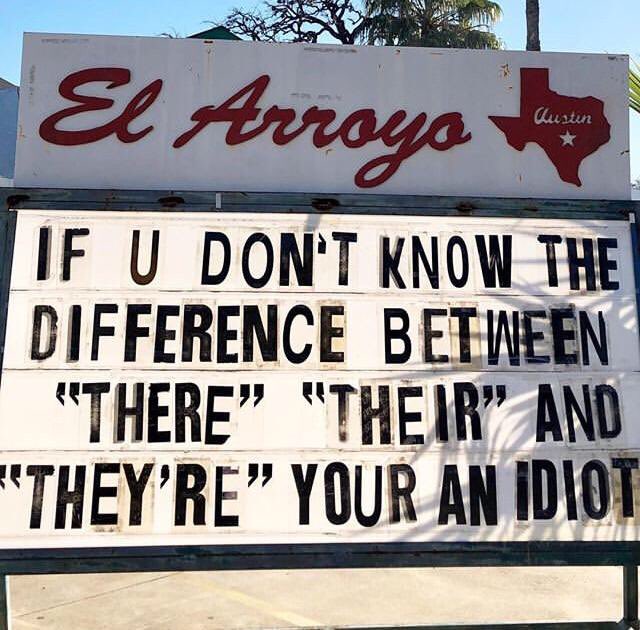 You would think that a place named “Animal Planet’ would know the difference.

And from over in the UK…after Price Phillip’s recent traffic accident…and yeah…I know the steering wheel is on the other side of the car in the UK. 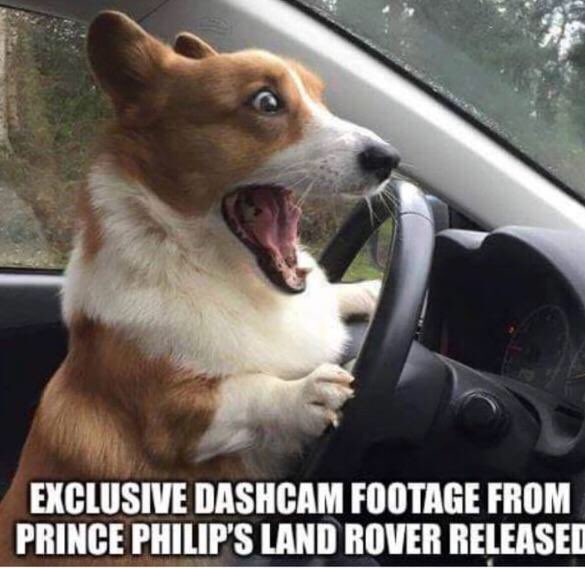 Fire breathing polar bear…this photo was taken at either sunrise or sunset where the sun illuminated the water vapor the bear was breathing out.

This is how archeology in Canuckistan works.

And another example of how your brain can make sense out of mush…this one from famed physicist Stephen Hawkins.

The origin of evolution.

And finally…these worker guys wanted to get one final photo together before they get fired.

1 Response to Assorted Ramblings of the Third Kind