I continue to be amazed at the sheer idiocy one sees on the web in both articles, comments, political rants, opinion pieces and pretty much everything else you see about the recent SCOTUS decisions.

The best one of the weekend was the right wing guy who started out explaining how how the constitution establishes 3 branches of government and what each one is supposed to do…so far so good. Then he went off the reservation and started to explain how all that was necessary to change the constitution was for Congress to pass an amendment and then the President could sign it into law…and that’s when I closed the page concluding this guy was just as lost as the rest of ‘em.

OK…in Part III of the vacation saga…the adults had finished up things in Lexington and were ready to leave. Since they only had about 110 miles to go to their next scheduled stop at Cumberland Falls State Park to see the waterfall…they took advantage of the free late checkout the GLo hotel (part of the Best Western umbrella) and didn’t leave until close to noon. We had figured out that there was no place to eat in the lodge and since the last 20 miles or so were on really narrow curvy roads with a speed limit that one could literally hardly ever reach and that we would have had to reverse that route…twice…to go eat we stopped for a late lunch at a bar and grill in one of the small towns we passed through. Connie had a salad and bowl of potato soup…good and bad respectively…and Neil had a Philly cheesesteak…pretty good. He saved about 1/3 of the sandwich to split with her for dinner and they planned to just graze on pretzels and chocolate bars as well as cookies for the evening rather than go back out.

We got to the park and headed down to the falls to check out the lineup since we were planning on being there right about sunrise the following morning.

The falls themselves are called colloquially the Niagara of the South…they’re about 125 feet wide and 68 feet tall although during the spring flood the get up to about 300 feet wide max. In the image below you can see how they can expand to image right about 20 or 30 feet before coming up against the wall of the gorge but there’s a much wider flat area out of sight photo left behind the trees…it’s just below the falls visitor center and gift shop and if the river level comes up about 10 feet then the width available doubles in size. This photo is looking just about due south in the late afternoon with the sun just a bit north of due west.

Neil pulled out his phone and check on TPE…an app he has named The Photographer’s Ephemeris it basically gives you not only rise and set times for the sun and moon but also the times of civil, nautical, and astronomical twilight as well as the direction all of that happens in. This is laid out on a topo map so you can figure out ahead of time where to be to see sun or moon in your photo or to get illumination on a subject. In this case…the falls themselves face just about due north and sunrise was east northeast so the rising sun would light up the falls nicely once it got high enough to be over the tree line.

They headed back to the lodge and got checked in…ate dinner…grazed on snacks…and essentially zoned out for the evening…they did get a couple of shots upriver from the lodge terrace. We had paid for a ‘river view’ room and we could see it from our window but not the falls…they’re out of the image to the right about 1/2 a mile and around several more river bends.

In the morning they got up and got packed and ready to go…then headed back over to the falls…the plan was to spend an hour or so there, pick up the stuff from the lodge and hit the road on the way home.

And the light was nice…and with all of the mist coming up from the falls we even got some nice rainbows as the light was coming over our shoulder as we faced the falls. 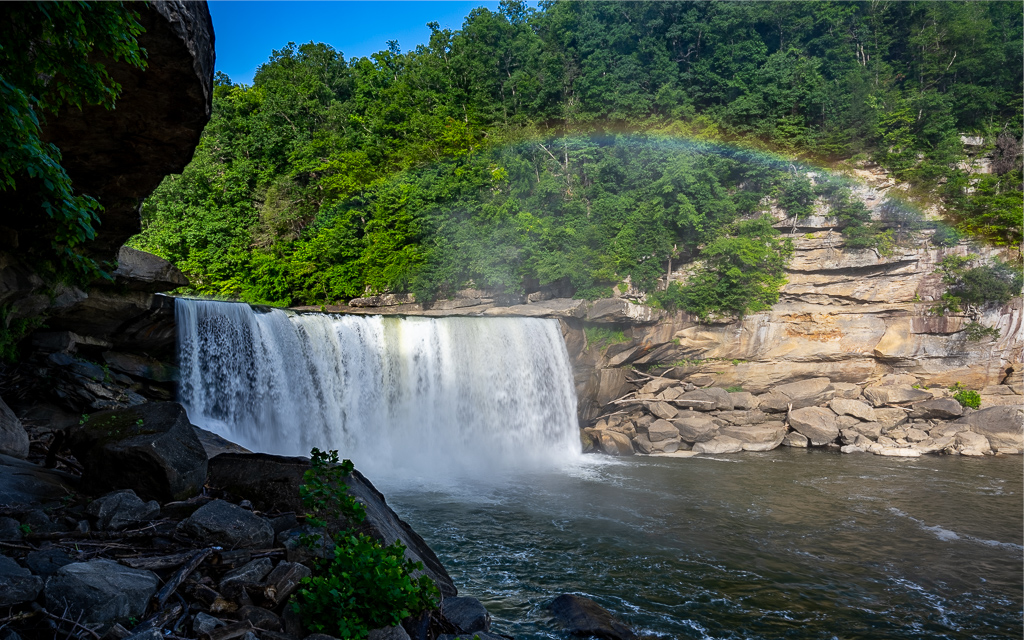 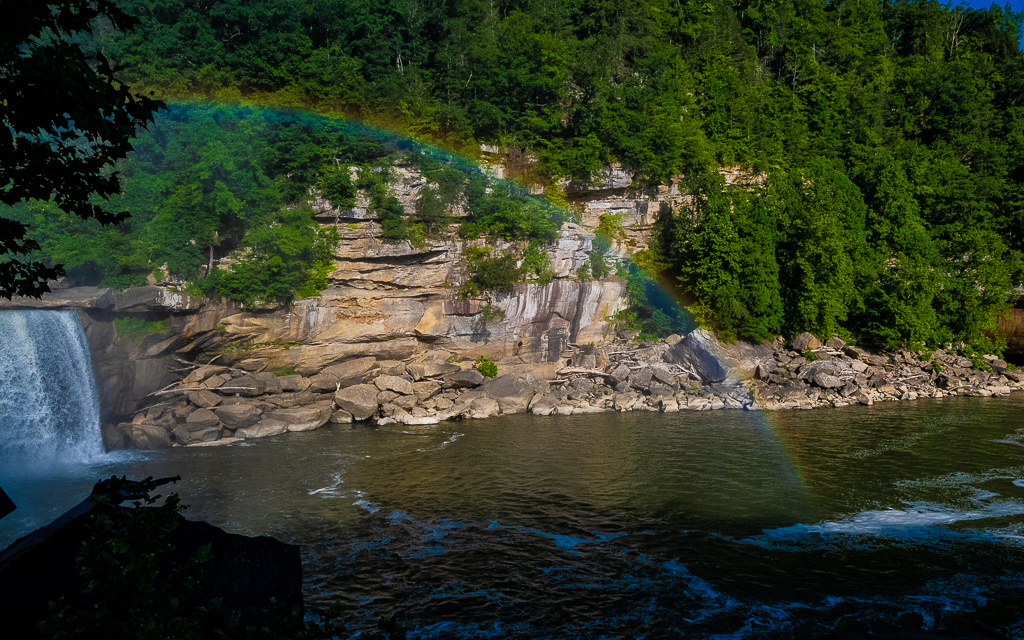 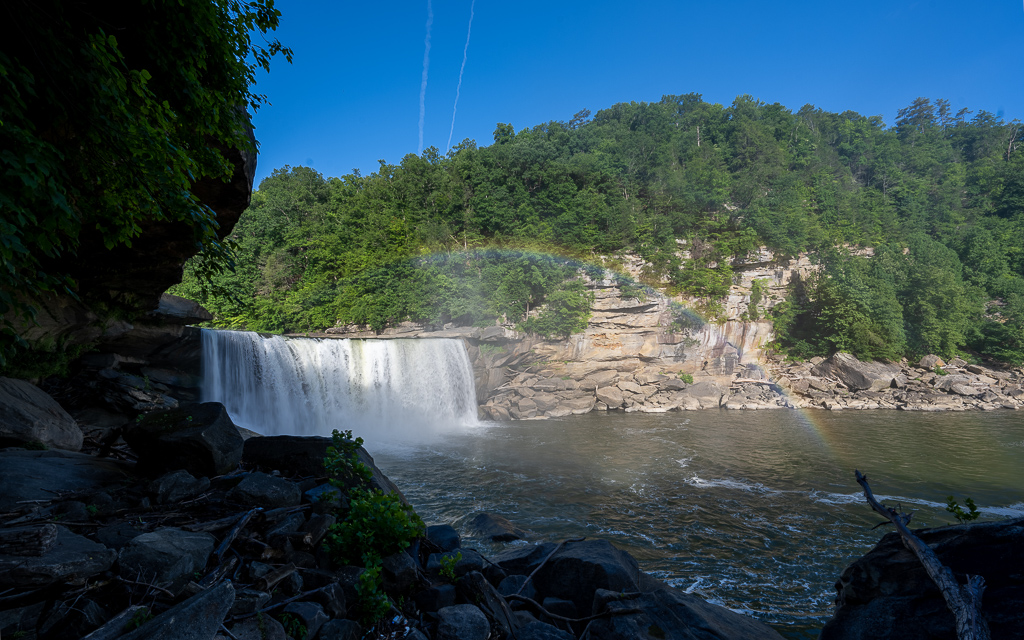 We had to wait a bit before we headed over due to fog on the river so it was a bit after 0800 when we were done. We headed out, loaded up the car at the lodge and hit the road for the 860 mile trip home. We stopped overnight at the Holiday Inn Express in Byron GA south of the last big city we had to make our way through (Atlanta), had a nice dinner at the local Mexican restaurant but it turned out the toilet in our room didn’t have any water supply. Neil told them immediately that it was a failed fill valve in the tank and not an actual water supply problem…but they insisted that they had a plumber out earlier in the day, that there was a separate water supply for the toilets (bogus he said), and that they would have to call the plumber. The hotel was nowhere near full and we had no idea why they didn’t just put us in another room but the front desk clerk said there were water outages all over the hotel and she couldn’t do that. By the time we got back from dinner…the manager had come in…she said the water was not out all over the hotel but we had to have the maintenance guy come and check it out. He told her again he had already done the obvious troubleshooting and the problem was the fill valve in the tank since the shower and sink both worked…but she knew better than him. About an hour later the maintenance guy showed up…without the plumber in tow…and he took one look and agreed with Neil…and told us he would have the desk change our room. We got a call about 10 minutes later to come and return the key before they would give us the new one…clearly the place has some management issues in addition to the facility issues. They put us in a first floor room with a bunk room obviously intended for families…the good news is that the toilet worked but the bad news is that the TV didn’t. By that time it was going on 2030 so we just lived with it since we were going to go to sleep early anyway after the long day on the road. So…pro tip…if you’re ever in Byron GA stay anywhere else but the local Holiday Inn Express.

We were out the door by about 0700 the next morning…breakfast at the hotel was mediocre at best even for hotel breakfast…and continued home with arrival about 1700. We had originally planned on stopping in Sarasota at the Longhorn Steakhouse for dinner but weren’t hungry yet when we passed so he offered her takeout sushi instead. We unpacked the car then she unpacked the suitcase while he went down and picked up dinner…followed by a shower and another early bedtime since we were tired.

It was a pretty good trip overall…and we learned some things that worked and didn’t work for traveling by car for longer periods which we’ll incorporate into our future plans. 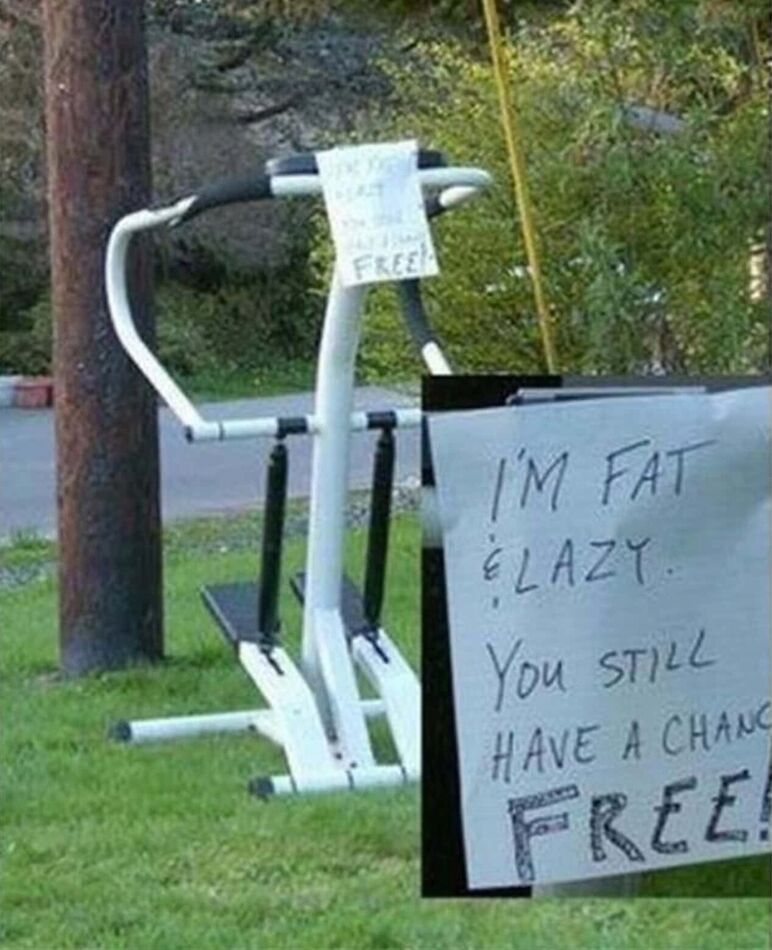 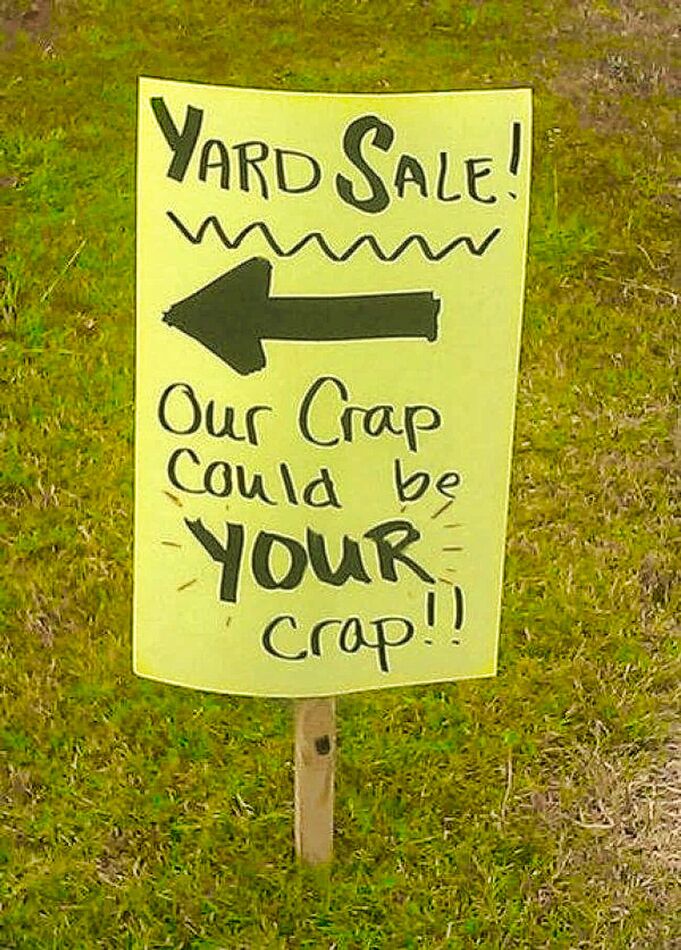 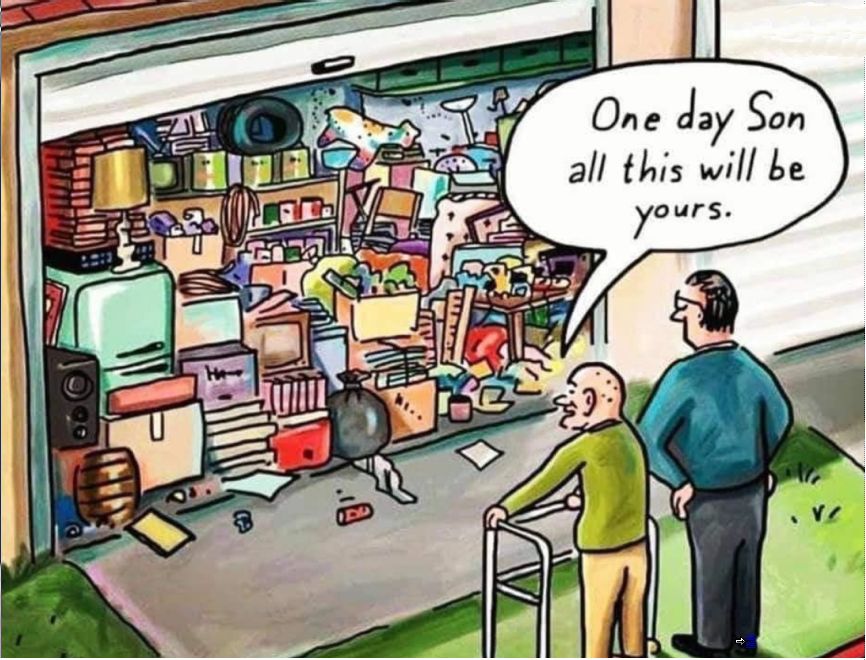 The full time RV travels and experiences of Gunther the Bear and Kara the Dog…along with their human staff neil and Connie.
View all posts by Gunther →
This entry was posted in Photography, Travel, Ya Can't Fix Stupid. Bookmark the permalink.