Couple o’ Critters For Ya

I dunno why but we’ve had a couple of critters show up out back at the pond in the past week or so…and Neil got a couple shots of them for ya. Nuttin’ all that exciting I s’pose but it is what it is. The heat keeps them down in the summer mostly and it’s been pretty brutal lately so I got no idea why they’re here. Speaking of brutal…Neil went biking on Sunday but since Connie was cantoring he didn’t get out until 1130 or so…and. It was miserable. Usually he tries to get out before 0900 during the summer…not that it isn’t hot then as well but it’s not as bad. On the bright side though…Sunday’s ride didn’t suck nearly as much as he thought it would.

Lessee…since my last blathering here what have we been doing.

Neil had some blood work at the lab before his routine ‘am I still alive’ appointment next Monday…and he attended an online training session by the Nikon folks on his pretty new to him Z9 camera body…it was focused on the auto focus modes in detail so one knows better when to pick which one. Some of them focus on the closest thing in the focus area box, others use a color pattern recognition thing rather than the closest thing…and it’s important to understand that so you know when to choose one over the other. The Z9…being the professional body…has a lot more smarts and the latest focusing algorithms in it and it’s pretty amazing that it does as well as it does…but there are still times when it gets it wrong and knowing the quickest way to fix that is always good. Especially with birds or wildlife…getting the eye in focus is almost always the highest priority and the software is smart enough to recognize body/torso, faces and eyes…and is smart enough to work for some animals as well…but occasionally you still need to just select single focus point and put the itty bitty box over the bird’s face…and even then if the beak is sticking out toward you it’s important to make sure that the beak isn’t in the box or you’ll get the tip in focus but not the eyes. Neil usually focuses in that case on whatever part of the neck or head is at the same distance as the eyes are if it doesn’t see the eye…you can tell if it sees the body or face or eye by the focus boxes in the viewfinder.

Connie went down to get her new crown installed…the prep work was done a few weeks back…it’s the far back molar and had her oldest crown…it was so old that it was still gold and not the ceramic type they use today. And for the second crown in a row…the new one cracked when they test fitted it so they drilled a bit more of the tooth off to make more space for a thicker crown and did all new impressions.

They went to Trivia Night at the lodge again and won one game out of the 3 and were 2nd in the other two. Five bucks a person to play all 3 games and they got a couple free well drink tickets out of the deal for the game they won. Tonight they’re headed down to the meeting to vote on the new digs…even though it’s pretty much a done deal Elks rules mean there still has to be an official vote and members have to be notified ahead of time in writing…but I imagine they’ll see the same dozen or so people that normally come to the board meeting and not too many more. I’m not sure how far along the construction in the new digs is but they’re supposed to move in early next month last we we heard.

We had to cancel Date Night last evening because Connie didn’t feel well…but she’s better today. It’s Neil’s fault they think, he fed her spaghetti the other night and used raw garlic instead of roasted like he mostly does these days…and for the 2nd time in a row after feeding her raw garlic she felt bad the next day so he will just use roasted instead from now on.

He was sitting out front yesterday morning after his bike ride cooling off a bit and thought this chopper was going to land on top of us. We’ve seen the same helicopter obviously crop dusting about 4 or 5 times the past 2 months. On looking at the map a bit… 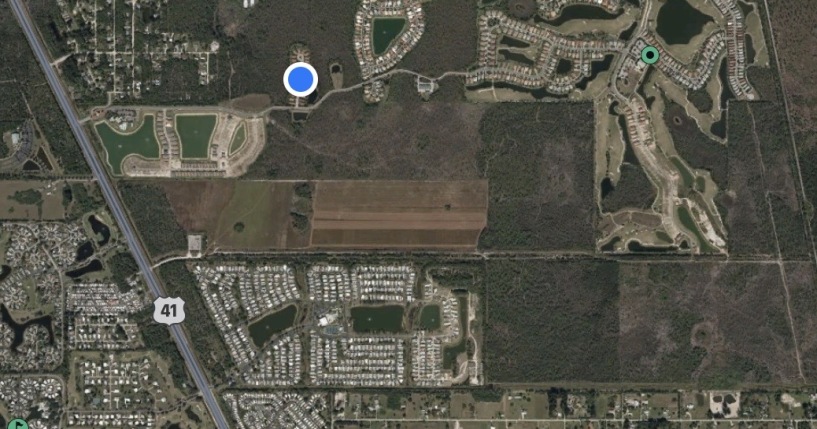 …the blue dot is our house and the brown spot south and a little east of us at the center (just north of the other housing development) is a farmer’s field about 5,000 by 1,000 feet or 114 acres. The darker area north of the field is owned by the company building houses in our development but from the way the guy was flying it appeared he was spraying over that area and not further south over the field.

He heard the guy coming from behind him (our house is on the east side of the N/S road it’s on and he was sitting out front of the garage) but then it flew directly over house from east to west, pirouetted over the house across the street only about 2.5 house heights in the air and flew directly east again…which appears to have put him flying mostly over the ‘houses to be built’ area rather than the field. He came back a minute or so later 2 houses to our south and then 4 houses to the south and then couple more passes but all of them appeared to be from what he thought over the development and not the field.

He can’t figure out why that area would be sprayed at all and even if it was over the field area spraying 4 or 5 times in 6 weeks or so seems like an awful lot of crop dusting spraying. He did a quick check on how much it costs to get your crops sprayed and it’s in the range of $10 an acre plus the cost of the chemicals so that’s over $1,000 plus chemicals each time. I dunno what he’s growing there but that seems like an awful lot of expense…but then none of us know the slightest thing about farming commercial so maybe that’s just part of the cost of doing business. Doesn’t explain why it looks like he’s not actually over the field though.

He grabbed a quick shot of the helo on his next to last pass as he worked east and west and shifting south with each pass…this photo is looking south from our driveway and the two houses you can see are our neighbor and the next one…there are another 3 houses past them before getting to the east/west street into the neighborhood that’s just south of the blue dot at our house. Doesn’t look like he’s much past that road which would put him well over 1/4 of a mile north of the field…go figure what he’s actually doing. I guess he could be spraying for mosquitos or something but 3-5 times spraying the same area in a month and a half while never spraying anywhere else in the area seems to make that idea doubtful…but then crop dusting that many times in the same period also doesn’t make much sense, particularly as it appears to not be over the field. The wind yesterday was from the east southeast as well…so obviously not depending on wind to help spread whatever he’s spraying over the field…and every time we’ve seen it the helo has been south of our house but over the same area that appears to be north of the field.

Not sure what kind of a helo it is…it’s obviously not a Bell 212 since that one has 2 blades instead of 3 but its about the same size so it is about 60 feet nose to tail. It covers about the same angular distance left to right as 1/3 of the roof of the 2nd house south of us and that’s about 40 feet…so his best guess is that it is either at or slightly south of the street south of our house making passes east to west…which as you can see from the overhead view above puts him not over the. field. Obviously he’s spending way too much brainpower trying to figure it out…but he’s a recovering engineer as you know so that’s what he does…dives willing down whatever rathole he can find. 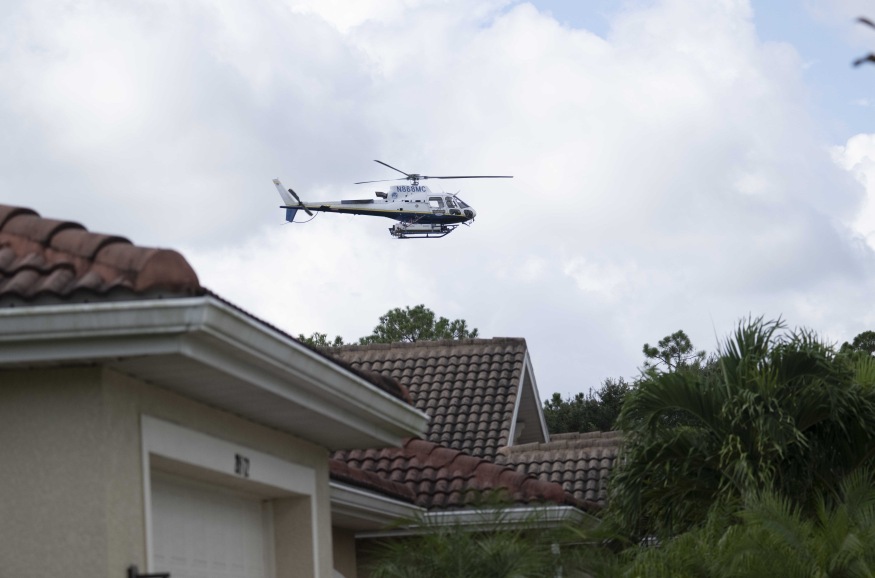 ‘Nuff about that though…let’s have some critters.

This grasshopper was probably 4 inches long…hung out on our lanai screen a couple days and then shifted to our neighbor to the north’s house siding and has been there since. 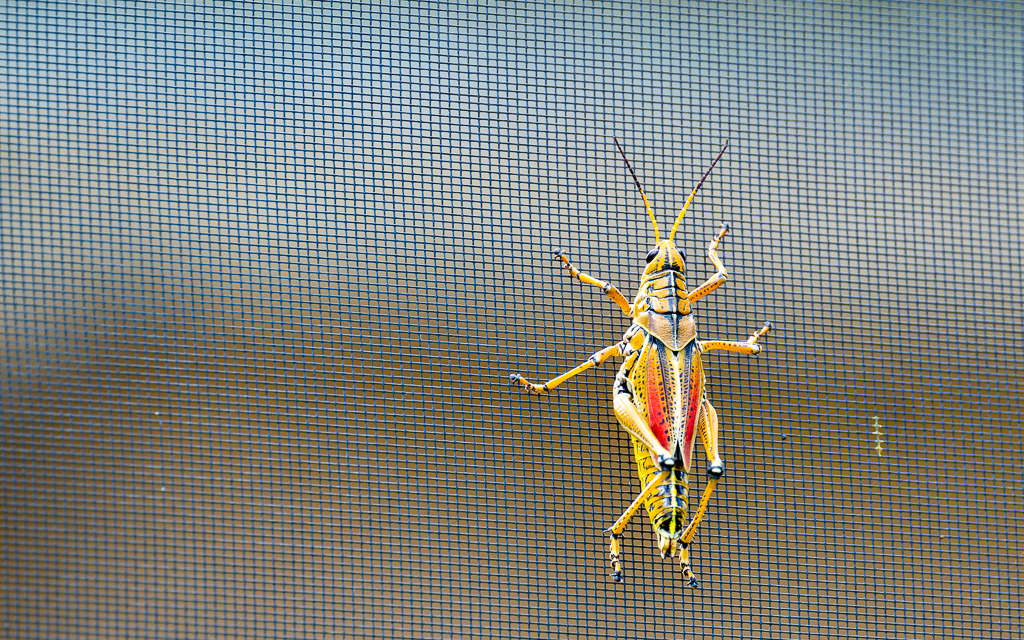 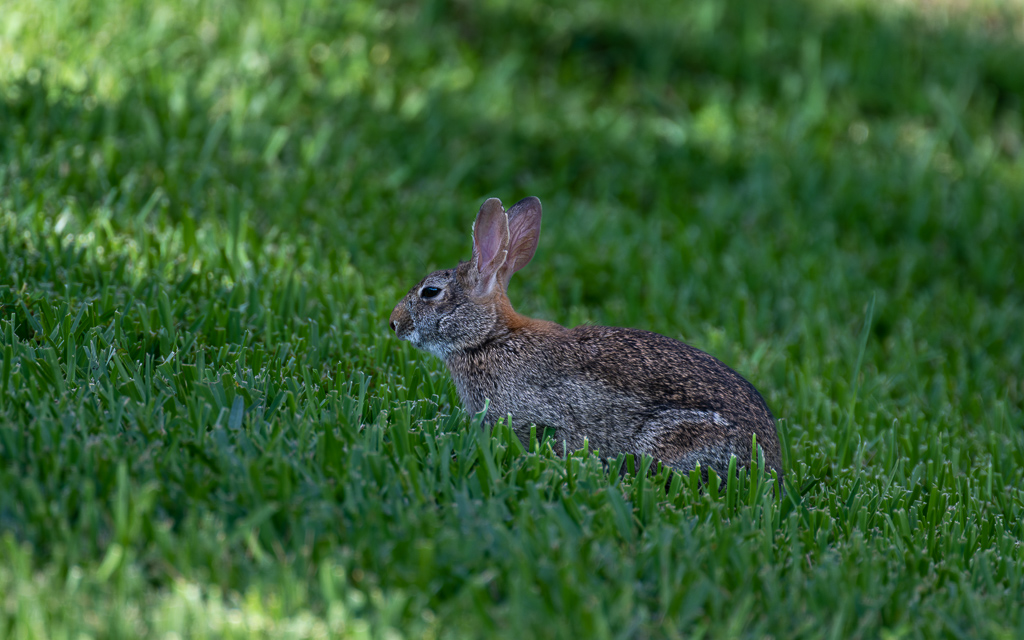 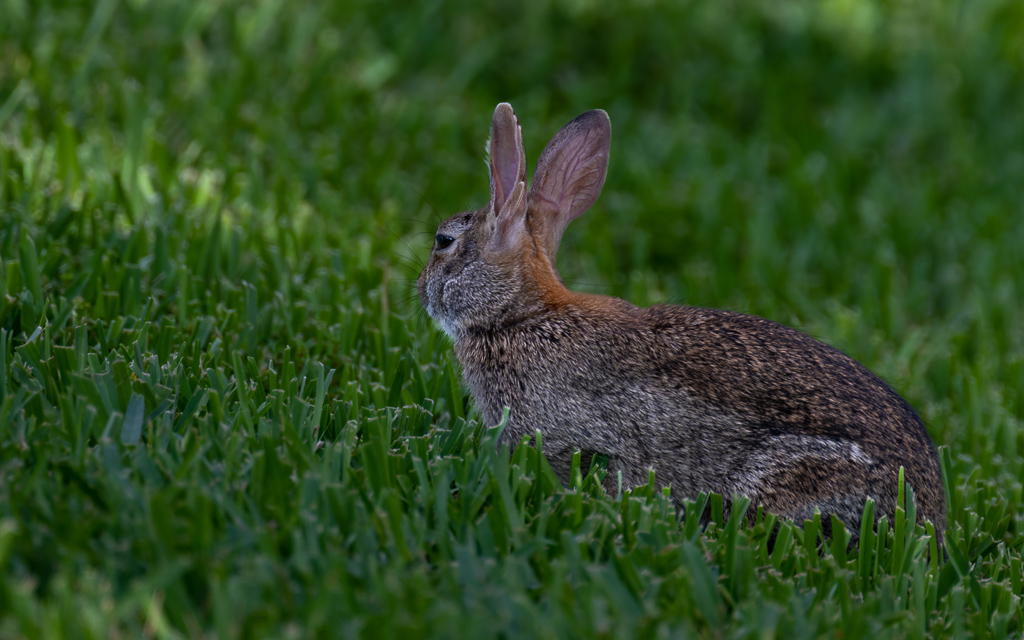 Little Blue Heron in Changeling plumage…they’re white as juveniles and dark blue with a red neck when mature, and have this changeling phase for a year or 18 months as they grow up. 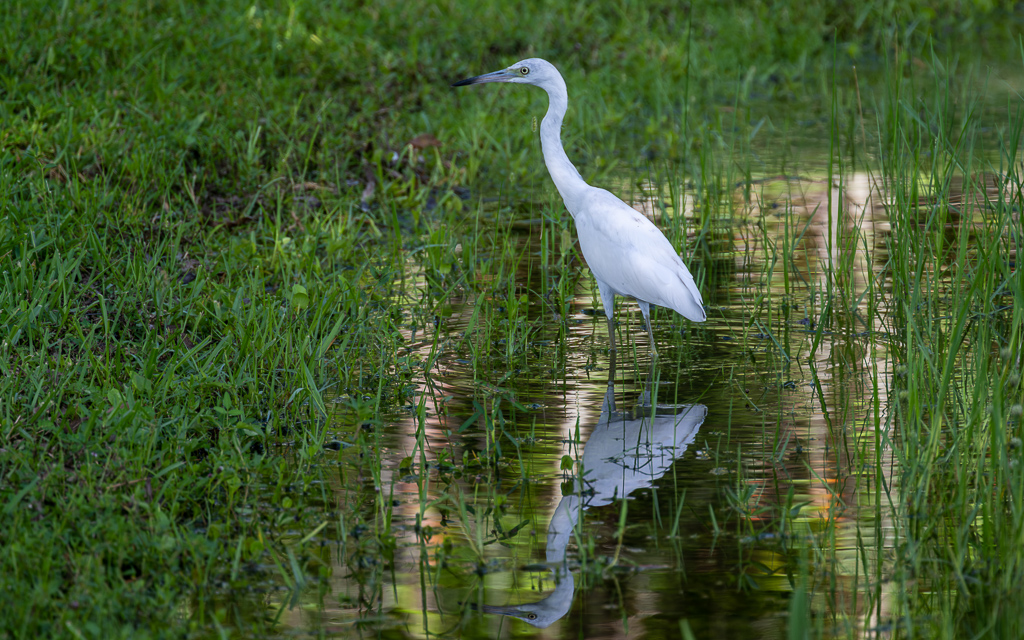 Great Blue Heron…we’ve seen him (or maybe her, both sexes look the same) a couple more times since, he walks almost entirely around our pond looking for vittles. 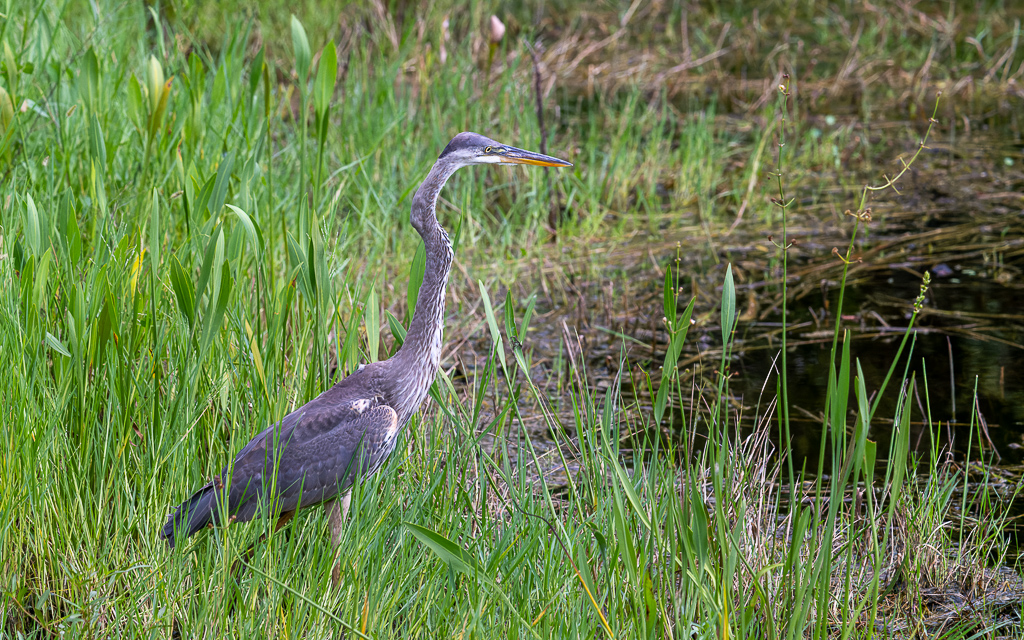 Even gave Neil an almost flight shot…and he was glad he grabbed the Z9 instead of the lower tech Z7II as the former grabbed right onto the eye. 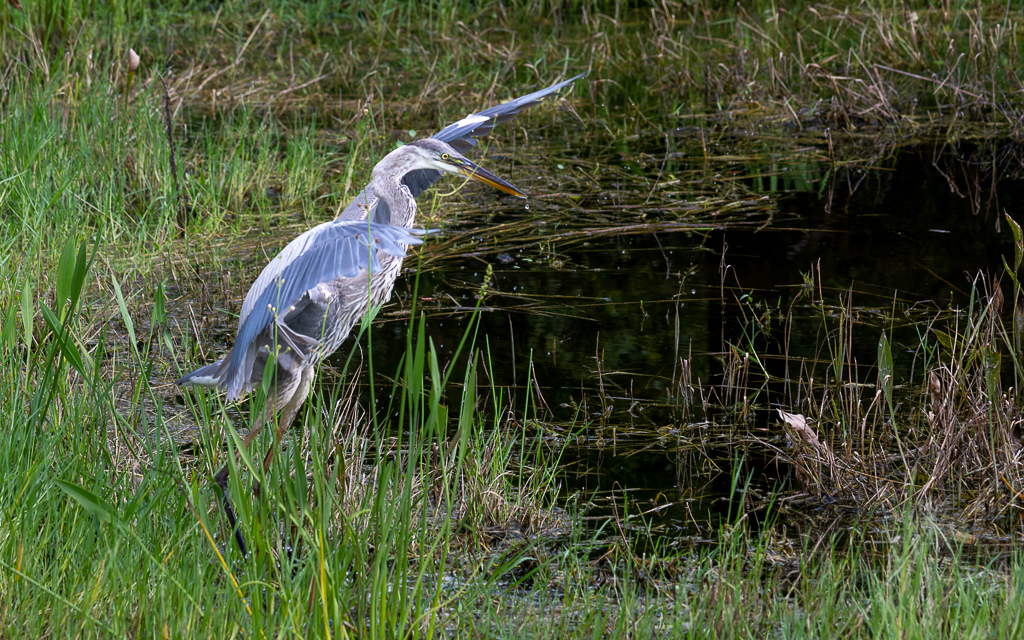 My inner 12 year old will be giggling forever now that I know the Norwegian word for speed bump is farts-humper. 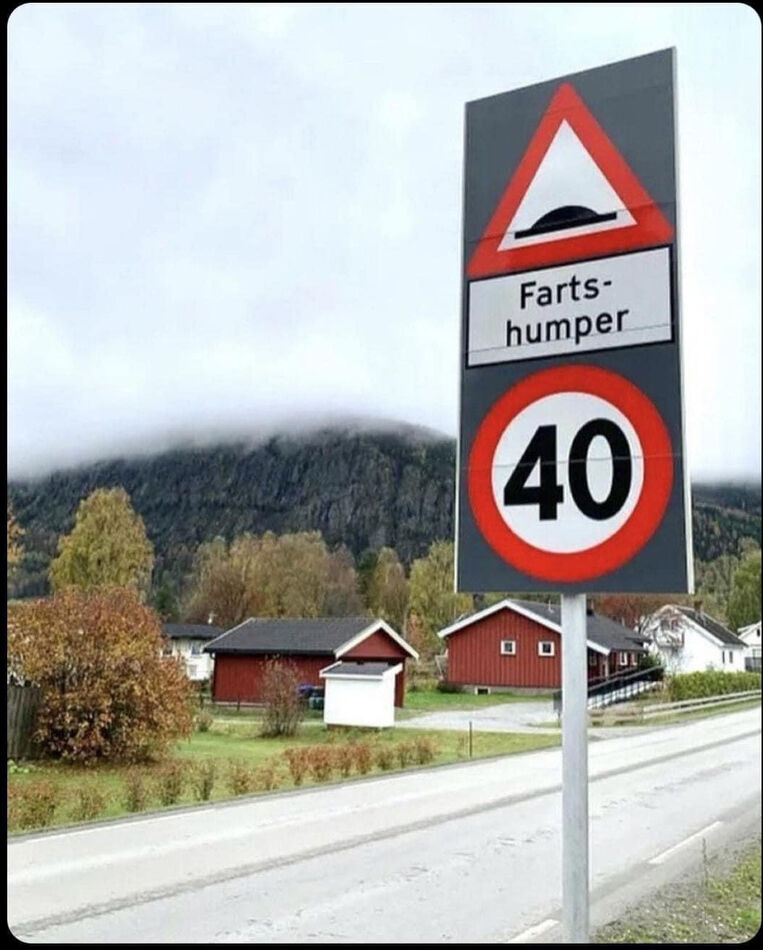 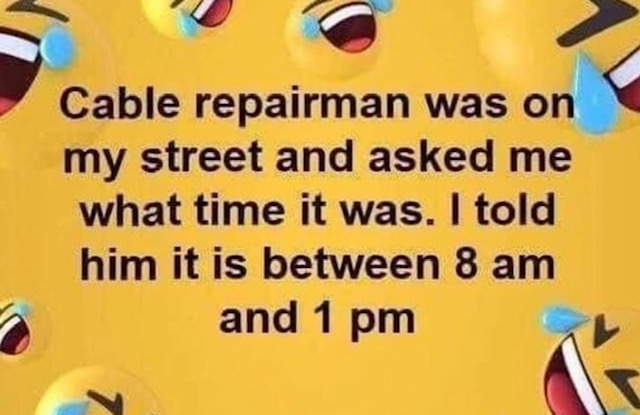 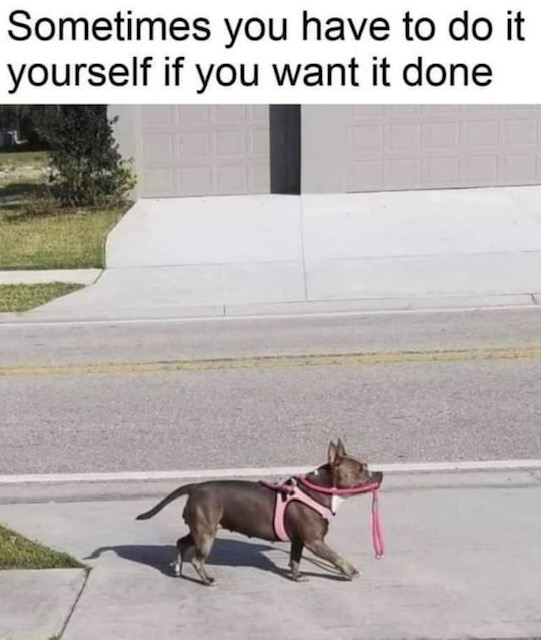 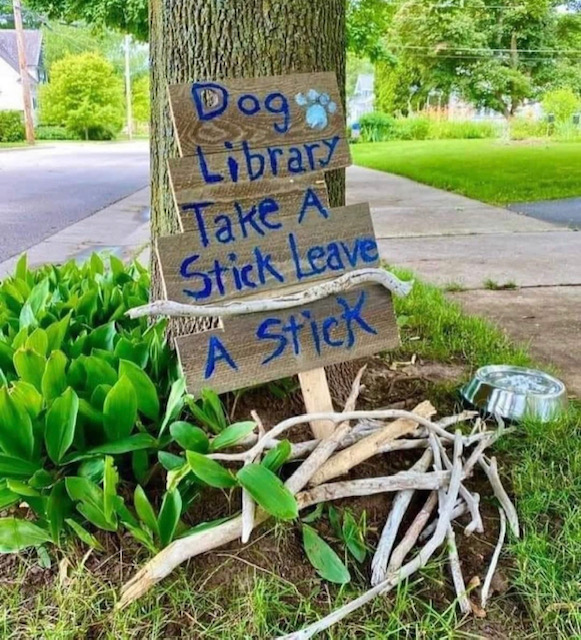 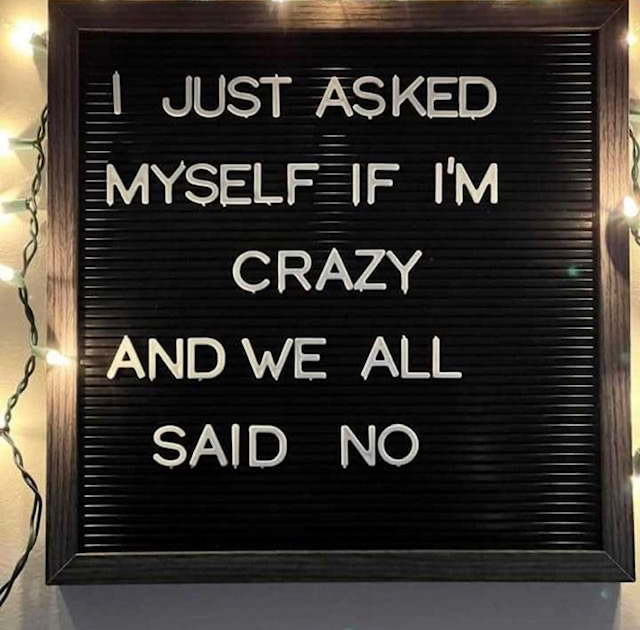 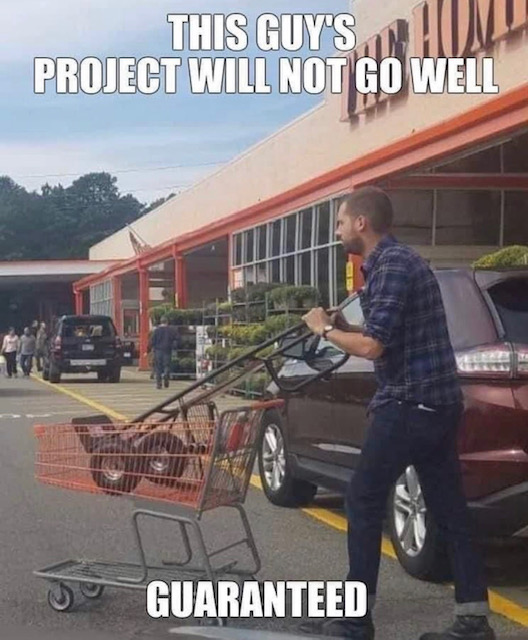 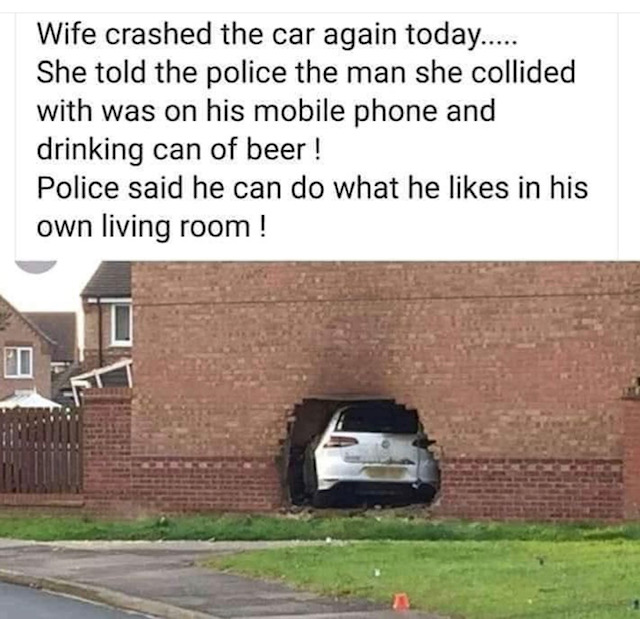 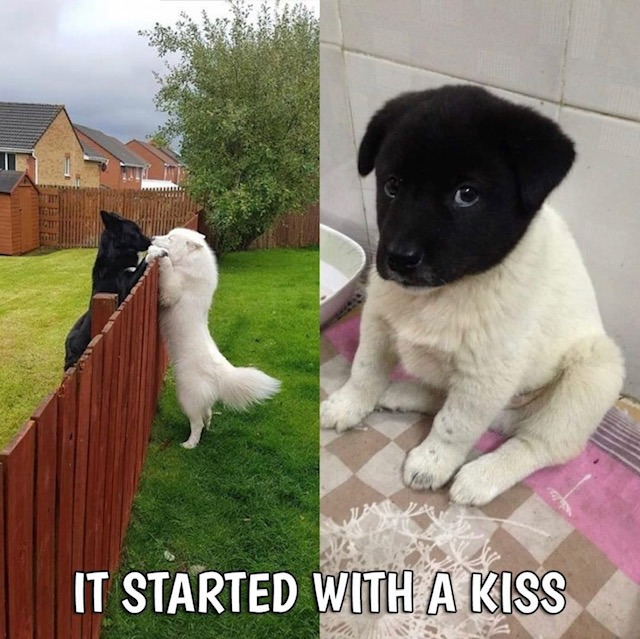 And finally…this is what happens when you say you don’t like broccoli. 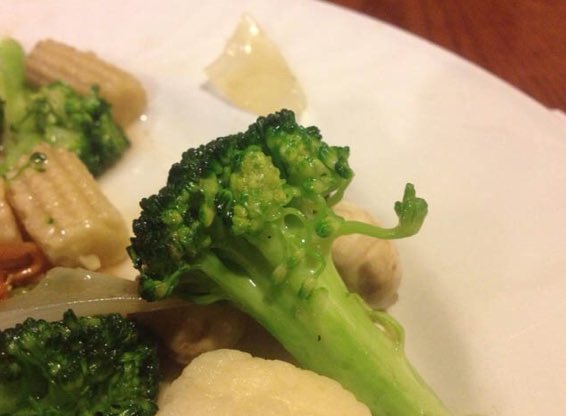 The full time RV travels and experiences of Gunther the Bear and Kara the Dog…along with their human staff neil and Connie.
View all posts by Gunther →
This entry was posted in Critters, Homebody, Learn Something New, Photography. Bookmark the permalink.