A Walkabout at our Winter Home

Last week Connie went on a walk around the nature trail that is part of the grounds here at Seminole and took some pictures of both the local wildlife and the facilities around the park. Here is the pool (heated, nice!) and the laundry/rec room area near the front office (very nice laundry, a dozen each washers and dryers which is triple to quadruple what you usually see and decent prices to boot). The laundry room shot is taken from right in front of the main office and pool and the pool is immediately out of view to the left in the first shot. 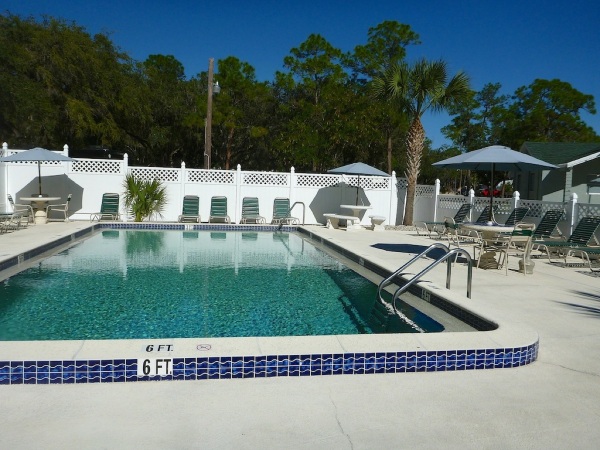 After wandering around the pool area she headed out and walked the 1/2 mile or so nature trail…it’s actually just a trail through the undeveloped portion of the property but does have a nice lake and some wildlife. The first shot is the creek that runs through the property and borders the parking areas. The rest of them were taken on the nature walk itself. 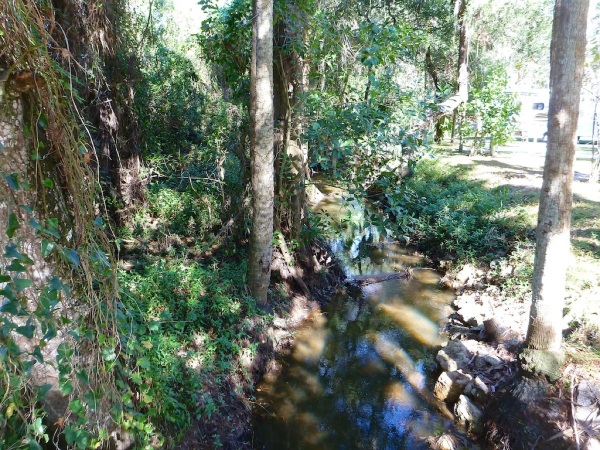 Lastly is a shot of a Pileated Woodpecker…this is the species that Woody the Woodpecker cartoons is based on. Unfortunately, it really doesn’t sound like Woody does on the cartoon. It’s not the best picture since Connie had the lower resolution waterproof Lumix camera instead of the Nikon D7000.

These shots were all taken on I think Wednesday before Thanksgiving. The next day we had a couple of Cornish Game Hens that were brined and then grilled. Neil made a Whisky Cream Sauce to go over them and they had some Cranberry Stuffing (came out of a box but was actually pretty tasty), a Winter Squash that they baked a couple of days before, smashed and mixed with Maple Syrup, cinnamon and butter and topped with a pecan/brown sugar crumble, and some garlic bread made out of Corn English Muffins (it tasted more like cornbread than an English Muffin). Connie thought they were better without the garlic but she’s wrong. They had some white wine with dinner and a pumpkin pie with whipped cream for dessert.

Monday Connie worked awhile and then we went off and got a bunch of assorted picture and decoration hanging materials. We have to use adhesive stuff to keep things on the wall while we’re moving (although some of it will need to be taken down of course) but we’re finally going to get all of our decorative stuff hung up this week (we hope).

Today we were planning on a trip out to the Corkscrew Swamp Sanctuary run by the Audubon Society…it’s the largest rookery for Wood Storks in the country. We’ve been there before (well, Connie and Neil have but it was way before they had me) and we were looking forward to the visit. Connie hurt her knee somehow though so we decided that a 4 mile or so hike (even though it’s on a boardwalk through the swamp and hence relatively easy as hikes go) wasn’t in the cards…so we jiggled the Jello the plans were set in and set of to Sanibel Island for a visit to the beach instead. Here’s a picture of the beach…we sat there on our chairs for a couple of hours eating lunch and soaking up some sun. It was like 80 degrees and sunny with a nice breeze to keep us cool…it’s a tough job but somebody has to do it so we took one for the team and persevered.

Tonight it’s off to the Elks Lodge for beer/bar food and Bingo (well, Bingo for Connie and more beer for Neil). We’re hoping they at least have some bar food or burgers although the web site doesn’t say anything about food on Tuesday nights.

Hopefully we’ll have something more interesting to post about in a day or two.