A Beautiful Day in Graham WA

Today was a really, really nice day. Nice cool temps, low humidity and only a few puffy clouds floating by. Neil spotted a nice shot of Mount Ranier so he hopped outside and took a couple. First; setting the stage with a wide shot of the campground , forest, and mountain in the distance taken from just behind the house. Each row in the campground sits about 20 feet lower than the one above so there’s a view from pretty much every site.

Next he zoomed in a bit and took some frames that he then post processed. First up is a shot pretty much straight out of the Nikon D7000 with just a light crop and standard auto smart fix applied. The second and third shots are both HDR processed; you can see how the mood, colors, and focal points of a shot can be changed by varying the HDR processing parameters. The first one looks pretty close to what his eye saw. You can see how the foreground tree colors and highlights are brought out by the HDR technique. Next time I do this I’ll get him to choose a couple of the really wild presets so you can see the limits of what the technique can do. You can take a raw image taken on a beautiful sunny day like today and turn it into a really stormy, windy version. Neil prefers not to overdo the effect though; you usually get a more natural looking picture by just enhancing the image rather than trying to recreate an entirely different scene. He can’t decide whether he likes the second or third final image better but thinks he’s leaning toward the third one. What do ya’ll readers think? 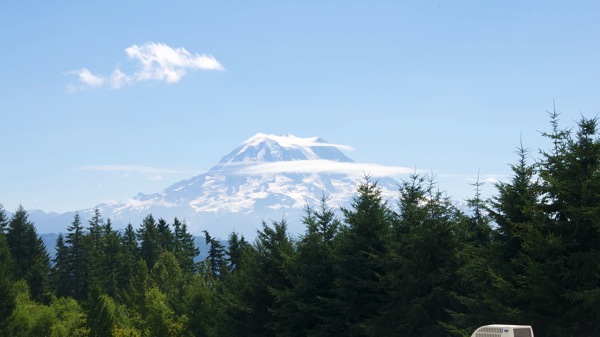 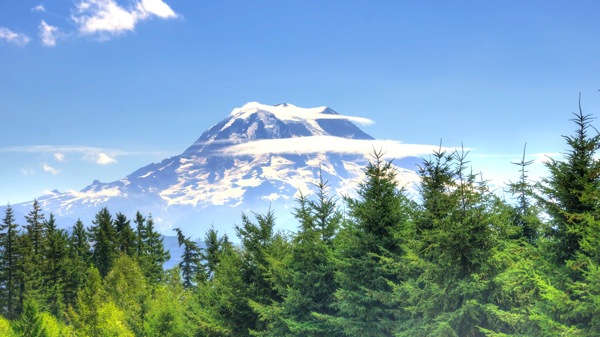 We’re grilling for dinner; grilled corn, burgers, and Connie’s going to make a salad to go with it. Too bad there isn’t a Red Hot and Blue BBQ franchise up here…some of their potato salad would really be good but we’re afraid to try other places because we’ve never found potato salad anywhere else that was worth eating. Maybe some peach pie for dessert; we’ve got a frozen one in the freezer.

5 Responses to A Beautiful Day in Graham WA