Or Los Angeles or Las Vegas or any of those other coastal cities. Yeppers; Branson is definitely different. We’ve been to a couple of shows now and in several pubs and places and they do things here in Branson that just would not be tolerated in those other places. Yup; they salute veterans and thank them for their service, they say Yes Mam and No Mam, they say words like God and Jesus without any protesting and they actually appreciate and celebrate being Americans and are proud of that fact instead of being ashamed and apologetic about it.

Sunday as I said the other day we went to see Larry Gatlin and the Gatlin Brothers band…they were pretty good although I didn’t recognize many of their songs since we don’t listen to much country music.

Today was a little more contemporary group…the name of the group is Six and it’s composed of 6 (out of 10 total, no sisters) brothers who were born and raised here in Branson and still live here. I gotta tell you…these guys are pretty good. They don’t sing songs of their own mostly but recreate the sound and lyrics of other groups from Motown to the Beach Boys to several other 60’s and 70’s groups. Best of all is there is absolutely no music…everything from the lyrics to the percussion beats to the trumpet and sax sounds is created completely by them using just their voices. Quite extraordinary.

Here is a link to one of their performances…http://www.youtube.com/watch?v=tb4DOJ5-WXw. Check them out and see for yourself.

They sing everything from late 50s stuff to late 90s…and actually sound eerily similar to the original artists that did the song rather than like another group singing the song. So Beach Boys songs sound like the Beach boys…Elvis sounds like Elvis…outstanding performance. We really enjoyed it.

Afterwards we stopped by the ticket place and cashed in our vouchers from last night’s cancelled performance of Shepard of the Hills…guess we won’t get to see that one.

Here are a couple shots I got at our shows…the first one is in the lobby of the Starlight Theater where we saw the Gatlin Brothers and the second is Connie waiting on the Six show to start…checking her twitter feed.

Tomorrow is our last day here…Connie has some work in the morning then we’ll head downtown to wander around, see the sights, and have dinner. Neil will pickup and put away a bit while Connie works then we head out early Thursday for a two day transit to Nashville TN with an overnight stop in Poplar Bluff MO. 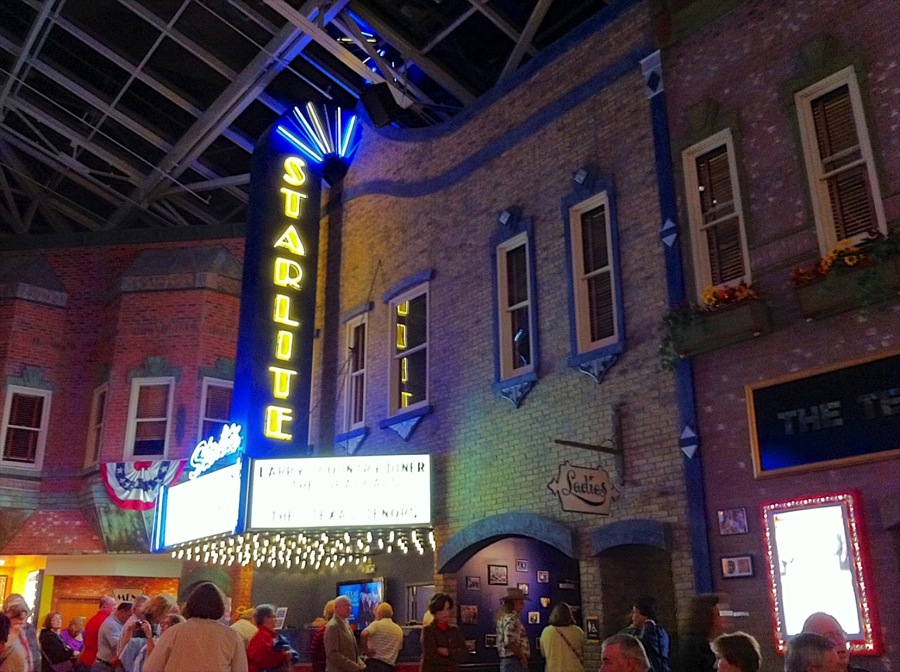 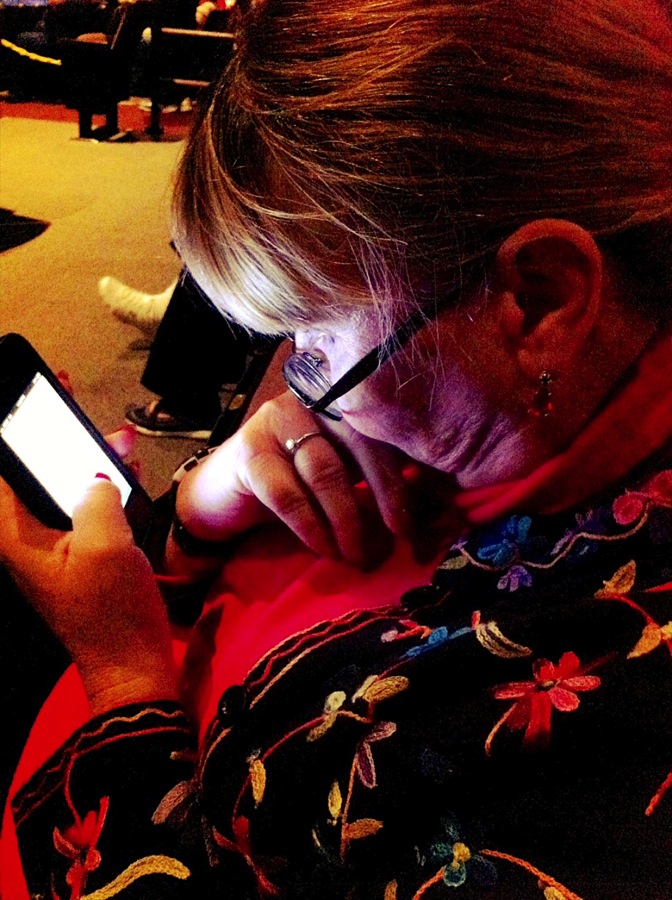