As I mentioned the other day; after I got done posting the eagle pics Neil decided to take Connie out for sushi. She’s had a hankering for it for months now and what with Neil’s broken foot and indecision up in the Seattle area (where there is lots of really good sushi we had heard) we just never got a round tuit. So she scouted out this local joint named Ichiban #2…Ichiban is Japanese for Number 1 and it’s the second location of the establishment in the area; the other is downtown somewhere. Just before they left…he decided it would still be light enough when they went by the nest for some more pics on the other side…that’s the west side of the nest so would be illuminated by the late afternoon sun…the normal location at the church parking lot is to the east of the nest and everything would be silhouetted from that direction at 1730 in the afternoon.

So we stopped by there for a few and grabbed some shots. Right after Neil got out of the car but before he was setup for picture taking  Ozzie flew off from the nest to another tree a hundred yards or so from the nest…and he was carrying part of a fish with him…guess he decided that he wanted sushi for dinner as well and figured if he didn’t take some and leave it would all get ate up by the young’ins. So Neil got a bunch of shots of him chowing down interspersed with a few of Harriet both sitting right near the nest and then a little away from the nest by herself…guess she got fed up with the kids as well and needed a little alone time.

Neil ran across this photo in his net travels today…it’s from an optical illusion mailing list that he’s on. At first glance it looks like some sort of tropical, parrot or colored owl but on further view it turns out to be a rather well constructed fake from various things around the produce section. 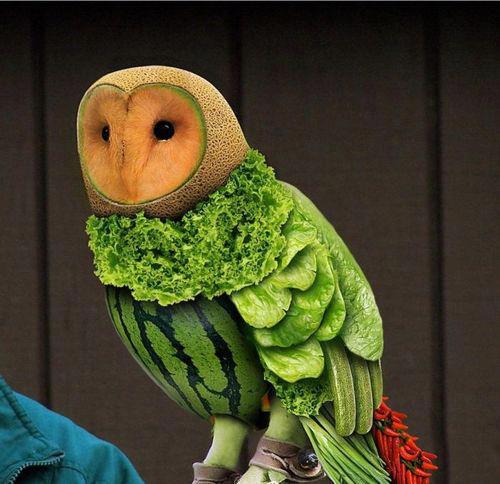 Really well done he thought…particularly the carving of the face and beak sections.

Anyway…after the eagle shots…it was almost dark by the time he was done they headed on down to Ichiban #2 where the Sapporo beer was cold and the sushi was excellent. After that they stopped by the Elks Lodge for a small pitcher of beer since they weren’t quite ready to go home and our TV isn’t repaired yet. We did get the estimate and authorized the repair this morning but it will probably be another week before we get the repaired and retested set back. Luckily…even though it’s a 46 inch set…it’s actually not very heavy since it’s an LED flat panel, maybe 25 pounds tops. It attaches to a bracket that locks into our TV lift so it was pretty easy to get down and out of the house to take to the repair place. Hopefully it will be back by the time SuperBowl comes around or else we’ll have to schlep down to the clubhouse for the game.

Today is the 30th anniversary of what has consistently been rated as the best television commercial of all time…Apple’s famous 1984 spot introducing the Macintosh. Here it is on youtube for your viewing pleasure. It was filmed in Germany and all the guys in gray are skinheads…the young lady in the red shorts with the hammer was a discus/hammer thrower for one of the California colleges (USC or UCLA I think). It’s a take off on George Orwell’s novel 1984. The Macintosh itself was actually introduced on the following Tuesday Jan 24, 1984…but Happy Birthday Macintosh anyway. The commercial was only aired twice as I recall…once in early December of 83 so that it could be entered in the 1983 advertising award season…but to maintain secrecy it was run at 0300 in the morning on some rural VHF station in Idaho so that nobody would see it…except for one guy that called into the station and asked them what the heck that was.

The Mac has come a long way from the original toaster Mac days…it shipped with 128K of RM and a single floppy drive with an 800 KB capacity and powered along at an amazing 1 MHz…or 0.001 GHz as computers are rated at today.  Neil’s Retina MacBook Pro is now almost two years old and runs at 2.3 GHz, has 8 GB of RAM and has a 250 GB SSD hard drive…today’s laptops are about 1000 times more powerful than the computers that ran the Apollo program and about 500 times better than the ones on the Space Shuttle craft. Quite amazing…and to think that Bill Gates said way back when that nobody would ever need more than 640K of RAM (that’s geek humor).

Anyway…on to the eagle sushi pics. As you can see from the golden hues of most of these shots…it was getting pretty much toward sunset and the sun was very low on the western horizon. I thought about color correcting them to take the sunset tones out…but decided that since it was sunset and those were the actual colors to leave them in. You can just make out the fish he is chowing down on in several of the shots…but it was good to get some from another angle…gotta keep it interesting ya’ know. 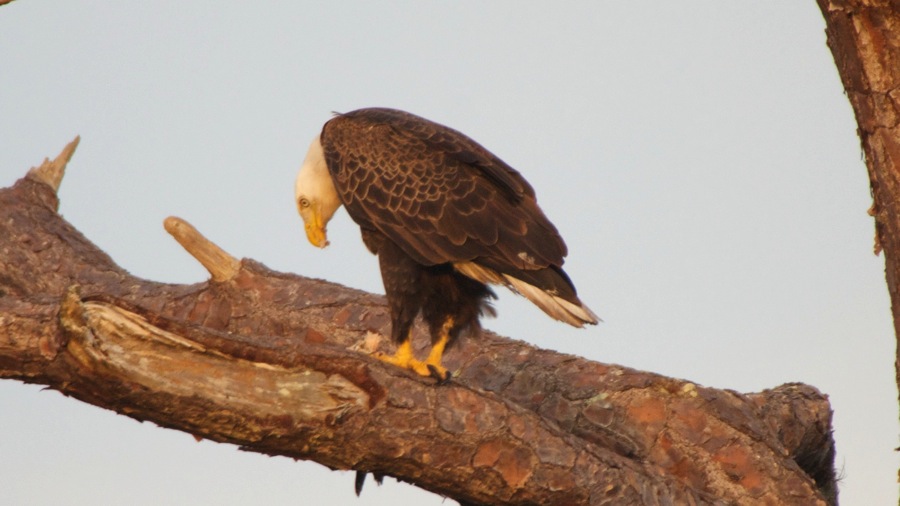 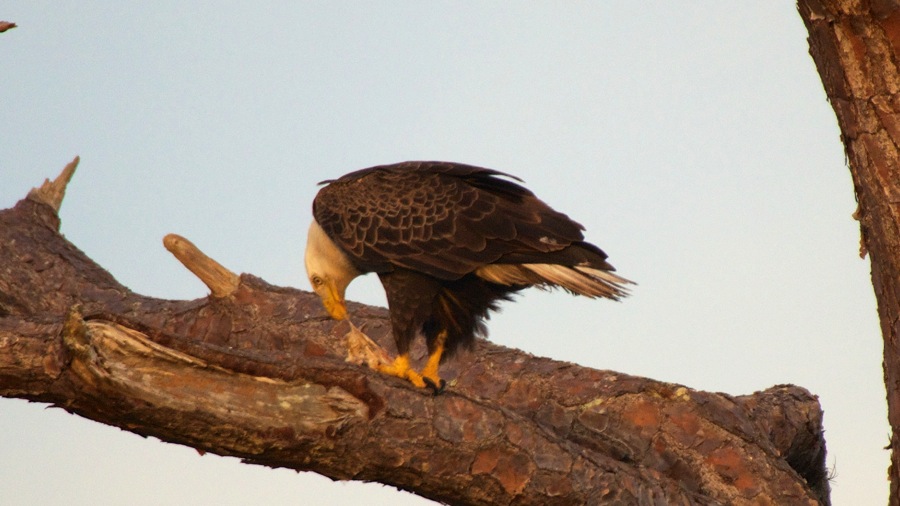 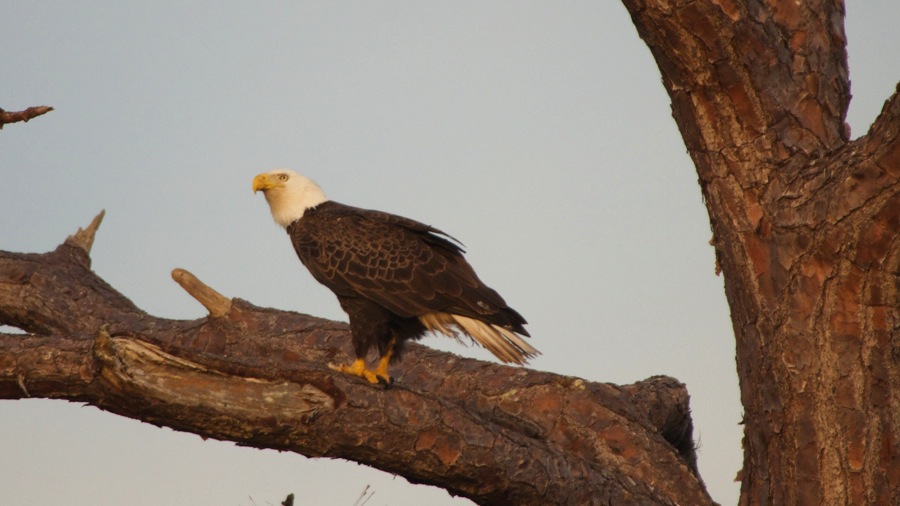 Ok, gotta go and help Neil make some spaghetti sauce now…we’re having tomato and Italian sausage sauce with some tricolor penne pasta and he’s going to put it in a casserole and melt some cheese on the top for eating.