I gotta tell you…all these years the adults have been married and today we discovered that they are Trend Setters! Woot!. Details about that a bit later.

In the meantime…we went on nice hikes on Tuesday and Wednesday this week. Yesterday we headed off to Mount Pleasant which is just north and east of Charleston across the Cooper River and went for a nice hike of about 2 miles. It was in this ritzy neighborhood but they have a nice hiking trail around the outside of the neighborhood between the houses and the marsh so we got some pretty good views as we headed around. We were able to get a few decent pictures and then stopped at an Irish Pub in the commons area of the neighborhood for lunch. We had some pot roast sliders that were excellent and a French Dip that was decent but not excellent. Split those between the two adults and had a beer each and called it lunch. After that we headed home and had a shower and dinner.

Along the way we got a nice picture of the marsh, a shot of one of the smaller houses that bordered the marsh…the largest ones were probably 3 times this size, a white heron out in the marsh, and a Wood Thrush in one of the backyards. 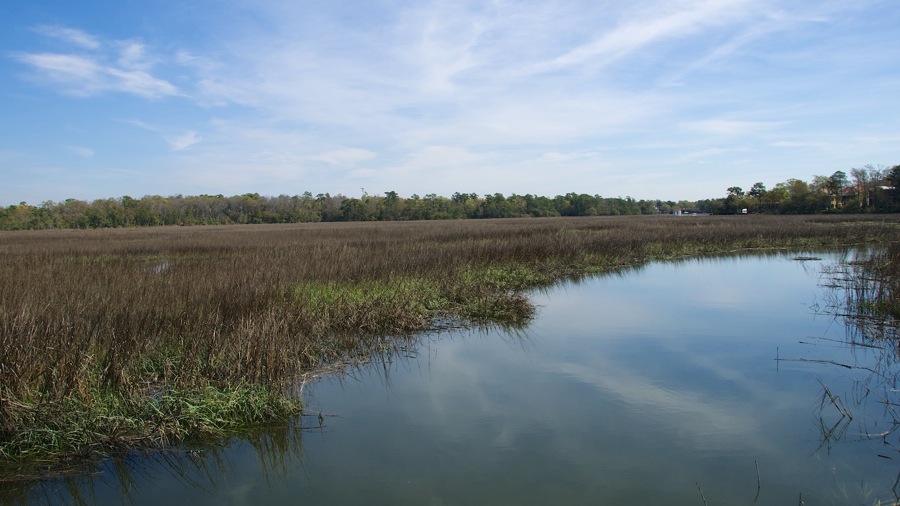 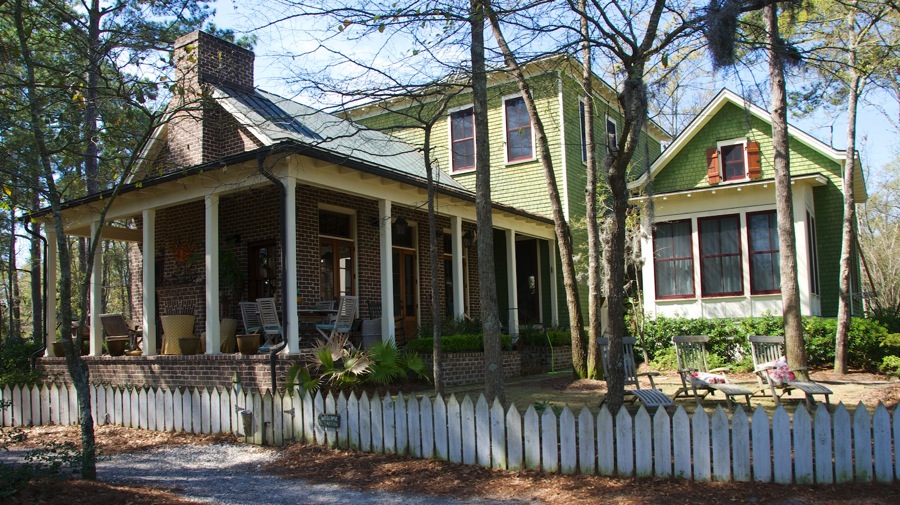 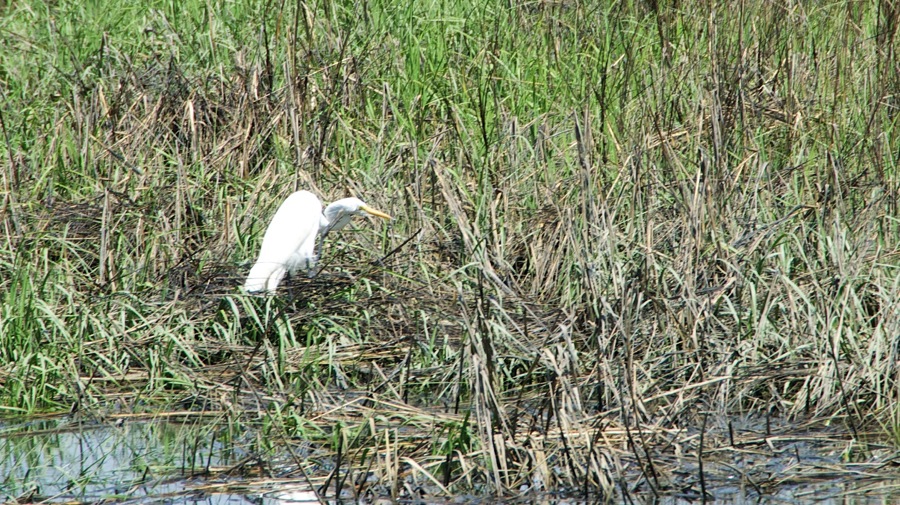 We didn’t have the long bird lens on this hike so Neil had to crop the shots down a bunch to get decent sized pictures…sorry about that.

Today we again got up early and after Connie took care of 2 student crises we left the house about 1100 or so for today’s two planned hikes. We got to the visitor center at the Francis Marion National Forest and quickly determined that the I’on Swamp hike that was our original plan was not in the cards…the young fella at the visitor center is an avid hiker and he told us that the ‘skeeters and noseeums were pretty fierce down in the swamp and recommended against it. He instead recommended a hike up north a little bit that was his favorite hike in the Forest, it was along a creek leading out towards the barrier islands. So we headed up there and had a nice 2.5 mile hike…it was an out and back and it was getting pretty warm but it was a pretty pleasant hike. Unfortunately the wildlife was completely unseen on this hike. We spotted a cormorant in the creek a couple hundred yards from us but he was backlit and by the time we got to where it was it wasn’t any more. We heard a couple of hawks of some sort but couldn’t find either of them. We heard a couple of dozen of what we have named Taunty Birds…you know the type, they’re small, make a lot of noise and flit around the foliage so you can’t really see them…they’re noise is just them taunting you.

The only almost wildlife we spotted today was this spiderweb at the last bench we stopped in for a water break right before we got back to the car. 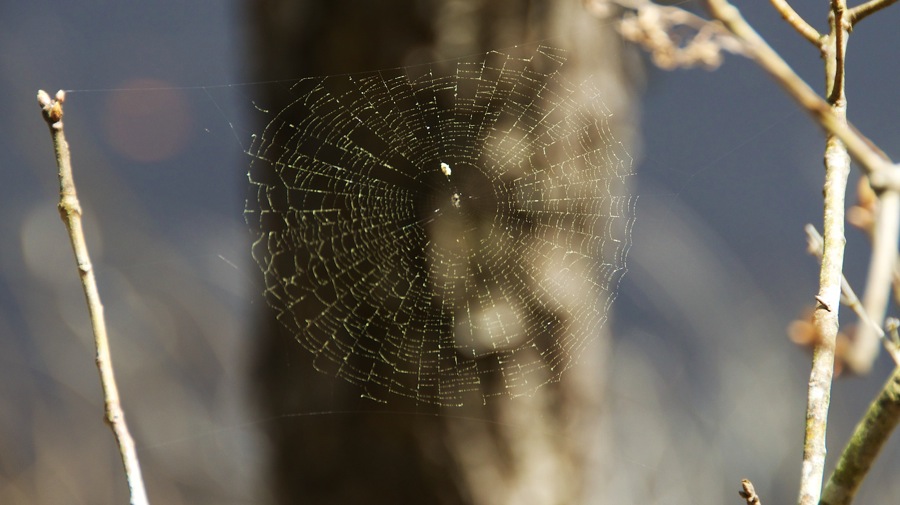 You can see the spider’s body just above the center of the web.

That was the sum total of today’s sightings…pretty much nuttin’.

We headed home, had a shower, and ran down to the Texas Roadhouse down the road a couple miles for dinner. Beef Tips for Connie and a grilled pork chop for Neil…we had enough leftovers for lunch tomorrow and also saved a couple of their really tasty rolls and some cinnamon butter for breakfast. We’ll load those up with some bacon and they’ll make a right tasty meal.

Tomorrow Connie has to work all day since she’s goofed up mostly this week. Neil is headed out to the commissary for groceries and to get some fuel for BAT…then he’ll pack up the outside stuff for our travels on Friday and Saturday. After that we’ve got a Saint Saëns concert tomorrow night.

We head out of here Friday with an overnight stop in Selma, NC then continue on Saturday to Bull Run Campground in Centerville, VA for 10 days.

Oh yeah, guess I better tell you about that trend setter thing. If you take a look at http://on.wsj.com/1dLkK99 it’s an article from the Wall Street Journal titled “Best seat in the house? The bar.” We’ve been eating at the bar for years because you can eat cheaper and still get food from the same kitchen, it’s a more low key and informal way to eat, and you meet a better class of people at the bar anyway. We have almost always chosen to eat at the bar even if there are seats in the restaurant available. Turns out that according to that article this is the latest trend in the restaurant biz…Neil and Connie were amazed that all these years they had been on the bleeding edge of gourmet eating and just didn’t know it. Woot!