Today we decided in late morning to head about 20 miles west to the Seney National Wildlife Refuge…they have a 7 mile loop drive through the marshes and ponds with lots of over looks. After looking at the skeeter situation we decided to pass on the 1.5 mile hike at the Visitor Center and concentrate on the drive instead.

This NWR was established in the 1930s and is designated as a wilderness area…which essentially means that there is no as in almost zero development in it. No hiking trails, no camping sites, just a few roads that mostly transit over the various dikes and spillways that were constructed in the 1930s when it was established to provide nesting and stopover places for migratory waterfowl. Today it’s a hotbed and prime location for seeing Trumpeter Swans (of which we saw a lot today) and also the Common Loon…both of which are on the threatened species list. We couldn’t quite understand how the Trumpeter was on the list as we probably saw 200 of them today…Loons on the other hand were relatively scarce and we didn’t see any until almost the end of our drive.

First up though…a shot from our hike at Tahquamenon Falls the other day…this is a first year Herring Gull. This particular gull is one of the large brown gulls and reaches adult size in it’s first season of about 20-24 inches long. It goes through a 4 year plumage variation…mostly in the color of the beak and how the eventual adult stripe is formed…it didn’t take us long looking at Peterson’s Field Guide to North American Birds to zero in on the identification. The Herring is one of only 2 large brown gulls and is the most common large brown gull sighted in the eastern part of the country although it also nests as far west as Montana. It’s particularly seen around large inland lakes and we just happen to be pretty close to 5 of them (the Great Lakes). This particular specimen was spotted in the picnic area near the Tahquamenon Brewery at the upper Tahquamenon Falls the other day…but Neil forgot to look it up and put it in the post the other day. 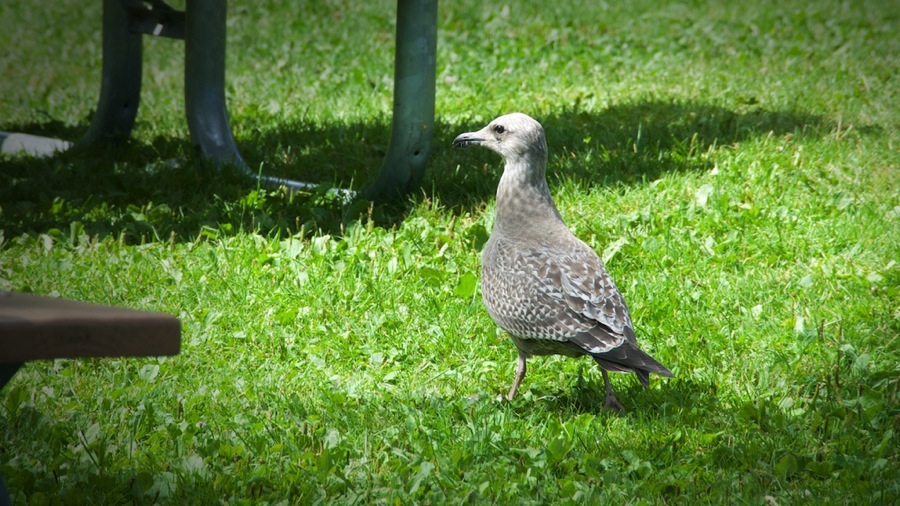 So after visiting the Visitor Center at the Seney NWR we took a quick turn around their observation deck and almost immediately spotted this Eastern Phoebe on a tree adjacent to the deck. We also spotted some Blue Wing Teals off in the pond to the east of the visitor center. Finally Neil spotted a Golden Headed Boobie on the observation deck…she was looking up the Phoebe in Petersons at the time. 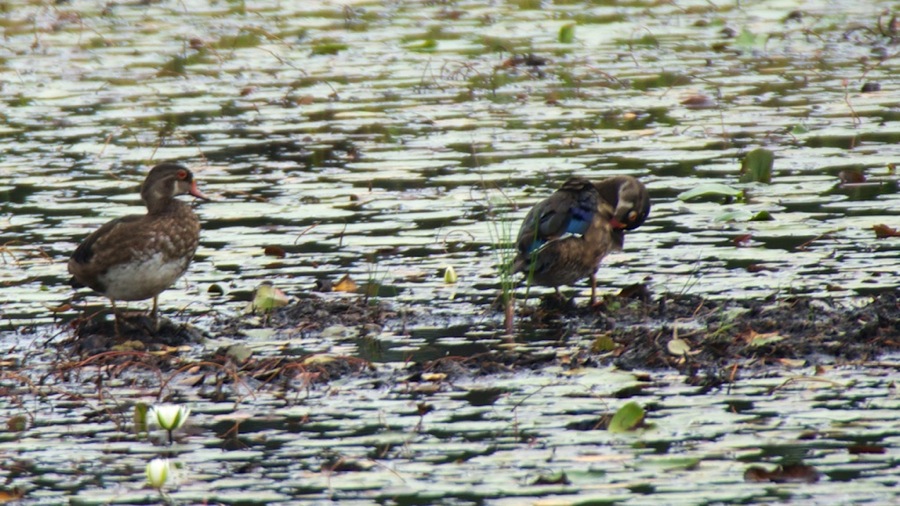 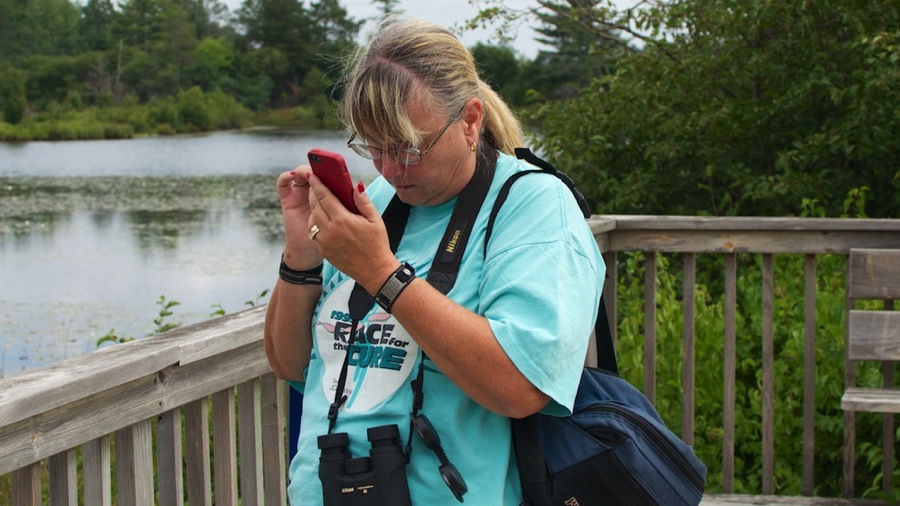 With that we headed off on our 7 mile drive. After a quick discussion with the Visitor Center folks we took the Marsh Trail Drive…which actually has a lot more water and a lot more bird sightings than the Fishing Loop Trail. That might appear to be wrong…but we saw a lot of ponds and wildlife…and we figured the Visitor Center volunteers should know. We gave a little consideration to redoing the drive and taking the Fishing Loop…but about 3/4 of the drive was common and it’s one way so we decided against it as it was over an hour for us to drive around.

So…what did we see. Lots of Trumpeter Swans, some turtles on a log, a Red Tailed Dragonfly, some bees sipping from wildflowers, a little baby turtle on the road, a Sandhill Crane, some Monarch Butterflies…they summer up here and winter in either Mexico or South America so they have quite a flight ahead of them in a few weeks. We also spotted a Common Loon right towards the end of our drive and got some shots of it…it appeared to be a mature specimen and there is normally only one mated pair in any particular pond or lake. 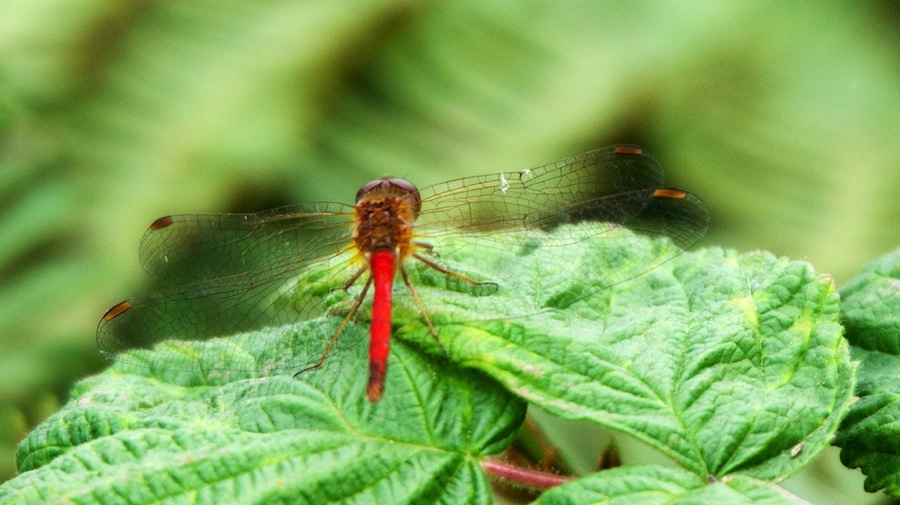 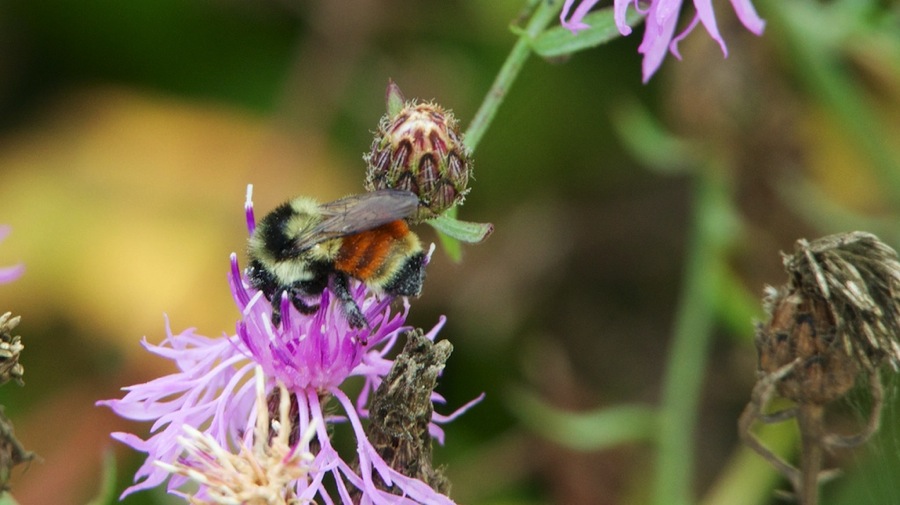 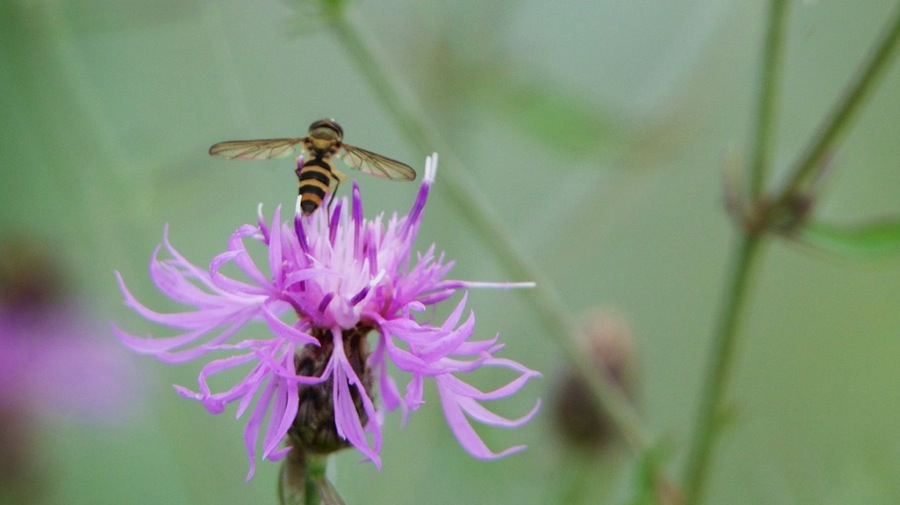 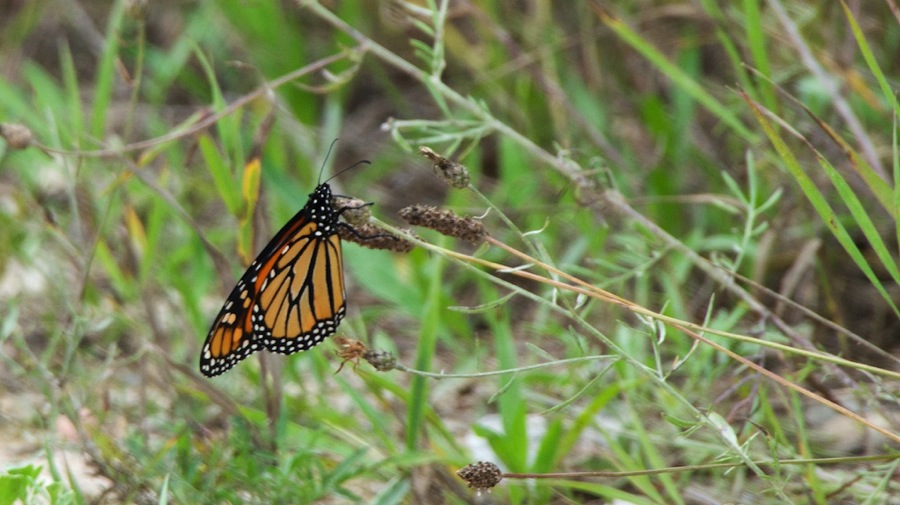 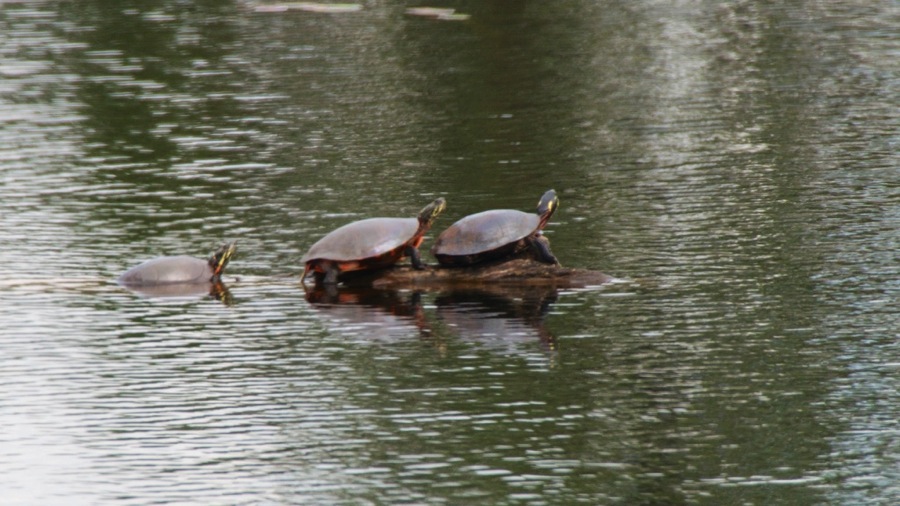 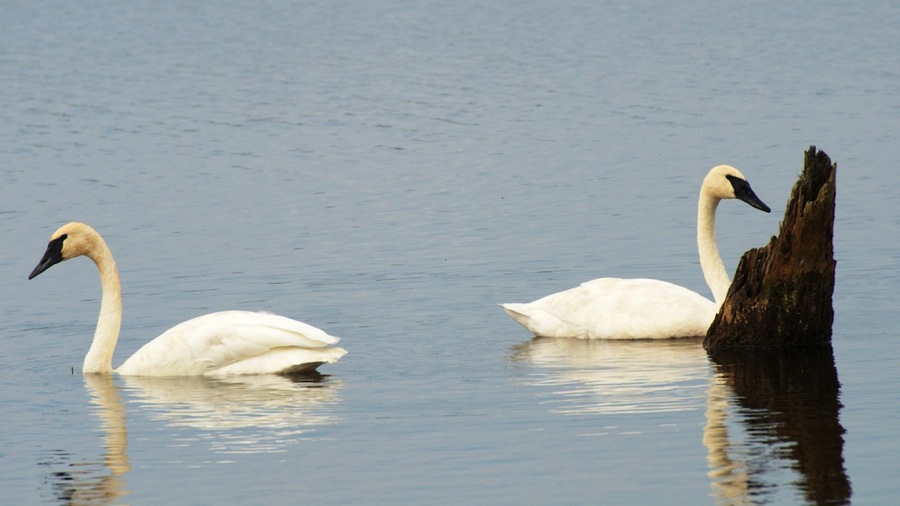 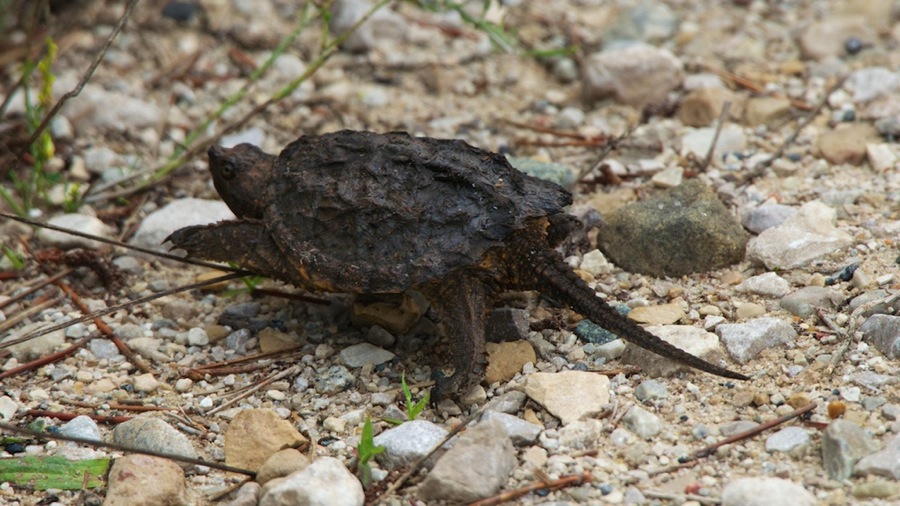 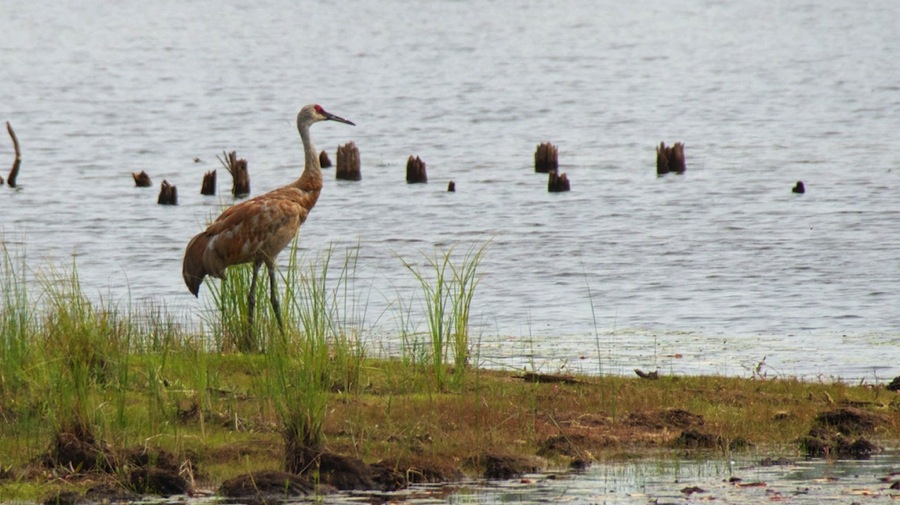 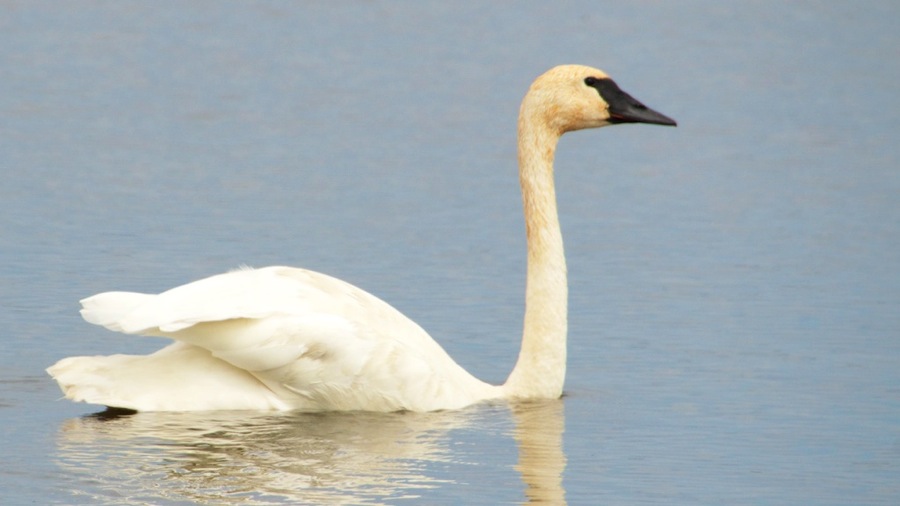 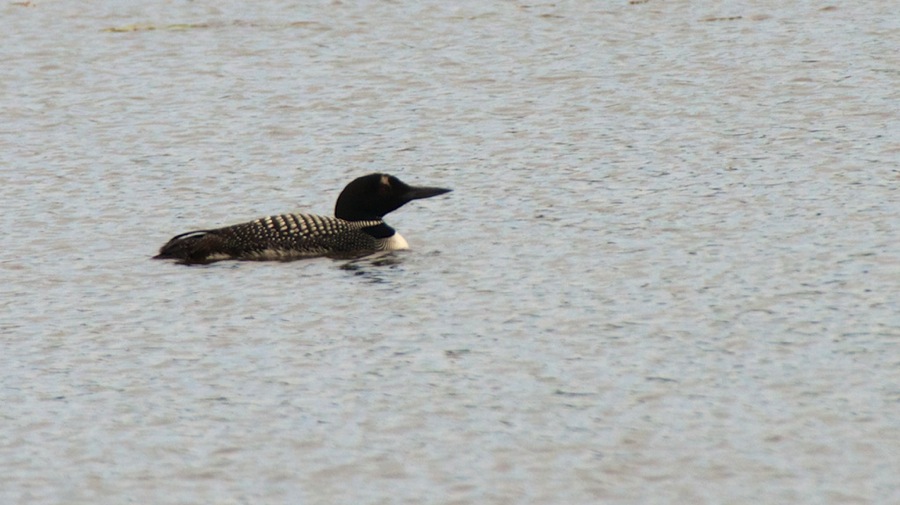 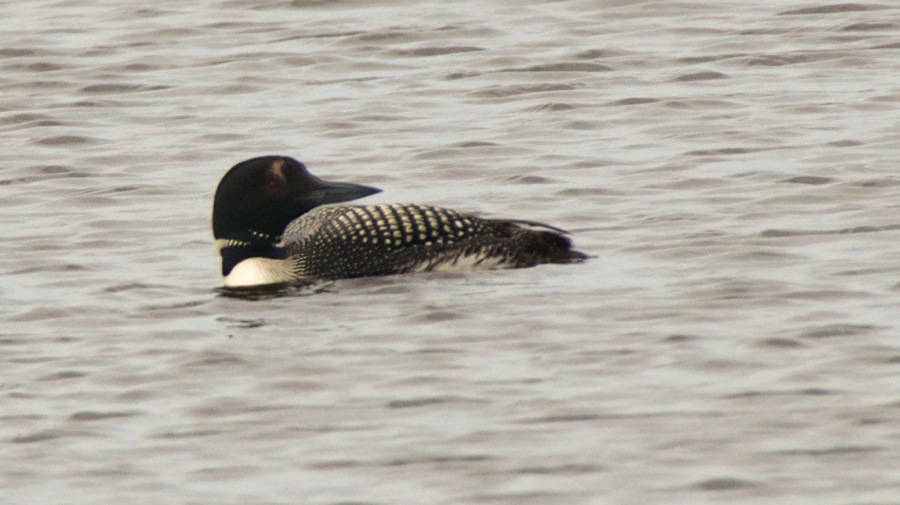 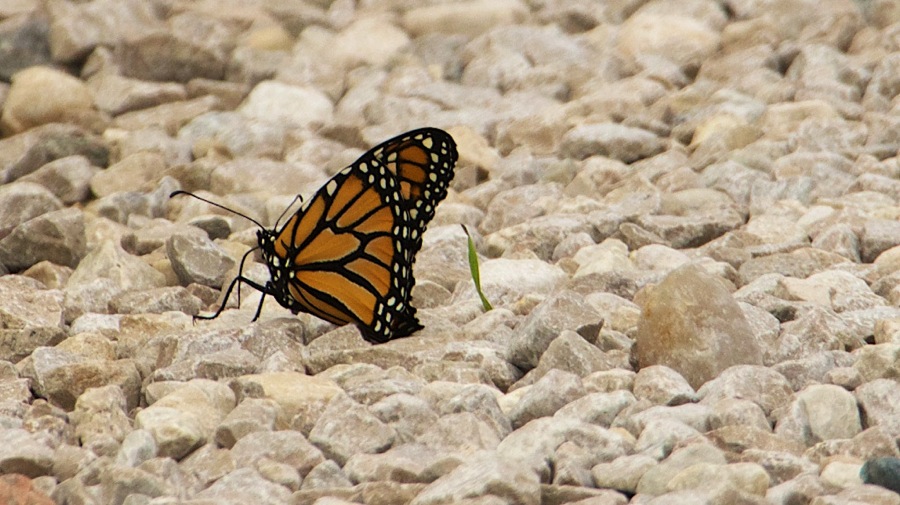 With that our day was done. We briefly discussed heading over to Painted Rocks on the Lake Superior coast…but decided it was too late in the day to try and do that trip justice so we’re leaving it for later in the week. We headed home and after resting a bit Neil made some Linguini with Bolognese sauce for dinner…think tomato sauce with some beef (courtesy of a Walmart Vidalia Onion Angus hamburger patty), a strip of bacon chopped fine, and a can of chopped green chiles…mighty yummy particularly topped with fresh Parmesana Reggiano and a glass of Merlot to go along with…we even got leftovers for another night for dinner although we’ll have to make some garlic bread to go with it as there aren’t quite two servings left.

Tomorrow (Sunday) is Mass and then we’re off to a Music Festival featuring Bluegrass/Folk music at the Logging Museum nearby. Monday and Wednesday are more Fun Stuff©, with work and Taco Night at the Local Elks Lodge on Tuesday (we had the Friday Nite Fish Fry there last night and it was really good) then we’re off to Oshkosh on Thursday.