Nothing much going on so I figured I would catch ya’ll up on what we been doin’ and post a couple of photos we got earlier at Cedar Key.

First up; here’s a shot getting on toward sunset I shoulda posted previously of the boat in the lagoon right outside the Tiki Bar at the Low Key Hideaway…note the platform on the stern as it will be important later. 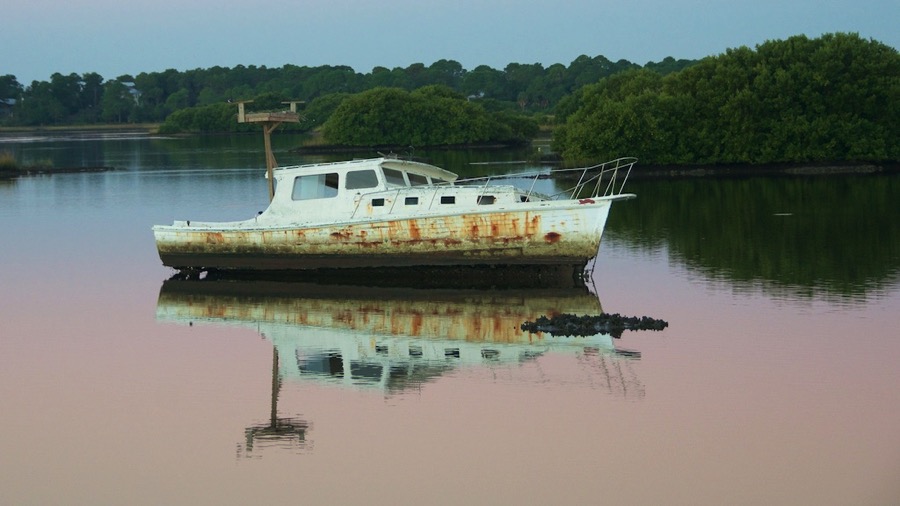 Connie went out one morning and got this shot of a wildflower out back of our rig.

Then we discovered these Monarch butterflies on the bushes at the water’s edge…they must be resting up for the rest of their migration to South America and Mexico.

She also spotted this wader out on the mudflats right near the boat in the first picture…we think it’s a non breeding willet.

Another morning Neil spotted this Osprey having breakfast out on the platform on the stern of the boat. 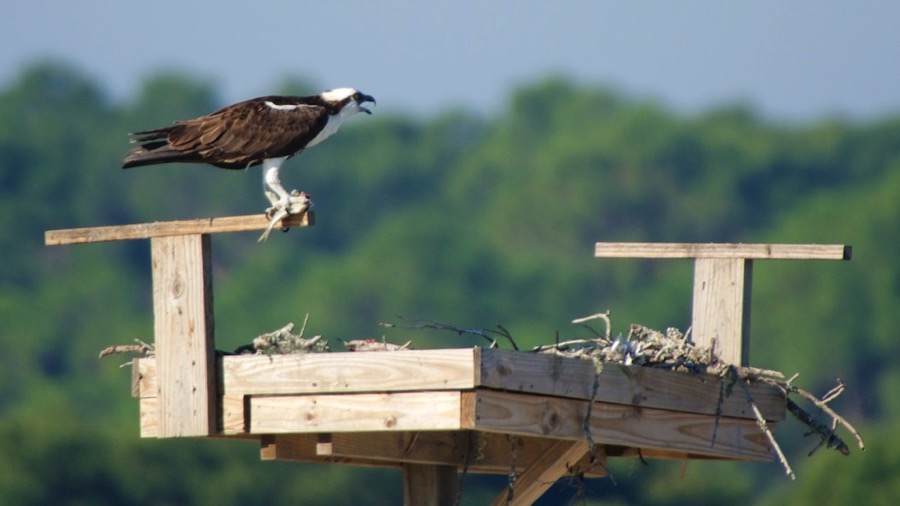 As well as this White Ibis looking for lunch.

I figured those would wet your whistle for upcoming bird photos as we have numerous haunts to revisit while we are here in SW Florida.

Neil found this picture on the web about where babies come from and sent it along to their pregnant human kids.

As well as a one about messing with the wrong guy.

Finally…Connie ran across this one on her Twitter feed yesterday. Perfectly apropos after their thrashing of previously #1 ranked MSU last Saturday and their rise to to top of the Playoff Rankings.

You know you read that in Jase’s voice…didn’t ya.