First Visit to Ozzie and Harriet

Well, Connie headed off to Thanksgiving Mass this morning since the choir was singing and Neil headed down to see Ozzie and Harriet for the first time this year. Mostly he wanted to get some shots with the new Nikon D7100 body which replaced our previous D700…more megapixels, better auto-focusing algorithms are the big improvements in the body…he needs to get fully familiar with it, how it takes photos compared to the D7000, and the nuances of the controls as it’s slightly different.

Ozzie and Harriet are occupying their nest here for the 8th consecutive year…they started nesting here in 2006. Ozzie has laid two eggs this year…the first on Nov 19 and the second 3 days later on the 22nd. This means that the hatchings will be around Christmas Day; hopefully they’ll have better luck and both eaglets will survive this year. Here’s the link to the live eagle cam if you want to track their progress…Ozzie and Harriet Eagle Cam. There are two main locations for picture taking…the first is to the east of the nest and you can see folks in that area above the nest on the web cam with the cars going by on the street in the background…this location is best for mooring photos. The second picture site is on the opposite side of the nest from the morning one so the nest is not backlit and is at about 7 o’clock from the webcam view.

Neil checked the site just before he drove down and at that time Harriet was brooding on the nest. When he arrived at the site no adults were visible so he got a shot of a Red Headed Woodpecker and the horses in the field below the nest. 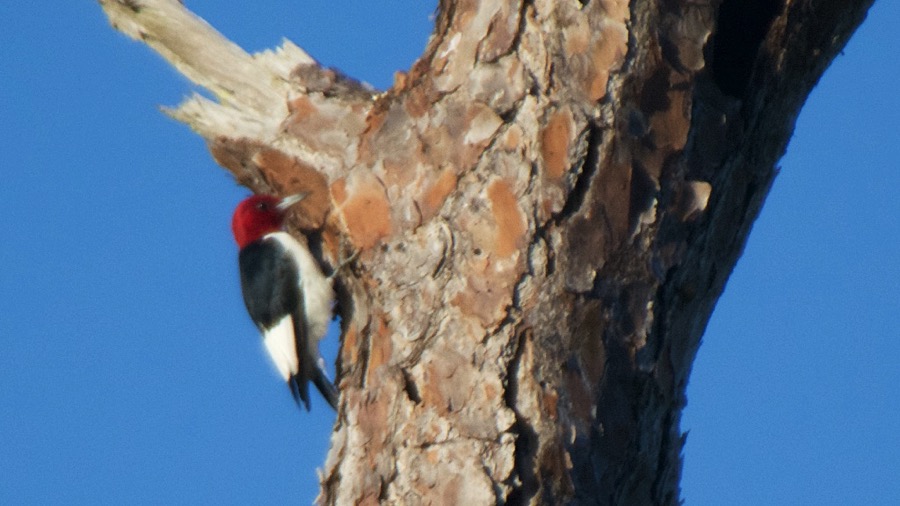 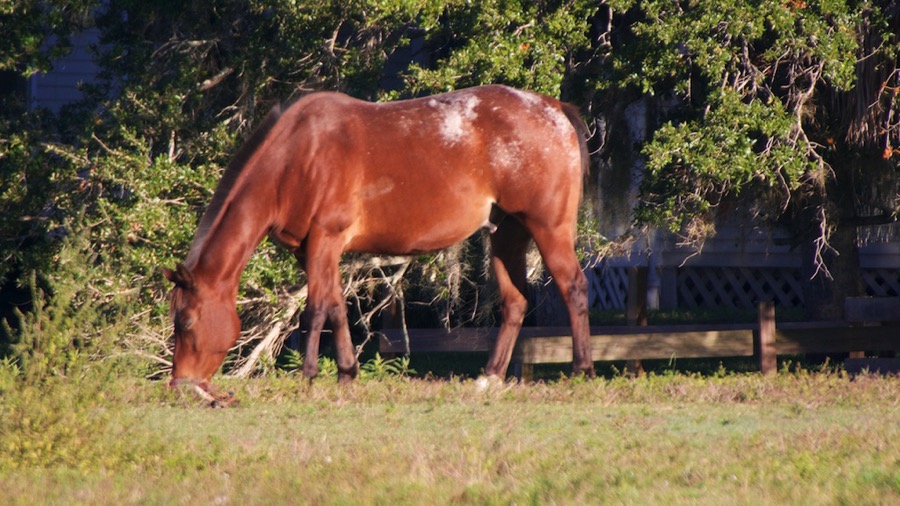 After about 30 or 40 minutes…shift change happened. Here’s a short sequence of Ozzie arriving and Harriet flying off to get breakfast. 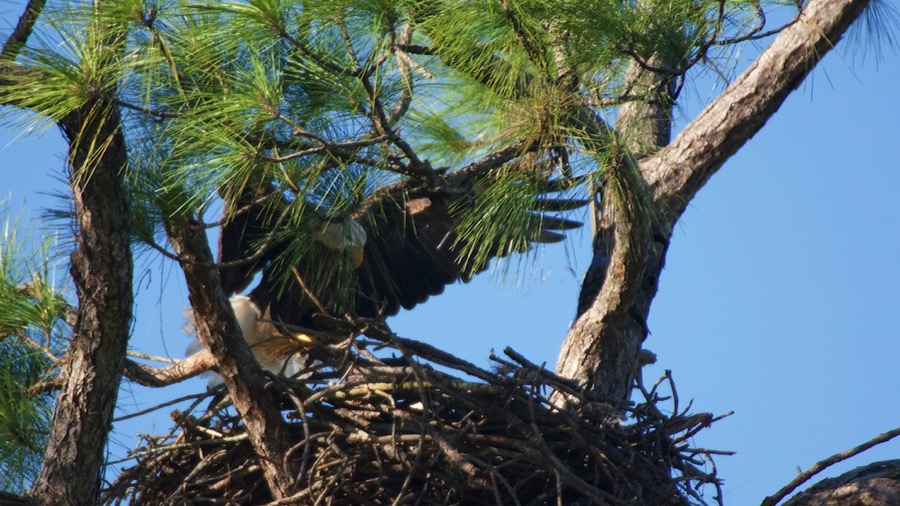 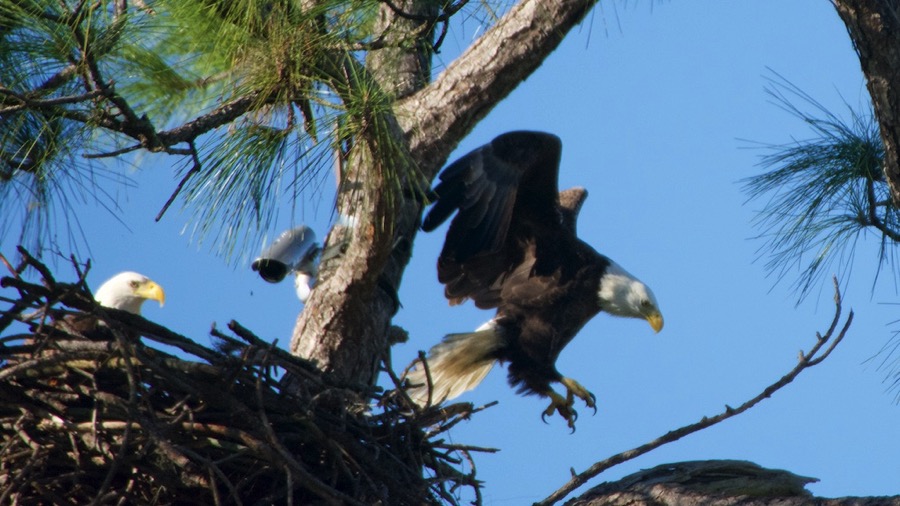 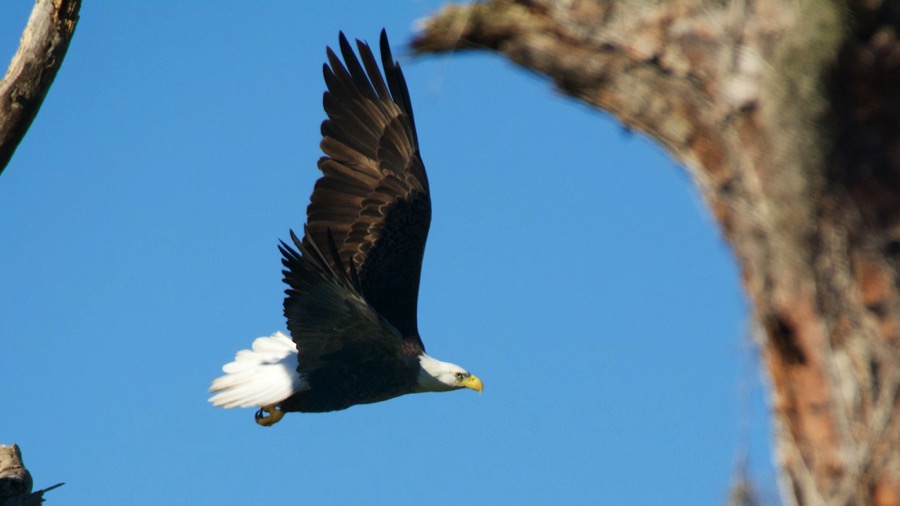 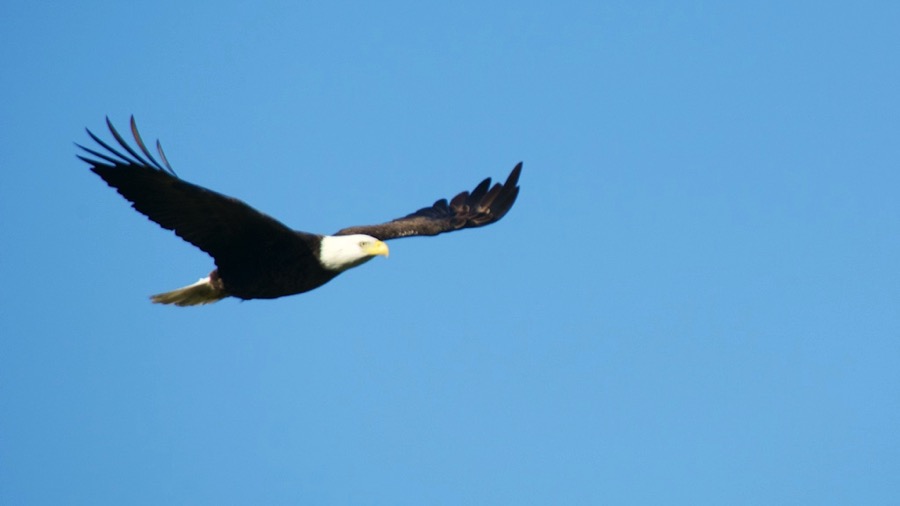 That excitement lasted or maybe 90 seconds than it was another 30 or 40 minutes before she came back. While she was gone a Peregrine Falcon flew by and landed on the nesting tree about 15 feet from the nest. Surprisingly, Ozzie made no attempt to run it off and didn’t vocally object either…guess he wasn’t worried about it as an eagle outweighs a Peregrine by probably 3 or 4 times and Peregrines take live birds on the wing as their primary prey…I don’t think they eat eggs at all. Neil wasn’t able to get a decent picture of the falcon though.

After another wait there was a second brief flurry of activity as Harriet returned to the nest for brooding duties and Ozzie headed off again. Typically she sits on the nest and broods the eggs a greater percentage of the time than he does. Here’s another sequence of the changeover. 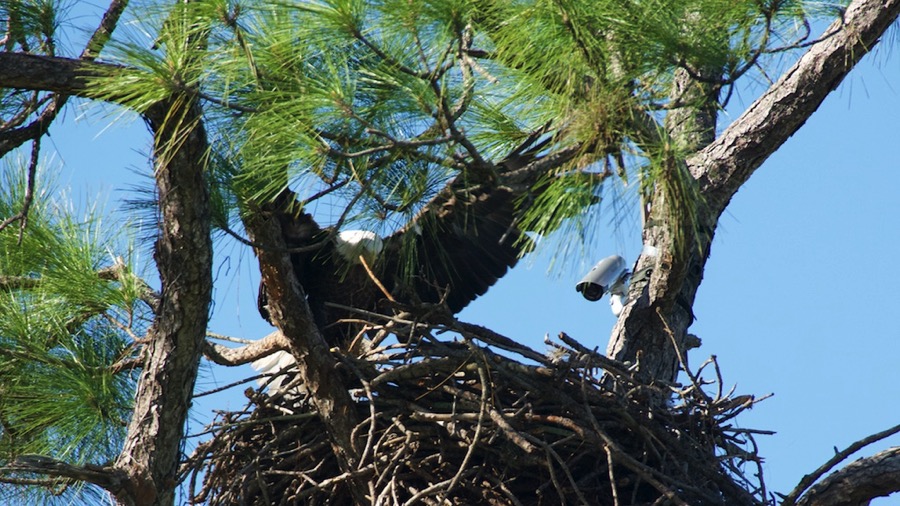 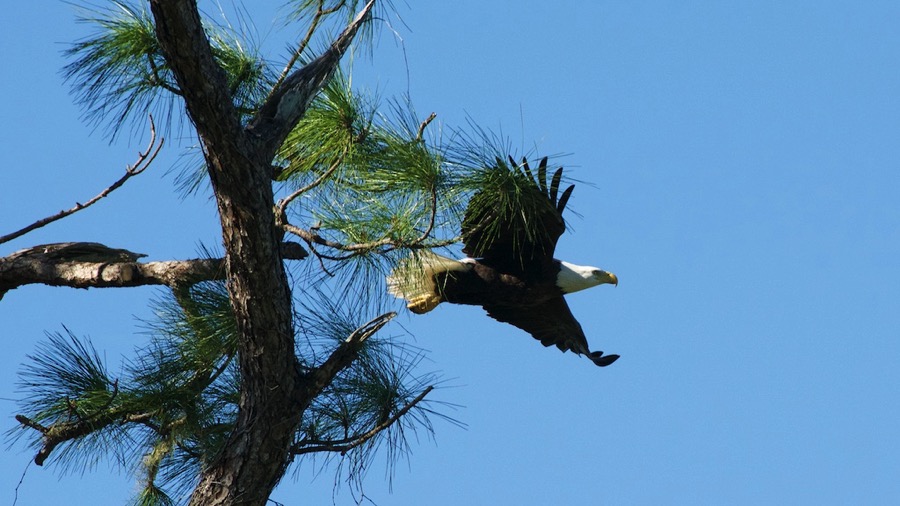 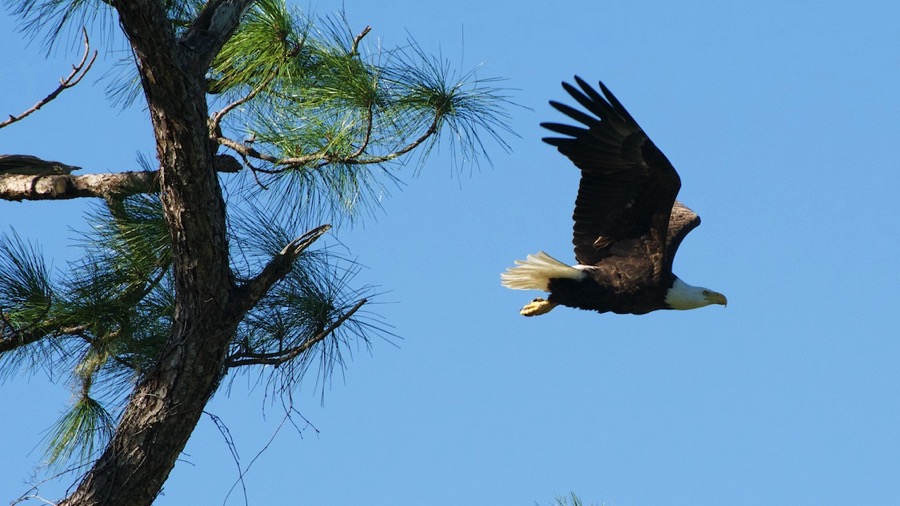 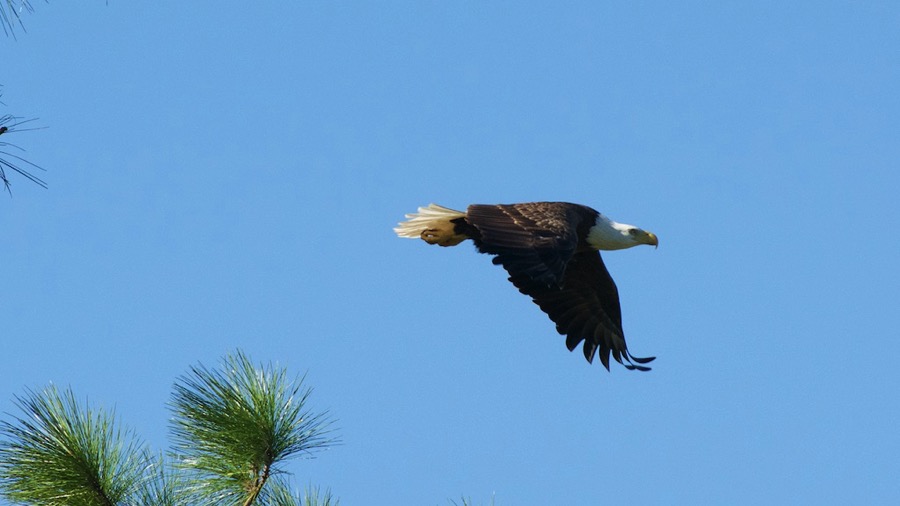 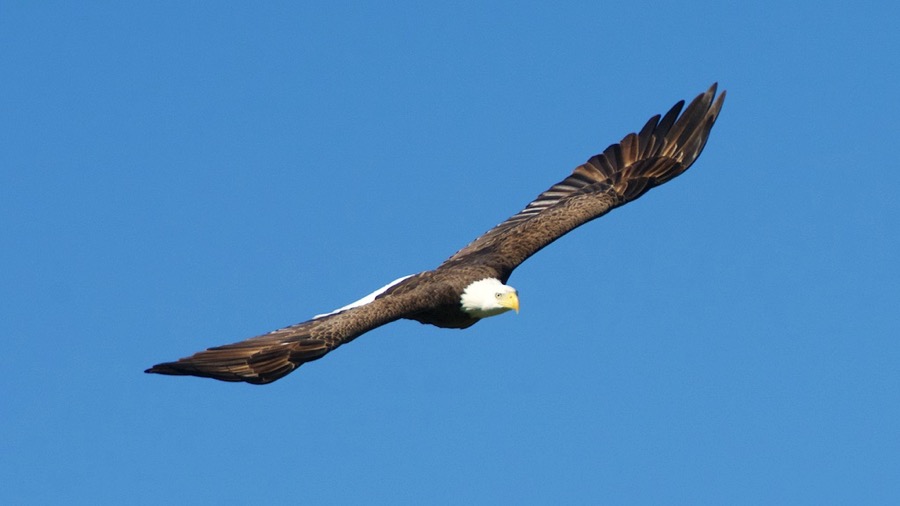 Some nice shots there…but the colors aren’t quite as consistent as they should be…Neil needs to figure out what setting needs adjustment to handle that…probably the White Balance or the Picture mode he’s thinking. He decided he wasn’t interested in waiting around another 40 minutes for some more action so headed home and got there just about 3 minutes before Connie.

He got our duck breasts into the brine…salt, orange juice, and some spices and then you let the poultry soak in it for 2 or 3 hours before patting it dry and cooking it. The brining process assists in tenderizing the meat and keeping it juicy.

Off to football and then cooking later.