Neil got up early today and headed down for some eagle pics while Connie started looking for campsites on our way north…they figured a division of duties would help get both things done. We had done some basic route planning and figured out more or less where our stops were going to be as I discussed in the last post on 2015 plans…but with generic destinations like near Charleston SC, Wilmington NC, and Virginia Beach VA she had to look around at the various campground choices and pick out some nice ones to stay at.

As it turned out; we’ll be staying at 3 military base fam camps on the way north after Jacksonville (well, actually 4 if you count Jacksonville)…Parris Island SC, Camp Lejeune NC, and Dam Neck Annex VA before our arrival in Fairfax. All 3 have nice fam camps with Camp Lejeune’s being on the ocean so hopefully we’ll be able to get reservations at all of them.

When he got there a little after 0800 there was one other fella hanging around and Neil found out that one of the eaglets had died so there was only one remaining baby being brought up. Ozzie had gone off to the south about a half hour before he got there looking for food so we just hung around and watched the nest waiting on something to happen. Over the next half hour Harriet did take a brief flight and brought a branch back to the nest which she spent the next hour or so working into the structure. 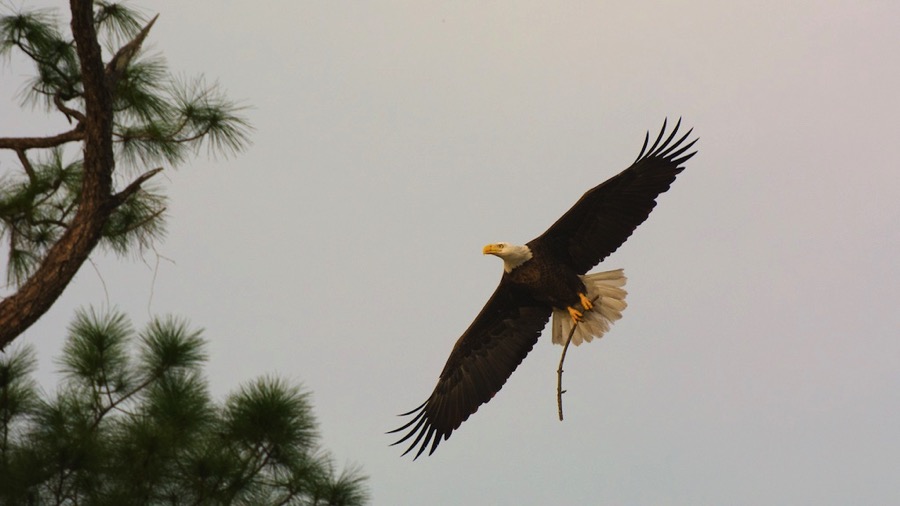 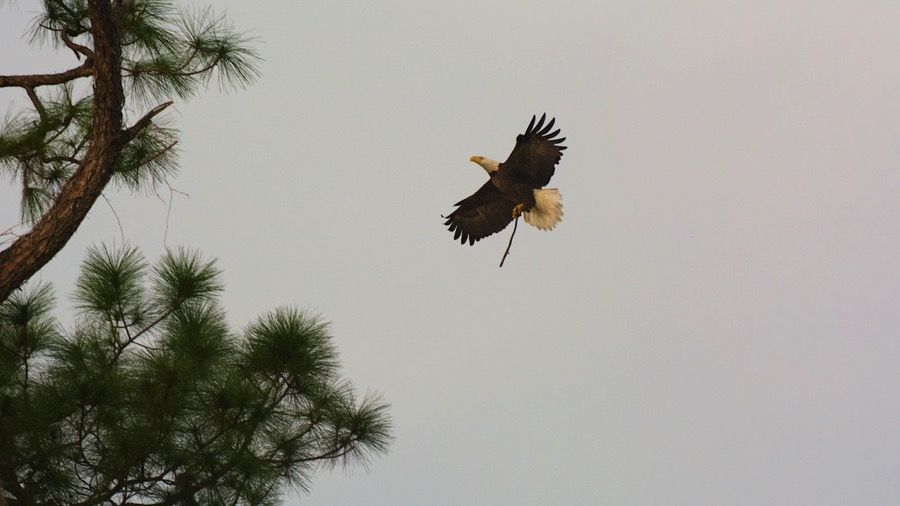 Once she was back on the nest Neil noticed a Red Headed Woodpecker over on another tree and got a couple of shots of it. 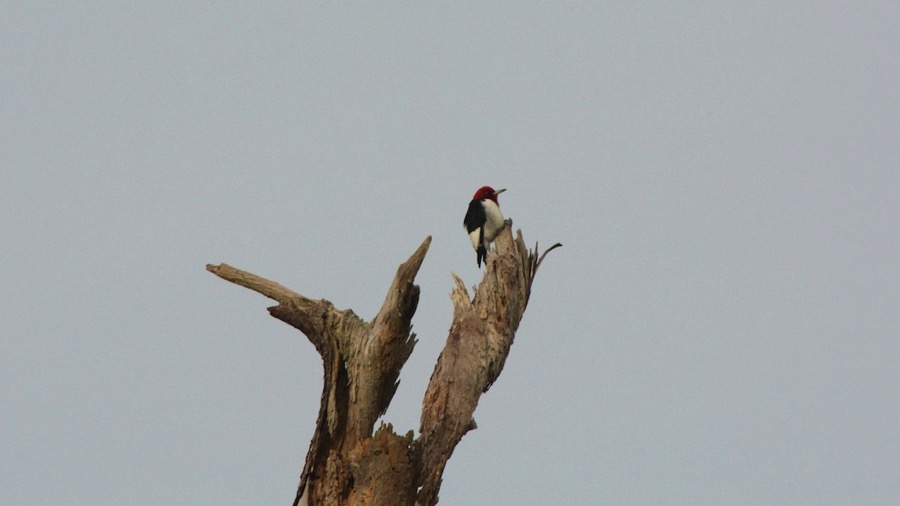 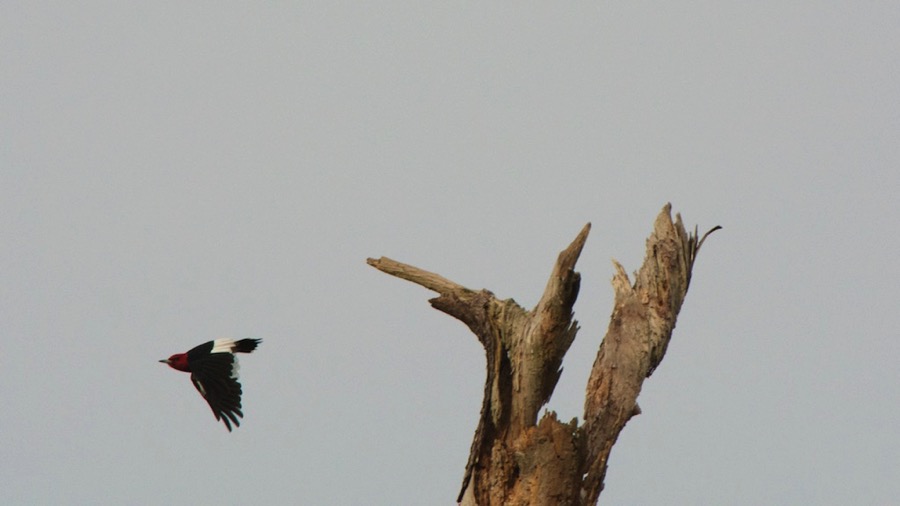 As well as one of the group of horses in the field below the eagles nest. 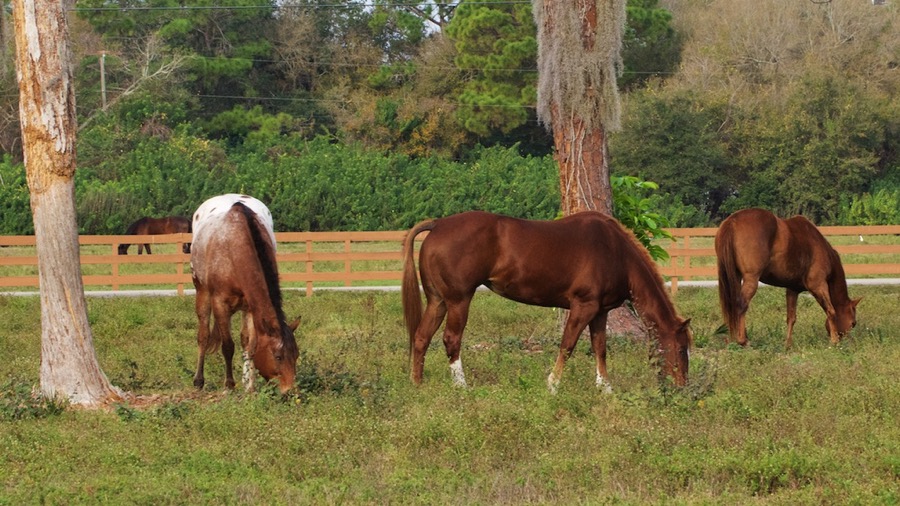 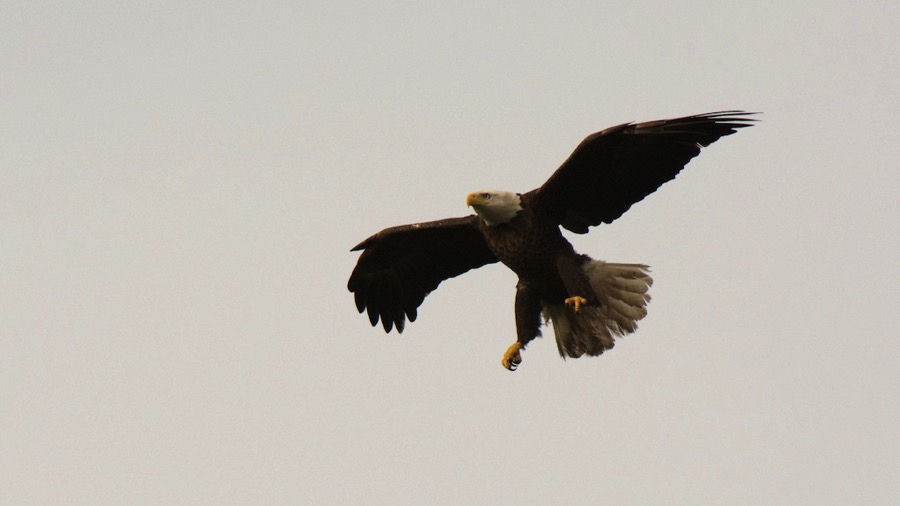 so after a brief conversation with the Misses he headed off again this time to the west…guess he decided to go hunt some mammal instead of a fish. Sure enough…a half hour or so later he got back and this time was toting something for the baby to eat…although we couldn’t really decide what it is. 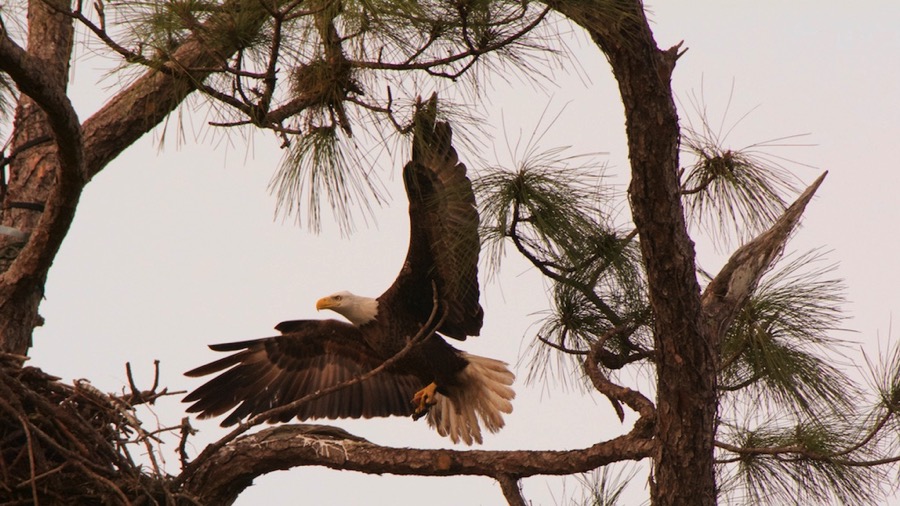 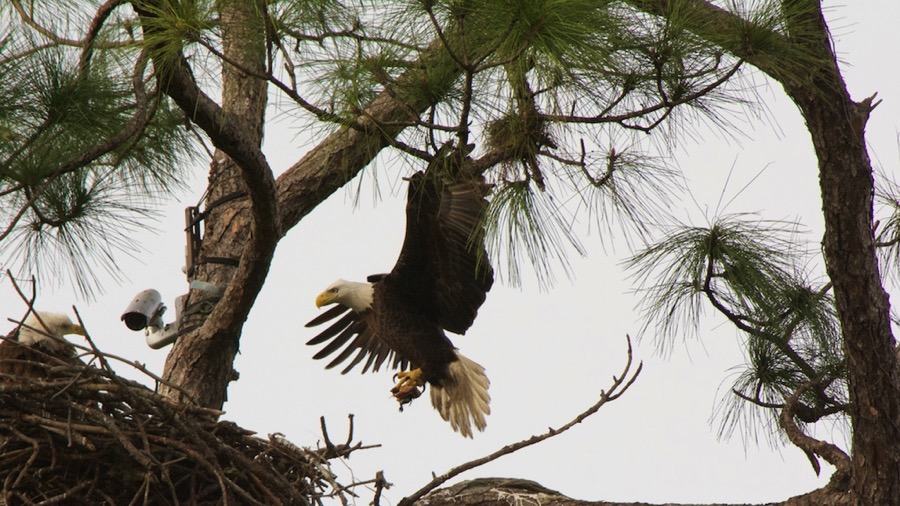 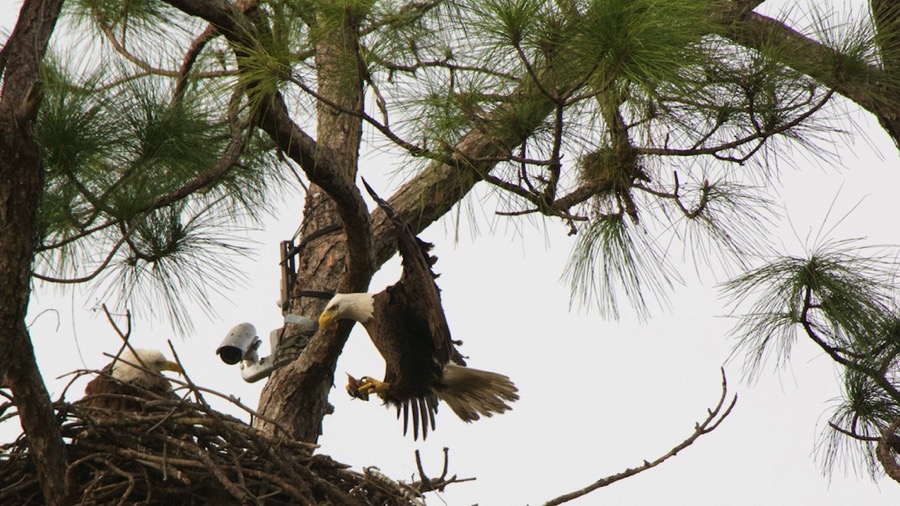 He delivered it to the baby who started eating it down in the nest and shortly afterwards Harriet left to hunt for herself I guess. 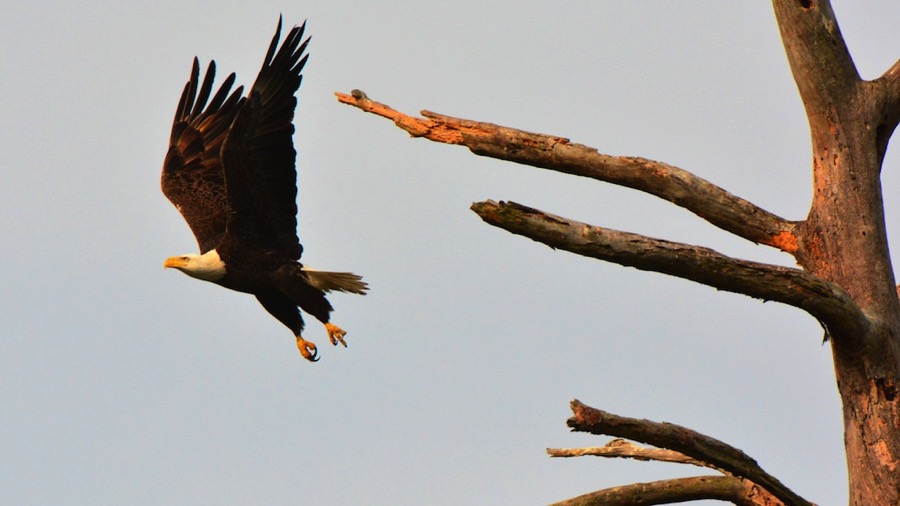 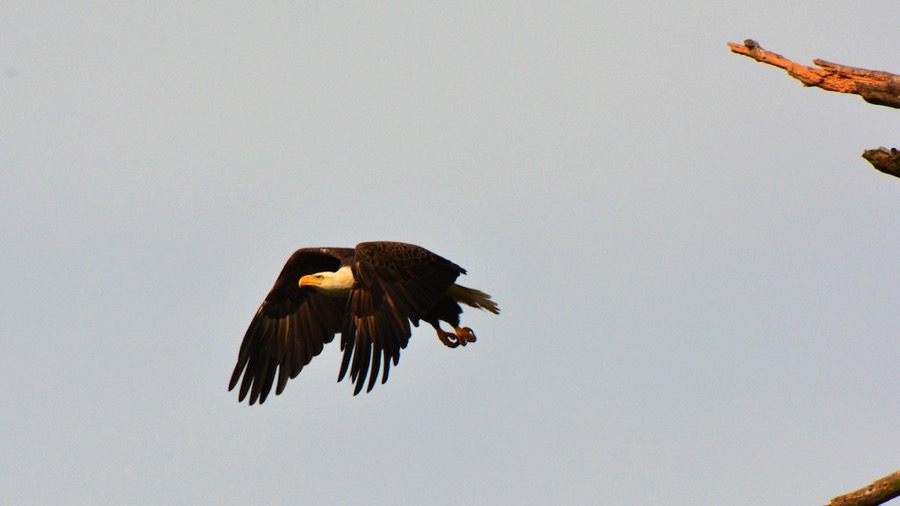 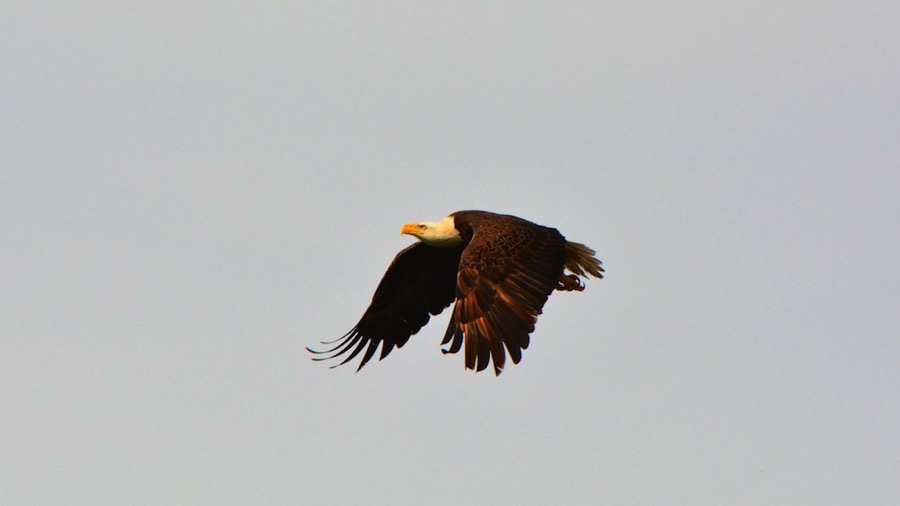 Neil thought she would be gone for awhile so got one last shot of one of the horses…this one is actually a stack of two different photos blended together so that all portions of it are in focus. 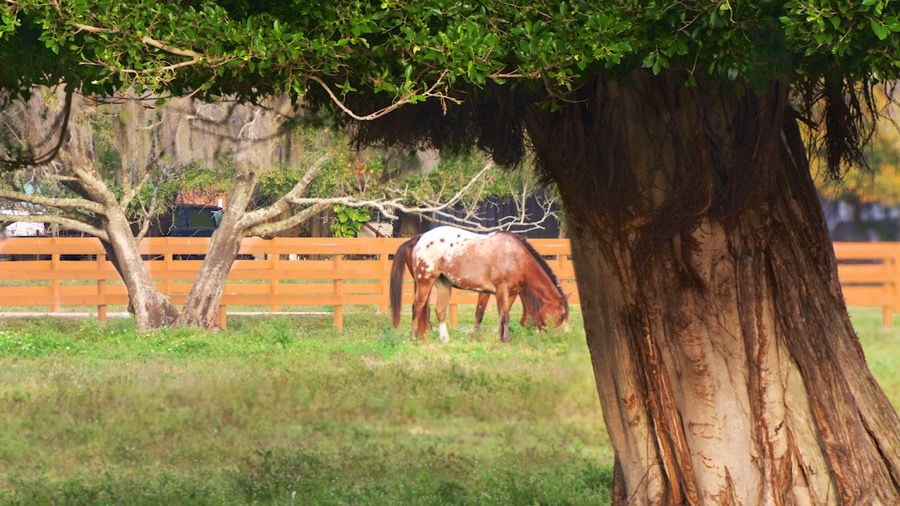 As he was headed back to the car…Harriet returned and Ozzie then left flying almost directly over his head about 30 feet up but he wasn’t quick enough on the draw to get a shot of either of them. Oh well got one of her on the nest after he flew off. He got a couple that you can just barely see the top of the eaglet’s head but they weren’t decent enough to post…have to wait on it to grow up a bit I guess. 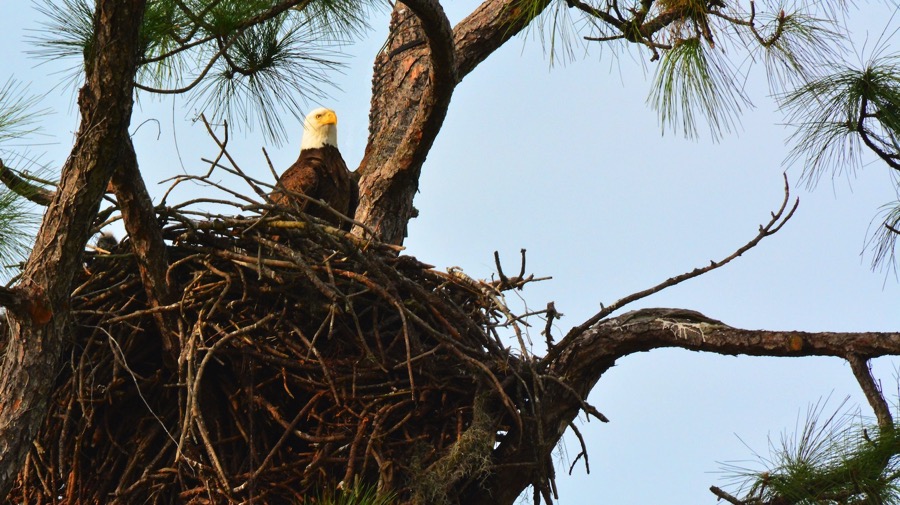 With that he headed home and they spent another hour or two looking at campgrounds and made some decisions…Parris Island SC, Camp Lejeune NC, and Dam Neck VA will be their three stops (assuming we can get reservations) on the way north. All three are fam camps on military bases (2 Marine and 1 Navy) with attractive prices so we’ll look forward to all 3 of them. Once we leave Dam Neck in early May we’re set for campground through to early June so she’s working on our stops in Minneapolis MN and Medora ND for the Theodore Roosevelt National Park stop.

We’re off to dinner at the Elks tonight…went there for taco salads and beer last night and will be there for fried fish today…then tomorrow we’ve invited Connie’s friend Jeff up to have some venison with us…he provided us with 2 big packages of venison steaks so the least we can do is feed him one of them. We’ll have a campfire after dinner probably.

1 Response to Eagles and More