Transit to and Stuff in Jasper AB

Ah…it’s wonderful to be on your own schedule again…no more really early departures and forced marches to the next campground. Nonetheless…having looked at the scheduled weather in Jasper we did decide to get on the road by about 0830 Monday morning for our 230 mile trip over…that way we could be parked and setup before the predicted afternoon thundershowers.

Did ya see that those Kilcher fake survivalists got arrested? Turns out that the not so smart Atz Lee and his even not so smarter wife Jane decided to go on a bear hunt and used the Discovery Channel’s helicopter to take them right in to where the bear they shot was located…and using a helo to bear hunt in Alaska is against the law. So…they’re charged with illegal wildlife hunting…have to pay a fine probably and get their hunting licenses suspended for awhile.

Anyhoo…the drive over from Prince George to Jasper was pretty nice…good road except for the last 20 miles or so once we got into Alberta which has worse roads than British Columbia does. Stopped on the way in and got an annual pass for the Canadian National Park system as we’ll be in plenty of those both this week and next summer when we’re up in the Maritimes on those adventures.

We got set up in Whistler Campground site 58N…same one we were in two years back so it was easy into the campground and then an easy setup. We had a short nap then headed into town for dinner at the Jasper Brewing Company…nice brews and dinner was Beef Dip for Neil and Duck Sliders for Connie. We did get a few photos on the trip over for ya’.

Fraser River in BC looking upstream. 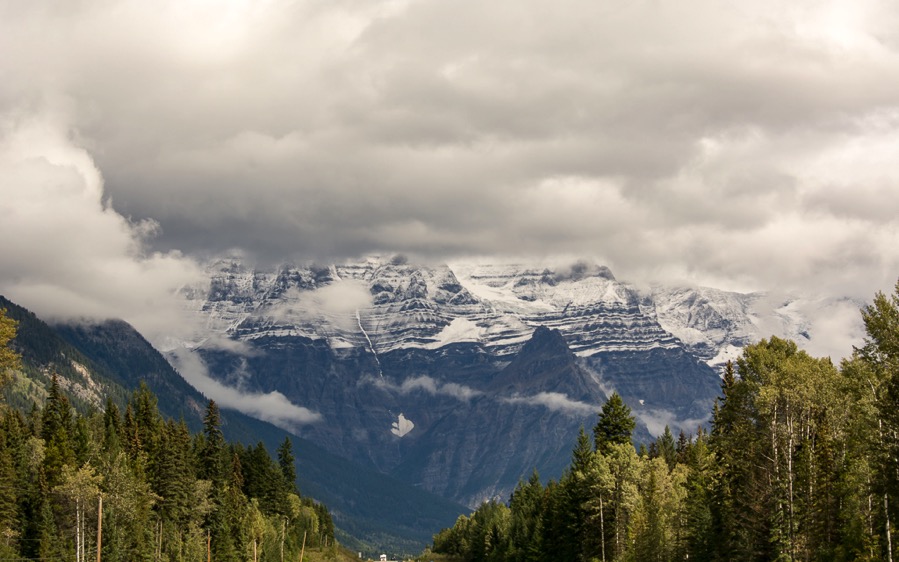 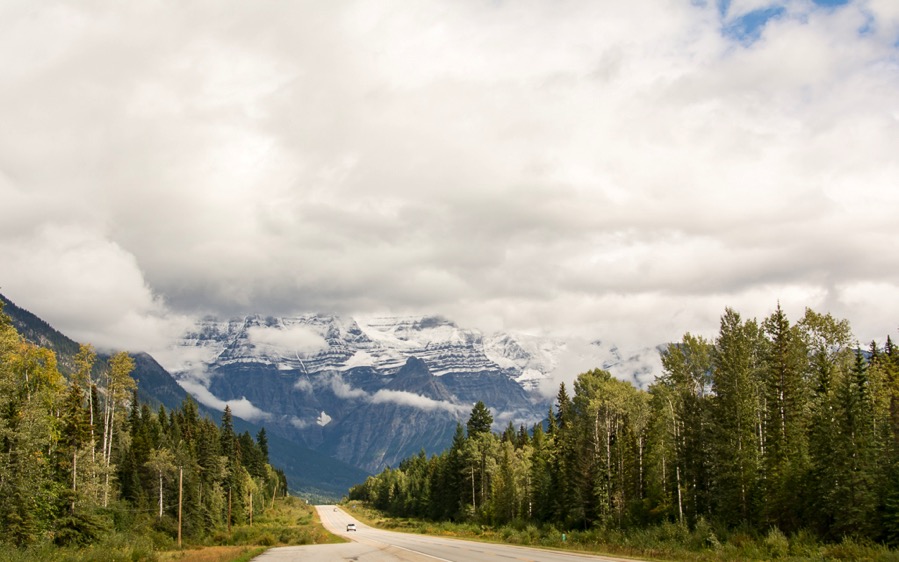 Lake at the summit of Yellow Head Pass.

First look at the mountains surrounding the Jasper Valley.

Tuesday AM we had breakfast then headed over to the visitor center to check out hikes…which mostly meant making sure that none of the trails we wanted to go on were closed. Once that was done we had a short hike on the Wapiti Campground trail…but it started raining so we went home early for lunch…then back to Jasper Brewing for beer, Internet, blog posting, and work for Connie.

Cow elk about 50 yards from our campsite.

Bull elk and his harem.

Notice that the rearmost tine on his right antler has already broken off…either in a fight or while thrashing trees for practice. 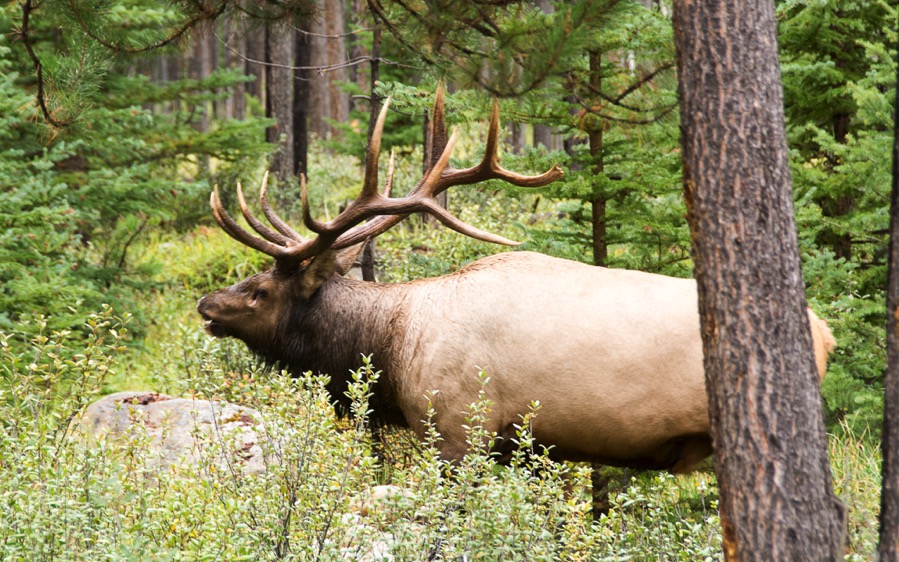 Checking out Neil to make sure he wasn’t a rival for his ladies affection.

Polishing his antlers on a tree. 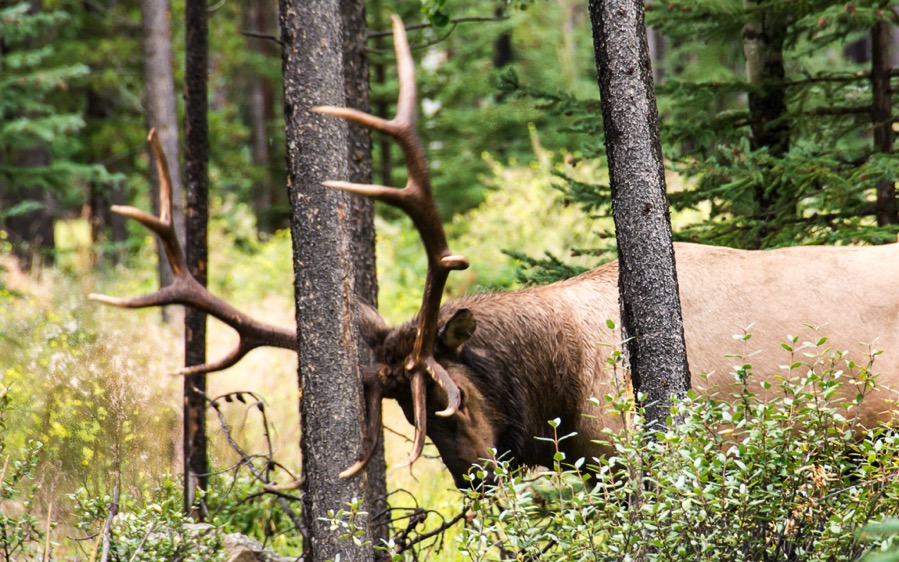 Bugling a challenge to potential challengers. 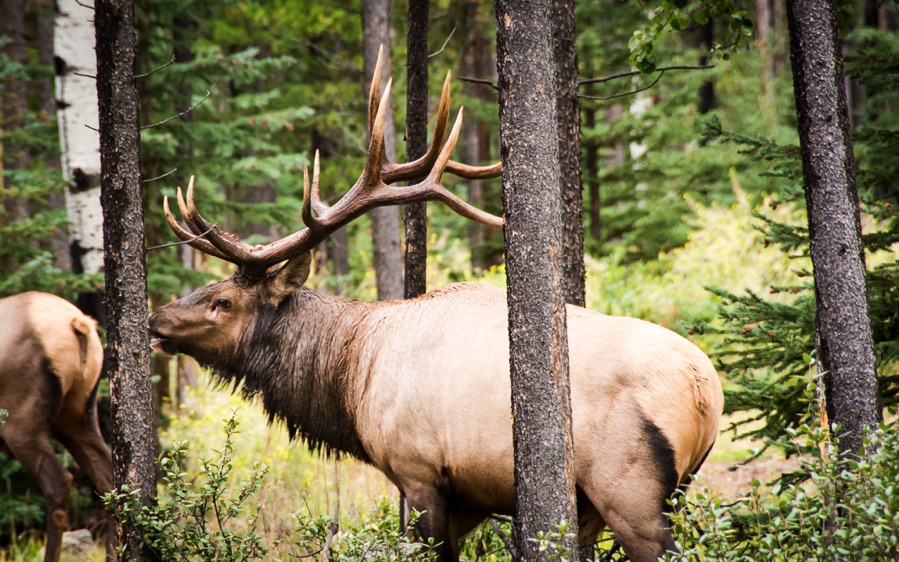 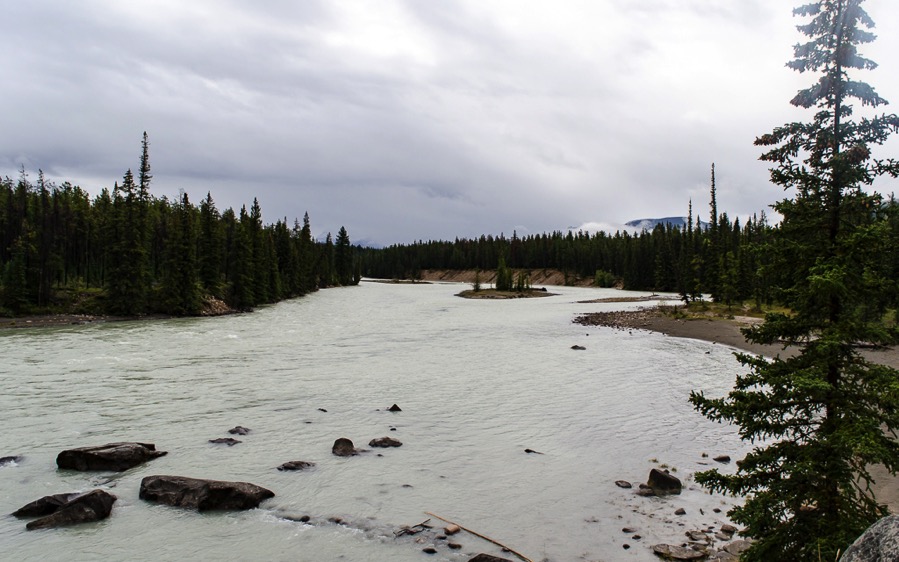 Hopefully we’ll get some more nice photos the rest of the week…weather permitting of course as it’s supposed to rain on and off through Friday and Saturday we’ve got the bike race to watch.

7 Responses to Transit to and Stuff in Jasper AB

Leave a Reply to Camp That Site Cancel reply