Well…we’ve been here 10 days now and the weather continues to be very hot and very humid…88-90 degrees and feels like temps in the middle 90s. There’s been very little relief so far but…supposedly the weather guessers tell us…it’s gonna get a little cooler albeit raining over the weekend and cool down to the low 80s starting next Monday.

I’ll believe it when it happens.

So…what have we been doing.

We went to the Elks Lodge bingo last week and Connie won twice…hopefully that trend keeps up tonight and in future weeks. Other than that it’s pretty much been work. Neil has swapped out all our water filters, swapped out the anode rod in our hot water heater and flushed the crud out of it, swapped out the aux fuel tank filter on BAT, fixed the baseplates on a couple of our slide columns that came loose over the summer…you don’t really get very good construction in your RV even when you spend most of a quarter million bucks on it, they were formerly attached with staples but now are attached with screws so they won’t come off again…and generally just been working down his list of stuff that needed doing.

He’s getting out early every morning and working until 1030 or 1100 then has usually been taking a short bike ride before it gets to the really hot part of the day…then comes inside and we hide in here until the sun goes down and it gets a little more comfortable.

We’ve started talking a bit about our plans for next year’s travel season…although it seems like we just got here we have to get the plan organized pretty quickly…once we get the general plan of where figured out Neil has to plan the individual stops and Connie has to find campgrounds so that Neil can make reservations…all that takes time and we know several places we want to go that will have the parks fill up quickly.

We haven’t been down to the eagle nest yet due to the heat but have been reading the nest site blog to see what’s going on. We discovered the first weekend here that Harriet has lost her mate Ozzie…as you know he was injured last spring and spent some time at the CROW Wildlife Rehab Center here in the Fort Myers are before being released near the nest. He fought a couple of suitors for Harriet the first few weeks back then disappeared for 3 months before returning in September. After another fight with M15 (Male #15) who appears to be Harriet’s new mate…he was found severely injured again and wrapped in barb wire. He was again taken to CROW but died two days later.

Au revoir Ozzie. You did well raising your offspring;but life in the wild is hard and you were taken from us too soon. Harriet will continue in your absence. 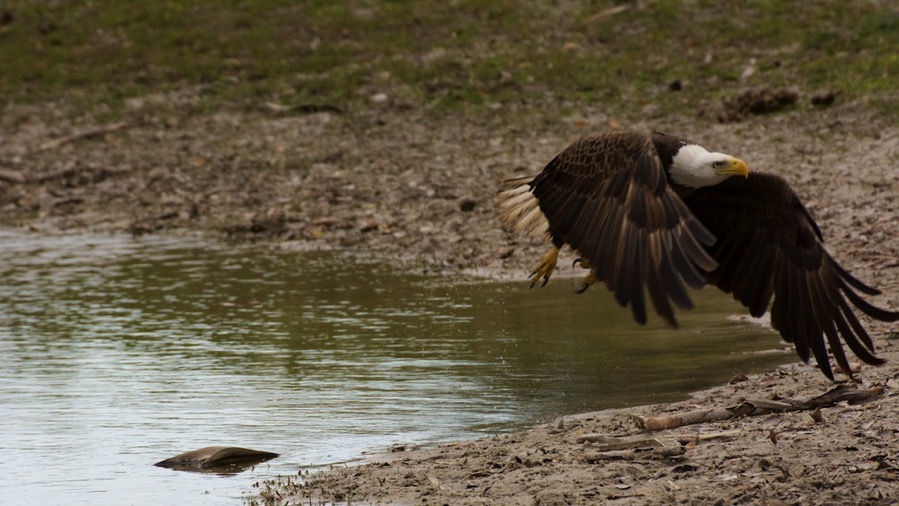 Meanwhile…Harriet has been courted by a young adult male designated M15 by whoever monitors the Florida eagle population…she has been spending a lot of time on the nest with him while he brings potential nesting material to her for approval…at first a lot of it was rejected but he’s been getting better lately and the sides of the nest have been built up for this year’s eggs to be laid. They have mated several times so it’s assumed that he is her new mate…eagles mate for life ya know…but he’s apparently inexperienced but learning how to be an adult male eagle. As early as mid summer M15 still had some juvenile plumage but now has the white tale and head of an adult. He’s been observed stealing a fish from a Great Blue Heron and rather than eating it himself returned to the nest and called for Harriet then presented it to her…he’s learning how to supply the nest for when it has eaglets in it. Here is a shot of M15…Neil borrowed it from the eagle cam web site as it’s the only one he could find. 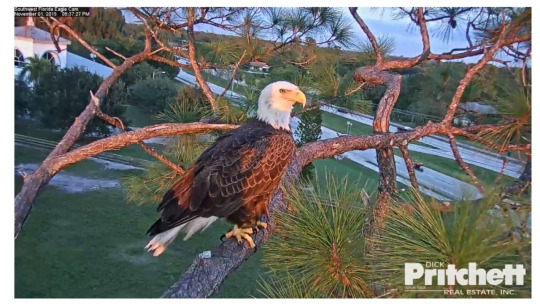 That’s about it for our first 10 days here…we’re really looking forward to some cooler weather. Personally I think the weather guessers should table their fancy computers and such and go back to John’s Weather Forecasting Stone. 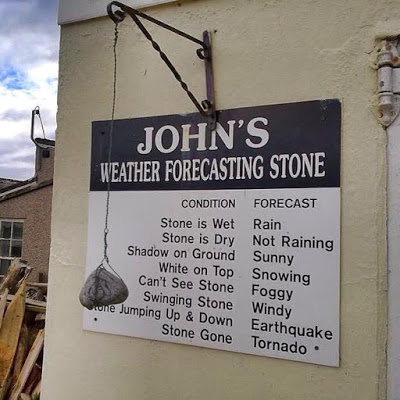 A couple more funnies we happened across this week. 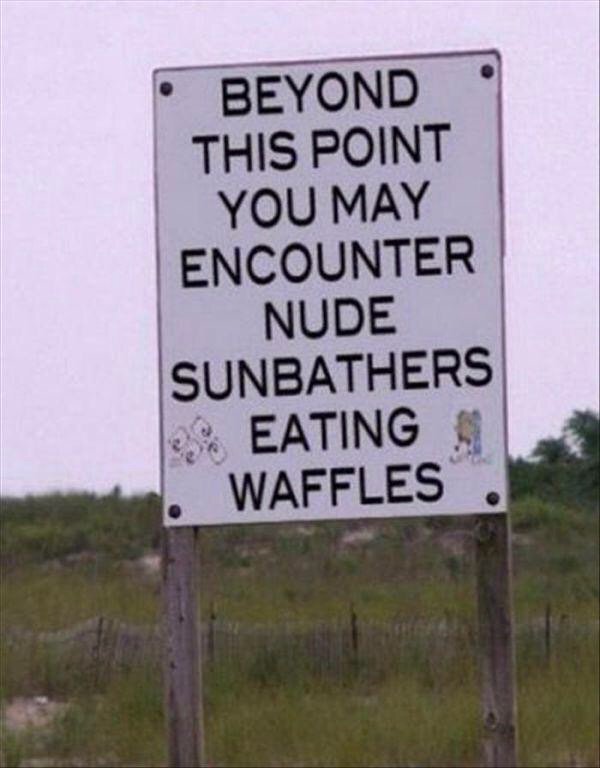