I Really Don’t Understand This

Clearly…it’s a sign that 19 year old teenagers should not be allowed to be Presidential electors…members of the Electoral College.

This isn’t really political…I’m just trying to understand this.

Secretary Clinton carried the state of Oregon by 53% to 37%…and hence the Democratic Party chosen electors will be voting next month when the Electoral College. That’s fine.

However…I saw an article today on Yahoo News…about this 19 year announcing that he’s going to be the 7th faithless elector in this election…or at least the 7th who’s publicly announced he will do so.

Now Oregon electors are legally bound to vote for who they’re supposed to vote for…but this moron has decided to ignore that and pay whatever fine is associated with being a faithless elector.

It would be perfectly understandable…I would do it but I could understand the logic at least…if he was a Republican elector who refused to vote for his party’s nominee.

That isn’t the case though. He’s announced that…instead of voting for Secretary Clinton as he’s legally bound to do…he’s going to vote for a different Republican for President as a protest vote against Mr. Trump.

Now I’m only a bear of course…and obviously not very smart, that’s Kara’s domain…but I can’t figure out how not voting for Secretary Clinton and voting for a different Republican as a protest vote against Mr. Trump…well that doesn’t make a lick o’ sense at all. Nope…not a lick.

We’re continuing our approach to just doing nothing this winter…Elks a couple nights a week for Bingo, chicken or fish, or Fun Night…but that’s about it. Tomorrow we’re headed out for lunch for Connie’s birthday…she’s gonna be the big Social Security eligible number…but we’re not doing much else. Seeing our friend Jeff, visited with other friends Dennis and Janet who arrived from Indianapolis today and just mostly moseying along.

On to interesting stuff.

I’m pretty sure I’ve posted this one before…it’s a bow on comparison of the RMS Titanic…the largest passenger liner launched at the time…with the Princess of the Sea of today’s liner fleet…and it’s not the largest cruise liner currently in use. Simply mind boggling.

Seems the movie Wizard of Oz was being broadcast on some channel recently…this is the synopsis of the film as listed in the TV listings in the paper. 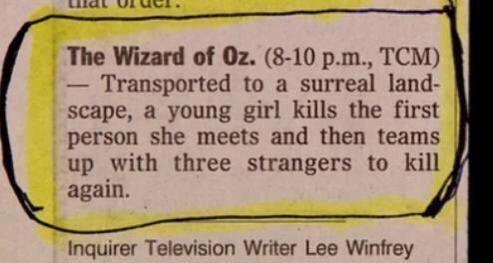 Some guy wandering through the woods found…or maybe staged…this one…but it looks really cool like the tree base is glowing. Meanwhile…I guess it’s really dry in Tennessee…where the was the wildfire in Gatlinburg and Pigeon Forge this week. 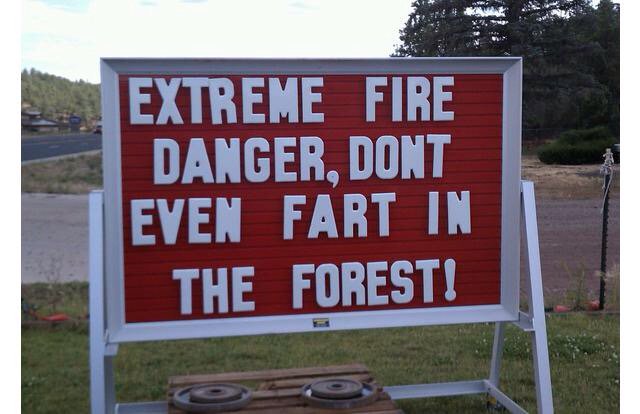 And the best one of the week…no, I haven’t seen the cat, why?

The weather the first day was way better…