Well…not really much of anything to report but we did make a trip to to Midlothian to see the human kids…and most importantly to be at grand baby Alex’s 2nd birthday party…although I gotta tell ya going up to Virginia in December is really way too cold for us.

We had dental appointments on Dec 8…and planned on leaving afterwards for Virginia bit the cleanings at the dentist delayed our departure until about 1030 instead of our normal 0700 or so…which meant we had to stop partway up. After completing our cleanings we headed up I-75 and then I-4 through Orlando…and made the decision never to go through Orlando again…the traffic basically sucks and the roads are terrible with construction everywhere. Turns out that taking 75 north to 10 and then west only adds a out 40 miles to the distance from Seminole to Jacksonville…so we’ll plan on going that way in the future…especially with the rig as the construction delays just make Orlando unbearable.

We stopped for the evening in Hardeeville GA just north of the border about 20 miles or so…had a decent hotel and a pretty decent dinner then got up early the next morning…dressed in jeans and hoodies instead of our normal shorts and flip flops and continued north. We got to the hotel right near the human kids house about 1500…had a nap and then headed over to see Alex for a bit before he went to bed on Friday evening.

We spent most of the daytime Saturday at Bryan and Jenny’s house seeing the kid and doing some preliminary party on Sunday stuff…then had dinner and headed back to the hotel.

Sunday was Mass at the local church in Midlothian we usually go to and then we headed over to Alex’s house…spent a couple of hours getting ready for the party and then it was pretty much madness for the next 2 hours…about 20 people in the house with 4 kinds under 5 and a bunch of adults…sliders and cupcakes and opening presents were the order of the day. By the time the party broke up we were beat and ready to head back to dinner and the hotel for the evening…with an early departure scheduled for Monday morning.

We did get some photos at the party…have to have those ya know.

Alex wandering around before the party.

Having a cupcake after the sliders were gone. 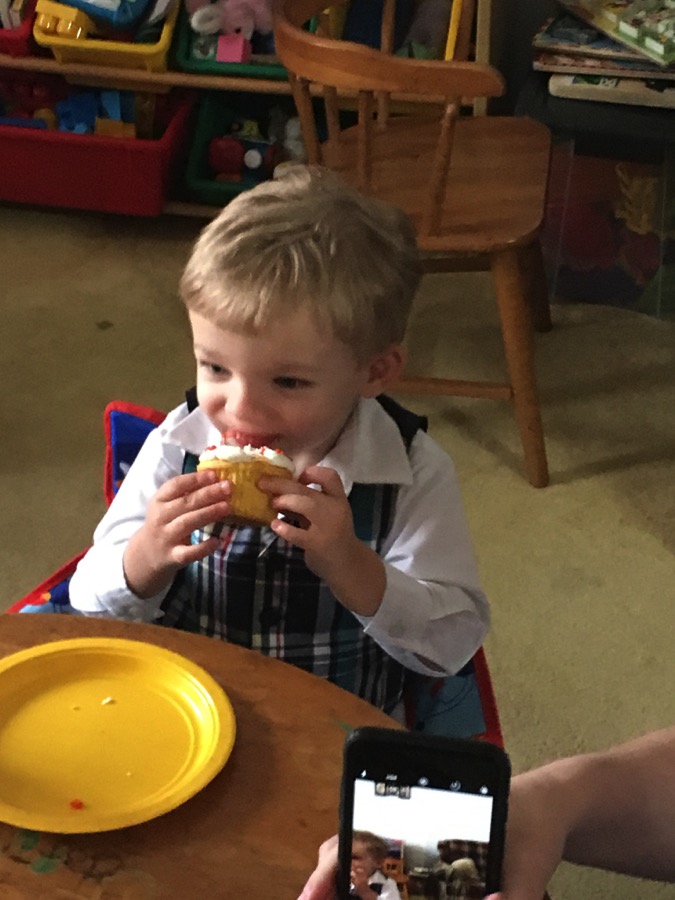 Getting his height marked on the chart on the wall…he should be just about 5’10” to 6’…based on the two times your height at age 2 metric…when he’s an adult. Don’t know if that will work or not but Bryan is within an inch or two of the metric so maybe it will hold true.

Serving granddad some tea from his kitchen set before we left.

We were so tired after the party…just headed out to a local Bonefish for dinner then home for bed. Got up early Monday morning…temp was in the 20s and that’s way too cold for us…and headed south. Our destination for the day was just north of the GA/FL border on 95…we wanted to stop by Green Cove Springs the next morning and see our new mailing service in person and they don’t open until 0900.

After a gradually warming day we had dinner and bed and headed off again early Tuesday…had to get there for choir practice ya know and we had some Xmas deliveries to take care of for Bryan and Jenny at her grandmother’s house in Bradenton FL just south of Tampa. We made a quick stop at the mailing service…which isn’t actually located at the specified street address because when they outgrew their facilities and moved either the city let them keep the street address of 10,000+ clients had to do that whole address thing…anyway we followed the GPS and failed and then the directions on the website and got there. A quick stop, picked up our mail and introduced ourselves, and we were back on the road. Stopped by Bradenton and met Grandma Ruth at the Waffle House to drop off presents then continued on south to Fort Myers arriving just after 1420.

Connie quickly headed out for choir and Neil took all our stuff back inside.

Other than seeing the kids and Alex…the highlight of the weekend was getting some venison backstrap tenderloins from Tom, Jenny’s dad. We had taken him some homemade eggnog and he surprised us with the venison…it’s on the menu for Christmas dinner.

That’s about it for now…gotta run to get to Bingo as Connie’s almost home from choir. Just a couple of quick interesting thing this week.

Too hot on the landing I guess. 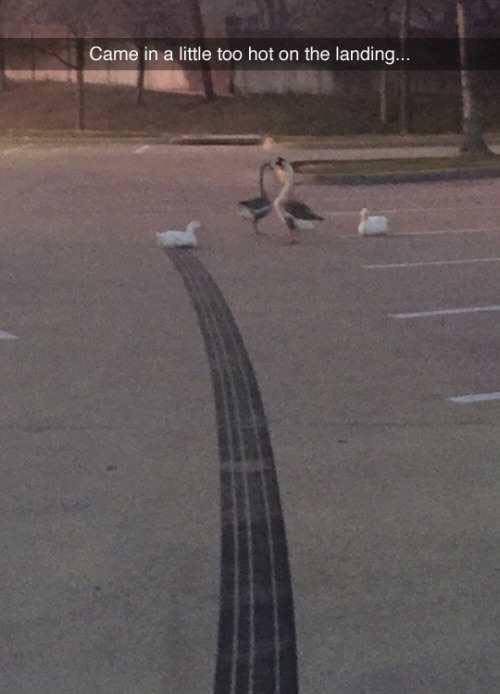 Keep your head down.

How to confuse a vegan. 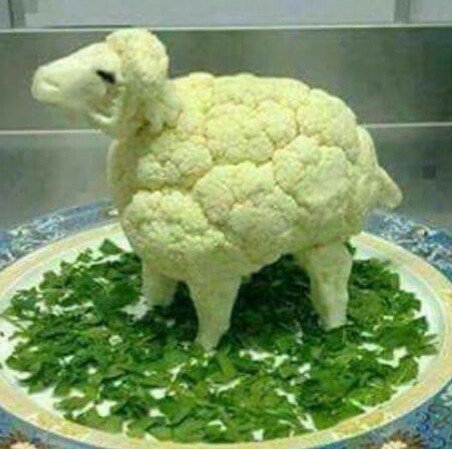