Closing Out Another Football Season

The football season is over as of a couple of days ago…Jan 8 was the Championship Game. College football only ‘round these parts…the NFL is dead to us. It’s always been pretty much an afterthought for us but with the taking a knee crap and management’s refusal to enforce the existing rules about what players are supposed to do during the National Anthem…well it’s dead. I saw on the news that the playoffs are going on but we don’t even know…much less care…even what teams are in.

The real football playoffs started off on New Year’s Day with the Rose Bowl pitting Oklahoma against Georgia in the afternoon and Alabama vs Clemson in the Sugar Bowl in the evening. After the conference championship games earlier in December…the Playoff Selection Committee picked the top 4 teams and seeded them. Oklahoma, Clemson, and Georgia were all obvious choices being conference champions but the fourth seed came down to a choice between Ohio State, ‘Bama, and the University of Central Florida as a slightly more distant option. The committee selected Alabama…which caused much wailing and gnashing of teeth in the press corps…even though the committee carefully explained why they made the decision they did. What it came down to was that Ohio State was a 2 loss team with one of those losses being by 31 to an unranked team…vs Alabama having 1 loss to Auburn who finished at 10-3 after the SEC Championship Game. In addition…the OSU boosters wanted to discount ‘Bama’s win over Florida State who ended up at 6-5 or something like that…but FSU was ranked in the top 10 at the beginning of the season and unfortunately lost their QB late in the ‘Bama game and with no real backup they struggled offensively. UCF was discounted because although finishing the regular season undefeated they played no highly ranked teams…although they did upset Auburn in their bowl game. The committee’s charge is to pick the 4 best teams for the playoffs regardless of conference championships and it turned out to be hard to discount a team that was ranked at the top the entire regular season until losing the Iron Bowl to Auburn.

An any event…the field was set and the Rose Bowl was a thrilling game with the lead going back and forth…Georgia finally won in double over time to advance to the championship. ‘Bama vs Clemson was more of a defensive struggle with Clemson basically stymied offensively while our offense put up 2 short TD drives after turnovers and scored another on defense with a pick 6.

The championship game…which most of you probably watched anyway…was another classic contest…’Bama was outscored and out gained in the first half but came back with a strong second half and overtime. They missed a field goal to win on the last play of regulation and in overtime scored a TD after Georgia kicked a field goal…final score 26-23 for ‘Bama’s 5th national championship in the last 9 years with Coach Saban tying the late great Bear Bryant’s record of 6 championships.

Coach Saban has a potential problem though…he pulled the starting QB who is primarily a runner who throws the ball adequately when we’re throwing on our terms at halftime and put in the true freshman backup…Georgia’s coach Kirby Smart was ‘Bama’s long time Defensive Coordinator and put together an excellent game plan which was to basically stop ‘Bama from running the ball and force QB Hurts to throw…which just isn’t his forte. The backup is not as good a runner but a far superior passer…throwing 2 TD passes in the second half and the game winner in overtime. Although I’m sure it’s not a QB controversy in his mind…the talking heads and headline writers are certainly trying to make it one. Must be a real struggle…figuring out which of your two very good QBs should start…maybe he’ll decide to play both of them and alternate series as each has strong points the other doesn’t. Jalen Hurts can throw adequately…he only had one interception all year…and is an outstanding runner and the freshman Tua Tagovailoa is an outstanding passer and better than average running QB…they’ve got complementary skillsets and I’m sure Coach Saban will figure out how to make best use of both.

It’s a long time until September when the games start up again…but we’re so looking forward to it.

Our local eaglets seem to be thriving…at least they’re both growing rapidly and they’re a bit over 2 weeks old today. Here’s a screen capture of Harriet and the two eaglets sitting on the nest this afternoon. One is sort of huddling underneath momma and the other is down at the lower right corner of the nest.

Not much else going on here…we ordered ourselves a Sleep Number bed which arrived today and will get installed by Neil tomorrow. Also ordered a couple of new folding chairs for our dinette…one of the originals broke so we bought the better quality ones that New Horizons is now providing. Our LR ventilation fan broke…the control board failed but we have a new one on the way. We also had a failure of our black tank level gauge sensor…long story short is that Neil was in idiot and broke it…but again we have a new one in hand and installation of the sensor, new fan board and whatever other trailer projects come to mind.

Ok, on to interesting stuff found on the net. 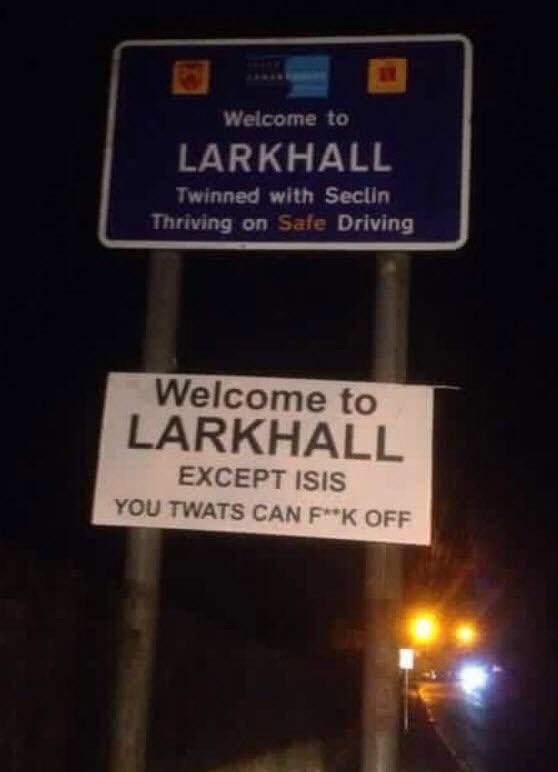 Shark stepped on a Lego.

Obviously Boeing has a critical design flaw in their plane. It’s a tragedy I tellya. I was confused but now it’s become clear.

And finally…this is a shot from the Balloon Fiesta we attended last fall…not one of our shots but taken from one of the balloons after liftoff. We recognize a bunch of those balloons so it was obviously taken this year…based on the perspective it’s very nearly overhead from where we were camped while attending.