Sorry ‘bout no posting for 2 weeks…but we been kinda busy with life.

First and foremost…I need to wish my staff (Connie and Neil) a happy 42nd wedding anniversary…it’s today and as Neil told her when they woke up this morning…it’s the Ultimate Anniversary…go back and read the Hitchhiker’s Guide to the Galaxy trilogy (of 5 books) by Douglas Adams and you’ll get the reference…it’s on page 16. Neil says he would do it all over again…as does Connie…but I say they gotta stick together ‘cuz nobody else would put up with either of their idiosyncrasies and annoying little habits…and he’s got a lot more of those than she does. They’ve got a dinner out scheduled at Che Tito’s here in town…an Argentinian Italian place…apparently there’s a lot of Italian influence in their food as many Italians migrated there back in the day…who knew.

We had a quick trip up to Sarasota for a Sarasota Symphony Orchestra concert…and lots of setting up, cleaning, Elks stuff and the like to keep us busy. We ordered and received our new iPhones…decided to upgrade after 3 years as our batteries are starting to lose capacity to the point where we have to charge them to make it through a full day…and between that and the improved performance and new features we decided to upgrade. Apple has a program where you pay interest free spread over 24 months rather than pay all at once…and with the cost of new high end phones these days that makes paying for them easier…at about $97 per month for the two of them that won’t really affect our cash flow at all.

We broke down and went to the Elks Lodge monthly meeting the other day…guess I can’t really talk in detail about what went on but it was mostly to do with the lodge building structural needs and interior design stuff…there was also an initiation of new members at the same meeting…who thought that would be a good idea…so the meeting ran very long.

After considering our options during this last travel season…we frequently found that there was no Elks Lodge nearby most of our campgrounds but that there was almost always an American Legion post closer…so we spent the $40 to join the American Legion…that will give us more options for cheap brewskis along the way. Next season we’ll keep track…we also considered the Moose Lodge and the VFW as additional options…we’ll see after another season if joining one or more of those makes sense.

Neil got out and washed the rig and both Big and Little Red…had to break it up over 2 days as it got hot and was too much for him. He’s also been out on 4 or 5 bike rides…trying to get back up to feeling comfortable after long rides but after a summer of no riding he’s able to do about 10 and is pretty wiped afterwards…another half dozen or so and things should start to improve.

He also fixed our bedroom vent fan…the raising mechanism was worn out and although he received the parts when we visited the human kids back in late October he needed a coolish day to go up on the roof and take care of both that and several other roof related items…he likes to wait late enough in the morning so that the dew has evaporated as he hates to fall off the roof…but also needs a cool enough day so he doesn’t melt up there. Finally got that done yesterday along with reinstalling the wind sensor for our weather station, redoing the electrical connections to our satellite dish, and verifying that we need to replace both our awning fabric and all of our slide toppers…the awning is 7 years old and the seams are coming apart; he’s sewn them back up and covered with silicone but it’s time. The slide toppers are all a casualty of the many windy days up in Canada…their seams have also given way where they attach to the rig. He’ll coordinate with our local repairman Gordon and then order the parts…when the arrive we’ll pay Gordon for the installation…it takes two people and Neil will be the second person rather than pay another $75 an hour for him to bring a helper.

It’s been hot…we’ve had the A/C units on most of the time since our arrival…I think we’ve had the windows open all day and through the night maybe 3 or 4 days and another 3 or 4 where we opened up after dark and then closed up by noontime the next day as things got hot and sticky.

Let’s see…what else is happening. There are 2 eggs down in the nest laid by Harriet after she and M15 spruced up the nest for another nesting season…they were laid Nov 18 and Nov 19 so with the 34-36 day incubation period for bald eagles they should hatch somewhere between Dec 22 and Christmas.

The adults are taking turns aerating, rolling, and incubating them although once incubation gets fully underway Harriet will be doing most of that while M15 takes a turn while she goes off to feed.

That’s about it…so see what Interesting Things were found on the net this week.

All wars should go this way.

Santa is in trouble with EU. 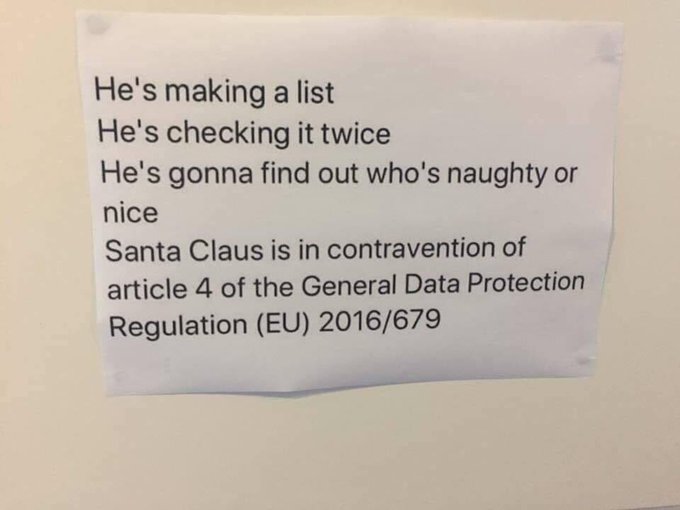 For those who still wonder who shot JFK.

5 Responses to Been Really Busy…