Cocoanut Milk…Where Have You Been All My Life

Yeah…let me go down the cooking rathole a little…because I need to brag on this some.

Neil’s been making curry for many, many years…but he’s always added plain old grated cocoanut to the mixture. So’s Connie keeps track of her email and periodically we find recipes…we always forward an email to Neil with [RF] as the beginning of the subject line and that prefix results in the email being automatically sorted via an email filter to Neil’s Recipe file.

Connie found this one named Chinese Chicken Curry the other day…and we all thought it sounded good so it went into the recipe file. Today we decided to try it. Neil thawed out a single chicken breast and in accordance with the recipe he made the following.

Cube the chicken and toss with some soy sauce and corn starch (that will thicken it later) and set aside. Then chop up some scallions…also known as green onions…in this case we used 6 of ‘em. Meanwhile Neil cooked some rice outside…it’s 90 here and we’ve got the A/C on so we made all that steam outside…and then Connie grated some fresh garlic and some ginger…we always keep fresh ginger frozen in our freezer for various oriental dishes…and he also finely chopped a Seranno  pepper…he took out the seeds so it was not that hot.

Once the rice was almost done…he sorta stir fried the chicken until it was browned but not done and set it aside. Then he sautéed the scallions, garlic, ginger, and pepper for a couple minutes…then added cumin, some crushed red pepper to give it a little more heat, garam masala (Indian spice), cumin, and curry powder. Then added a can of cocoanut milk…this is distinctly different from the sweetened cocoanut milk like Coca Lopez brand that ya make Pina Coladas out of in that it has only a little added sugar. Bring all that to a boil and then add the browned chicken cubes and cook for 5 minutes or so. The corn starch on the chicken helps thicken the sauce so it’s pretty thick and then add some cilantro…in our case we always have fresh cilantro pesto in the fridge…along with a little salt to taste. Serve over rice.

Neil’s done all of this before for curry dishes…but I gotta tell ya the addition of the cocoanut milk instead of chicken stock makes a world of difference. We all agreed that it was about the best curry he had ever made…and cocoanut milk is not on our “always keep in the pantry” list.

We have some leftovers for lunch tomorrow…but if you like curry then I highly recommend you try this instead of chicken stock or water in it…amazingly enough it doesn’t really make the final dish very cocoanut tasting…our opinion was that we would still add some grated cocoanut at the end as we like our curry to have some cocoanut flavor. We all knew it would be good…but had no idea it would be that good.

We dropped of Li’l Red at Service King today for repairs…so…knock on wood…it should be done before our scheduled leave date and won’t cause any issues for us.

I see that the Democrat head of the House Judiciary Committee had a vote earlier this week to authorize him to subpoena the entire, un-redacted Mueller report. Apparently…he hasn’t read the law…or maybe he has and is just pandering to the media the liberal base, which is more likely the case…that was enacted under a Democratic administration and Attorney General…this law and policies make it illegal to release Grand Jury testimony to the public…and also make it mandatory that a Special Prosecutor submit his report to…and only to…the Attorney General…who then releases a summary report to Congress. My guess is that the Dems know exactly what they are doing…and that what they are demanding is illegal…but they’re playing to their base and the press so that they can seem to be “the only ones interested in transparency”…in other words they’re playing for political points.

I’ve also seen in the past week or so from numerous Democrats how…Mueller is covering for the President…never mind that for the past two years they’ve been touting him as a paragon of virtue who would “bring down Trump”. Unfortunately…now that the report says there was no collusion…which isn’t actually illegal anyway…they’re turning on Mueller as a bad guy.

I realize not everybody likes the President…but as President Obama once said…elections have consequences…and the Democrats lost. It’s way, way past time for them to accept that…and to actually try to govern the country instead of demanding more investigations…at this point it’s all political and doesn’t have a darned thing to do with justice,  what’s right, or whether the President committed an impeachable offense. I’m sick of all of them.

I’m so pissed off at the Democrats…and their friends on various liberal dominated courts…who seem to think that we should be offering an open pass to every illegal immigrant who wants to come here and get benefits. Instead…how about enforcing the existing immigration laws and…more importantly…prosecuting the US based businesses who hire illegal labor. Put the business owners in jail…and enforce the law that says if you aren’t a legal us immigrant you can’t have a job in the US…if the employment opportunities for illegal immigrants dry up…then maybe they won’t come here. Sure…it might cost a little more for an avocado or to get your office building cleaned…but the first and most important reason to have a national government is to provide for national defense…and that starts at the border. Why in the hell are the Democrats interested in allowing essentially an open border and ignoring the requirement that if you want to immigrate to the USA you need to do it legally and not just swim across the Rio Grande. I’m also pissed at the Democrats who are 100% adamantly opposed to any sort of border barrier…as recently as 2000 or so both Nancy Pelosi and Chuck Schumer went public with speeches on the floor of Congress that demanded…yes, demanded…a physical barrier at the US/Mexico border. However…in today’s political environment…doing the right thing is by the wayside…it’s much important to resist whatever Trump wants regardless of whether it’s a good idea or not…the Democrats are still pissed that they lost the 2016 election…and overturning the results of that election is their primary goad.

Our friends Bill and Linda won’t be at the NHOG rally in a couple of weeks…they have had some scheduling issues and wont make it. Too bad…Bill and Neil…along with our friend Ray…usually spend at least 2 days during the rally wandering around fixing various rigs. We’ll miss seeing them…a lot…but at least they went ahead and shipped us the 2 bottles of Hell’s Kitchen Habareno Hot Sauce from Cannon’s Country Gourmet they bought us earlier in the spring…Cannon’s factory is up in Plant City FL and after they visited us in January they stopped there on the way north and bought more for both themselves and us. It’s…hands down…the best hot sauce we’ve ever tasted. We’re not interested in hot just for the sake of being hot…we like flavor to go along with our hot and this Habanero Hot Sauce is far and away in first place for the best stuff we’ve ever had. We were down to our last bottle…and now we have 2 more in reserve. Thanks a lot Bill and Linda…we really appreciate it.

We’ve got all the materials for replacing the carpet in our LR slide with hardwood flooring when we arrive in Kerrville TX for the NHOG Rally…I’ll make sure Neil…or Connie…takes some photos for posting about it later.

Connie and Neil…on the way home from dropping Li’l Red off for body work…both agreed that they were ready for winter stop to be over and to get onto travel season and some Fun Stuff…that’s called “Hitch Itch” in the RV badness…but in any event they’re both looking forward to being on the road again for 6 months of travels.

I think I already posted these…but Ima not sure so here they are again. 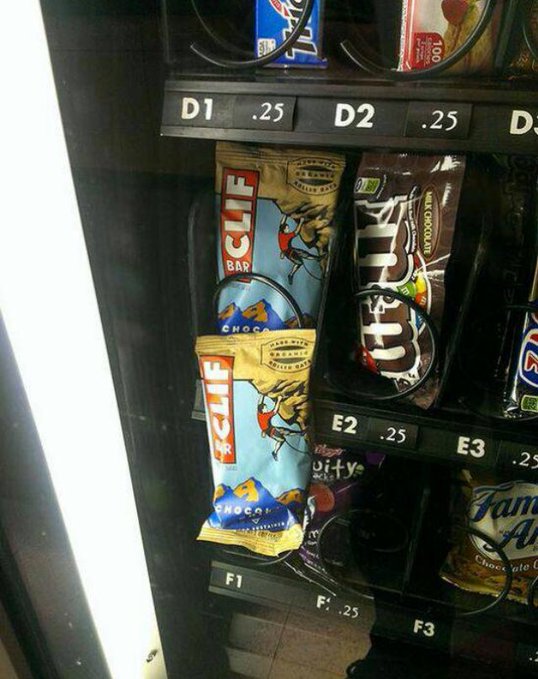 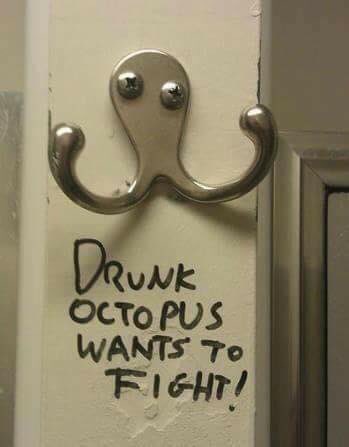 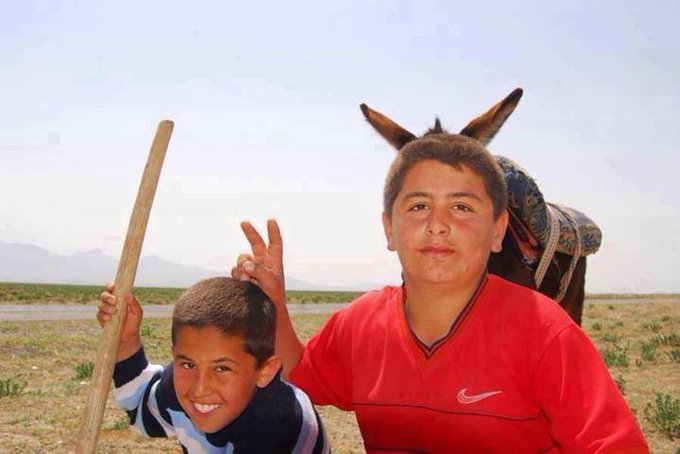 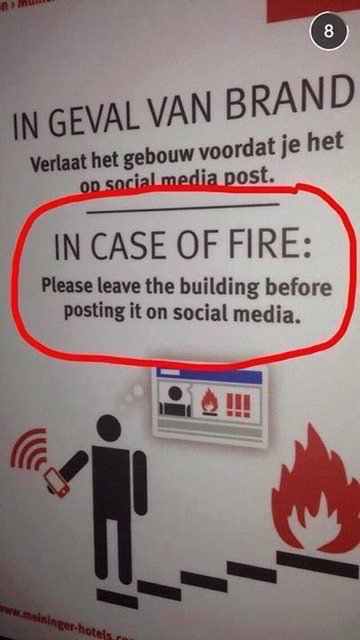 I think this might be a problem…this is a single photograph. 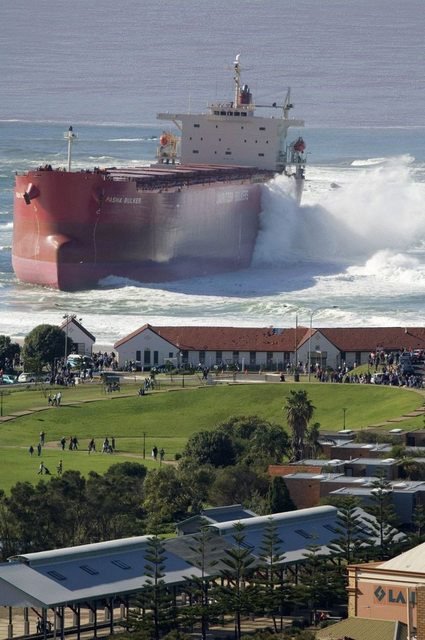 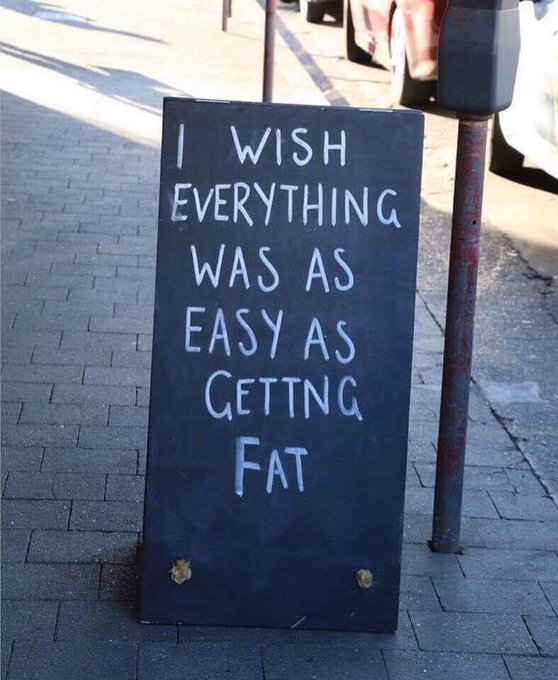 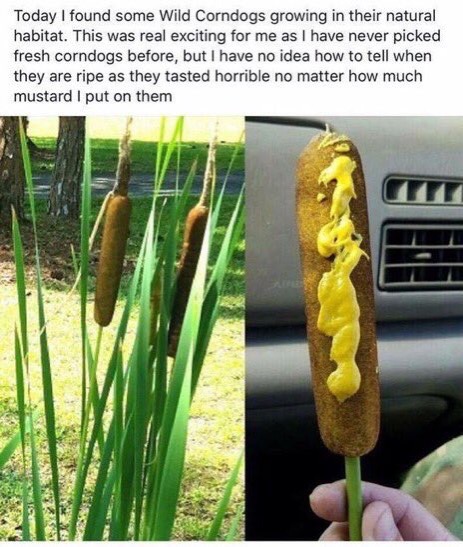