We have continued to search for our new home…and this morning we have news on that front…we’ve submitted an offer and after negotiation have a signed contract. The search was not without some drama though.

We ended up with our second choice instead of our first one. The first choice was about 2500 square feet, 4 bedrooms and 3.5 baths with a nice spa on the lanai. It didn’t have the water view Connie wanted…it looked over the golf course instead…but she was sold on the spa so we put in an offer on that one. Some research with comps on our end and with the sales history of the home revealed that the current owners had paid about 25-30K more than it was worth at the time. Accordingly…they were determined not to lose any money on the deal. Add to that an unreasonable…in our opinion…real estate agent on their end who believes in listing houses above their value to (a) increase her paycheck and (b) increase the property values in the neighborhood (again good for her as she lives there as well). Their agent justified the list price using comps that were based on list prices instead of actual sold prices…which everybody knows isn’t the way that comps are supposed to work. However…in her world…that is the way they work hence they wanted about 20K above market value based on actual sold comps.

So…we offered less than actual market value and figured we would negotiate to the middle to match actual sold prices. They rejected our offer as insulting…but did lower their price by 10K while simultaneously deleting the furniture (it was listed as partially furnished) so deleting the furniture and lowering the price 10K really didn’t change the price. Further…they stated that their initial counter offer was their final counter offer and we could take it or leave it. Long story short…they and their agent are jerks…wanted to use another word here but this is a family blog ya know.

Based on their jerkiness and the fact that it would continue to be a battle with them arguing over everything through the inspection, appraisal, and closing…we moved on. Connie was disappointed but decided it was for the best, everything happens for a reason, and that if we were supposed to have that house it would have worked out…so she got over it and we moved on to our second choice. In reality…it was more house than we really needed but the spa was nice.

We moved to our second choice…a 3 BR 2 bath very similar floor plan to the first choice. No spa but plenty of flat yard to expand the lanai to add a screened patio and we could actually put in a spa without expanding if we wanted to. It also has a nice water view of a pond behind the house.From Neil’s standpoint…the kitchen and great room/living area is better anyway as it’s more connected into a single space…not to mention that at a bit under 2000 square feet it’s more in line with what we originally wanted…at the start we wanted 3BR/2 baths but the spa enticed Connie

Offer submitted, negotiations and accepted. Unfortunately the same agent listed it as listed the first choice…but the owner was more reasonable…and Connie is ready for the whole thing to be done so that’s what we did. She doesn’t feel like she settled for less than what she wants but wasn’t interested in over paying and dealing with jerks no matter how much she liked the first choice.

We had a nice dinner down at Marker 92 Restaurant last evening for her birthday…the food was pretty good but it was an hour drive each way so hopefully she will not pick it again for a couple of years…and even then we might go have lunch instead of dinner so we don’t have deal with the rush hour traffic to get down there…the food’s good but maybe not good enough for 2 hours of driving to get it. The Argentinian/Italian steak place has better steaks in our opinion. There’s no view but then if it’s after dark there’s no view of the marina at Marker 92 either. And most importantly…the glasses of wine at Che Tito’s are much, much bigger for the same price…and the wine is better. Nice imported Malbec from Argentina for the same price as a smaller glass of house wine at Marker 92. Traffic in North Fort Myers has picked up considerably in the 8 years we’ve been coming down here. The road out to Pine Island used to be pretty much empty but there are entire neighborhoods and large shopping centers almost all the way out there now with the attendant massive increases in traffic load. There are several spots now where it takes 3-5 cycles of the light to get past at rush hour.

Hasn’t been much fun stuff…so here are a couple more from Neil’s trip down to the eagle nest from last time. 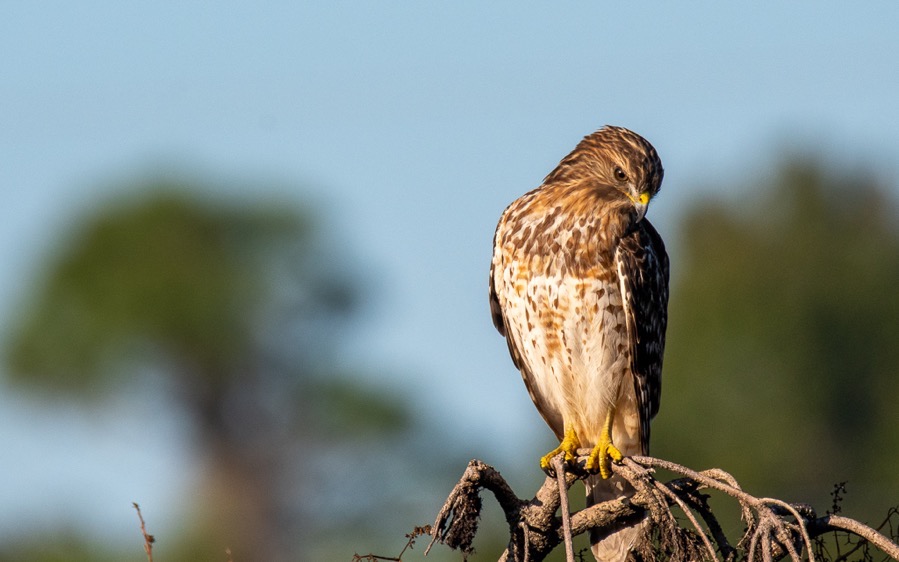 You can’t really see it in these two shots…but it was struggling to get airborne with the dead bunny. 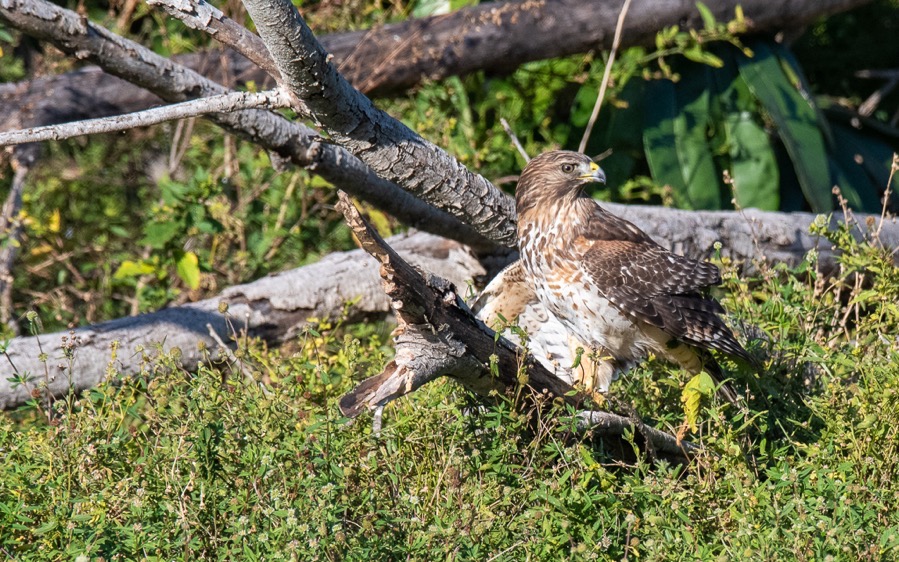 Harriet just about to grab the 2 wire on landing.

It’s past Thanksgiving…but these are appropriate for that holiday. 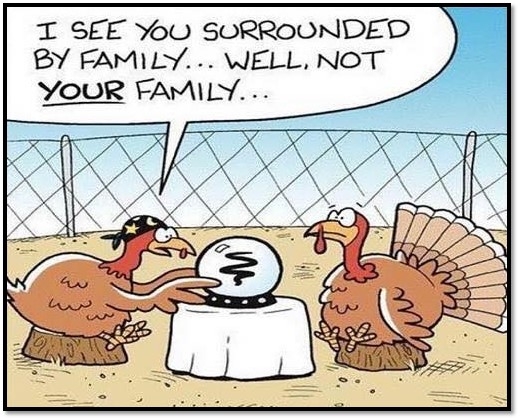 From the Unfortunate Paint Job Department 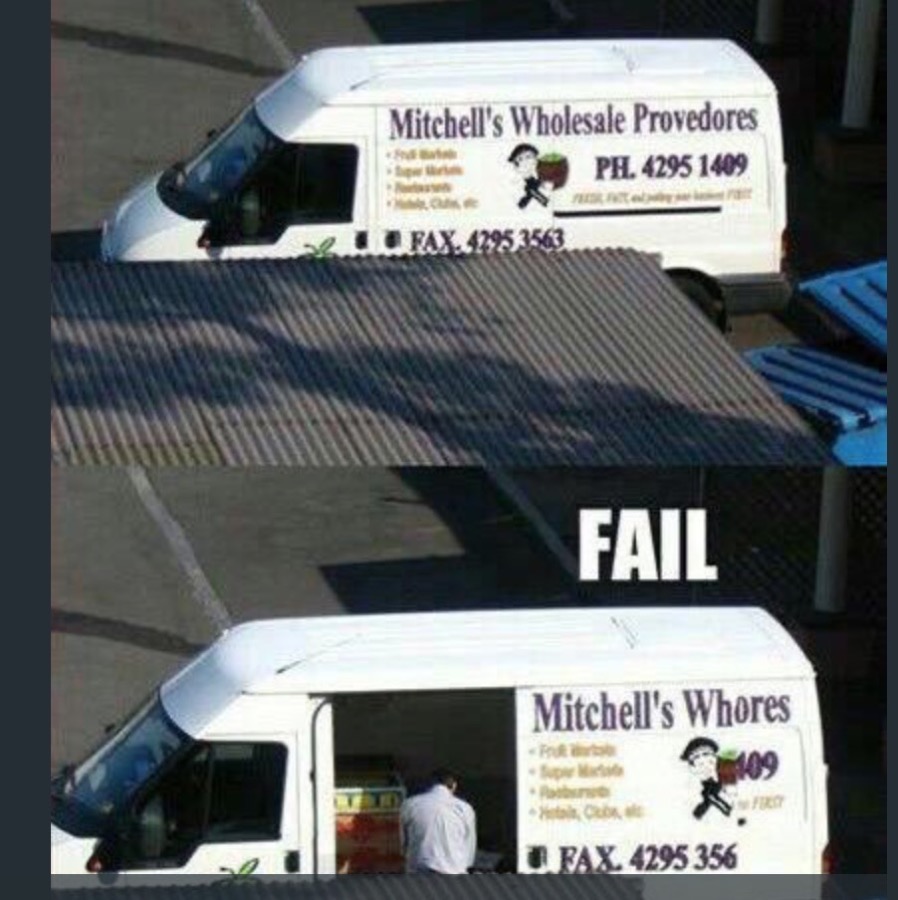 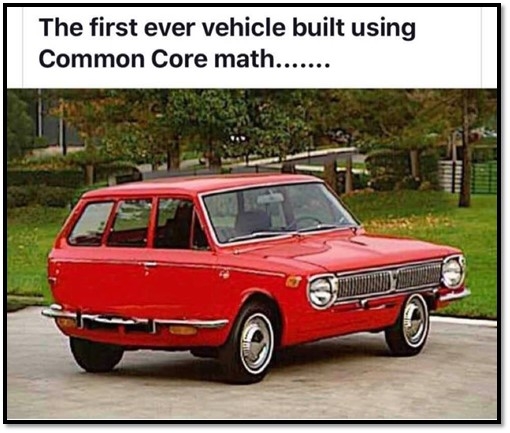 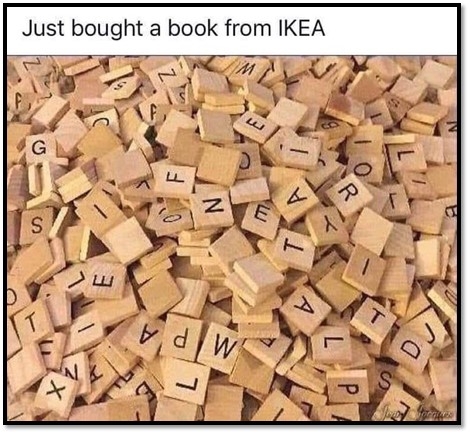 And from the
Science Alert Center…

Atoms…although you might not know it…are almost all empty space with the nucleus being much smaller…about 100,000 times smaller…than the total atom size which is represented by the orbits of all of it’s electrons…to put that into scale if the atom was the size of a baseball stadium the nucleus would be the size of a peanut…although whether that’s the whole unshelled peanut or just one of the nuts inside the shell is not specified in the article. So…if you could get rid of all of the empty space which is 99.9999999% of the space in each atom…how much space would you take up?

Kinda makes ya feel small…don’t it.

And finally…is there anything a pretty girl can’t do? Heck…it restored this blind guy’s sight.