Yeah…I know it’s not really an original post title…but it pretty much fits.

We had our house inspection…and after some discussion between Neil and Connie they called our agent and gave her a list of what we wanted them to fix…we skipped overall the cosmetic stuff but the 3 things that were actually broken/didn’t work we figgered they should fix. The agent wanted us to just accept the inspection results and pay to fix everything ourselves…’pparently that’s the way it’s done down here…but after 6 total home buying experiences (3 buyer, 3 seller) in 3 different states before we figured that the report was a negotiating point. One of the windows was broke in that the retaining spring that holds it up wasn’t attached so it won’t stay open, there is a roof tile broken, and 3 of the 7 ceiling fans didn’t work. The spring is the only hard one though…that requires a repairman. The tile…well, roof tiles are only decorative as the underlying seal is what actually keeps the water out…is relatively simple to slide in a new tile and seal around the edges. The fans…are most probably just dead batteries in the controllers as there are no normal switches on the fans…but again it could be the fans. We insisted on the addendum and after a day or two the seller agreed to fix those things so we’re waiting on them to finish.

Meanwhile…the mortgage process rolls on…we still need the survey and elevation certificate before we can start the insurance policy. Neil has found all the info for turning all the utility accounts on and talked to the financial folks so we have getting the down payment and closing costs out of investments all figured out. Closing is scheduled for 1/15 and then after that we’ll start moving in.

Connie is going to check with her friends who live down here and find out which is the best furniture to go see. They’re going up to Port Charlotte to see…Neil really likes this name…Waterbed Willie’s…they slept on a waterbed for their entire married life until 2012 when we hit the road and would prefer to have one of those again. Apparently the state of the art in waterbeds is much more sophisticated than the old bag-o-water in a frame from the olden days…but they need to go and see what exactly is the state of the art these days. If that doesn’t work out…they’ll probably just get another Sleep Number like they had in the rig…it’s right comfy to sleep on…but not up to the standard of the waterbed they were on for so many years.

We’ll also need a new TV…but luckily our friend Bill is (a) an ex TV guy so he knows both the broadcast and reception ends and (b) just bought a new set for Linda and himself a few months back and (c) he’s an engineer so like Neil he does copious research before buying anything more complicated than a Big Mac…so we got some recommendations from him. Basically…it boils down to “get the biggest one you can” and “get the high end model, you won’t regret”. He’s right about both of those of course and we can afford whatever we really want…but I think we’ll pass on the 105 inch model as just too darned big. We were thinking 65 but have seen his 77 inch model so we’ll have to see.

We also need some new IT toys of course…a router, desktop file server and associated network gear…Neil’s in charge of picking that out. There are some mesh wifi systems available these days but he thinks that before he goes that route he’ll try a high end standard router…he’s planning on running an ethernet cable back to the office for the server/desktop anyway and everything else that needs to connect will be in the main kitchen/great room area  anyway. He’ll probably also upgrade his laptop during the transition as well…with them planning on overseas travel he wants to have one with sufficient drive space for all the photos he’ll accumulate during a trip and that will be up to about a half a terabyte or so per trip depending . Maybe a Network Attached Storage (NAS) is in his tech future as well. Internet will likely be cable as will be TV…basic cable is included in the HoA fees and while DirecTV antennas are allowed it’s hard to justify 180 a month for that and another 75 or so for internet when the additional cable packages and internet will be less than 180 in total. Antennas are allowed though…and they’re still gathering info on TV options. There’s also an option to cut the cord and get all of the programming online…but there are issues with that as well and you usually end up with a bunch of 10 dollar a month subscriptions to get what you want and no single guide to search all of them simultaneously so we’re unlikely to go that route.

He’s also going to need another car once we sell Big Red and the rig…but he’s still thinking on what he wants. Probably not a pickup…and Connie can’t ride in a convertible…but maybe a coupe sports car or something slightly bigger and comfortable enough to take driving trips in though…he’s starting to research alternatives.

Let’s see…other news. Nah, really not much else going on…so let’s move on.

Just in case you’re wondering…a US submarine is pretty hard to sink as indicated by the photo below. This is of the USS San Francisco…a Los Angeles or 688 class attack submarine. Back in 2005 about 360 miles southeast of Guam on the way to a port call in Brisbane Australia…they finished operations and with the captain’s approval went down to 525 feet depth and all ahead flank (maximum speed)…this is generally available on the internet at 33 knots or about 37 miles an hour (a knot is 1 nautical mile per hour or 1.125 statute miles per hour). The chart they were operating on dated fro 1989 sounding survey data and showed a water depth of 6,500 feet and no navigational hazards. After the fact investigation showed that there was a peak coming up to within 100 feet of the surface…note that this is significantly shallower than 525 feet. Well…the ship ran smack into the side of the peak and essentially came to a complete stop with 98 of the 130 crew injured and one fatality who fell down a ladder he was climbing at the time. The ship emergency surfaced and limped back into Guam for repairs. While the outer hull, forward ballast tanks, and sonar dome were severely damaged…the pressure hull was intact and it limped back to Mare Island CA for repairs. The bow was replaced by the bow from another decommissioned 688 and the ship served another 7 years before retirement. The shot is of the ship in dry dock in Guam before it went back to the mainland…the green area is the forwarded of the pressure hull and the smashed area in between the blue tarp and the green area is the remains of the formerly 18 or so feet diameter 4 inch thick steel sonar dome. The very front under the blue tarp is the remains of the 3 inch thick fiberglass bow dome which is used on current ships as it provides better acoustic performance and is lighter than the former steel bow structure.These ships are built tough…here is a
link if you want to read more about the grounding.

How am I supposed to try the sample at Costco? 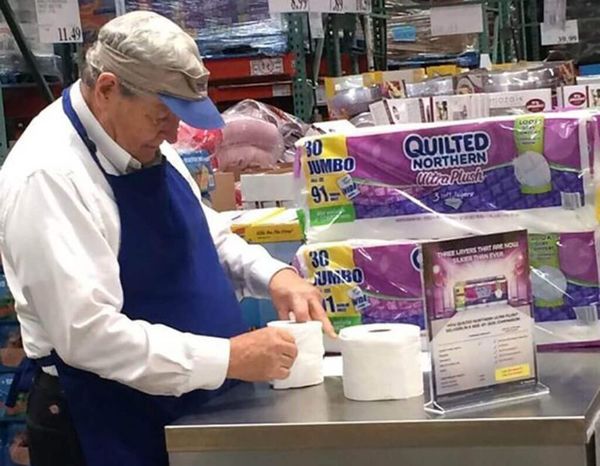 This is Bjarnarey Island…it’s part of the Vestmann Islands which are south of Iceland a bit. It is one of 18 islands that make up the town of Vestmannaeyjar…the population of the entire town/archipelago is 3. I’m not quite sure how you get onto and off of the island unless there’s a lower piece around the back side…don’t think so though…I googled and it appears there’s a trail down the side of the cliff with guide wires and you have to have a harness attached to them while you climb up the almost 400 foot tall cliff.

Only readers of a certain vintage will appreciate this. 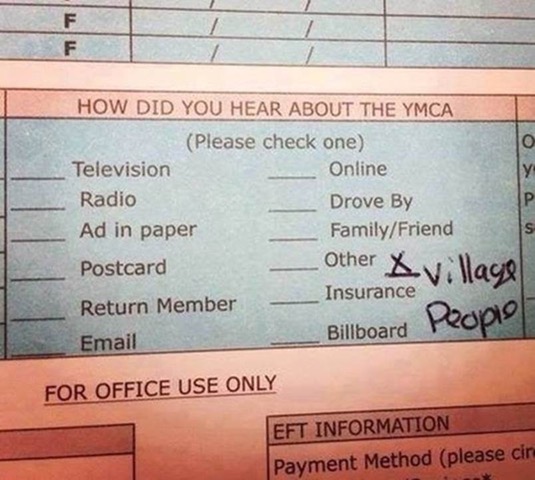 Ya know how owls up in the far northland hunt pretty by flying over the snow and using their very sensitive hearing to detect and then locate dinner as it scurries along through tunnels underneath the snow…then it swoops in silently…that’s an owl thing…and momentarily touch the ground while plunging their talons through the snow to grab dinner? This is what one of those attacks looks like after the fact…pretty cool eh?

The full time RV travels and experiences of Gunther the Bear and Kara the Dog…along with their human staff neil and Connie.
View all posts by Gunther →
This entry was posted in Homebody, RV, Travel. Bookmark the permalink.