Today was supposed to be a nice day so after coffee, breakfast, and the bike race we took a look at things to do. We pretty quickly decided that a hike in the Shell Mound area of the Lower Suwannee NWR fit the bill perfectly so we had lunch sitting out on the dock here at Low Key Hideaway and then headed off; grabbing a shot of the entrance to the Low Key Hideaway on the way…this distance marker shows the distances to various places around the world from here. Our favorite is Tiki Bar – 50 feet.

The Shell Mound area is an archeological dig area that is essentially a very early version of a land fill. It encompasses over 5 acres and is 28 feet tall and is composed entirely of oyster shells and deer bones that were the trash from hundreds of years of the Indians living here. They piled all of their empty shells in the same place near their villages and the result was what is now known as the Shell Mound. It took over 3500 years to build up and hosted numerous indigenous tribes collectively known as the Shell People from about 2500 BC to about 1000 AD

Our first hike was about a 1/2 mile loop around the mound itself known as the Shell Mound Trail. Heading out, here is the view from the top of the mound itself out towards the Gulf of Mexico.

While out at the south end of the mound we spotted a whole line of seagulls lined up on a sandbar a bit offshore. There were at least 3 or 4 species in there that we could identify. 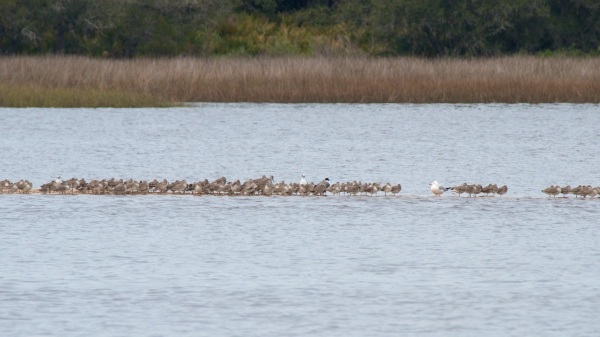 Out second hike started at the same parking area but went northeast rather than south towards the Gulf; this was the Dennis Creek Trail. Shortly after the hike started we crossed a little area of grasslands 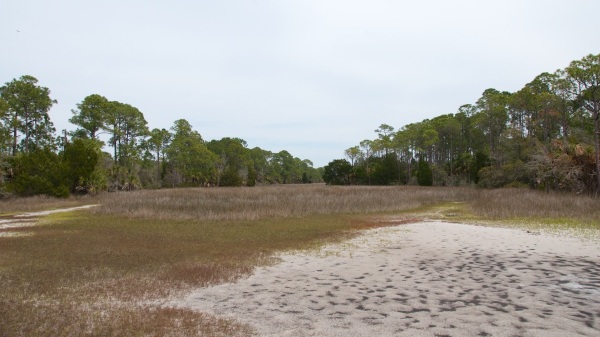 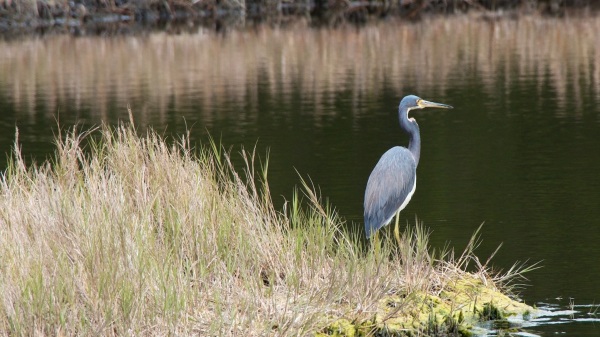 and some sort of duck…we eventually decided on Northern Pintail although we weren’t sure.

Shortly after the pond Connie spotted this Osprey sitting in a tree a couple hundred yards out.

and then we spotted the extremely rare Stump Bird. We came around this corner in the trail and spotted the silhouette of what we were sure (originally) was a bird but then realized it was just a bit of limb stump that resembled the tail feathers of a bird.

Shortly after that we ended our hike and headed home. Before getting a shower and easing over to the Tiki bar for beer o’clock we decided to sit out on the pier for a bit to see what sort of bird life might wander by. Pretty quickly we were rewarded by the sighting of a pair of Ospreys…we decided they are nesting in this pine tree a couple of hundred yards from the park. One of the pair posed quite nicely on the cabin of an abandoned boat right off of the pier

while the other soared overhead…clearly both were fishing for dinner.

Here is the abandoned boat without the Osprey 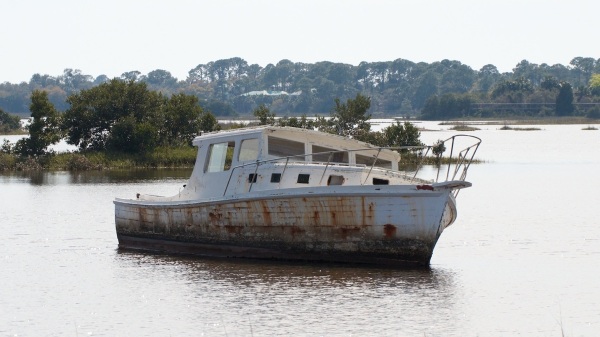 and here is the soaring one in a hover while we hoped he would stoop for his dinner…unfortunately he changed his mind and flew off.

Next a Ring Billed Gull flew by 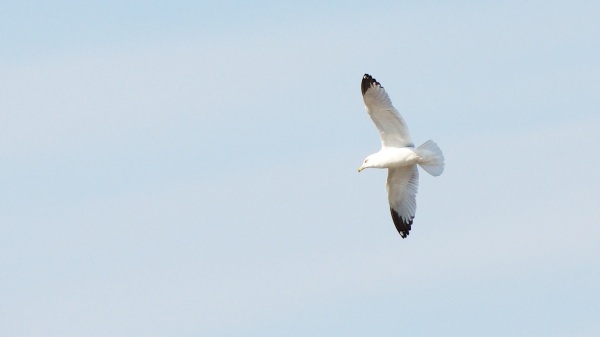 and then it was  time for showers, beer and dinner which was seared Pork Tenderloin with green beans, cheesy corn, and mashed taters. After dinner it was TV, email/web browsing, and bedtime.