So…what have wee been up to? Not much I tellya…not much. We did get our slide topper fabric replaced…slide toppers are those little awning things that unroll over the tops of the slides as they extend…they keep leaves and such out of the seals and hence out of the inside. They’re going on 3.5 years old and are just dry-rotted from the sun. The parts were about 850 bucks and Neil paid the RV tech here in the park to install them…he helped as two bodies are needed but now he knows how to do it so the next time we’ll just order the parts and do them ourselves…I can see Bryan helping him out next time they need doing…or maybe our friend Bill if we happen to be co-located when they need doing, you have to have one person at each end of the slide out to take them off and on.

Here’s a shot of our setup in site 101…you can see the slide topper over the top of our living room slide (Ed. This is a shot from a year ago when we arrived…Neil took a shot but it was after we put the awning sun shades up and you can’t see the slide toper on it…so I cribbed this image from last year. This year’s setup is identical with 2 small changes. First is the Alabama Crimson Tide garden flag that he has up near the corner of the patio. Second is that we switched the parking places for BAT and the Mazda so BAT is backed in here the Mazda is in this shot. This gives us more of a little sitting area on the gravel between the front of the rig and the car where we can have campfires and visit with folks.). You can tell it’s an old shot since there are no solar panels visible on the front of the rooftop. 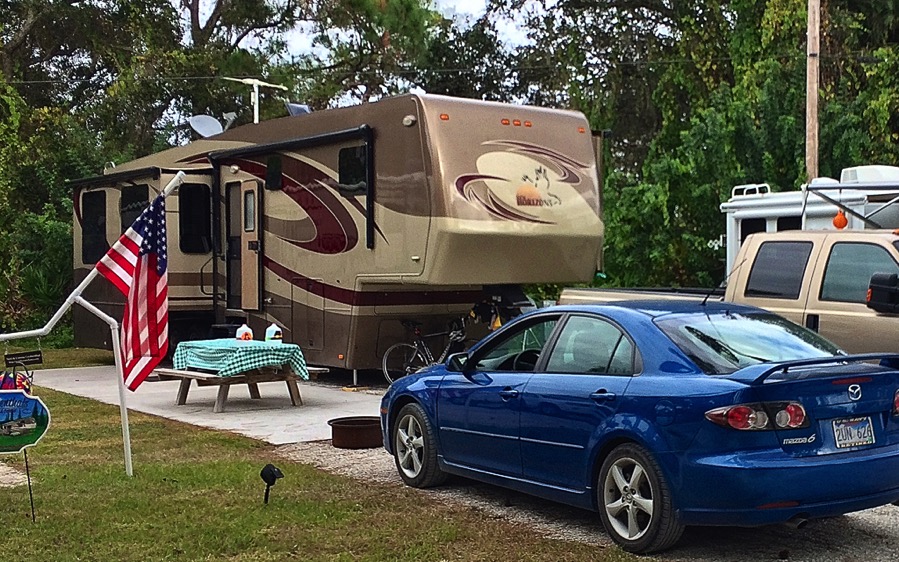 We ordered and received a replacement trim strip for under our bedroom…it got damaged not on the caravan to Alaska but in TN way afterwards. We went around a hairpin uphill turn on the way to Cove Mountain Campground in the Smoky Mountains and bumped the strip onto the top of the bed rail of BAT. The part/painting was $85 and the shipping was $130…UPS really gouges you for long packages and the total trim strip is 8.5 feet long. New Horizons packed it inside an awning shipping tube…but UPS proved up to the task of breaking even the most durable package and bent the new strip into a pretzel. After a couple of back and forth emails with New Horizons Neil ended up just asking for a refund…the only solution they had was to build a wooden packing crate…and at $130 to ship a 12 pound cardboard tube he doesn’t even want to know how much shipping a crate would cost. He will just look locally and find someone to form/paint one for us.

Here’s what the busted strip, package, and replacement strip look like.

Damage is limited to the strip and really only about a foot of it needs replacing.

This used to be a straight cardboard shipping tube. 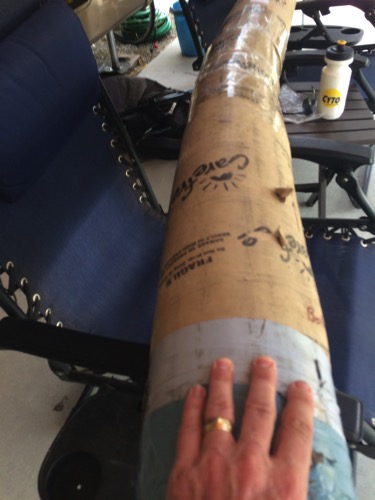 This is supposed to be a long straight strip with each end bent 90 degrees for about 5 inches. It’s good for nothing now.

Other than that…we’ve not really done anything. Neil keeps checking the eagle cam to see if Harriet and M15 have eggs yet…they keep mating like…well rabbits but they’re eagles but you catch my drift…but no eggs yet although she is keeping close to the nest and M15 is bringing her food so the ‘experts’ on the eagle cam blog say she’s gettin’ close. Bingo (Connie won last $50 night), bike rides, work for her, and various small projects around the house for him is about it.

The only thing we can absolutely guarantee is that it won’t be 17,000 miles like it was in 2015…thatsa long way ya know.

April 15 – Depart North Fort Myers with our first planned destination the New Horizons Owners Group (NHOG) in Chattanooga TN from May 16-20. We actually have some tentative plans for the intervening month…but they aren’t firm yet and if I told ya about them then I would have to kill ya…and that would be messy. For now…let’s just say there is a minor change coming (Ed. Nothing serious of course says Neil. But until things are firmed up a little more mums the word.)

May 16-20 Chattanooga Rally. After that we’ll head across to Midlothian VA to see grand baby Alex and parents for a week then after a few days stop in Manassas VA to see the financial guy, eye doctor, and Connie’s work we’ll head north about June 1. We’ll spend a little time in upstate NY somewhere and then along the Maine coast with plans to cross the border into New Brunswick Canada about June 20.

June 20 – Sep 1. Tour through the Canadian Maritime Provinces. We’ve already been to Halifax back in the spring of 2012 so will concentrate most of our time in other parts of New Brunswick and 3 weeks over on Newfoundland. We (Ed. Well, Neil will anyway.) will have a week or so in the Halifax area while Connie heads off to her ASCLS Annual Meeting…flying out of Halifax will make her connections easier and she’ll spend less time on the plane and in airports that way.

Sep 1 -Nov 1. This part is almost completely unknown at this point…we will need to stop by Northern VA again for dental cleaning…we’ll be due by then and going back to our old dentist is easier than finding one on the road at random. We’ll also visit Alex/Bryan/Jen again but have no real firm plans beyond that. My guess is that we’ll spend a few days in the Boston area as it’s about 2 days travel south from coming back across the border then another 2-3 days to get to Manassas then another day to get to Midlothian. That puts us somewhere in the vicinity of Sep 25 leaving to head south for the winter. We have plans for a week in Jacksonville again at the Pelican Roost RV Park on Naval Station Mayport and then the last 10 days of October in Cedar Key at the Low Key Hideaway before arriving back in SW FL. Once Neil starts to do the miles/days/detailed planning we’ll pick some places. Connie really liked Parris Island SC, we both like Charleston (although we’ve been there many times) and he’s toying with the idea of Savannah for a few days as well. Mostly we’ll just be moseying south at that point.

I can tell you that we won’t be doing the death march thing like the RV caravan’s tend to do. Looking at the geography of the Canadian Maritimes…the mainland portion is maybe 300 miles by 300 miles and the northern third or so is pretty sparsely populated. Rather than the drive 2 days out of 3 we’ll plan on staying fewer places for a week at a time and during each week we’ll do Fun Stuff© within about 75 miles or so of the campground. Neil’s parceled the stops out so that the circles around each one cover most of the land mass. Newfoundland is about 125 miles each way and we’ve got 3 weeks slotted in for that portion of the  trip…again with probably 3 or 4 campgrounds spaced around so that we’ve got easy day trip drivability to most of the island.

Total mileage for these is about 9,000 and only about half as many campgrounds as we had this year since we’ll be staying longer instead of caravanning.

Neil’s working on some statistics for the travel year for me…I’ll have my usual end of the year summary post up later on.

No post would be complete without some photos…and since I don’t have any new ones here are a few from our 2015 travels that ya haven’t seen yet.

Piston and piston rod from a diesel engine out of some engine…the pistons are about 15 inches in diameter and 3 feet tall.

One of the many glacier silt laden rivers…you can tell by the milky color…might be the Yukon pretty far upstream where it’s still pretty narrow but I can’t remember as there were a bunch of them. 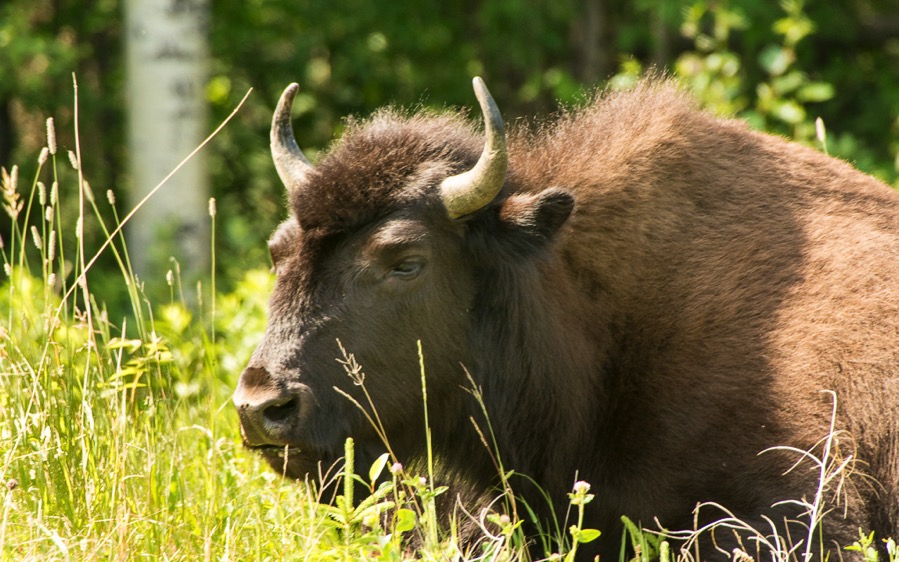 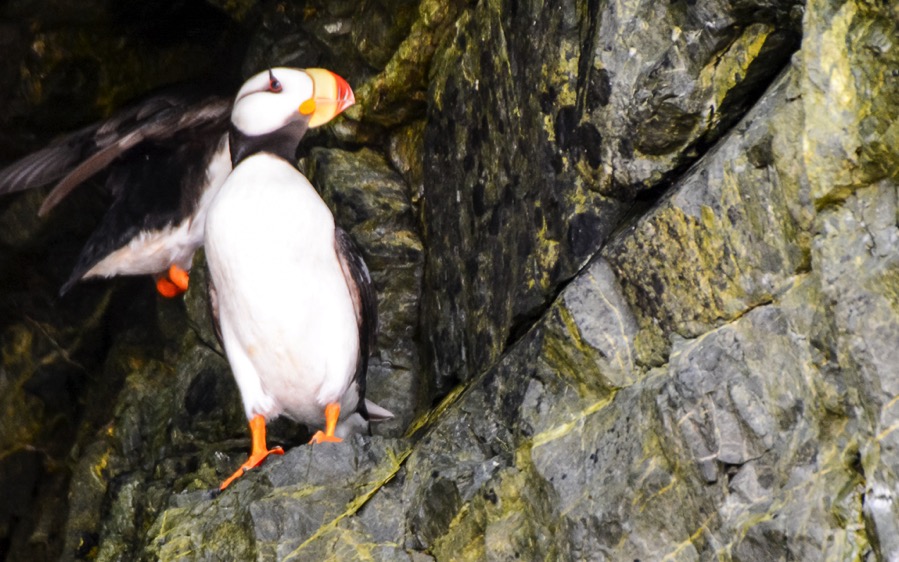 This looks much more like a southern FL swamp than a Hyder AK swamp…but it’s actually from the latter…Great Blue Herons and everything.

Not Ozzie or Harriet…but it is a nice eagle shot. He/she was giving Neil careful scrutiny even though there was about 30 yards of rushing river between them. You’ve seen some other shots of this particular specimen in flight earlier in the year…but he spotted this staring shot as he was looking for something new.

One of Neil’s fave shots of the year…in the Smoky Mountains in TN on the way south. 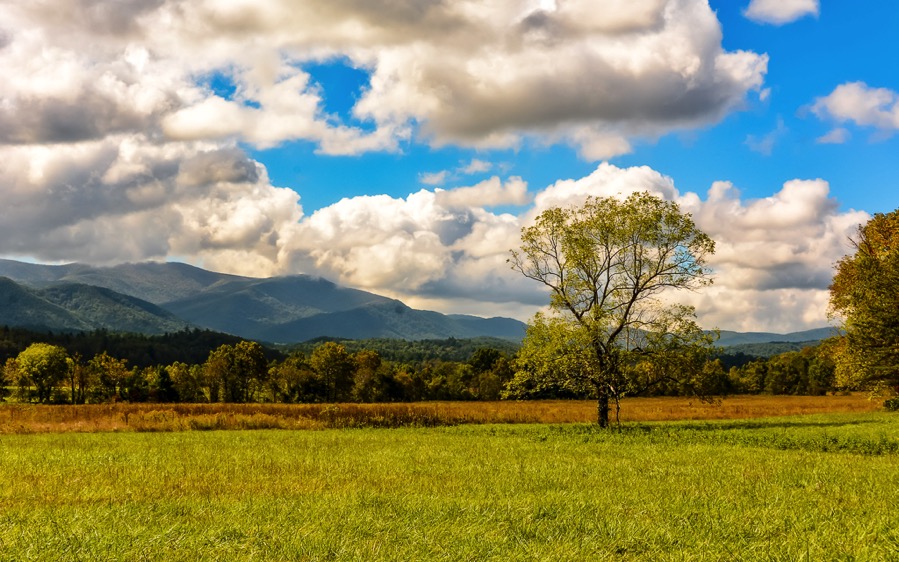