Well…another travel season is in the books…our longest yet. We’ve now been on the road 4 travel seasons and are in the midst of our 4th over-winter at Seminole Campground in beautiful North Fort Myers.

This area has really grown to be a favorite of ours…after our first winter with Connie singing in the choir at St. Andrews and finding the director a little free form for her taste we moved the second year over to St. Therese parish which is closer anyway and she likes the choir director much better. In addition…the pastor is nicer and it’s much less of a mega-church feel than we had the first year. We went ahead and joined St. Therese this year as parish members since we found out that they were happy to have part time residents as members. What with the church, Neil joining the Elks Lodge here instead of maintaining membership back in the Fairfax VA lodge it’s really more of a winter home while full timing than just another place to visit.

When we departed here last April 1…we journeyed up the east coast with stops in Jacksonville; Parris Island, SC; Camp Lejeune, NC: and Dam Neck, VA…all at military base campgrounds…before arriving in the Richmond VA area where we stayed at Pocahontas State Park again…and visited grand baby Alex along with his parents for a few days. From there it was off to the RV-Dreams Reunion Rally in Marion NC before we set off our trip to Alaska. 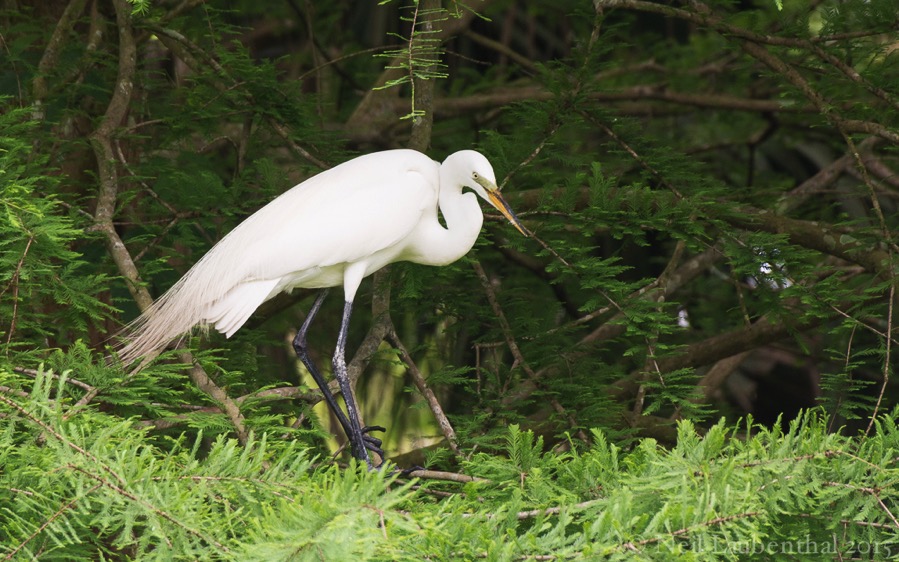 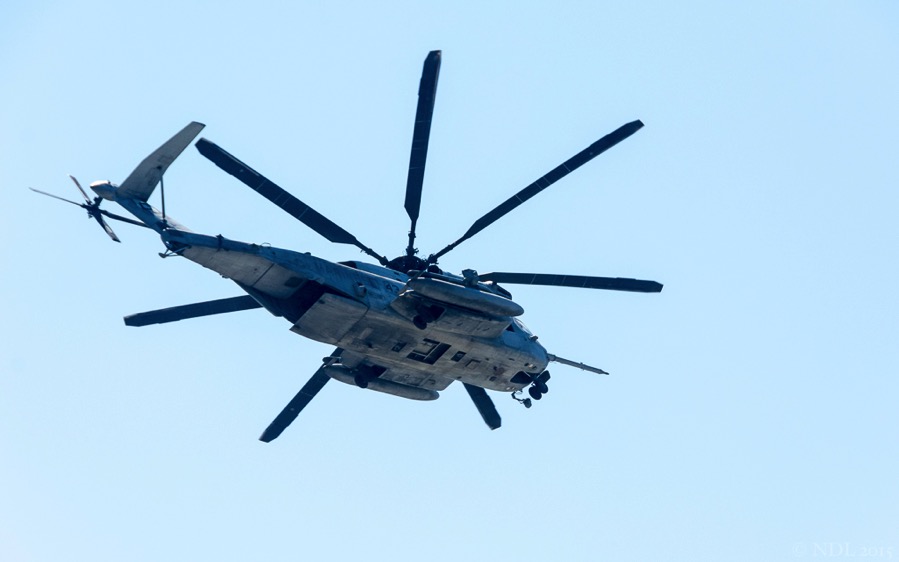 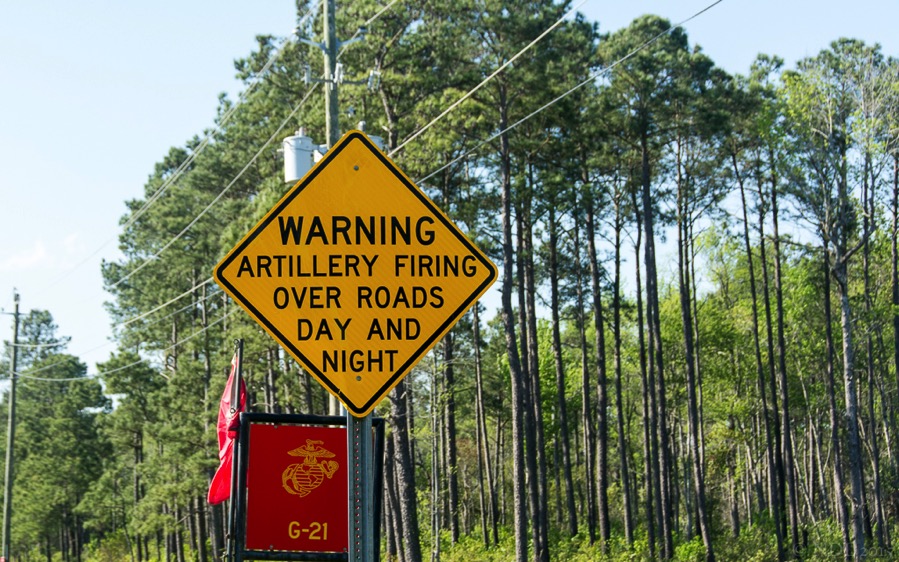 After the really we headed up through NC and WV to Elkhart IN for some trailer brake repairs before heading up through Illinois and Wisconsin to Minneapolis NN…where we stayed at the KOA for a few days and visited Minneapolis and St. Paul. From there we continued into North Dakota with a stop at the Teddy Roosevelt National Grasslands near Medora ND…boondocking at a very nice park near the river than continued north into Saskatchewan Canada then made our way westward through Edmonton to the starting point for our 60 day Alaska Caravan in Dawson Creek, British Columbia. Along the way we met up with our friends Bill and Linda Napier in Langham SK and traveled with them for the remainder of our transit to Dawson Creek and then on the Alaska caravan. 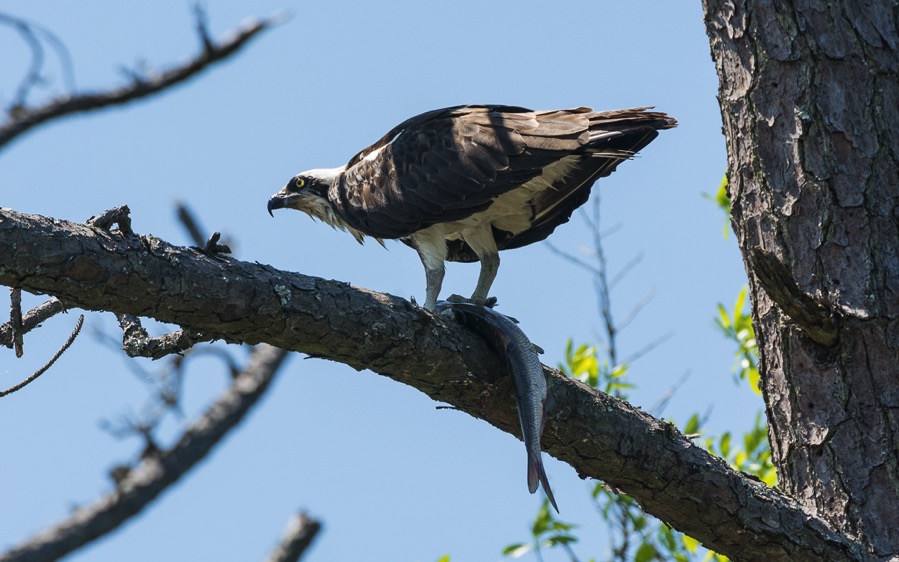 We spent the next 60 days traveling about 5,000 miles in total through Alberta, British Columbia and Yukon Canada as well as Alaska…we had a total of 8 border crossings to/from Alaska and Canada while on the trip. For those of you who’re considering taking an RV trip to Canada…we can highly recommend it. However…before you decide to go on a caravan or go on your own there are a couple of other things you need to take into consideration.

The first decision is whether to even do it with a caravan. The pros of doing so are that you’re not completely alone on the road and that somebody else has made the campground reservations for you. The cons of doing so are that you end up traveling a high percentage of the time…for our trip it was 32 travel days out of the 60 total…and since you have a schedule to keep staying longer in one place just isn’t in the cards.

The second decision is which caravan company to go with…we went with what is supposedly the least structured caravan company in the business and it was way, way too structured. In addition…in our opinion the trek master (who was also the company owner) played favorites with campground site assignments and did not really do enough to justify the hefty profit margin he collected.

For our money…you’re better off going on your own…particularly if you’re capable of changing your own flat tire on the trailer or truck if need be and if you’re a reasonably experienced RVer…I would say that if you’ve been full timing for 2 years you have plenty of experience to take on this trip on your own. The roads are actually pretty good…much better than some RVers who had not been to Alaska warned us about. Gas/diesel fuel, campgrounds, groceries and internet availability are generally available pretty much everywhere.

The biggest drawback to the caravan style is that it’s much more of a “If it’s Tuesday this must be Belgium.” sort of tour and not a leisurely trip in your RV. Sure…it’s a lot of miles and you will have to travel more than you really might want to in order to get the miles done…but of the 32 travel days we had the about 20 of them had the problem exacerbated by scheduled afternoon and evening activities. This meant that if you weren’t on the road by 0830 in the morning the tail gunner was knocking on your door telling you that it was time for you to get on the road…with a pretty good number of rigs being out of the campground by 0630. If you want to be able to enjoy your coffee before hitting the road…then maybe a caravan isn’t for you. A goodly number of these scheduled activities turned out to actually be no cost activities…but then the various operators want you to think you’re getting more for your money than you really might be.

When you add in the hectic pace, the site assignment favoritism, and the seemingly random assignment (when favoritism didn’t rear it’s head) of rigs to sites with no thought to putting big rigs in big sites and smaller rigs in the smaller sites…well, one of the things you figure you’re paying for with the caravan is to solve those sorts of problems.

Nonetheless…our operator was clearly less structured than most…we met another caravan that had assigned leaving times in groups of 3 for the various rigs and a third caravan that left all together and proceeded in a long line down the road…yuck.

To do this trip…all you really need is a copy of the Milepost magazine and a reasonable amount of RVing experience…our recommendation is to skip the caravan. There was more than one couple on our Alaska caravan that cancelled plans to go to the Canadian Maritimes in 2017 with the came company.

Anyway…our caravan came to an end 60 days later with stops throughout the Yukon, the southeast quarter of so of the Alaska landmass, and the Alaskan panhandle that extends down the Canadian coast…we hit most of the high points tourism wise in that portion of North America…Denali, Fairbanks, Anchorage, Chicken, Dawson City Yukon and ended up in Prince George. 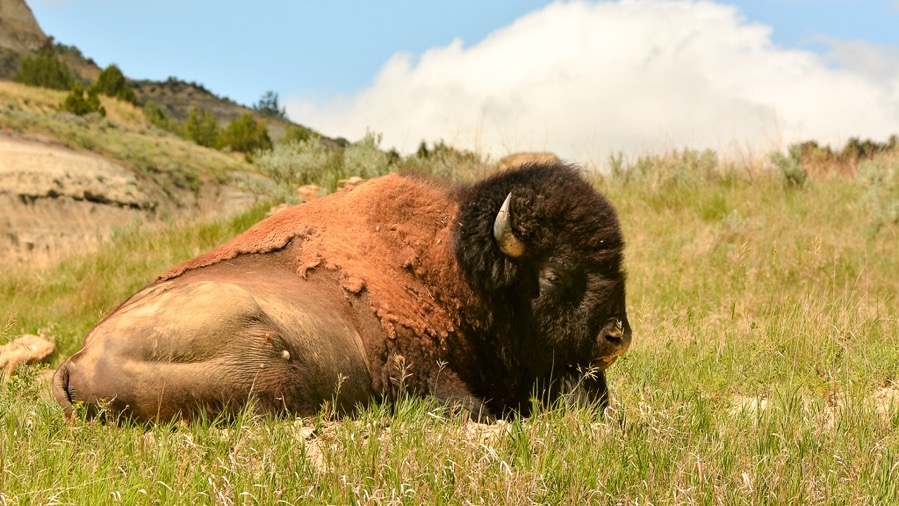 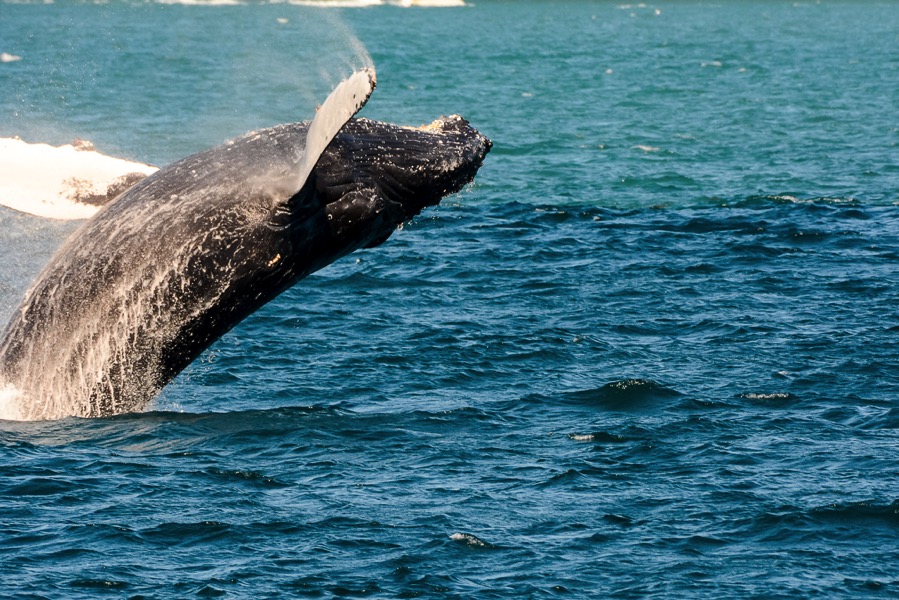 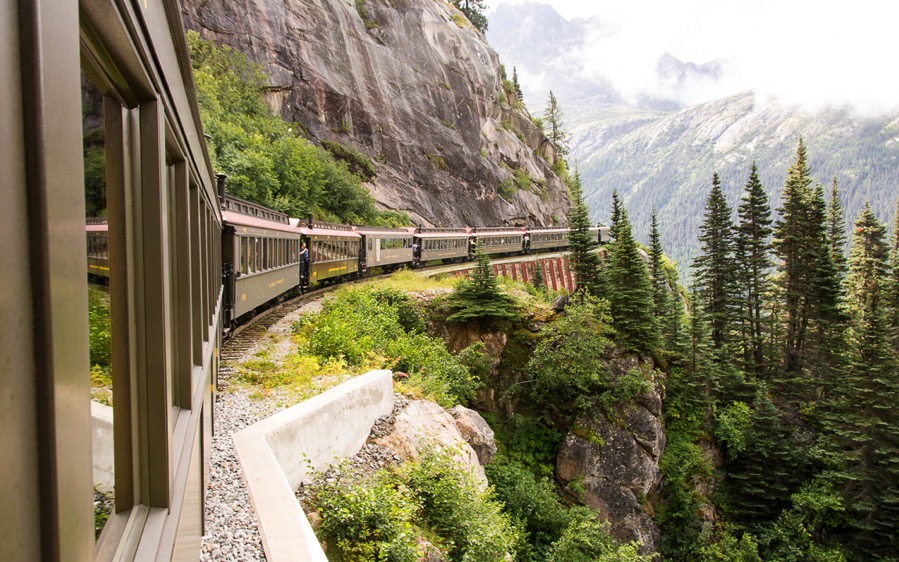 After a resting weekend we pressed on eastwards to Jasper AB for the Tour of Alberta bicycle race then back down into the US with stops in Great Falls MT, t the Little Big Horn National Monument in Hardin MT, Devils Tower WY, and Indianapolis IN before getting back to the Richmond area for the 2015 Cycling World Championships and more grand baby Alex time.

After the World Bicycle Championships in Richmond…we headed south with a stop in Knoxville to see Neil’s sister, a few days outside Pigeon Forge TN at Smoky Mountains National Park, a stop in Coffeeville AL to visit Sunflower where the Laubenthal Land and Timber Company owns property that is harvested for timber, and Foley AL on the Gulf of Mexico before arriving at our final stop for the season once again at the Low Key Hideaway in Cedar Key FL for a glorious week of Tiki Bar and doing nothing…then headed on to North Fort Myers for the winter. 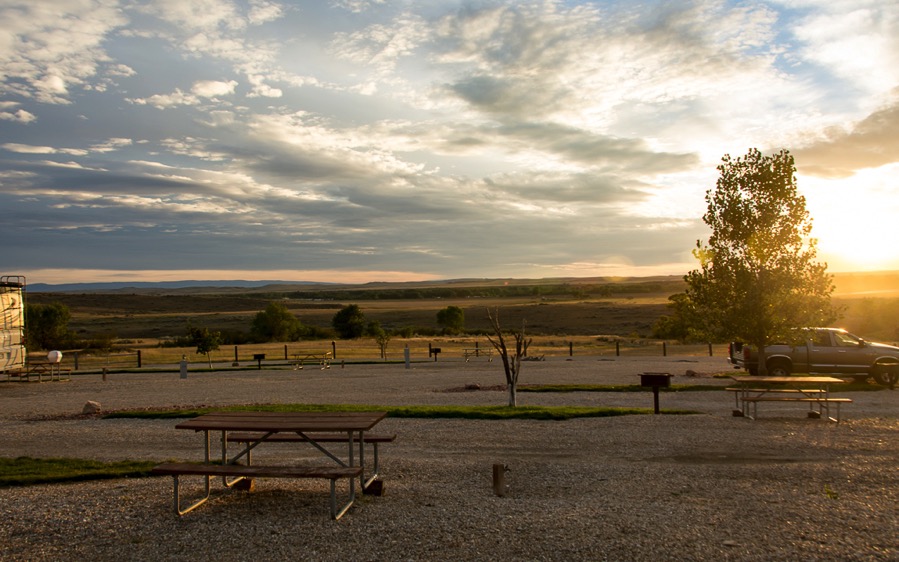 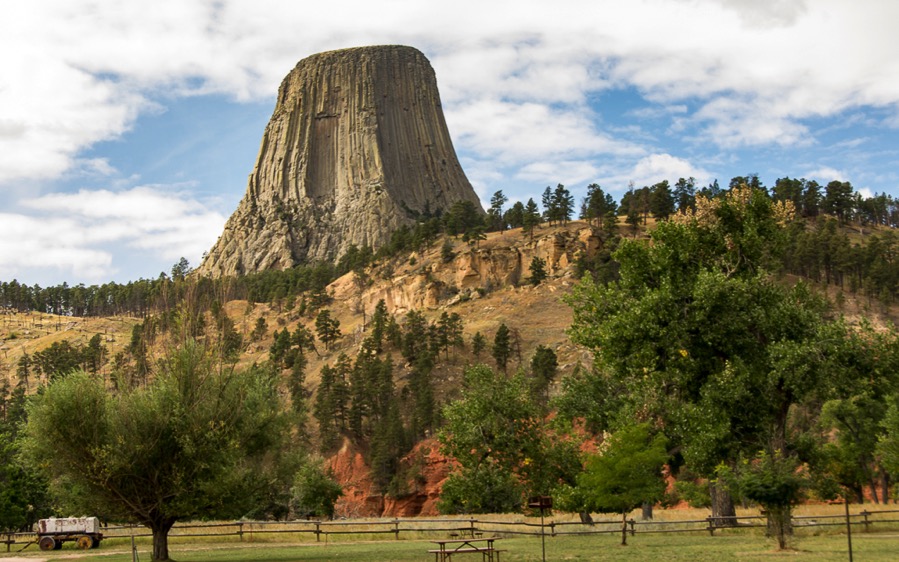 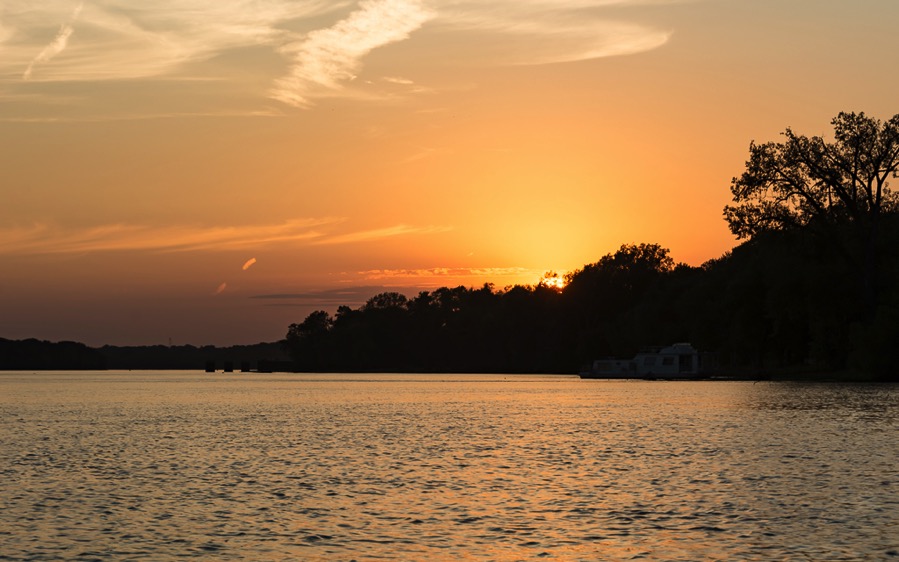 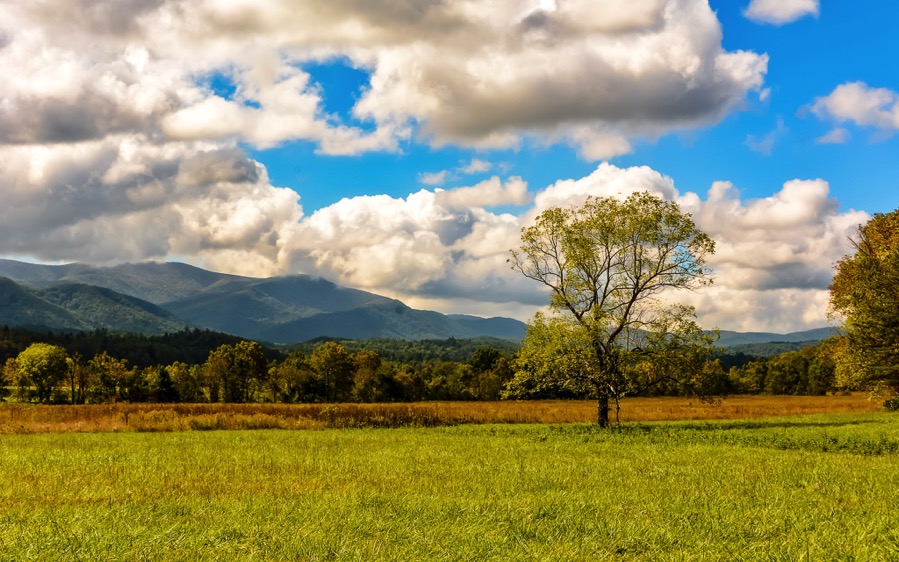 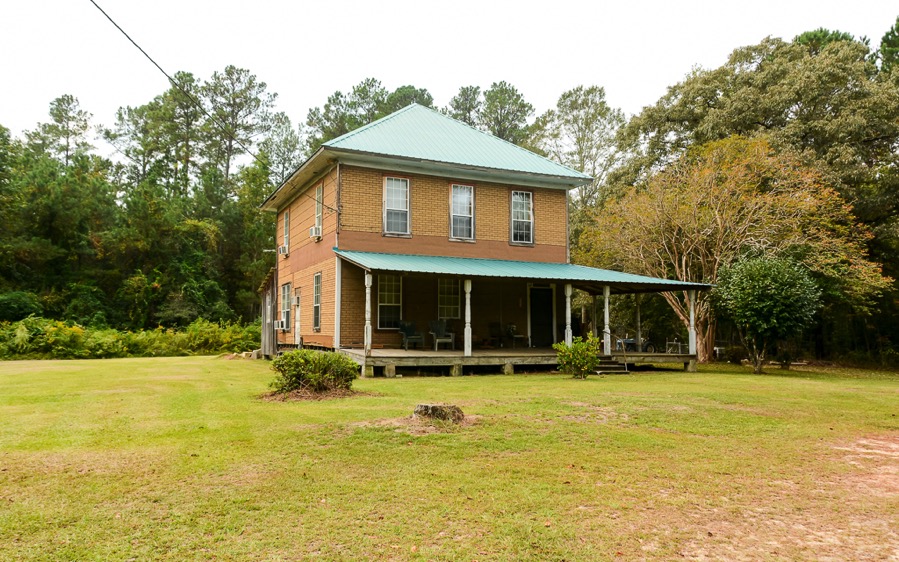 Pro RVing tip…if you’re traveling through West Virginia on I-64…just pay the toll. We normally keep our GPS set to avoid tolls since BAT and the rig normally are pretty expensive on toll roads. Looking at our route the night before…we saw that it was going to detour us onto a couple of US highways around the WV Turnpike and figured it would be just fine. Well…we got a ways down the non interstate and started hearing banjos…it was the worst US highway we’ve ever been on…narrow, curvy, tight overhead and road side trees and in the mountains to boot. Turns out that it looks us 3 hours longer to get where we were going in Grassy Meadow WV and we saved a whopping $7.50 in tolls. So…next time we’ll just pay the toll. Actually this isn’t just an RVing tip…unless you’re really interested in the scenery…which admittedly would have been pretty nice if we weren’t in BAT with the rig in tow…take the WV Turnpike in any circumstance.

Fun fact about Alaska that you might not know…there are a total of 7 ways to cross the Yukon River over it’s 1,982 mile length…4 vehicle bridges, 2 pedestrian bridges, and 1 ferry. We used every one of these on our trip except for the bridge on the Dalton Highway up to the Prudhoe Bay oil fields…and we flew over that one.

Another fun fact you might not know…those Alaska reality shows are really, really fake. Connie likes the one called “Alaska The Last Frontier” which follows the Kilcher family outside of Homer and she was all worried last winter about the family member who was pregnant being all alone when she delivered her baby. Turns out that they live 5 miles or so from downtown, about 1/2 mile off of a paved road with a power line going down it, and if you continue out of town another 5 miles past their property you get to a brand new elementary/middle/high school…so they’re really not out in the boonies at all. If you were to look the other way from their beach (not the way the TV cameras always look) you can see downtown.