Ready to Get Underway

Wow…another long time between posts…but at least this time we got an excuse…we been humpin’ to get all our stuff down so we can hit the road…and I can now say that we’re officially done with our wintertime stay here at Seminole Campground in North Fort Myers.

Since my last post on April 26…we’ve gotten Connie new glasses and prescription sunglasses…on the way home from the Walmart when we picked them up she kept saying things like “wow, the trees have bark” and “look at the birds”. She’s so happy that she can see again and is really, really, really looking forward to getting out on the road again and doing Fun Stuff©.

Other than that…we setup ourselves a list with all the pre-underway stuff we needed to finish up and the favorite bars and eateries we wanted to go to again before we left. Next we put all that on the calendar so that we could (a) space it out and (b) not forget any of it.

So Neil’s been working outside a lot the past couple of weeks…he spaced it out so that he could start by about 0830 or so and be done for the day before it got too hot. Have I mentioned that it’s been brutal the last 3 weeks…well, it has. Highs in the upper 80s to mid 90s and only down to 70s in the nighttime…so we’ve had to have the A/C on almost continuously…although we did get a couple of nights where it was cool enough and low enough humidity that we opened up for the night just to get some fresh air into the rig.

Checking air pressures, greasing things, washing the rig…yeah…we done it all and today was the grand finale. Neil spent about 3 hours outside putting everything that’s been taken out back where it goes…had to find a new place for a few things but he’s not got it all stowed away and we’re ready to travel except for slides and utilities Monday morning.

Still need to dump and flush our black and gray tanks tomorrow and then fill them half way and toss in some vinegar and Dawn degreasing dish soap…our gray tank in particular gets a film on the inside from all the grease from the kitchen drains and then the level gauges don’t work right. We have SeeLevel tank level systems installed which use a strip sensor external to the tank…it can tell whether there’s water or air on the other side of the tank wall and hence knows where the water level in the tank is. Unfortunately…greasy buildup on the tank walls makes it not work right…it thinks there’s water when there’s actually air. The solution is to fill it halfway and then dump in 3 gallons of vinegar and a couple cups of dish detergent then tow the rig on a travel day…followed by dump/flush immediately on arrival…the gray tank water when you do this looks like milk even though you fill it halfway with clean water. Neil usually has to do this trick twice on our departure from Seminole and then the tank reads right all summer…he does it twice again just before we get back here for the winter.

Our local eagle family has finished their nesting duties for the season…eaglet E9 fledged on March 14 and hasn’t been seen at the nest since May 2…it and it’s parents Harriet and M15 haven’t been seen much either as they’re all off teaching E9 how to hunt, fish, and survive.

Here’s a shot of Connie with her new glasses…they’re Sophia Loren frames…she got slightly larger ones than she had before. 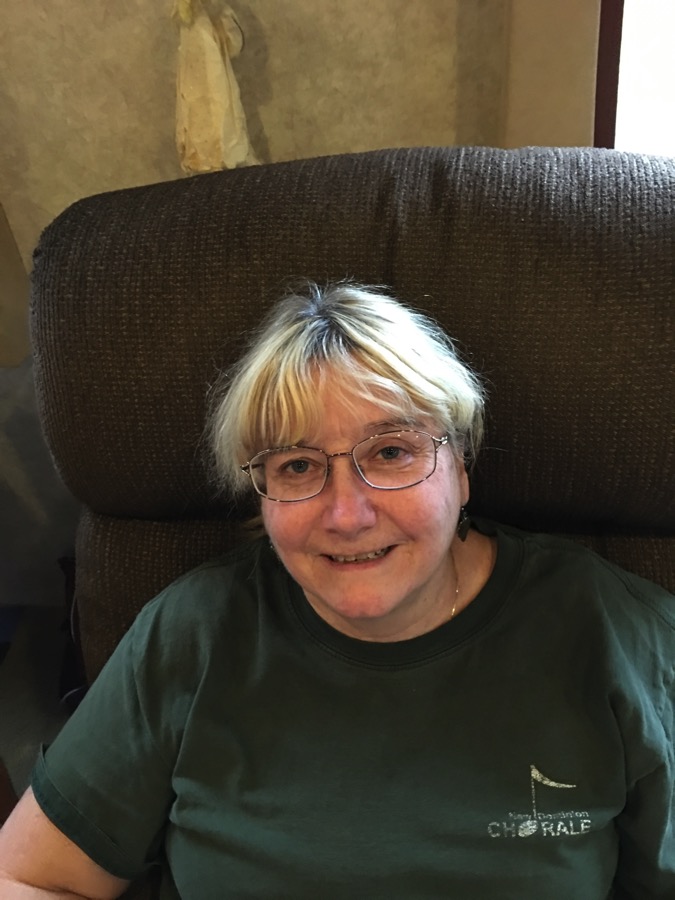 And here’s a shot of our last foray over to the Ragged Ass Saloon on Pine Island…another great time had by all. As you an see from the bumper stickers and signs in the background…this place has character. We had our usual Italian sausage stuffed banana peppers and a Caribbean pizza along with a couple of brews.

Let’s see what other interesting stuff Neil found for ya.

Didn’t get a photo of it…but at the Nauti Parrot the other night the bar back had a t-shirt that said “Land of the free…because of the brave.”. He was a Marine (no such thing as an ex Marine) who served over in the Gulf…we thanked him for his service and agreed with the sentiment on his shirt.

Ya know what these are doncha…bacon seedlings.

It actually does exist.

Not so sure this is a great place for an electrical outlet…Ima thinking it’s probably not up to code.

This park is on a street named Busty View. 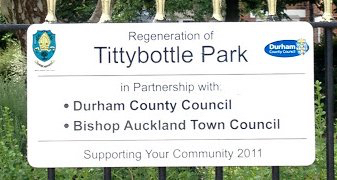 And finally…we would really, really like to find out what the back story behind this sign is.

We’re on the road early Monday morning…will post again but probably not until we get to the New Horizons factory in Junction City KS…we’re driving 5 straight days to get there, that will be our highest number of consecutive travel days since we hit the road in 2012.

I know I already said my normal Cyas…but I gotta tell ya about this truly outstanding dinner Neil made. It’s so good I’m gonna make him cook it for Bill and Linda when we see them.

He thought he was inventing it…he was making Bolognese sauce (that’s meat and tomato pasta) sauce…but he was going to do it with white wine and cream instead of tomato. Turns out that this is actually a normal Italian dish called White Bolognese with Rigatoni…so somebody thought of it first. The key idea here is the 2:1 ration of meat to pasta…and the way you reduce the sauce before putting it in the pasta. He was really amazed that something he essentially was making up as he went along turned out to be a normal (albeit not seen much in America as opposed to Italy) recipe.

OK…here’s what it is. To feed 4 (we were making leftovers for Monday night on the road) you need 8 oz of rigatoni or other tube type pasta…the kind with ridges is better but any will really do.

Saute an onion and 1/2 of a green pepper (if you have it) in some olive oil until mostly done. He also put in about 2 tablespoons of dried celery (or about a half cup of chopped if you have fresh…which we never have.) Then add about 8 oz of Italian sausage chopped into 1/2 inch pieces…although we actually used pound venison sausage instead because we had some from our friend Jeff (thanks Jeff…it went really great in this dish)…and 8 oz of ground beef (or veal or pork of whatever you want…doesn’t matter). Cook all that until it’s done and then the last couple of minutes add 3 or 4 cloves of chopped garlic (or powder if you must). Once all is done…go ahead and start cooking the pasta (you shoulda started boiling the water already since it’s supposed to start cooking now instead of starting to heat the water now) and put in 8 oz of rigatoni (for 4 really generous servings) If ya ain’t got rigatoni…then you can use linguini or macaroni or noodles or whatever pasta you like…since all pasta pretty much tastes the same…but rigatoni with the ridges holds the sauce better. If you’re using fresh chopped mushrooms add them (8 or 10 chopped) about 2-3 minutes before the garlic. If using canned…just add them anytime since they’re already cooked. While the pasta is cooking …add a cup of white wine to the meat/veggie mixture and cook until almost dry. Then add 1 cup of chicken stock (or water) with 1 beef bullion cube in it along with the liquid from the mushroom can (or a little more chicken stock if not) and again cook until almost dry. Then add 3/4 cup or so of half and half or cream and a whole bunch of basil and marjoram…we were using fresh that our notary gave us last week so it’s like 30 leaves of basil and 20 or so marjoram…if you’re using dry then I would use like 2 tablespoons of basil and 3/4 teaspoon of marjoram. Turn the sauce off…and check salt/pepper to taste.

When the pasta is done…save about a cup of the pasta water, drain the rest of the water, and put the pasta back into the pan you cooked it in and add the sauce. Let cook over medium heat another minute or two and add as much pasta water (it’s got starch in it to thicken the sauce) as seems right. The final result should be wet but not soupy/saucy.

Put into bowls and top with fresh grated Parmesan Reggiano cheese (or that crappy stuff in the can if you insist…but we always, always have a chunk of Italian imported Parmesan Reggiano in our fridge…just get it as it’s so much better than the green canned stuff. Sure…it costs 14 bucks a pound but a pound lasts easily 6 months even at the rate we eat pasta and never pre-grate it…it just ruins it.)

Neil (and Connie) thought that this would be decent but not great…but I gotta tell you this is the best thing he cooked in a couple of months. Really, really good. I gotta tell ya’…he may have made his last pot of tomato Bolognese…Connie likes that but the tomato sauce acidity gives her tummy issues with her acid reflux problem. The technique of cooking the sauce until the wine and then the stock is almost dry before adding the cream to concentrate the flavors also helps achieve the final result.

Really, really good…in fact it’s the best thing he’s made since the duck breast he cooked on Easter.

5 Responses to Ready to Get Underway