The Eaglets are Growing Up

The two eaglets down at the local nesting site are 68 and 69 days old today…which means they’re right at the beginning of the two week period during which they should fledge the nest…which means they take their first flight. Since they’re now big enough to hop around the nest…Neil got up at the ungodly hour of 0500 this morning so that he could be there just about sunrise to get some photos.

He arrived and got set up a couple of minutes before 0700…and had just missed M15…the male half of the mated pair…fly off towards the south in search of breakfast…shoulda got there 5 minutes before and he could have gotten some shots of that. He did observe Harriet…the female adult…perched on an upper branch and she stayed there until without moving until he left about 0930. The babies…E10 and E11 based on hatching order…but then they’re really not babies any more as they’re almost as large as the adults…were hopping around the nest, up to what’s called the veranda and also to another branch over the nest and almost continuously stretching and testing their wings…from the way they almost lifted off on the downbeats they’re getting pretty close to fledging.

About 0820 or so M15 returned with a single small fish which was immediately claimed by E10 as it’s a little larger…from their size with only a single day in between hatching E10 looks to be female and E10 male as it’s smaller. He then had a conversation with Harriet for a couple ofd minutes and flew off for more breakfast…heading west. He returned after Neil came home with some sort of mammal road kill and fed E11.

Once he got bored and came home he made a couple of chicken sandwiches out of leftovers from Sunday and then Connie headed off to choir…she’ll pick him up later for dinner and Bingo at the Elks.

On to the photos.

When the moon hits your eye like a big pizza pie…that’s amore. 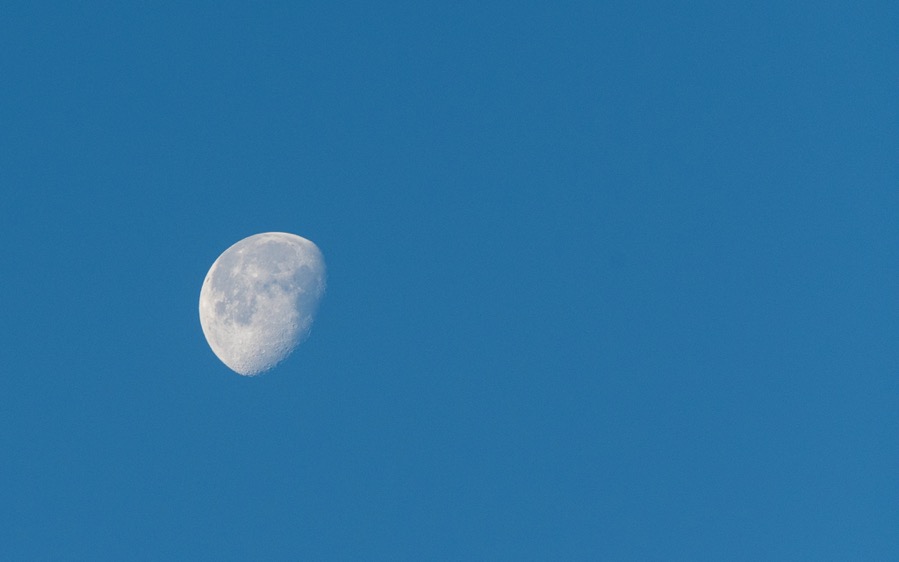 And here’s the amore part…a couple of likely mated wood storks that flew by. 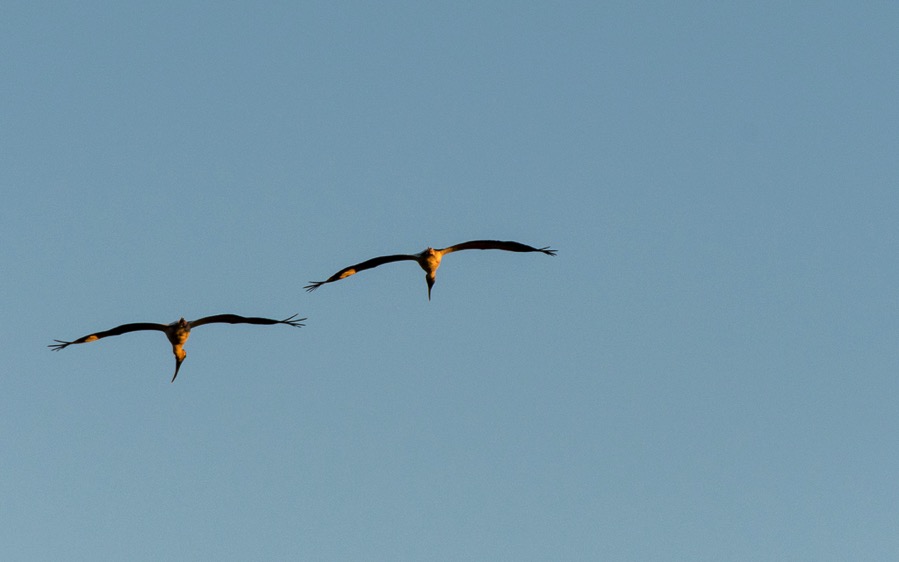 One of the eaglets on the nest.

Then one of the storks came back and landed on a nearby tree…stayed a couple of minutes and departed. Neil got a nice sequence of it’s somewhat ungainly takeoff roll…definitely STOL (short take off and landing) capable but not pretty…and again, a bird with a face that only a mother could love. 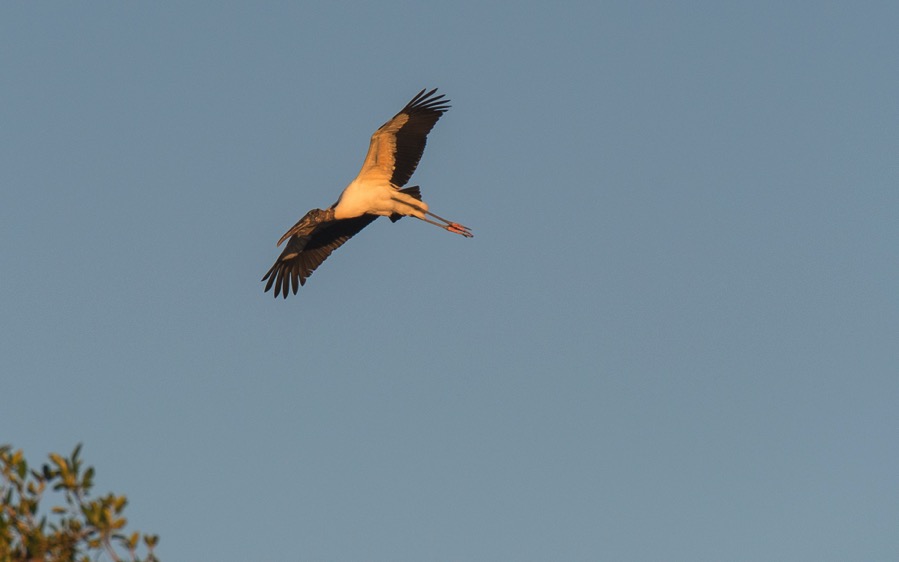 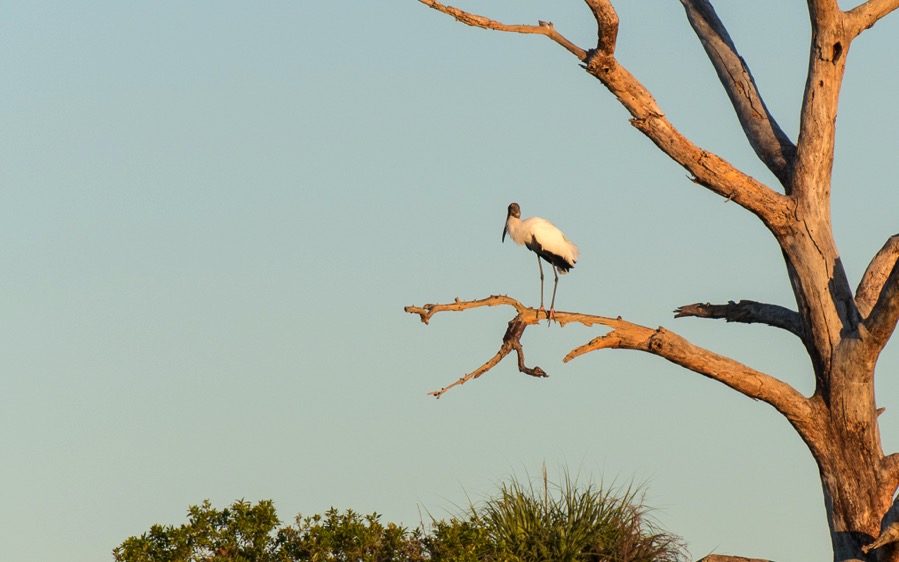 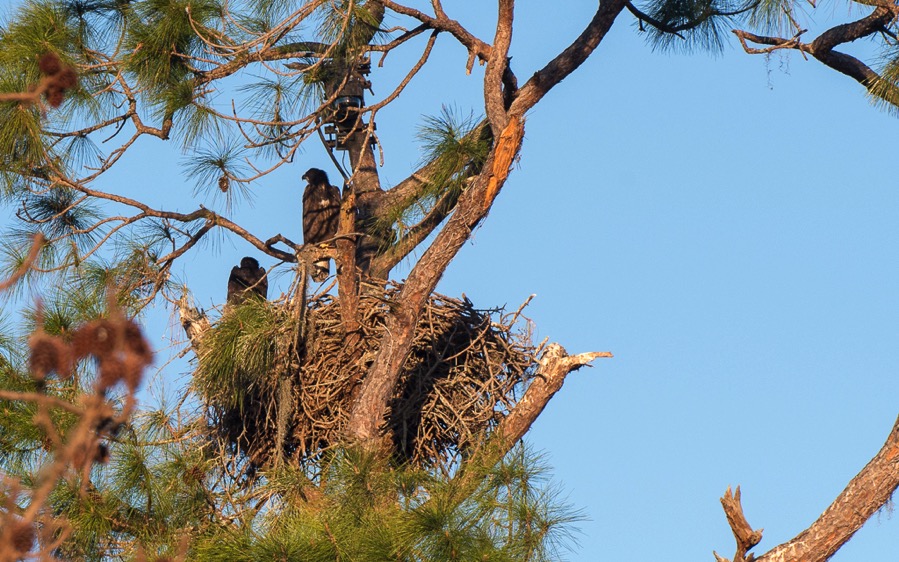 And mom…although Neil walked around the nesting tree about 90 degrees clockwise and took this one from the street side instead of the church parking lot where he was for the rest.

This is a tree just inside the posted No Trespassing area where the nest is…it was a casualty of the Hurricane Irma back in the fall. 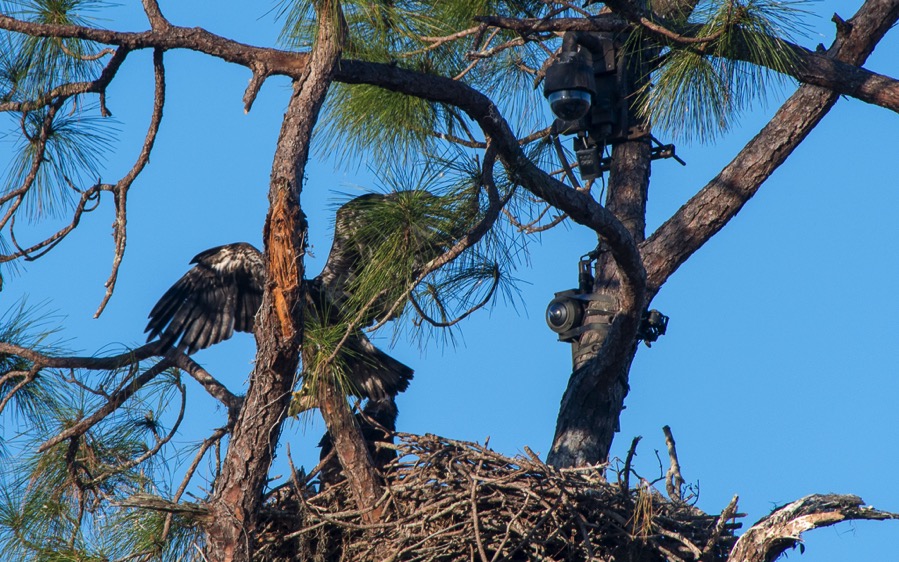 The head of the local branch of the Hell’s Angels.

M15 right after he dropped the fish off that E10 claimed…Neil didn’t see him coming so didn’t get any cool flight shots of him today. 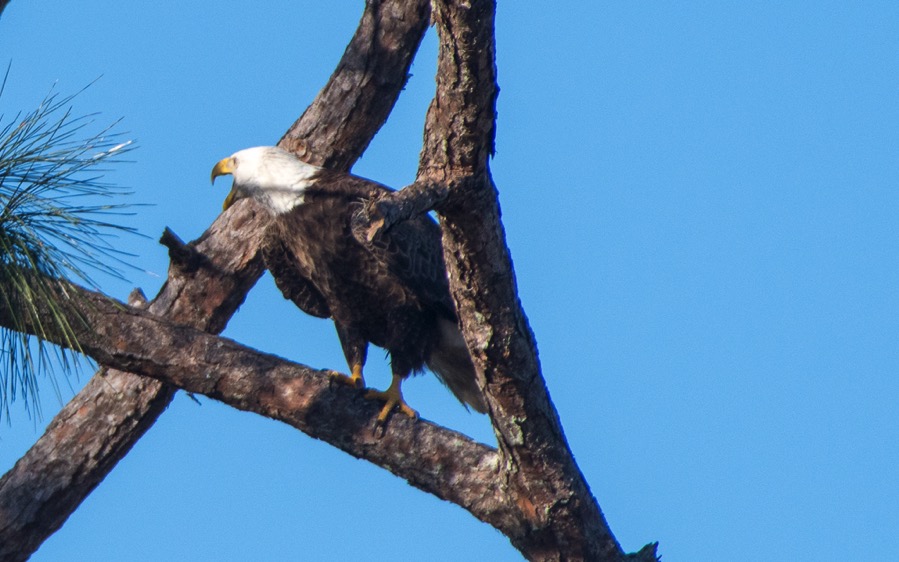 A family portrait of the eagles…Harriet at upper left and M15 to the right…with E11 off to the far left and E10 is just barely visible to the left of the main trunk…he’s head down and butt up at this point eating the fish.

One of the horses in the posted area with the nest.

Nothing much else going on here…we’re down to our last 2 months here at Seminole and our planning and reservations for the upcoming travel season are pretty much done. We’ve got a list of pre-underway tasks going and will be checking them off as we do them…maintenance and preparation for departure mostly.

Commentary on the current “ban guns” debate. Funny how progressives have a different way of reading the Constitution depending on which part they’re reading. If it’s the 2nd amendment…they want to parse it and figure out a way to enact “sensible gun control” despite numerous affirmations by the Supremes that the amendment distinctly grants an individual right to own. Progressives ignore that and continue to try and nibble around the edges. However…when it comes to voting rights…which by Constitution are limited to citizens…when states pass laws to require proof of citizenship in order to register to vote and proof of identity when voting…they get all up in arms and demand that no laws can be passed that infringe on this right. Funny…we have to have an ID to buy booze or drive but not to vote…I’m even OK with requiring presentation of an ID to buy a firearm…but not in favor of registering all of them with the government…which pretty much makes presenting an ID to buy an exercise in futility.

She’s the Queen…she can move in any direction.

So that’s why they died out. 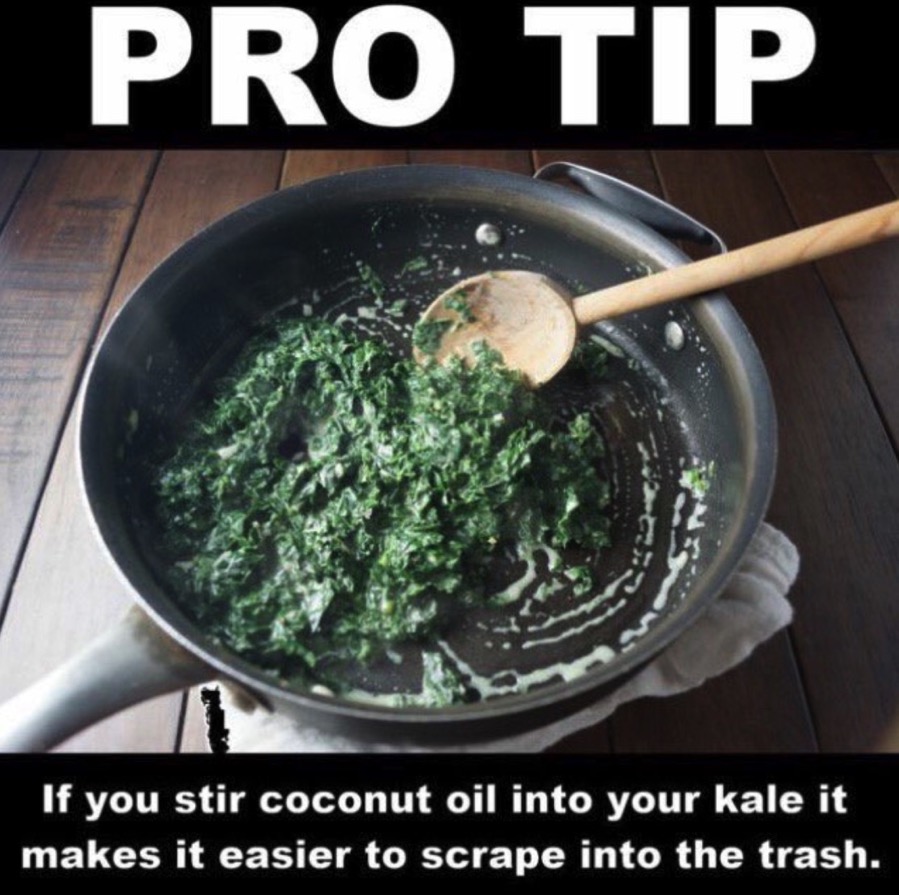 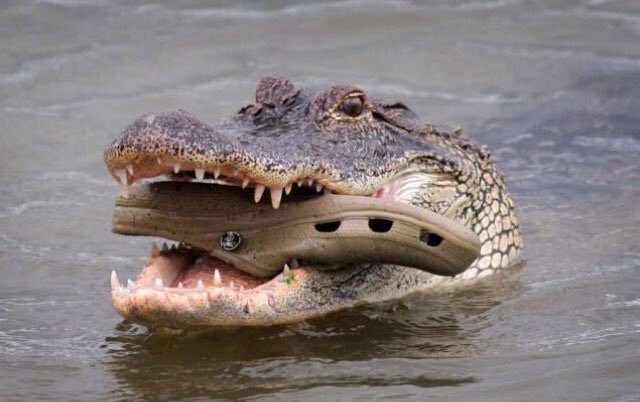 Don’t speed in Michigan…they have some serious potholes.

God Bless the USMC…when there’s a crisis that needs solving the President wants to know two things…where are the carriers and where are the closest Marines.

Ya’ call that a pothole? 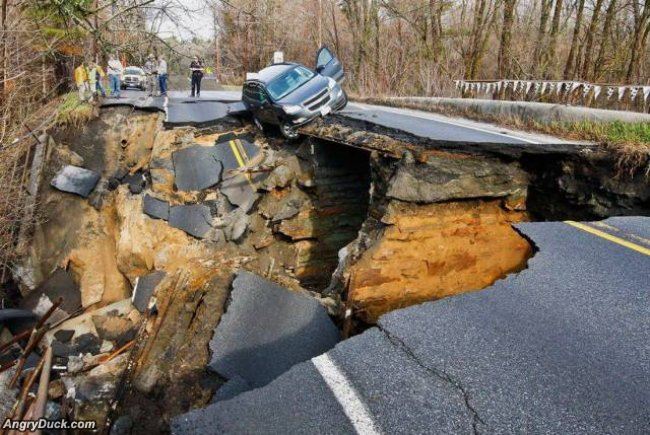