Well…as advertised…the humans headed off early yesterday morning to see what they could see. Talk about early…they set their darned alarm clocks for 0500 freaking o’clock…how’s a bear supposed to get his beauty rest when they get up that early. Ima blaming it on the damn birds…ya gotta be at the bird site at sunrise in order to get any decent pictures because by 0900 the amount of bird activity drops way, way off.

At least they were up and out of the rig quick…so I was able to catch a couple more hours of zzzs while they took their darned fool butts off to wander ‘round the swamp. Here’s their report…

We arrived at the parking lot at Corkscrew Swamp Sanctuary about 40 miles south of here a bit after 0700 with sunrise scheduled for about 0735…we had stopped by Loves and picked up a couple of cups of coffee instead of making it ourselves before we left. Once we got to the lot…there were 3…count ‘em 3…other cars there and at least one of ‘em belonged to the lady in the gift shop. We ate a croissant that we had saved for breakfast and about 0715 we headed into the shop for a much needed bathroom break and to pay our $14 each entrance fee. Once that was done we looked out side and decided it was light enough so we headed out.

Now the basic layout of the sanctuary…which is owned and operated by the Audubon Society…is a big loop heading mostly northward from the visitor center with a lookout over the grassland at the far end. The right (west) side which is the advertised path…mostly goes through grassy/tree filled areas and has mostly song birds and raptors/hawks in it along with a few grassland birds.Based on our previous visits…wildlife sightings are much less common over on that side. The eastern side of the loop is in the swamp and goes past a couple of areas named Upper and Lower Lettuce Lake…they’re fairly large (a couple of acres probably) in size and the water is low enough by this time of year that the wader birds are close to the lake as most of the non-lake areas of the swamp have pretty much dried up by now.

Before I get into the photos…let’s talk about the effect of Hurricane Irma on the sanctuary last September/October (can’t remember which it was). The dry side of the boardwalk stays pretty dry most of the year but in the rainy season (June to December) there are a few streams and rivulets over on that side. In the dry season (December to May…that side is pretty dry. The swamp side is fairly deep in the rainy season…the water probably averages 4 feet deep which is way too deep for any of the wading birds and the water level is maybe 1-2 feet below the boardwalk. In the dry season…the water is 18 inches or less deep mostly and the level is 3-4 feet below the boardwalk.

The problem is that Irma came ashore just south of Naples and pretty much went right over the sanctuary…since it’s all connected to the Everglades ecosystem I’m guessing that the boardwalk was under 2 or 3 feet of water at the height of the flooding. It is designed to survive that but as you’ll see in the photos below there was some damage due mostly to things falling onto the boardwalk.

It’s pretty much back to normal now…a few areas remain closed and the boardwalk is pretty beat upbeat they’ll eventually get the rest of it fixed I guess. Anyways…on to the photos. I’ll turn it back over to the bear for his commentary.

This is a double processing of the same shot…the first is done just with Lightroom and the second with Luminar…and I can’t decide which I like better. The brightness in the first is closer to what he remembered but the colors are closer in the second one. I guess I should have upped the exposure in the second one just a tad and it would be spot on. 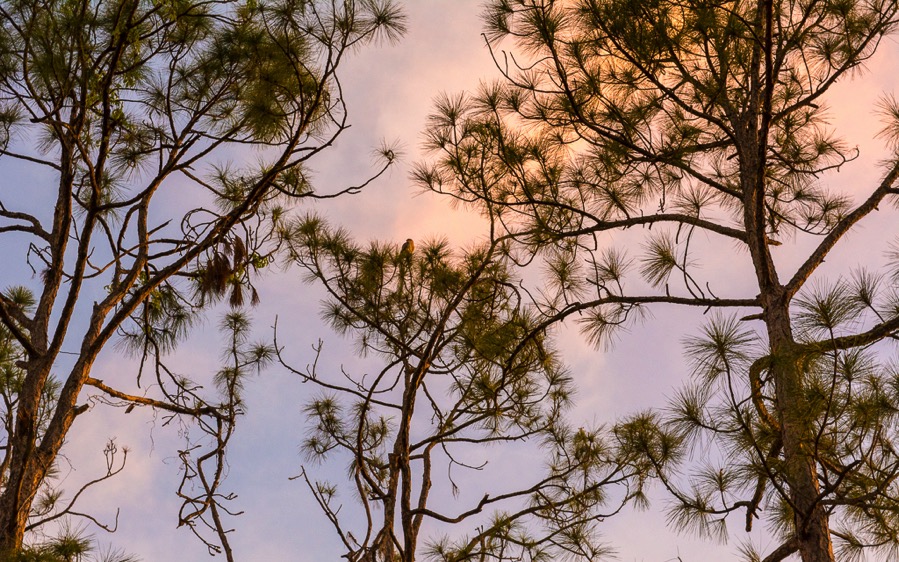 And yes…you’re right…that is a bird at the top of the tree in the center of the shot…Connie took the above with her lens but Neil was able to get a little closer shot with his 750mm lens…it’s a Red Shouldered Hawk.

Another shot Connie took of the sunrise. 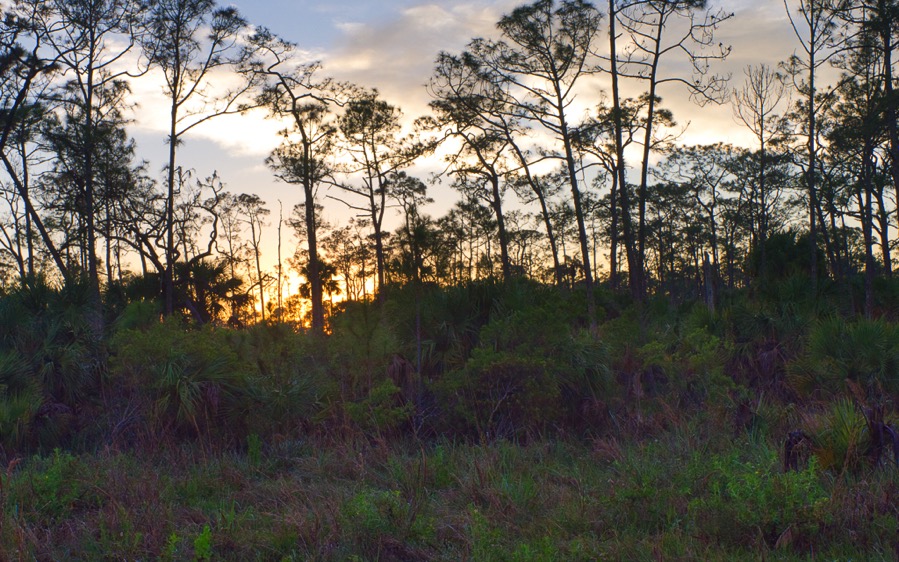 Here’s a sequence of a Great Egret that Connie took…she had her shutter speed a bit low but was afraid to push her ISO any more…her old camera started to get noise at ISO 2000 but her new one (Neil’s old D7100). She could have gone up to 4000 easily but I kinda like the bit of motion blur the shutter speed gave the shots. 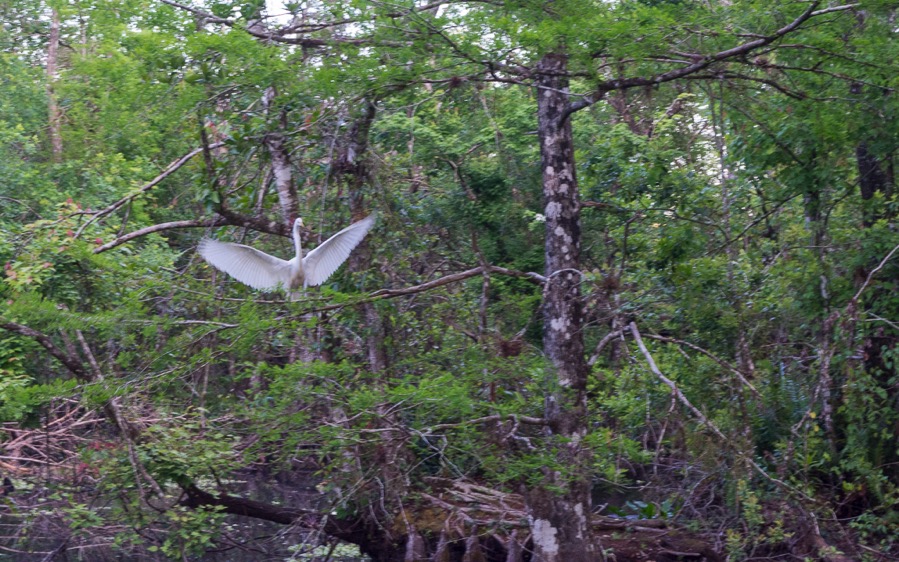 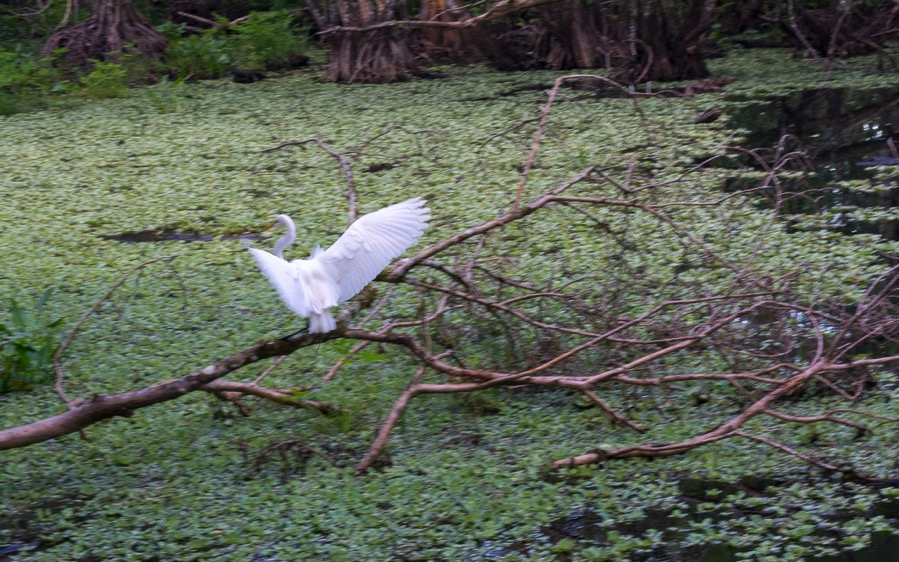 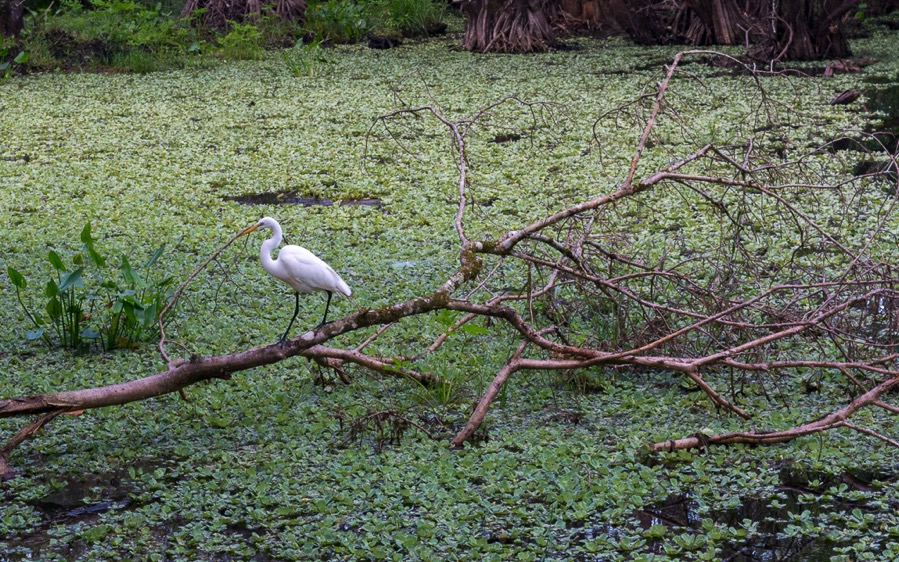 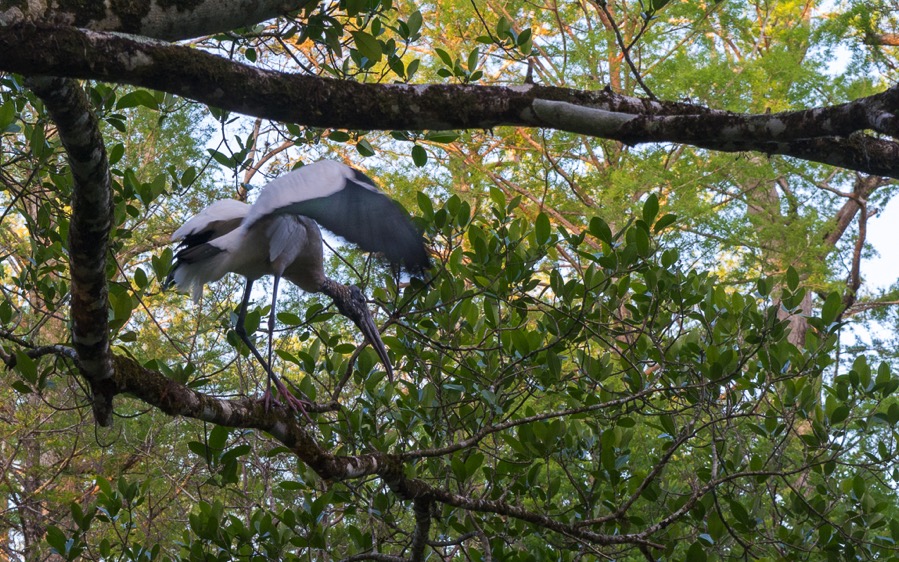 General scenery and plant life…Connie likes these and refuses to carry a long enough lens (too heavy) for really close up wildlife…although she did pretty good as the Great Egret, Wood Stork, and Cowbird above were all her shots. 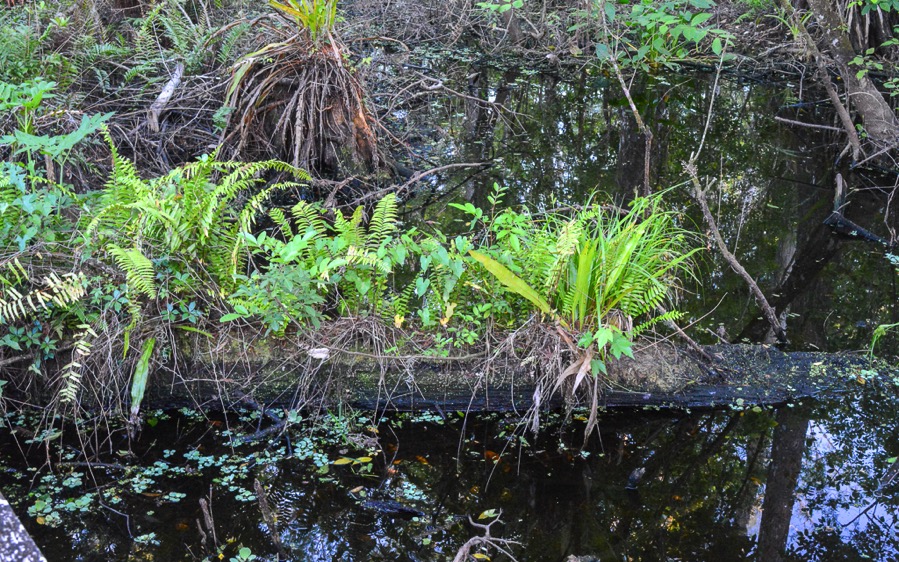 She got some really cool reflection shots as well…the water was dead still and with the early morning light it was really beautiful.

Neil’s fave reflection shot of the day…she took it but he processed it in Luminar to bring out the colors and reflections.

Great Egret…Neil got this one as he had the Bird Lens© and tripod installed.

Juvenile (immature) Yellow Crowned Night Heron…we originally thought this was an American Bittern but on further review and looking at Peterson’s we changed to the correct species.

What you talking’ ‘bout Willis? 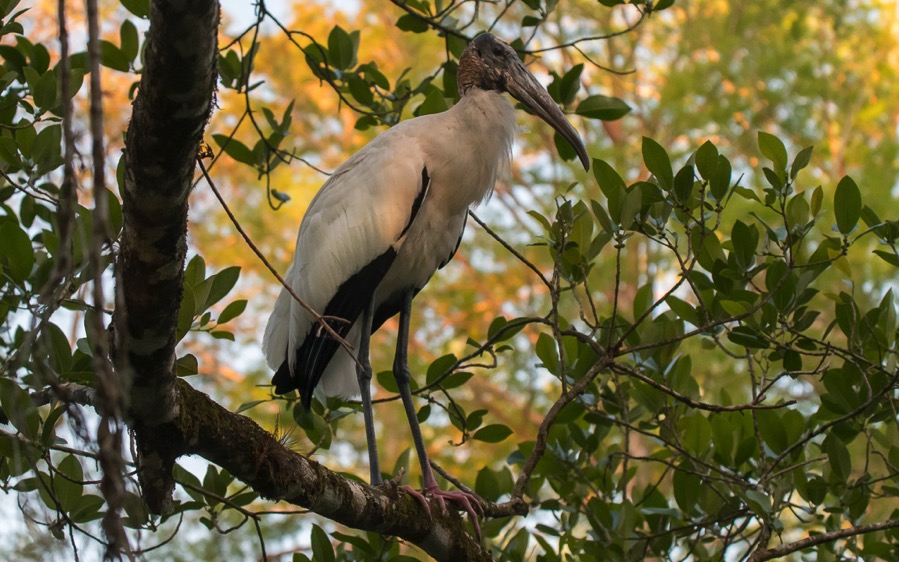 In flight…this species is one of the most striking birds you’ll see. Long white wings with black trailing edges and neck extended. Up close however…it’s the ugliest thing one can imagine…a face only a mother could love and I’m not even sure ‘bout that.

Juvenile Yellow Crowned again…Neil is pretty sure all of the shots in this post are of the same individual.

The only Great Blue Heron we saw today…usually these are like lice and are everywhere but strangely absent today. We did spot a Tricolored Heron which is very similar but were not able to get a photo of it. 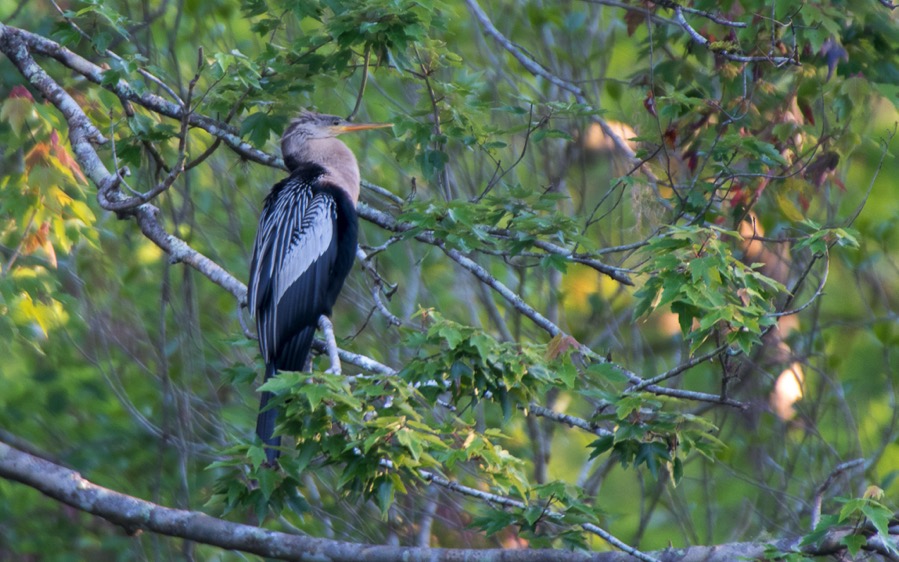 And the juvenile Yellow Crowned Night Heron after he caught breakfast.

Some of the hurricane damage. This is the sign that used to mark one of the named very old Cypress trees in the sanctuary. 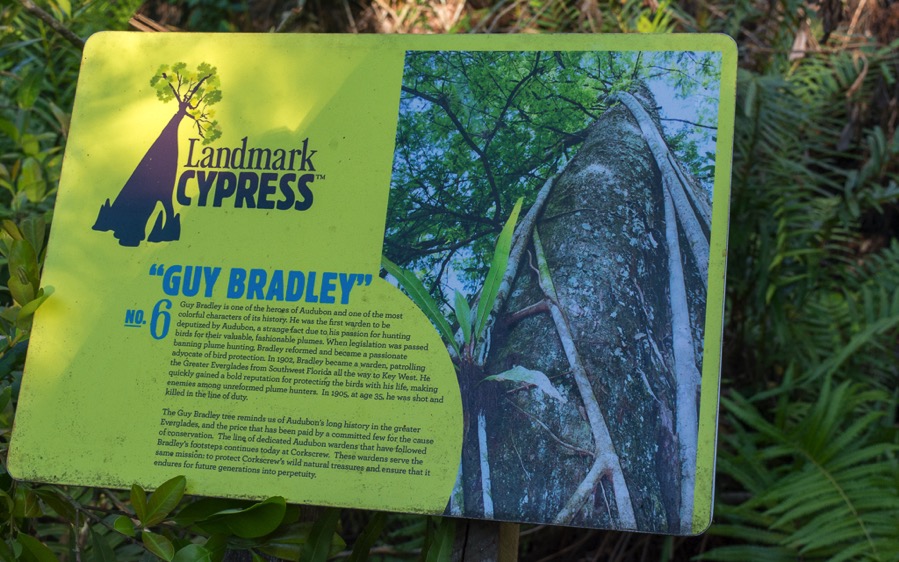 It’s about 6 feet in diameter and was pushed right over by the wind.

The Anhingas again…same pair as the shot above with the male staying very close to his lady friend to keep any rivals from seducing her away…male to the left. 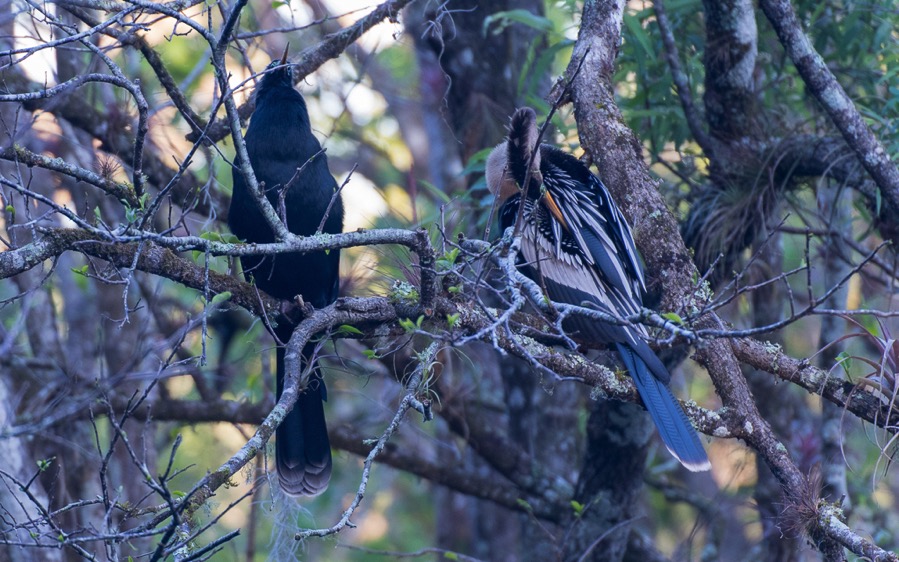 And another shot of the same pair…I put this one because we never realized until today how bright green Anhinga eyes are…we’ve seen literally thousands of them and never noticed.

More Hurricane Irma damage…this short offshoot of the boardwalk is going to be left permanently closed to show the effects of the storm. 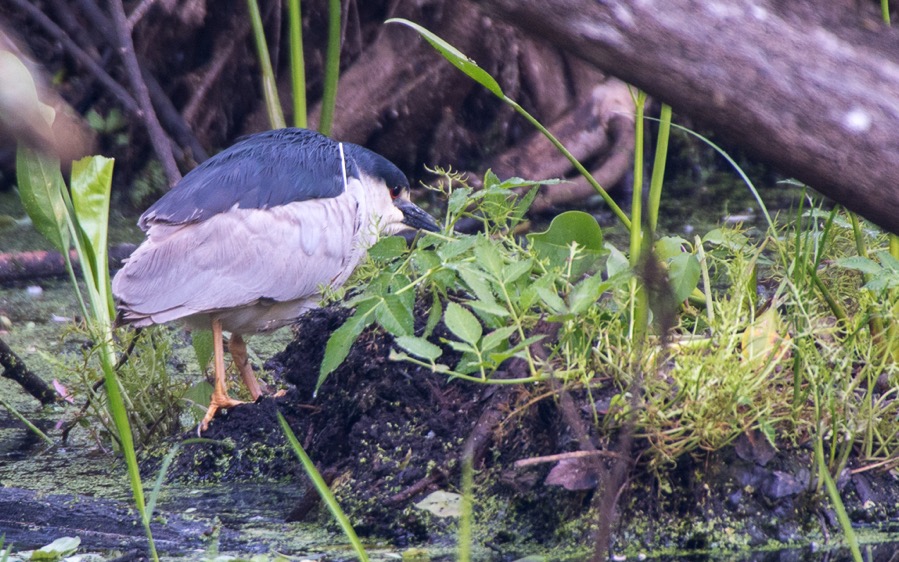 Another tree that came down during Irma…although this one fell cross the boardwalk. The staff cut a section out and rebuilt the boardwalk late last year.

Kingfisher butt…sorry about the lousy shot but it’s the best Neil could do. They’re hellishly hard to get a shot of as they rarely sit still more than 5 seconds or so. Add in their small size and getting a closeup is really, really hard.  This shot was taken at maximum zoom on his bird lens and then cropped to about 1/7 of it’s original size.

Barred Owl. We heard this individual all morning and finally spotted it on the way out of the boardwalk about 1000. There was a hawk of some sort harassing it…probably a territorial thing…but we never were able to get a shot. 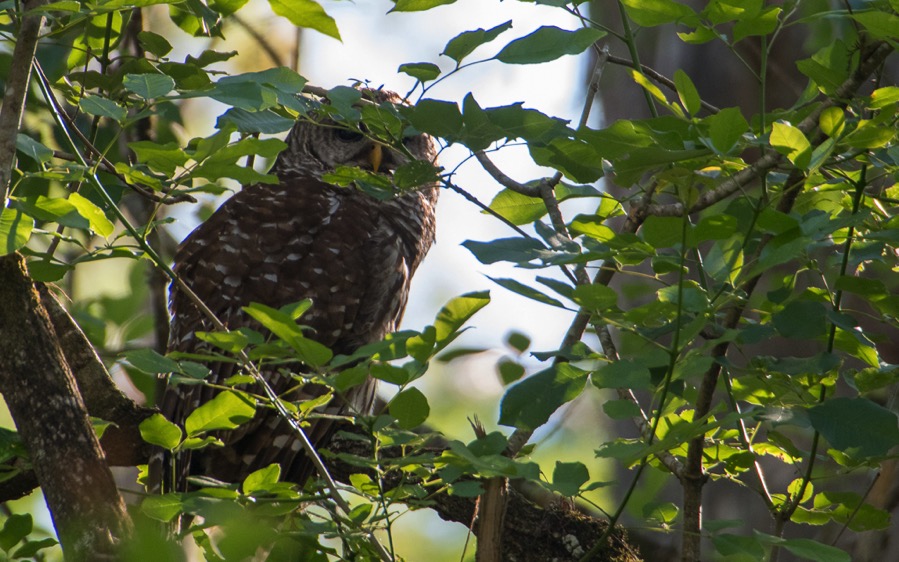 Great Egret on the hunt…Neil was never able to get a shot of it when it struck at a fish.

And this is the adult Yellow Crowned Night Heron…what the juvenile above will grow into eventually. Compare this with the shot above and you’ll figure out why the Yellow Crowned and Black Crowned names came about.

And finally…this is the stork sculpture located outside the visitor center…they even decorated for Saint Paddy’s Day.

Seems suspicious to me. 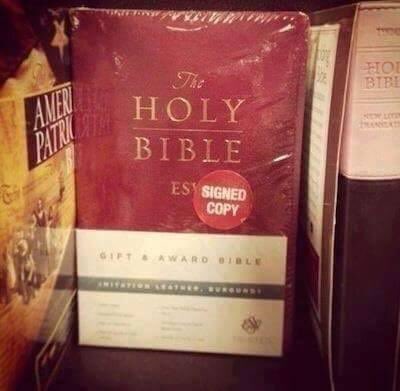 How you get off the bus in Canuckistan. 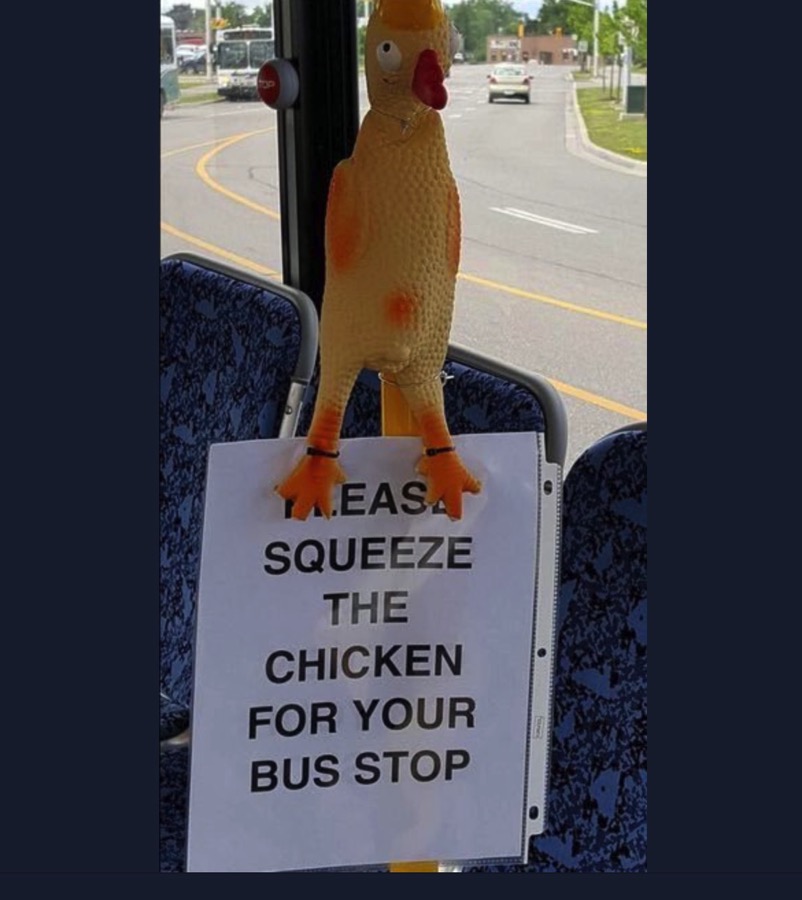 Drawbacks of being 100 years old.